Former President Benigno “Noynoy” Aquino III, the country’s 15th president, has left behind a legacy of helming the country’s financial stability, record economic growth, and securing a resounding legal victory over the Philippines’ territorial claim over the West Philippine Sea against China. But it was also a legacy tarred by perceived indifference to the plight of the masses that essentially sapped what remained of his political capital at the tail-end of his term in 2016 and paved the way for the administration of incumbent President Rodrigo Duterte.

Noynoy Aquino’s presidential campaign in 2009 wasn’t in the cards up until the passing of his mother, former President Corazon “Cory” Aquino, who died due to cancer in August of that year.

With the public swept by a wave of grief and nostalgia over what was dubbed as “Cory Magic,” Noynoy Aquino hit the 2010 hustings to the drumbeat of an anti-corruption campaign typified by the slogan “Kung walang corrupt, walang mahirap (If there is no corruption, there is no poverty).” The anti-corruption brand also sought to drive a wedge against the administration of Gloria Macapagal-Arroyo, who left office in 2010 saddled by allegations of corruption and vote-rigging.

The former congressman and senator admitted that he did not have the slightest of presidential ambitions, and that it was only "fate" that vaulted him, the only son of democracy icons Cory and Benigno "Ninoy" Aquino, into office.

"Kayo ang boss ko"
Noynoy Aquino’s campaign slogan of “Kung walang corrupt, walang mahirap” also became a prelude to the popular aphorisms he gave at the initial stages of his administration that resonated with the public and became one of the defining brands of his presidency.

The catchphrases, the presidential speeches that were delivered in Filipino, and Noynoy Aquino's image as a reluctant president averse to the trappings of power, became a breath of fresh air and endeared the PNoy administration to the public during the initial honeymoon stage.

Noynoy Aquino also made repeated allusions to the corruption and excesses of the Arroyo administration, even forming a Truth Commission headed by former Chief Justice Hilario Davide. Aquino's tirades against his predecessor became a recurrent soundbite throughout his administration, a feature that eventually wore itself out as a tired refrain in the waning years of his tenure.

With the Arroyo administration riddled by the multimillion NBN-ZTE deal with China that was scrapped following corruption allegations, Aquino instituted a more transparent public-private partnership mode or PPP for funding big-ticket investment projects. Ambitious at first for its scale and pledge of transparency, the PPP pipeline was eventually derided for its slow implementation, with some private sector players dubbing PPP as "power point presentation." From the initial target of over 50 projects, the PNoy administration ended with having completed only four PPP projects.

Landmark legacies
One of the biggest victories of Noynoy Aquino during his term happened in March, 2013, when the country clinched its first-ever investment grade rating given by credit rating agency Fitch Ratings. The upgrade, which has been long-sought by past presidents, was a much-coveted seal that proved the country's financial house was finally in order. It also signified the durability of the country's economic growth, and ensured cheaper access to credit for the government, private sector, and even for consumers. 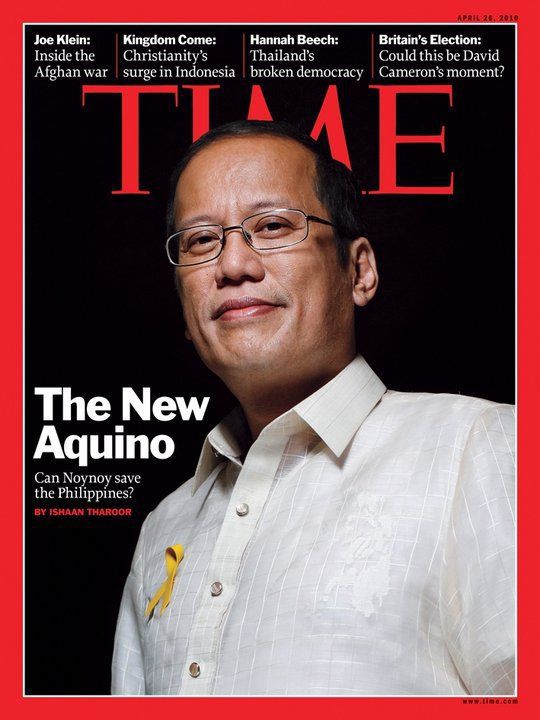 During the six years of the PNoy administration, the country's economy grew at an average of 6.2% every year, even hitting a peak of 7.2% in 2013. It was a historic growth clip not seen for decades that made the Philippines often play second fiddle to China as the second fastest-growing economy in the region.

Another landmark legacy of Noynoy Aquino happened after he stepped down from office. On July 12, 2016 the Arbitral Court at the Permanent Court of Arbitration in The Hague ruled in favor of the case brought by the Aquino administration that sought to invalidate the claims of China over the South China Sea due to a supposed “nine-dash line.”

The Hague case also symbolized the adversarial stance that the Aquino administration took against China over its aggressive claims in the South China Sea, with Aquino oft describing China as a “bully.” The Philippines was hailed also by pundits as a small country punching above its weight by standing up to a "regional bully."

Controversies
The first controversy that Noynoy Aquino grappled with happened just months after he assumed office when Rolando Mendoza, a disgruntled cop, hijacked a tourist bus in Rizal Park on August, 2010 that carried mostly tourists from Hong Kong. The incident dubbed as the Manila Hostage Crisis resulted in the death of Mendoza and eight hostages after negotiations broke down during a 10-hour standoff. Aquino received criticism for the failed negotiation with Mendoza, and also for smiling during the press conference. Aquino apologized and said his smiling was only due to his exasperation.

But a couple of natural and manmade disasters in the latter half of the PNoy administration eventually sullied the popularity of Noynoy Aquino.

In November 2013, the administration received much flak for its slow and inadequate response to Super Typhoon Yolanda, which barreled through Eastern Visayas, left over 6,000 dead, and displaced millions in its wake. The issue led to Noynoy Aquino issuing a rare apology months after the tragedy.

In a famous soundbite that has since been weaponized by PNoy's critics but the palace that time said was being taken out of context, the president was reported to have admonished a businessman crying for help in Tacloban, "Eh buhay ka pa naman, di ba?"

A major blackeye for the Aquino administration also happened in the early morning of January 25, 2015 in a tragedy that has been since called as the "Mamasapano massacre," where 44 members of the Special Action Force (SAF) of the police died in a bungled attempt to serve an arrest warrant to the high-profile terrorist Zulkiflie Abdhir alyas Marwan.

The tragedy led to a string of investigations on who should be implicated in the debacle. It also heavily bore on the image of Mar Roxas, who was then the Interior and Local Government secretary during that time but who maintained that he was kept out of the loop for the operation.

In one striking incident that made a mark on the public psyche, Aquino skipped the arrival honors for the slain SAF personnel at the Villamor Air Base in Pasay and instead attended the inauguration of a new car manufacturing plant in Sta. Rosa, Laguna.

Aquino’s no-show at Villamor calcified the public’s perception of him as out-of-touch and uncaring to the public plight, even as he explained that he only wanted to give the families space to grieve.

The aftermath of the crisis eventually dogged Noynoy Aquino and the Liberal Party until the end of his term and caused his shrinking popularity to wilt further.

Dwindling popularity
Aquino also received much heat from the "tanim bala" issue that erupted in 2015, where personnel at the Ninoy Aquino International Airport allegedly extorted money by planting bullets in the luggages of passengers, who were mostly overseas Filipino workers. But as the reported cases piled on, Aquino downplayed the issue. Aquino said he was not convinced there was an extortion scheme ongoing and that critics were only making up and sensationalizing the controversy.

Aquino's negative image as a cold public official insensitive to the masses intensified at the latter part of his tenure that some began wondering whether the bachelor president's recurrent flings with a host of female celebrities were being cooked up to brighten his image and distract the public from the bad press he had been receiving at the close of his term.

Eventually, the term "Noynoying" also caught on in social media as an allusion to having a poor work ethic, or someone twiddling with one's thumbs while a pile of tasks need to be attended to. After the sea of yellow that carried him Noynoy Aquino into office, the yellow imagery also took on a negative image after his exit as the term "dilawan" became popular as a derogatory term to allies of the Liberal Party as well as to critics of the Duterte administration.

Noynoy Aquino exited office with a net satisfaction rating of +29 according to a survey from the Social Weather Station, which was the highest compared to other exiting presidents, but was half of the +60 he got at the start of his term.

In a 2016 exit interview with Time magazine, Noynoy was asked what he thought was his greatest legacy, which he answered by stating the country's improving economic conditions.

"The greatest has been a change in attitude among our people. In the period of 2010 and before that, the ultimate ambition [among Filipinos] was how to leave the country, that our country would never amount to anything, we can’t change anything. [Now there is] a preference to finding jobs here, as opposed to finding them abroad," he then said.