I’m no love guru. Hello, not by any interminable stretch.

I’m a political essayist with an indubitable fetish for scathing mockery. But at one year shy of senior citizenship, I’ve learned a thing or two about staying in a relationship after a massive break-up eons ago.

As veritable proof, I am happily, breathlessly, and quite madly in love with a gorgeous woman 23 years my junior, a prolific award-winning novelist in Filipino, and otherwise my total opposite in everything unless she’s writing, and whom I label a tectonic anomaly on two shapely legs. Yes, her temper has the definitive quality of a Friday the 13th flick complete with the hockey mask and machete.

Justice is blind, and so is love: SC Associate Justice Marvic Leonen the #LabGuru

We don’t love the same books. I slow read in mostly English, she devours them in Filipino in one sitting. She spends hours on Korean telenovelas, I on serial killer documentaries. She’s an extrovert, I’m an introvert. She loves international buffets. My 59-year-old tummy can only spoon one Pinoy meal at a time. Her morning coffee is black, mine is creamy sweet. Her poisons of choice are cognac and strong beer, yours truly is straight-up bourbon. The one thing we share in common is our birth date, albeit two decades apart.

Think of it as the League of Legends game with all the glitches imaginable, glitches so huge and incendiary that on occasions, the end game is simply to, well, end the game.

Dating apps 101: How to make the most of (and actually enjoy) online dating

Why it didn’t end, of course, rests on knowing which button to push and which to avoid. This mid-November, my partner and I will be celebrating 16 years of riding the rollercoaster we call love without getting off. Partida, when we started off on this joyride, people were certain we wouldn’t last a week. Well, eat your heart out, bozos. We’re just getting started.

I’m deviating from the commonplace politics to write about breakups and make-ups because some of our younger couple-friends have called it quits. Irreconcilable differences, so they claim. 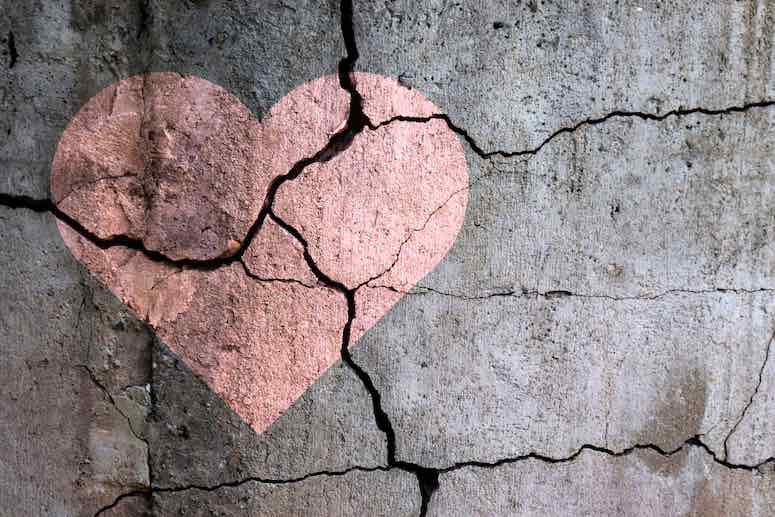 But how irreconcilable is irreconcilable is a question we must ask. Beating up your partner with your fists is a no-no, and that goes for any gender. Ending it at the moment the arms and fist are raised is non-negotiable.

Anything short of a mixed martial arts match may still possess a fighting chance. And believe me, if you both can’t fight for a love worth having, don’t expect anything worth having.

Give your beloved more than enough breathing space and elbow room to be himself or herself. Never force the other into your image and likeness, or any such shapes they don’t fit into. Two different people of varying backgrounds wishing to be together is harrowing enough as it is.

Be free to be yourselves in each other’s company. Relationships are safe spaces where you can be who you are – weird and all. Learn each other’s foibles and habits, and accept each other for who and what you are. I mean, you don’t want to date someone looking, acting and smelling exactly like you – unless you’re a narcissist on Fentanyl. We all know how that turned out.

Listen to one another. Drop the phone or tablet. Is your Facebook or Twitter update really that important as to risk annoying your jowa? Is your latest Instagram photo so life-changing, so earthshaking that it could save the world from trolls? Nope. So why even bother? No matter how insignificant, trifling, or mundane the conversation, listen. Look him or her in the eyes. Lend both ears. The only thing you’re entitled to ignore is fake news and historical distortions. As for chismis, you can always fact-check it.

Refuse the temptation to be judgy. In short, never assume the worst. Quit judging the other for the flimsiest faults – unless these faults put at risk people’s taxes and your constitutional rights. But if they don’t, hey, what’s the point of keeping an Excel spreadsheet of your partner’s faults or yours? Overthinking only works if you’re a NASA engineer.

About half of Filipino singles have been ghosted: survey

Your spouse, jowa or even beshie are not possessions. Think of yourselves as trustees of a wonderful gift. And like termites, it is the smallest things that eat away at the edifice we call fondness. Forgive. Be patient. Refuse overthinking the situation. Forget chocolates and flowers; rather, be generous in giving the other freedom to be who they are. Be honest to a fault. Be vulnerable. Easier said than done, yes, but it’s worth it.

This is not just a one-person POV. Both must work hard at it. If problems arise, sit your butt down and talk as adults. By the way, that’s one other use for the tongue, if you don’t mind my French.

How to read better instead of simply reading more

Looking for an adventure? Here's are date ideas that could make your Valentine's Day special