Jake Zyrus has had enough of people making snide remarks about his sexuality. Years after coming out as a trans man, he hasn’t escaped from the negative effects of transphobia.

Zyrus, who was formerly known as Charice Pempengco, embraced his freedom as a transgender in 2017.

“I don’t care if you want to listen to my Charice songs all d*mn (sic) day or if you hear my Charice voice in my falsettos, because of course you d*mb*ss m* (sic), boses ko parin yon, nag-transition lang,” Zyrus wrote. 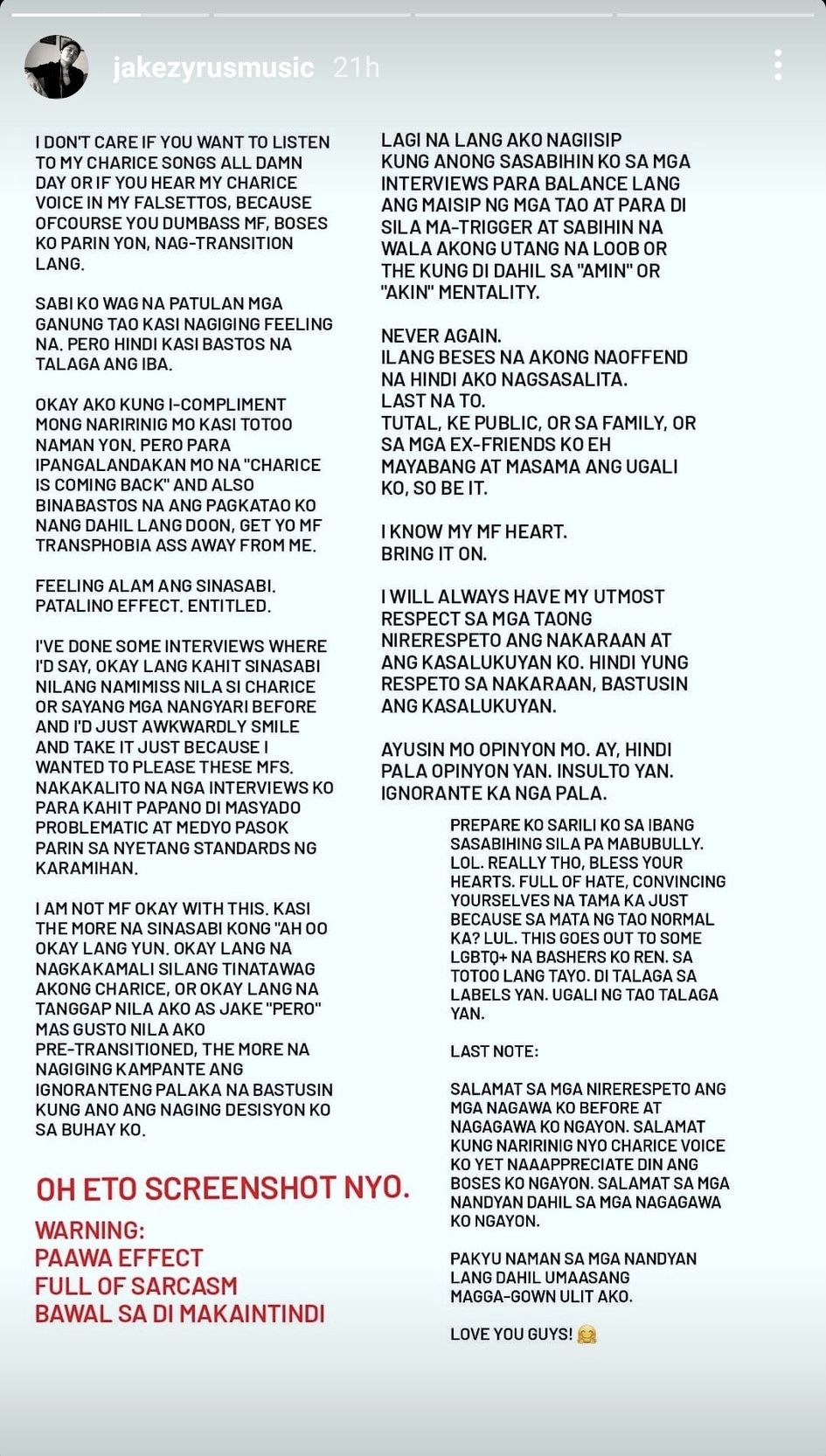 Zyrus stated this will be the "last" time he would express his sentiments about the matter, adding that he will always have “utmost respect” for people who appreciate his past and present self.

Since Zyrus came out as transgender in 2017, he said that he’s a “complete man… in my heart and in my soul" in an interview with the late Ricky Lo. The 29-year-old singer first confirmed that he was a lesbian in 2013 during an exclusive interview on the now-defunct entertainment talk show The Buzz.

Zyrus recently released his newest single Fix Me on May 7.

EXPLAINER: Is the SOGIE bill only for the 'super special elite class'?