Style Living Self Celebrity Geeky News and Views
In the Paper Shop Hello! Create with us
Russell Palma / The Philippine STAR

With the rapid increase in gas prices that have hit record highs in recent months, and are expected to increase in the following weeks, many commuters have opted to use bicycles as their main mode of transportation.

Having been a daily bike commuter since 2019, Ira Cruz said that switching to a bicycle not only made his daily commutes “efficient, predictable, and reliable” but also translated to savings, especially in terms of gasoline and parking fees.

Cruz acknowledged the initiative of Local Government Units (LGUs) for creating bike lanes throughout Metro Manila, saying that further improvement of these lanes would encourage more people to take up biking while addressing road congestion and improving mobility in cities.

“Making biking safe creates an additional mobility option that leads to a decrease in car dependence. In turn, this leads to better mobility for all—and it is the responsibility of [the] government to make our roads safe for all users and to ensure that mobility in cities [is] not impaired,” Cruz told PhilSTAR L!fe.

However, he claimed that “there's still much to be done” when aiming to improve bikers’ experience on the road.

Celebrating World Bicycle Day last June 2, the Move as One Coalition sent a statement to reporters calling on the national government to include active transport infrastructure in P264-billion worth of Department of Public Works and Highways (DPWH) roads and bridges as required under the 2022 budget.

According to the statement, despite the fact that many Filipinos having discovered the joy of cycling during the COVID-19 pandemic, many cyclists were dying on the country’s roads due to the lack of protected bike lanes.

The joys of biking

“Filipino cyclists should arrive alive... We demand more than just thoughts and prayers from the government for the cyclists who have died on our unsafe roads,” the statement read.

In an interview with PhilSTAR L!fe, the Move as One Coalition stressed that the government policies regarding road safety weren’t being implemented properly.

Despite the fact that many Filipinos having discovered the joy of cycling during the COVID-19 pandemic, many cyclists were dying on the country’s roads due to the lack of protected bike lanes.

“It starts off well [at] the national level, but there ends up miscommunications and [misunderstandings] as it gets to the lower levels of government,” they said, further adding that Filipinos’ perspective of bike lanes also doesn't help because there's a “blatant disregard” for the safety of cyclists to the point where they would sometimes be seen as nuisances on the road.

Jhamil Contawe, 19, shared that traversing the roads of Pangasinan would bring a sense of dread, considering that there were no bike lanes in the area and they tend to opt for biking by the wayside for safety. 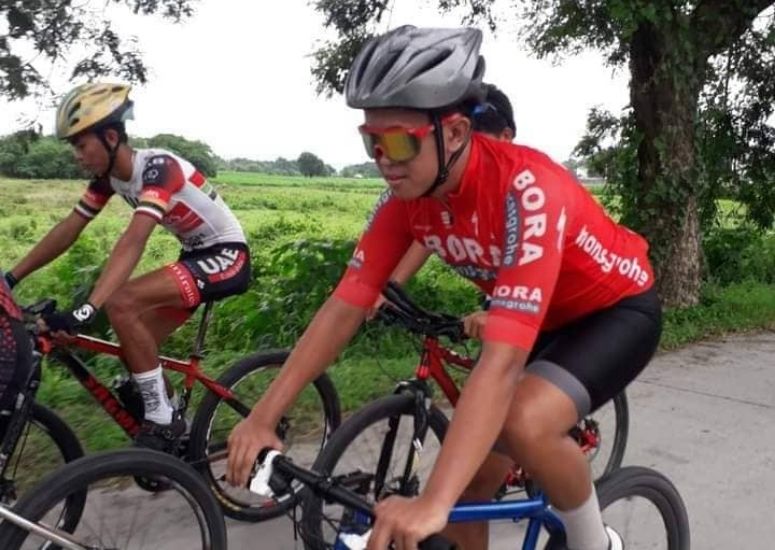 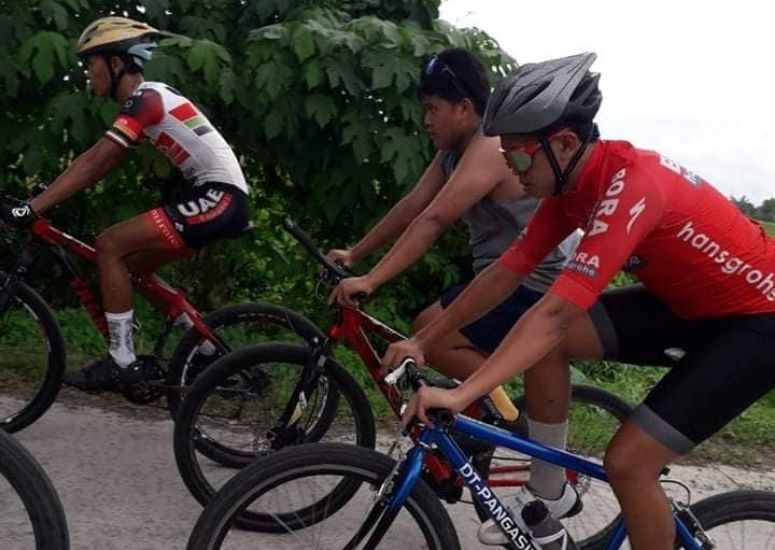 Despite being a biker for three years, Contawe claimed that biking is unsafe due to the number of accidents around bikers that he would see on his Facebook feed.

For the Pangasinan-based biker, bike lanes were crucial as they would aid them on the road and protect them from passing vehicles.

Named the bike capital of the Philippines, Iloilo City recorded an upsurge in the number of bikers during their bicycle count with a total of 8,628 bike users on June 17, according to the Iloilo Bike Ed For Road Safety’s Facebook post.

Iloilo Bike Ed For Road Safety told PhilSTAR L!fe that the Philippine roads, especially in urban areas, were still considered dangerous pedestrians and bikers because the country’s implementing agency is understaffed and low-tech which leads to violators of road safety policies “[getting] away with nothing more than a slap on the wrist.”

“Speeding is still a dangerous concern [on] our roads, [and] we constantly hear people getting away with traffic violations,” the group said, adding that acquiring a driver’s license is “easy”. “[...] we have so many professional drivers who do not know basic rules of the road.”

On June 22, Cruz tweeted a photo where his bike tires burst because of the inferior quality of bike lanes in the metro.

So it’s NOT an accomplishment that you’ve completed over 500kms when the safety of bikers is compromised because of substandard quality and mema mentality. pic.twitter.com/q9uFokytd0

The Move as One Coalition aired the same sentiments, claiming the need to improve the infrastructure to make roads more bike-friendly.

“The Philippines still has ways to go in accepting biking as a legitimate mode of transport as the first thought to mobility is always cars,” they said.

The Department of Transportation (DOTr) sought 1.04 billion under the Bayanihan to Recover as One Act or Bayanihan 2 in 2020 for the establishment of an NCR-wide bicycle lane network that would span 644 kilometers. In April this year, DOTr’s bike lane network expanded to 563.57 kilometers in Metro Manila, Metro Davao, and Metro Cebu through their continuous efforts to promote active transportation.

But given these said accomplishments from the government, such lanes demand to be felt as bike commuters like Cruz and Contawe grapple with the danger of substandard infrastructure in their daily rides.

“Currently, bike lanes are only in select areas and not entirely protected. Bike lanes are not continuous and are often interrupted by driveways, have serious defects like potholes, unfinished roadworks, stray steel plates [...] and are obstructed by vehicles that place the lives of bikers in danger and stripped Filipino commuters' dignity,” said Cruz.

The same scenario could be said when the Move as One Coalition held an event last Saturday, July 2, which garnered almost 150 participants as they traversed EDSA and saw firsthand the situation of the bike lanes.

“There were uneven roads, [a] lack of protection for the bike lanes, and even [drainage] holes that caused a few of our [cyclists'] harm,” they said.

‘Bullying’ and discrimination on the road

Cruz claimed that despite a growing acceptance of biking as a form of transportation, many establishments continue to discriminate against bikers, through forms of hostility or the absence of basic and accessible bike parking.

He also shared how bikers face the brunt of “bullying” on the road by motorists where they tend to be pushed out and limited strictly inside bike lanes if there were any.

LIST: Bike events happening in and near Manila to mark World Bicycle Day 2022

Cruz said there needed to be more progressive policies to make roads safe for bikers, claiming that simple pavement markings as an identifier for bicycle lanes weren’t sufficient, further lamenting that, “For existing policies, such as anti-obstruction, enforcement units rarely apprehend vehicles that encroach on bike lanes.”

In a memorandum released by the Land Transportation Office (LTO) in 2021, Assistant Secretary Edgar Galvante stated that motorcycles, cars, trucks, and other motorized vehicles were prohibited from crossing or parking in bicycle lanes since such lanes were for the sole use of cyclists, Nonmotorized Transport (NMT), Light Mobility Vehicle (LMV) or Personal Mobility Devices (PMD) users.

The Philippines still has ways to go in accepting biking as a legitimate mode of transport as the first thought to mobility is always cars.

To create more bike-friendly roads, Cruz said the government must consult with the public and coordinate with advocacy groups to keep policies and projects up-to-date and responsive to the needs of ordinary Filipinos.

“If the government were to truly prioritize the needs of the majority, bike lanes have to be permanent and protected,” Cruz said.

The Move as One Coalition aired the same call for permanent and protected bike lanes that are well managed as it would be a good start to encourage people that cycling is safe because they’d be protected.

Thanks for joining the #BetterByBicycle Bike Ride!

We saw many hazards for our cyclists such as uneven roads & drainage grills in the bike lanes!

Our call for #ProtectedBikeLanesNOW grows stronger, especially at the start of a new admin.

Likewise, the Iloilo Bike Ed For Road Safety, stated the need for key government agencies to get involved with the public so that they would get an idea of the kind of people and vehicles that use our roads.

“Data will show that only 10% of Filipinos own a car. Why then are our roads mainly built for vehicles with four wheels when there are so many more pedestrians and active mobility users in our country?” the group said.

Aside from calling on the government to review the infrastructure design of the country’s roads and strictly implement road safety policies, the group also urged the government to invest in a massive bike- and pedestrian-centered advocacy campaign.

Bike lanes are not continuous and are often interrupted by driveways, have serious defects like potholes, unfinished roadworks, stray steel plates and are obstructed by vehicles that place the lives of bikers in danger.

“Let us drill into the minds of every Filipino that those who have more motor power have more responsibility on the road,” they said. “[...] if every road user is [has the] mindset of looking after more vulnerable road users rather than flexing their road power, then our roads would be safer not only for bike users but for everyone.”