The 2020 Olympics is finally happening in Tokyo on Friday, July 23, after a one-year postponement due to the COVID-10 pandemic.

The Tokyo 2020 Olympics, perhaps its most troubled and controversial edition in recent times, will see more than 11,000 athletes from all over the world gathering to compete in over 300 events spread over 30 sports.

A 19-person delegation will represent the Philippines in the Olympics—including the likes of gymnast Carlos Yulo, golfer Yuka Saso, swimmer Luke Gebbie, and weightlifter Hidilyn Diaz, among others.

Tokyo Olympics: Medals to be made from recycled electronic devices like discarded laptops, smartphones

Spectators won’t be allowed to watch the games at the venues due to Japan’s health protocols. Athletes are also prohibited from sightseeing, their movement limited to their accommodations and their competition venues.

The Olympics’ opening ceremony, to be held later tonight at 8 PM (7 PM, Philippine time), will be a more muted affair compared to the usual pomp and pageantry due to the pandemic. The program will be held at the Olympic Stadium, a venue that can seat up to 68,000 people; fewer than 1,000 dignitaries and officials are expected to be present, including Japan’s Emperor Naruhito, who will declare the Olympics open, United States First Lady Jill Biden, and French President Emmanuel Macron.

Filipinos have a number of choices on where to watch the Tokyo 2020 Olympics games.

On free and cable TV, TV5 will air Olympics games, focusing on the 19 athletes competing in Tokyo. ONE Sports will also broadcast the games and the Olympics opening ceremony today at 7 PM.

The best weightlifters around the globe come together in the Olympics to find out who is the best!

Online, Filipino viewers can watch the games via the Cignal Play website or app (which can be downloaded on the App Store and Google Play).

Smart subscribers, meanwhile, can watch the Olympics on their phones via the gigafest.smart website.

If you're interested in watching the Philippine delegates compete in the Olympics, the Philippine Sports Commission released the full schedule of the games the Filipino Olympians are participating in. 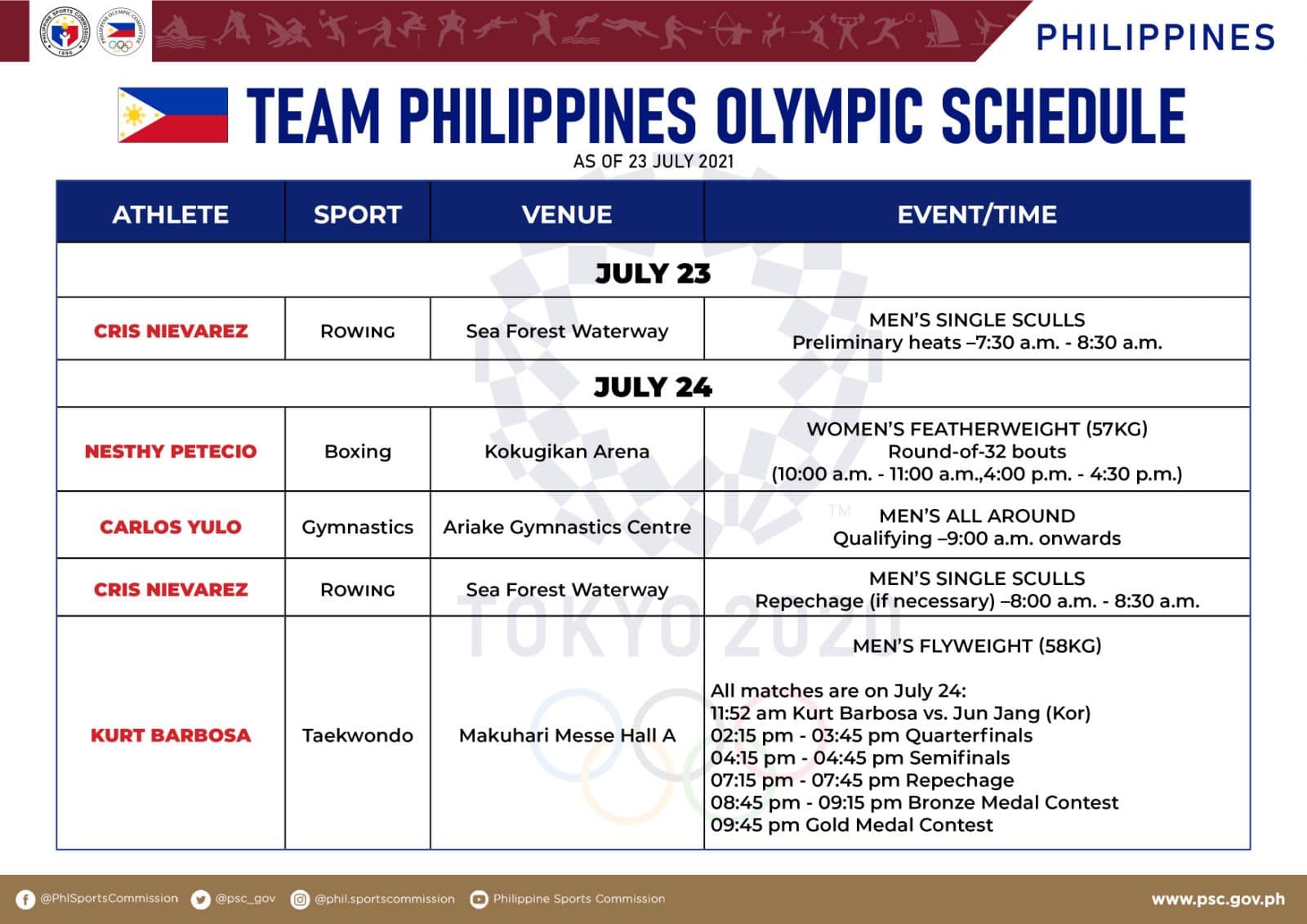 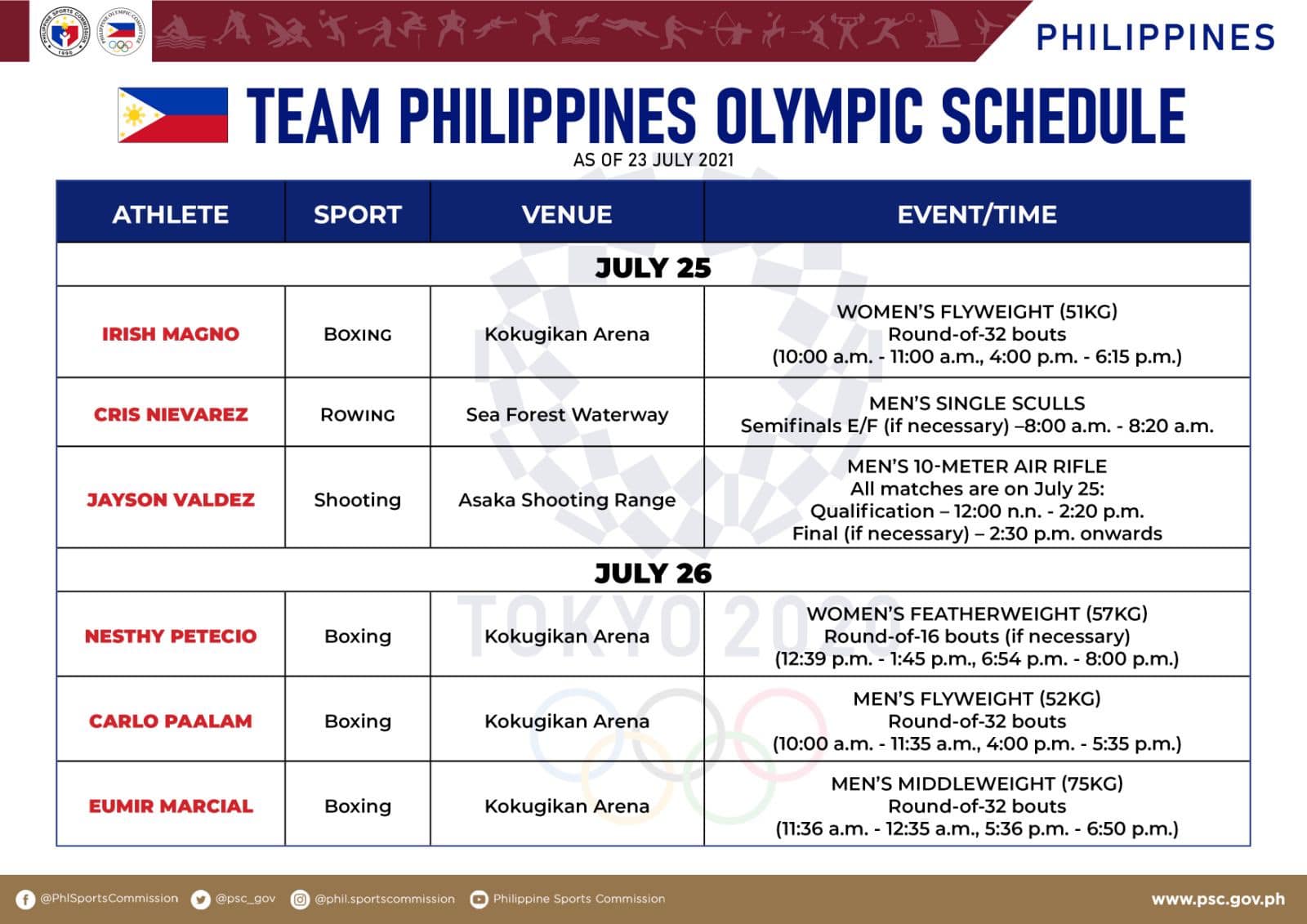 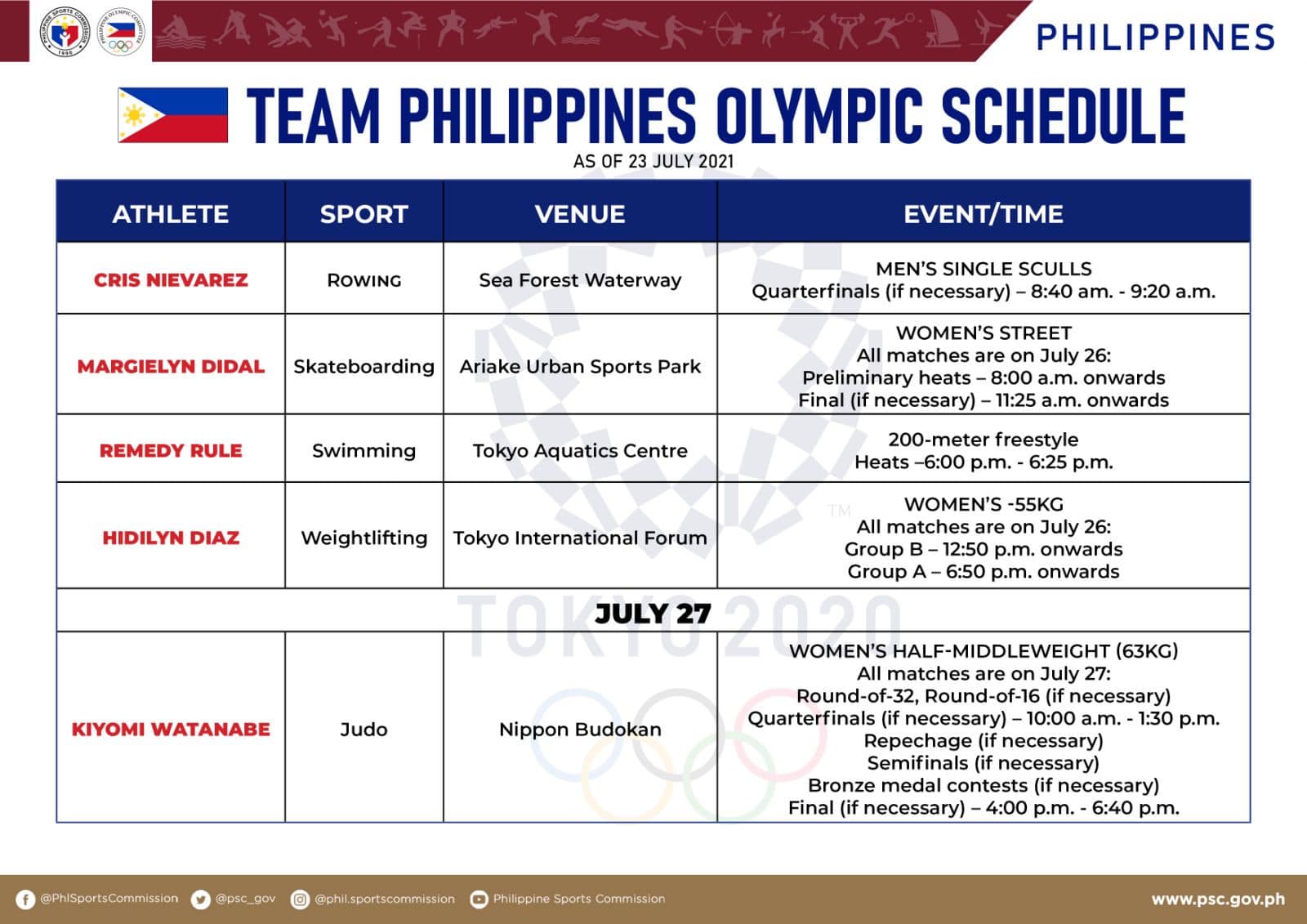 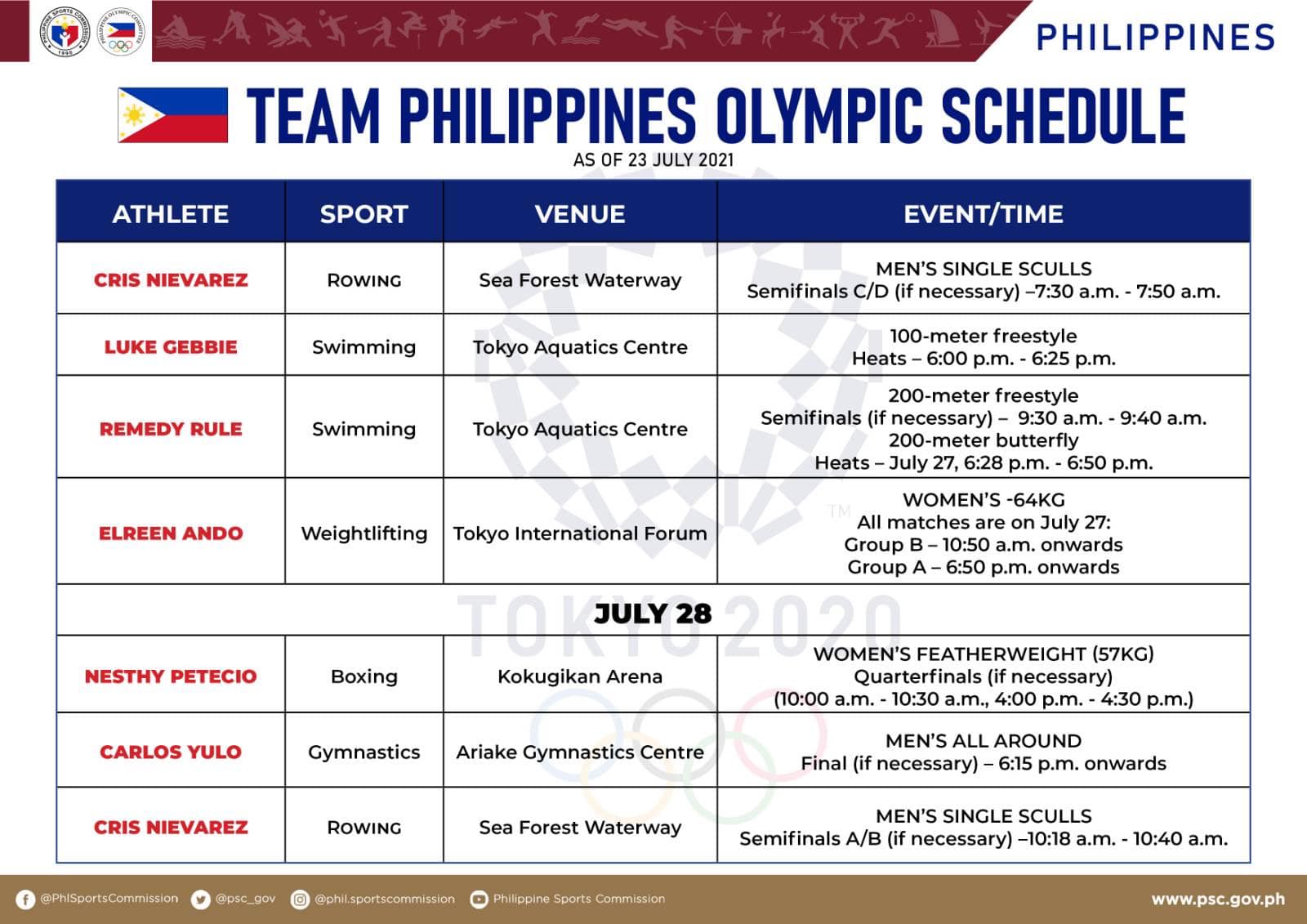 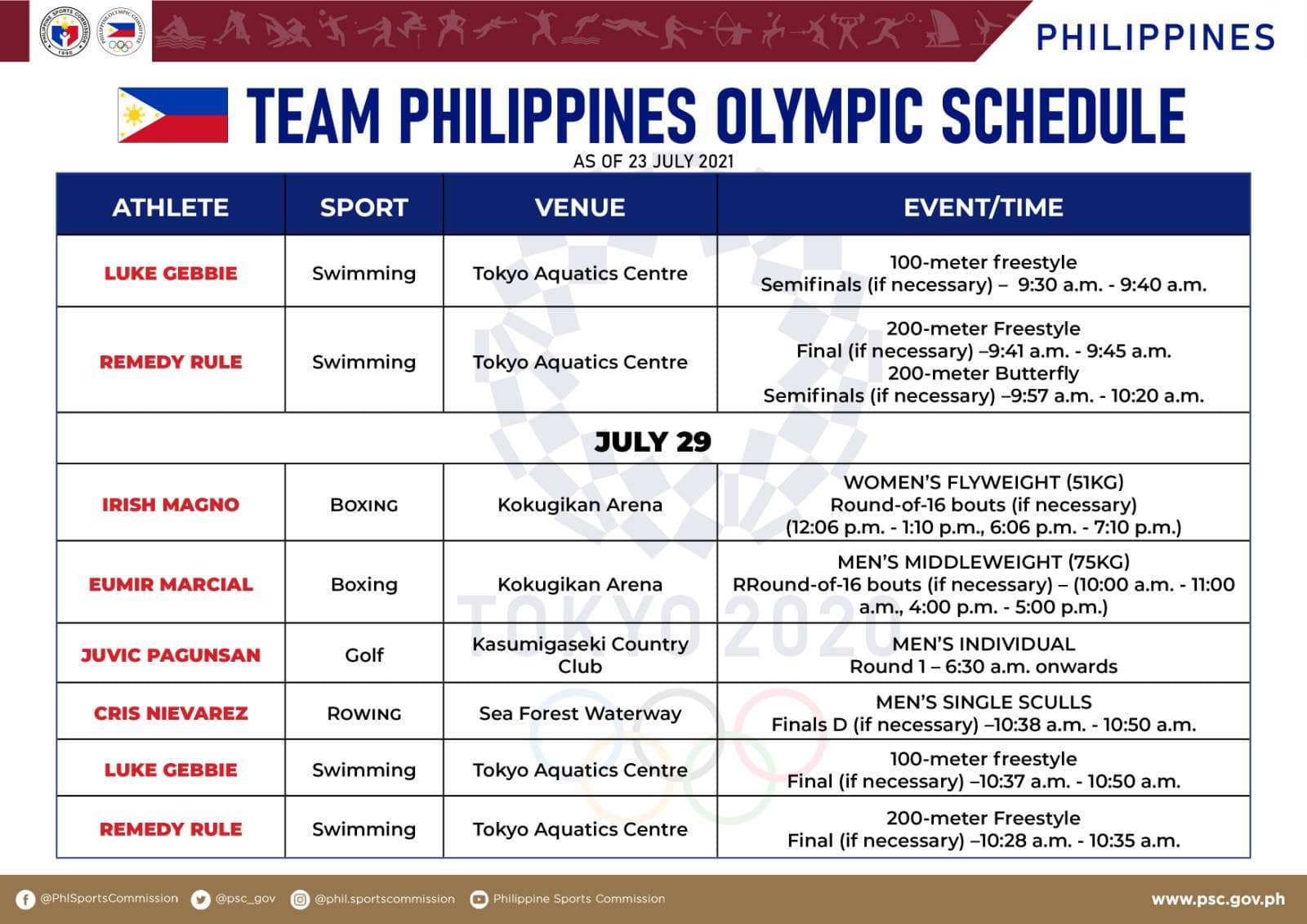 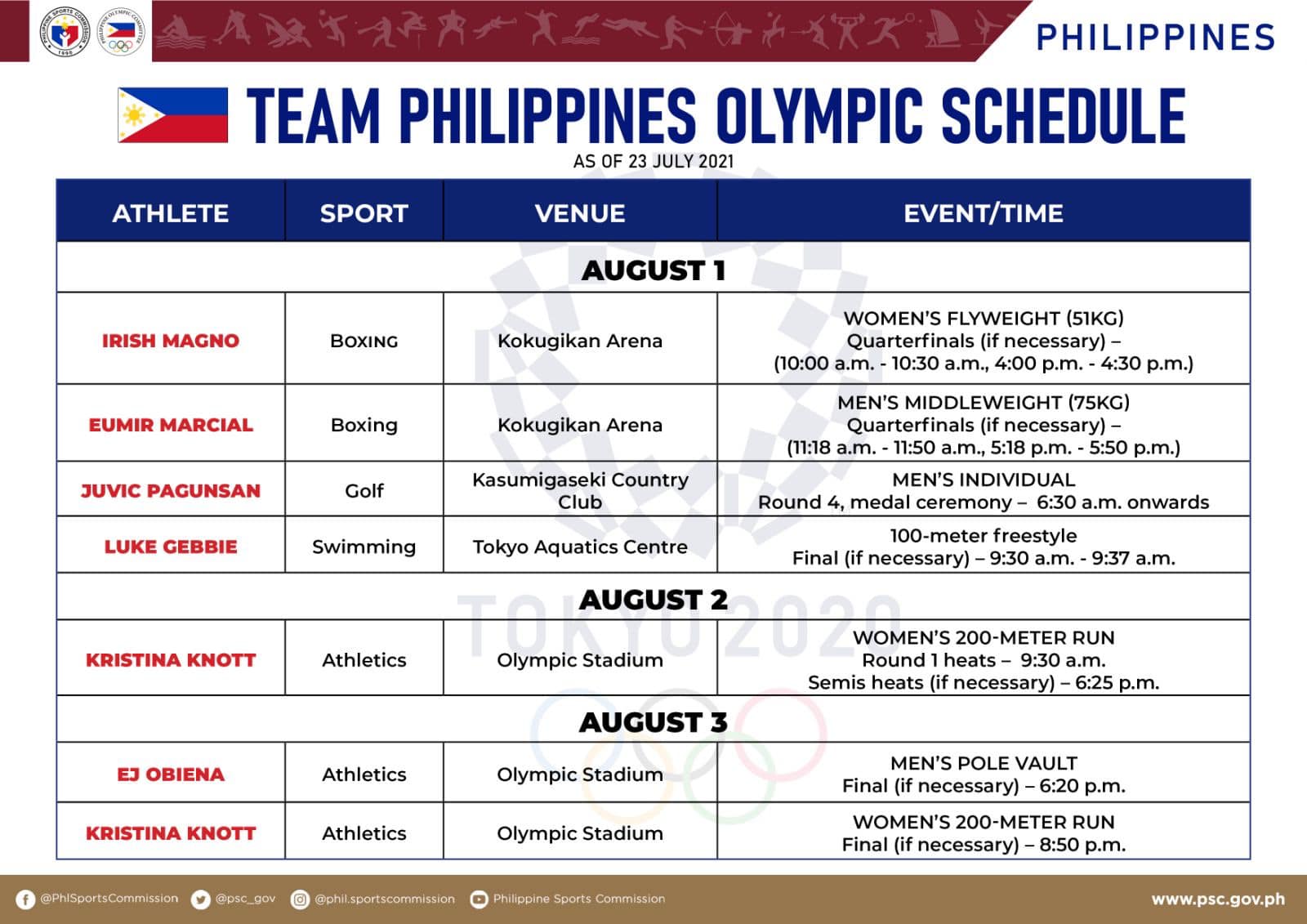 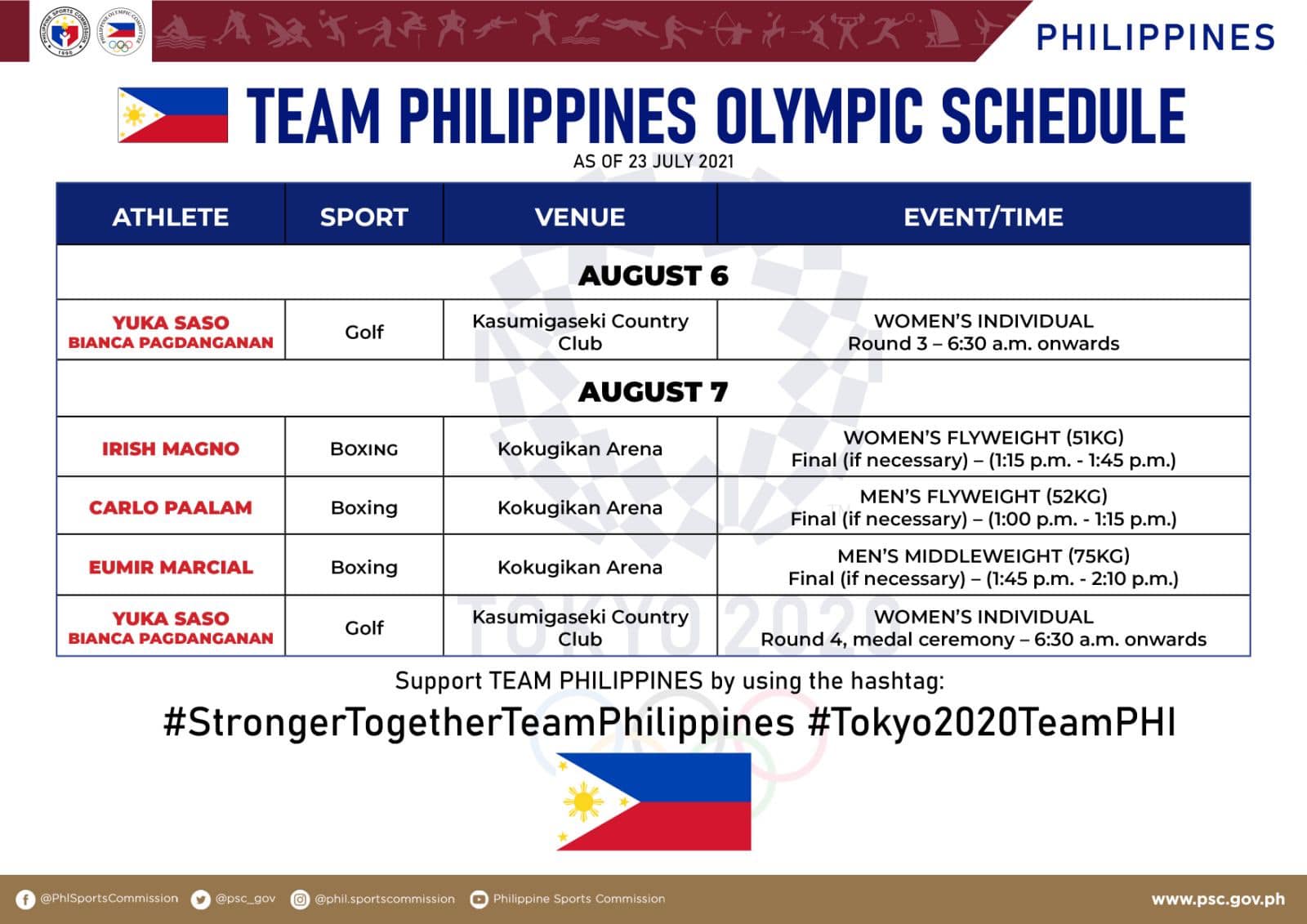 THE LATEST: The Philippines at the 2020 Tokyo Olympics

Chuck D. Smith is a pop culture essayist and journalist. He is currently taking his MFA in Creative Writing at the De La Salle University. He has received prizes and fellowships for his writing, including a Palanca Award for the essay.