Instagram has announced that it will start to automatically hide “potentially offensive" comments on the app beginning Tuesday, Oct. 6, 2020, in observance of the National Bullying Prevention Month.

“As we kick off National Bullying Prevention Month, we’re announcing two new features to reduce negative interactions, including bullying and harassment, in comments,” Instagram said in an announcement. 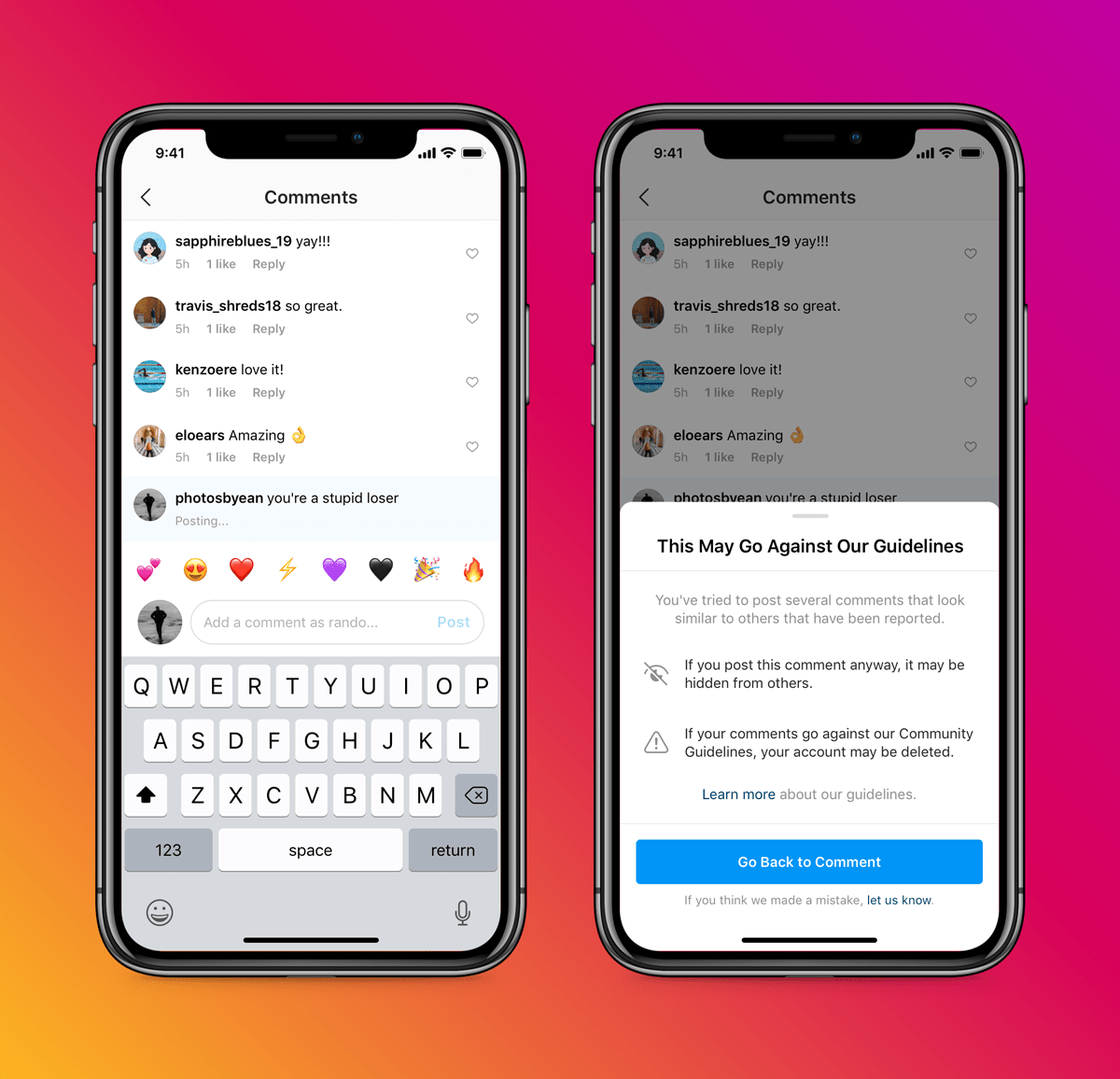 Offensive comments or hate speech similar to those flagged and reported will be hidden by default, but users can still see them by tapping "View Hidden Comments."

“In the last few days, we started testing a new feature that automatically hides comments similar to others that have been reported.” the social media app announced. “Comments that violate Community Guidelines will continue to be automatically removed.”

This feature is an improvement over the social media app's current filter system that allowed users to choose to hide offensive comments.

According to the app, these new warnings let people take a moment to step back and reflect on their words and lay out the potential consequences should they proceed. It added that reminding people of the consequences of bullying and providing real-time feedback while writing the comment is the most effective way to shift behavior.

Instagram, which is owned by Facebook, launched the new features in the face of increasing public pressure and scrutiny over the social media giant’s long-standing refusal to more aggressively address hate speech and other platform violations. In July, a group of high-profile advertisers and corporations also launched an ad boycott to protest Facebook’s refusal to clamp down on hate speech.

You can check Instagram’s announcement about the new anti-bullying features here.