State of Play unveiled over 14 minutes of brand-new Horizon Forbidden West gameplay. Catch up on the full show: https://t.co/a5ZavCEzJh pic.twitter.com/XFbgouQDwN

Set six months after the events of the first game, Horizon Forbidden West sees Aloy, a machine hunter, traveling west to investigate a mysterious and deadly blight. In these uncharted lands, she will meet strange new tribes and encounter ever more deadly machines. Together with old friends and new companions, she must brave this dangerous frontier to find the answers she needs to save life on Earth.

The State of Play episode also features a quick recap with Horizon’s game director Mathijs de Jonge and Ben McCaw, narrative director for the Amsterdam-based studio, Guerilla, who break down the game’s story and new features.

In the footage unveiled, Aloy has sent her loyal friend Erend into the remains of San Francisco to recover an important artifact. But he quickly runs into trouble, encountering a rebel faction of the Tenakth tribe—vicious fighters who have somehow acquired the power to override machines. Aloy must cross the ruins and fight multiple enemies to rescue her friend and continue her journey.

Viewers get a firsthand look at Aloy navigating the decidely more tropical landscapes, encountering deadly machines, diving and swimming underwater amidst vibrant coral reefs, and an epic showdown with a mammoth-like creature called the Tremortusk. 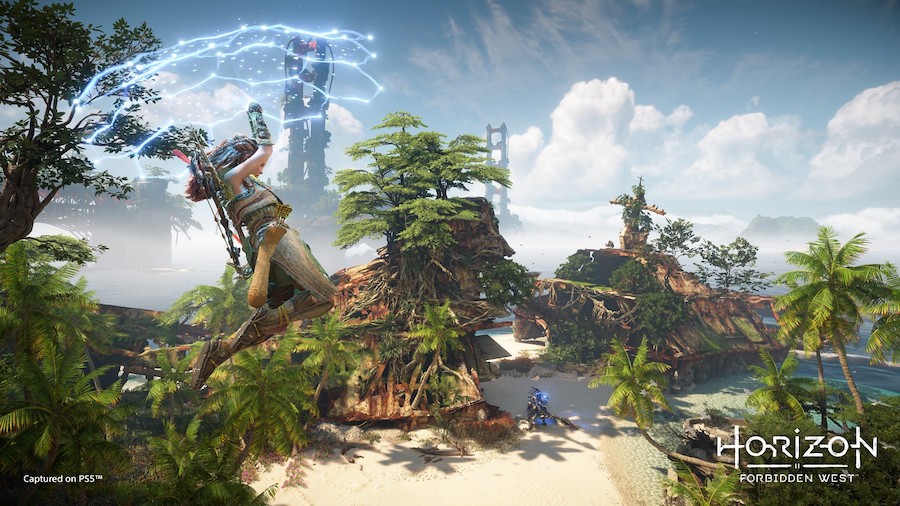 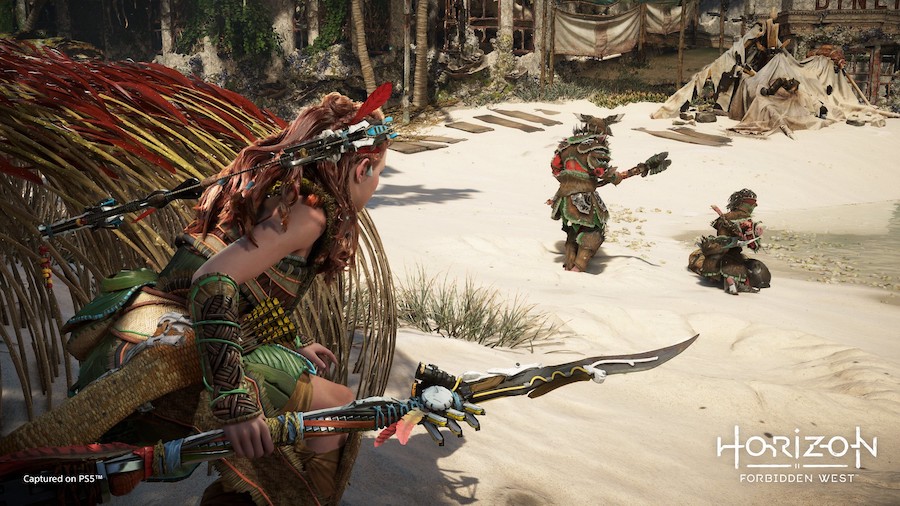 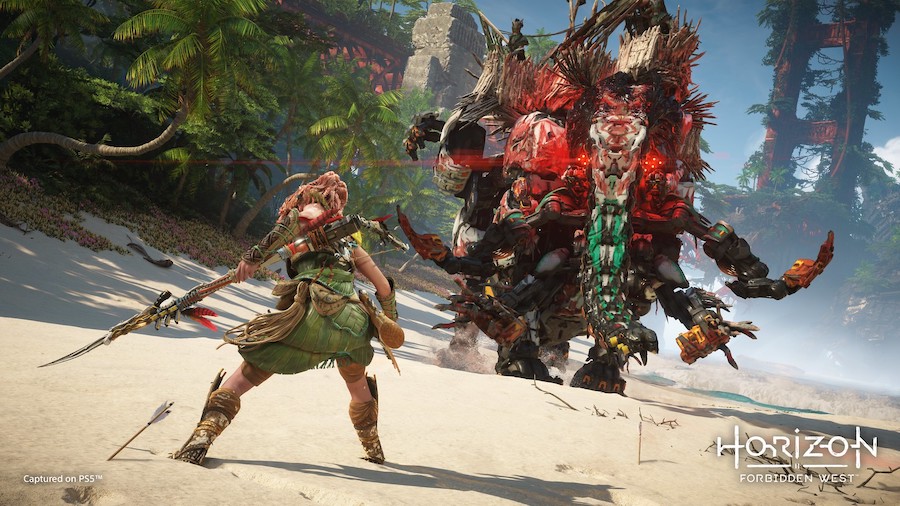 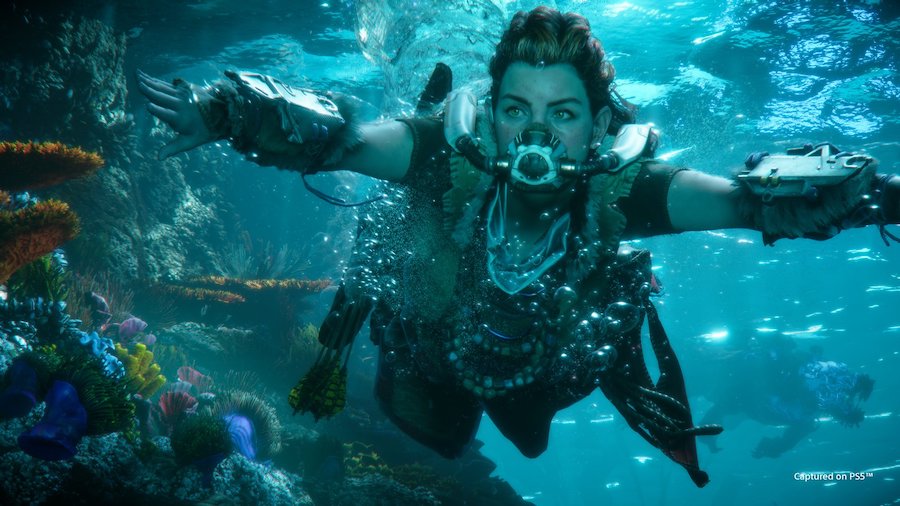 The stunning gameplay footage features some amazing new tools for Aloy that will surely help players navigate the open world. The projectile-based grappling hook called the Pullcaster speeds up climbing, while a glider-like Shieldwing allows Aloy to safely descend from great heights or attack enemies from above.

One of the most exciting features is a Diving Mask that allows Aloy to breathe underwater indefinitely as she swims offering a whole new underwater world open for exploration. The mask also helps propel Aloy forward through fast-moving Pacific Ocean currents.

Aloy’s Focus also gets a couple of big upgrades. The Focus now clearly pinpoints ledges and platforms in yellow that allow free-climbing and gives Aloy the ability to override machines for mounts or combat.

Play Has No Limits ?

In PlayStation's blog, game developers stress that Horizon Forbidden West emphasizes the use of tactics and choice by giving the player a huge variety of weapons at their disposal. Aloy’s trusty Spear is ideal for close combat and enables a new set of combos. Meanwhile, bows with specialized ammo types can strip armor off machines to expose weak spots. Adhesive grenades can also be fired from slingshots, temporarily stalling foes. All of Aloy's weapons can upgraded at a workbench as the game progresses.

Horizon Forbidden West features a selection of deadly machines including Sunwings in the sky, Clawstriders and Tremortusks on land, Snapmaws and the smaller Burrowers in the water.

According to the game developers, the 14-minute footage only scratches the surface of the massive open world of Horizon Forbidden West, and players will have to be smart and creative as they play as Aloy.

The previously stated release window of 2021 was not mentioned during Thursday's reveal. In a Twitter post following the presentation, Guerilla said: “we don’t have an exact release date yet, but development is on track and we’ll have an update for you very soon.”

Thanks for watching our #HorizonForbiddenWest gameplay reveal! We don't have an exact release date just yet, but development is on track and we will have an update for you very soon - thank you as always for your ongoing support!

Horizon Forbidden West will be released for both the PlayStation 4 and PlayStation 5 platforms.

(Images via Guerilla/State of Play)