Mario fans around the world finally got their first look inside Universal Studios Japan’s highly anticipated Super Nintendo World with a grand tour led by no other than "Mario's dad" himself, Shigeru Miyamoto.

After getting sneak peeks of what to expect from concept art, promotional videos, and advertisements, we finally get an actual look inside Super Nintendo World with the very special live video tour.

To hype up Super Nintendo World's grand opening at Universal Studios Japan in the first quarter of 2021, Nintendo shared an inside look at the park on Friday (Dec. 18) hosted by the Japanese video game designer and Nintendo director responsible for some of the most acclaimed and best-selling game franchises of all time, including Mario.

The 15-minute Nintendo Direct presentation sees Miyamoto walking us through some of the attractions in the soon-to-open theme park. Guests enter through a life-sized green warp pipe and emerge at the lobby of Princess Peach's Castle where background music from Super Mario 64 automatically plays. 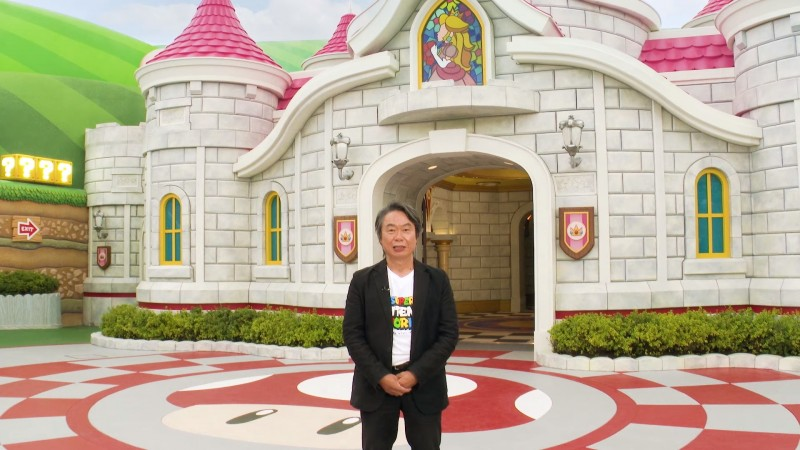 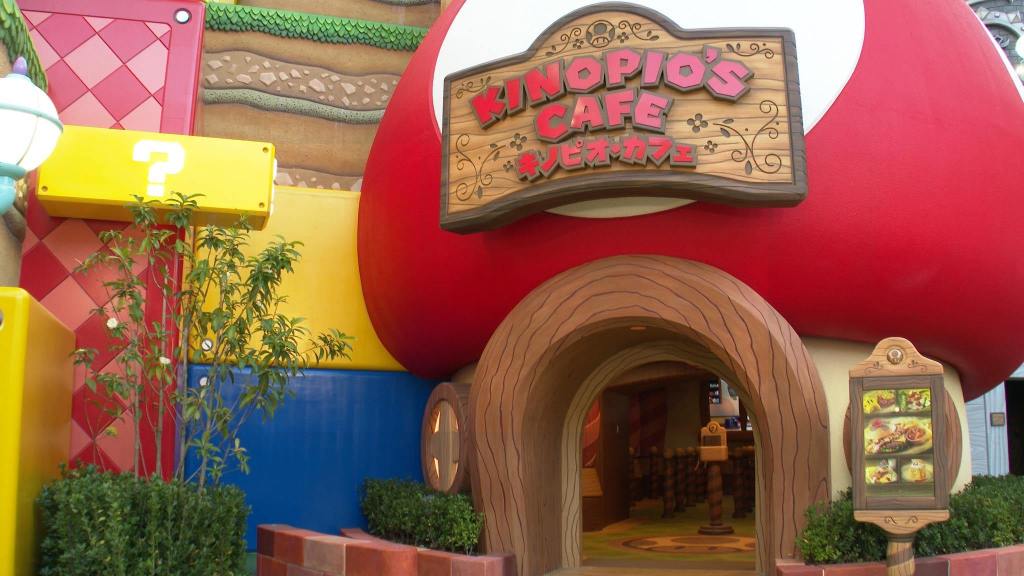 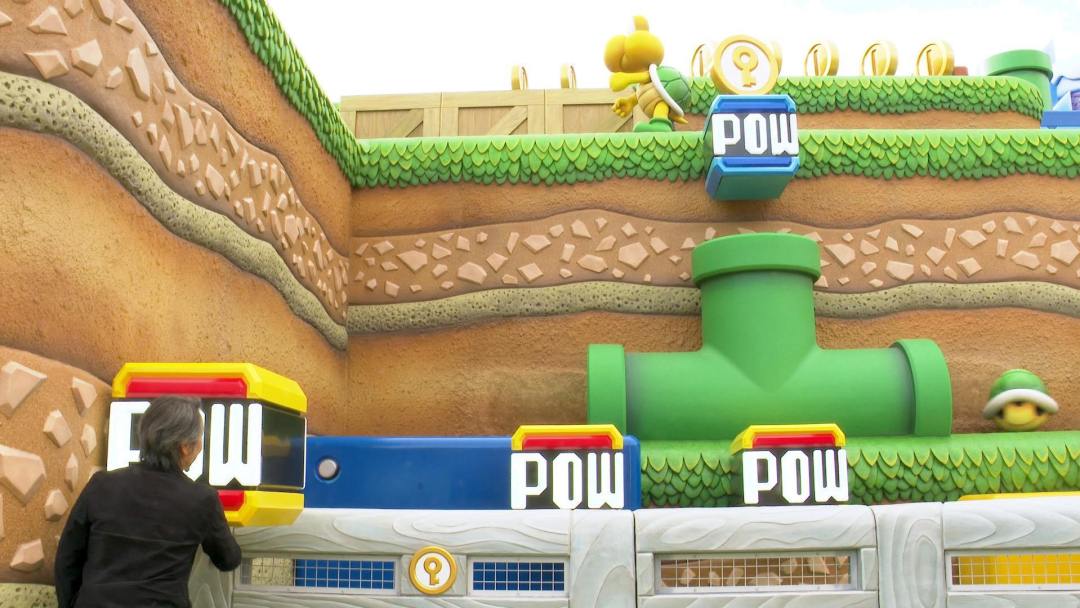 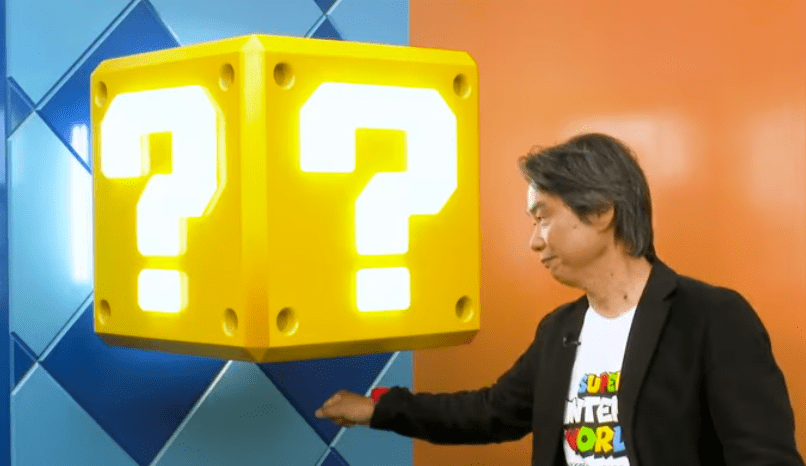 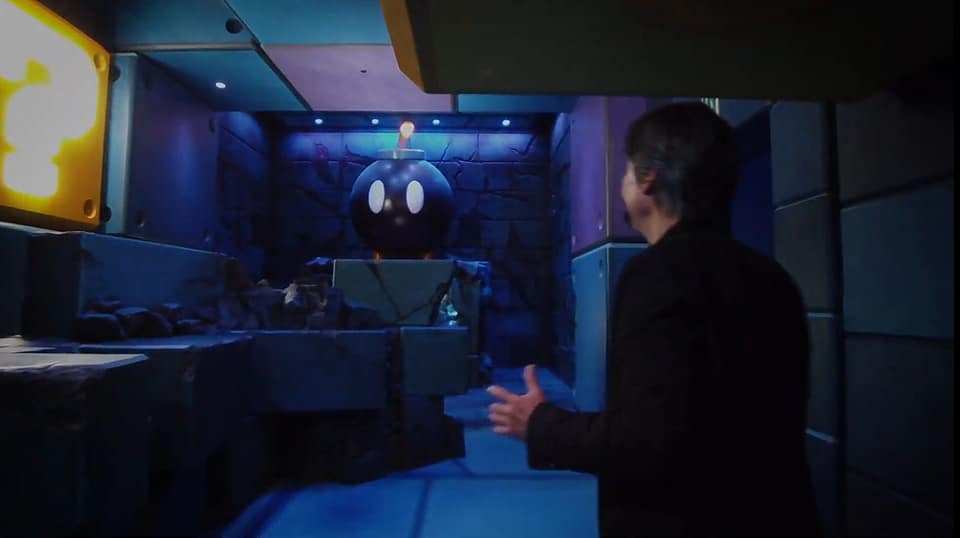 Every aspect of the amuseument park looks insanely detailed and amazing. As Miyamoto goes around, viewers can see just how the Mushroom Kingdom was brought to life. The theme park creators managed to recreate video game levels and bring iconic characters like Piranha plants, Koopas and Goombas to life that looks almost unreal.

Every corner of the theme park looks like it was taken directly out of Nintendo's most famous video game franchise, and will be sure to spark pure joy among kids and kids at heart who grew up playing Mario.

The theme park features loads of moving and interactive characters and elements. As previously teased, the theme park experience at Super Nintendo World is powered by a Power-Up Band, a wrist-worn device that pairs with a smartphone app, which will allow theme park goers to interact with various points of interest.

With this band, visitors can uncover secrets around the park, collect coins, power-ups, and keys by doing various activities. According to Miyamoto, by collecting three keys, you can even unlock a boss fight against Bowser, Jr.

As previously reported on PhilSTAR L!fe, guests can order Mario-themed food such as pancake sandwiches that resemble the caps worn by Mario and Luigi, with flavors Strawberry Shortcake, Rare Grape, and Cheesecake matching their signature colors. Miyamoto showed more glimpses of the food to expect by munching on specially made popcorn that comes in caramel, peach and mushroom flavors and entering Kinopio's Cafe (the Japanese name for Toad).

Hungry theme park goers can power up (literally) in the cafe where all the food is prepared by the mushroom-like Toads. Unique dishes like Mario Burgers and the Super Mushroom Pizza Bowl make heavy use of mushrooms, while other items on the menu pay homage to game design and elements.

While we'd love nothing more than to book a trip to Japan as soon as the theme park opens, the current restrictions brought about by the pandemic may put a damper on international travel plans.

In the video, Miyamoto assured that they would be working hard to set up Super Nintendo World Theme Parks in other Universal Studio Park locations around the world

"We undersand that it may be challenging right now for some of you overseas to visit the park due to COVID-19. There are plans to open Super Nintendo World in other countries that people can visit in the future. Hollywood, California and Orlando, Florida in the United States, Singapore in Asia," said the Mario creator.

While Miyamoto gave us a lot of eye candy, he didn't give away all the park's secrets and said that the video only featured a fraction of the theme park. Visitors can enjoy the full experience by visiting the park once it opens, but the first look offers a really promising peek into how Nintendo and Universal Studios managed to bring the Mario series to life in theme park form. Check out the full video below.

Super Nintendo World at Universal Studios Japan is set to open on February 4, 2021.

Don Jaucian and the brief histories that made him

The gays are winning: Tumblr's top 12 fandom ships for 2022 are all queer