Filipino historian and leading expert on Jose Rizal Prof. Ambeth R. Ocampo took to Facebook to show the different photos of Jose Rizal starting from his puberty years up to the time of his death—or as what Ocampo called “from cradle to grave.”

The historian and author wrote, “We have photographs of Rizal from 1873, age 12 as a student at the Ateneo Municipal till 1896, to when he was shot dead in Bagumbayan at age 35.”

He added that he started going through his files from Saturday night to Saturday morning, “cropping and placing the 37 known photos of Rizal in a timeline that would not fit on my computer screen.”

Following his first post, Ocampo also uploaded another set of photos from 1889 to 1898. He said, “I found three more Rizal photos and added them to the progression.”

Many netizens expressed their amazement at how Rizal looked in his younger years. 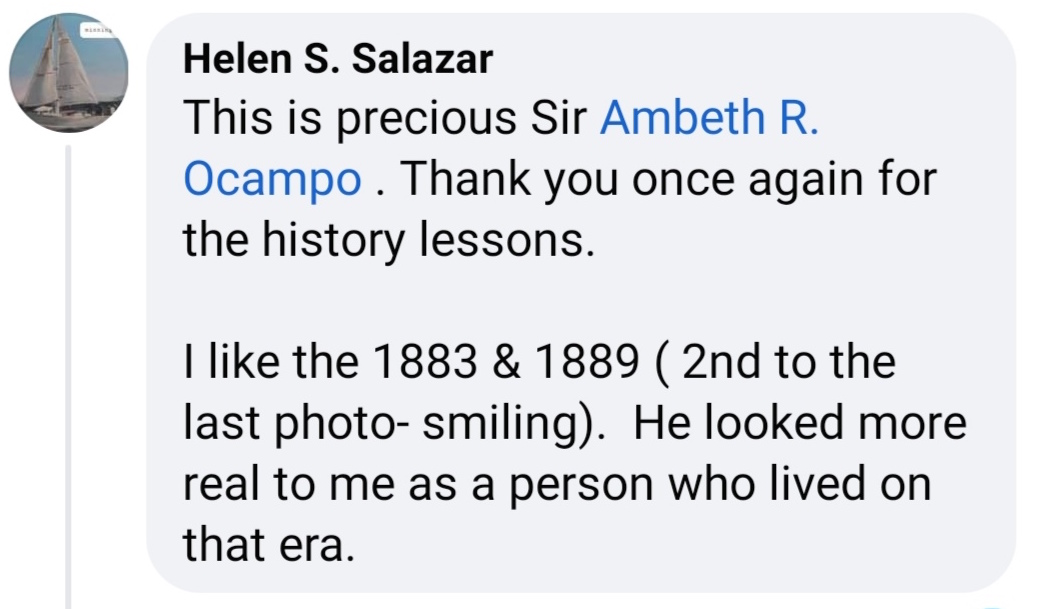 Check out some photos of Rizal below to see how he looked through the years.

One netizen asked for proof of Rizal’s underbite as it wasn’t evident in the first set of photographs. However, Ocampo said that “three orthodontists have given their professional opinion on this (underbite) based on the photo of the skull and the profile pics.”

According to Ocampo, this photograph of Rizal was from two paintings by Juan Luna.

Ocampo commented that the first photograph of Rizal was “an artist’s rendition of Rizal walking to Luneta.” He added, “If it was based on a photo, it has not yet surfaced.”