“Let me not to the marriage of true minds admit impediments,” Bill Shakespeare once wrote. “Love… Looks on tempest and is never shaken.”

In a perfect world only film director George Lucas can imagine, that would’ve been really neat: two people madly in love with each other facing impossible odds without fear or trembling. Hollywood would’ve had a heyday pitching this plot line at the Oscar’s.

But the world ain’t perfect any more than it is flawlessly round, so I beg to disagree. Not when “tempest” means a squall of fists and fury heaped on the supposed object of affection. In my world, that’s not love, that’s an atrocity. No, let’s call it an injustice. And nowhere is it said that cariñong brutal will not hurt. 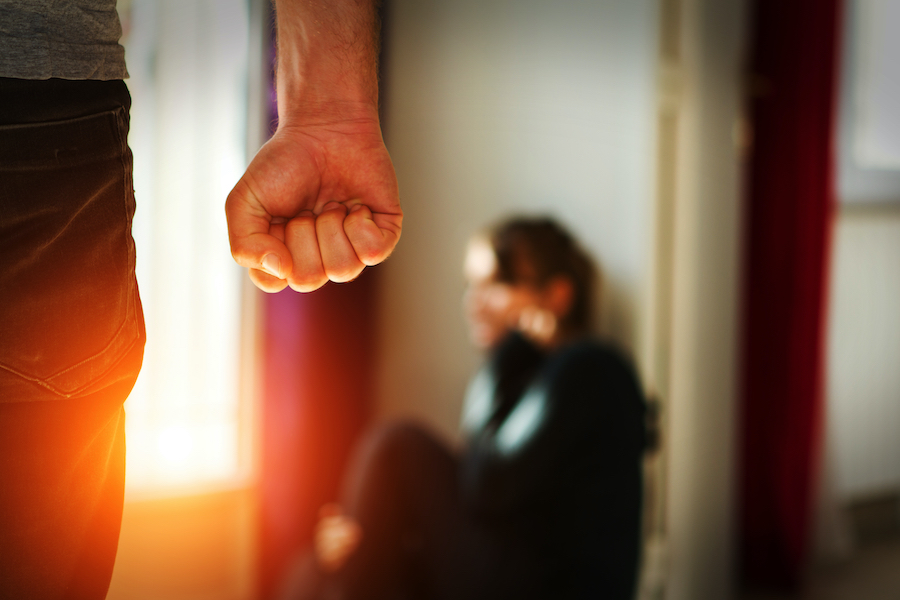 Recent tweets by courtside reporter Agatha Uvero on her alleged failed relationship with University Athletic Association of the Philippines (UAAP) “superstar” and PBA player Paul Desiderio is something we’ve seen one too many times, if and when the allegations are true. It’s like choking on reruns of B-movies on domestic abuse with little chance of this problem being addressed.

I should know. I’ve seen this happen one too many times myself: in a close-to-midnight shuttle ride home where a young man beat his girlfriend with his fist (I had to intervene, only to end up as the antagonist); a couple in the neighborhood who, nearly every night, put their taekwondo skills to the test – against each other (at one point, I thought their humble little house would collapse); and two female relatives whose bruises in the face and back told me these had nothing to do with overdosing on Gatorade Blue.

Sigh. Most men are just so effing clueless on how to wine and dine their spouses.

The coronavirus was anything but a showstopper. Domestic violence seems to have picked up soon after the pandemic lockdowns, with the World Health Organization (WHO) dedicating a full website page on how to deal with it. Imagine the WHO personnel in full PPEs barging in your home shortly after a domestic shouting match like something out of a George Orwell novel.

I know, I know. These days, domestic abuse is not just a one-way street. It seems that anyone on two legs with the exception of orangutans can be an abuser, gender and orientation aside. If House Bill 1365 passes into law, men can also fall under the category of “victim,” enjoying all the legal accoutrements that go with the protection of women.

Just this week, PBA party-list Rep. Margarita Nograles filed House Bill 1365 or the proposed Domestic Violence Act of 2022, which seeks to amend Republic Act 9262 or the VAWC Law so it may cover the male equivalent of abused and battered wives. The bill, which has been dubbed by media as the 'ander de saya' bill, will also give protection to members of the LGBTQ+ community suffering from domestic abuse and maltreatment. 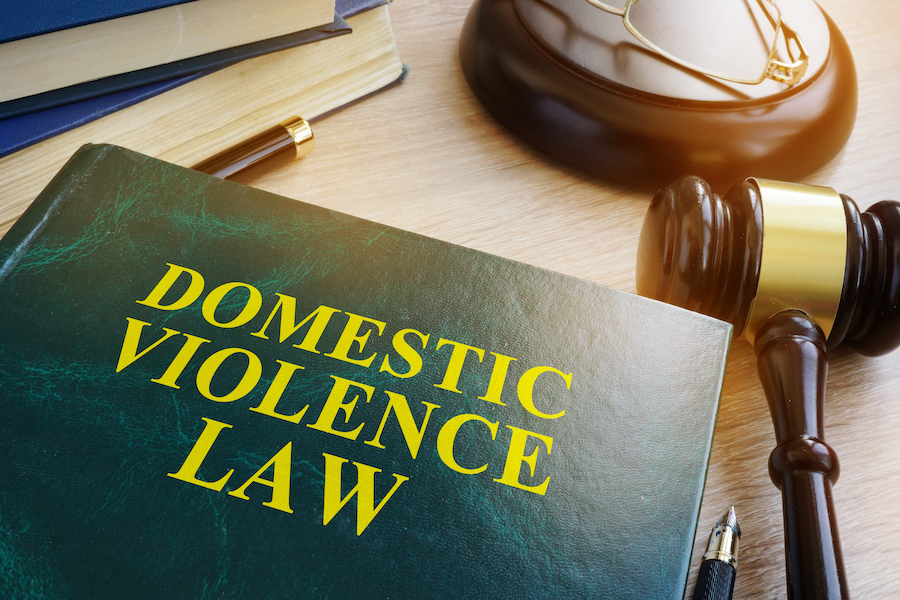 This bill, should it pass into law, can be abused by men everywhere. It is only natural for some women to fear it. But then, given the legal history of domestic abuse, violence cuts both ways, apparently. It only goes to show that relationships, even at its most enduring, is flawed to the core.

Being either “battered” or “buttered” – the latter being an emotional, physical, and psychological condition where the object of affection is treated like Layered Yellow Cake with Chocolate Buttercream – of course, is far from being a complete dichotomy of human relationships.

Anyone can attest that, at best, at its most favorable, staying as a couple can be complicated.

Gender-based violence: The hidden danger of the pandemic

It’s like the Universe trying to play a cruel joke on people from the beginning of time, saying, “Oh, I have the raddest idea! Why don’t we put two humans together, with extremely different backgrounds and upbringing, raised in places that are totally poles apart, and have them fall madly in love with each other, and then chain them in a wedding vow where they have no way out! Let’s see how this goes.”

It’s unarguably the strongest reason why I am all for divorce: because under such dire and well-nigh unbearable circumstances, I strongly believe in giving people second chances at love.

Speaking of divorce, the Church being so against it, may I offer a little rant to Christian men everywhere. How lucky you are that you have a Bible verse to latch on to anytime push comes to shove: 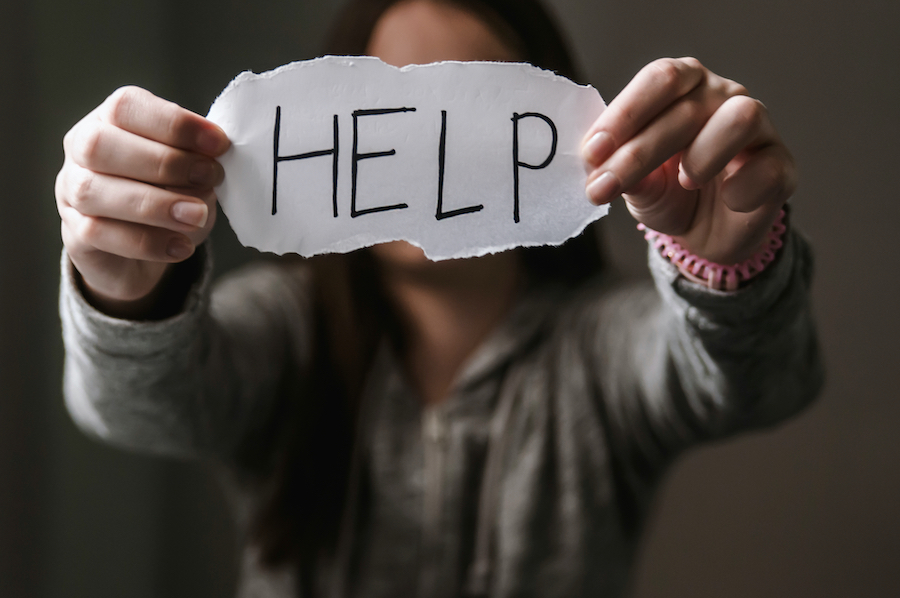 Everything. That includes whipping up the best seafood kare-kare with crab meat to boot, but at your expense.

Why? Oh, don’t you dare stop at that verse, little man. Demanding that level of dedication and passion from your wife comes with a steep, steep price: “Husbands, love your wives, just as Christ loved the church and gave himself up for her [emphasis, mine].”

That means nothing shy of agreeing to be falsely charged, attacked, flogged, beaten, crowned with thorns, and later hung with nails for errors and crimes your beloved has committed, either against you or others, to stand in her stead in the court of God’s justice or the eyes of peers, and die the way criminals die if only to save your wife – with all the blame, culpability, and shame heaped only on you and no one else.

Suffice it that a wife’s submission, or any other sort of submission -- romantic, political or otherwise – in biblical language, has nothing to do with slavery and blind obedience.

Love, they say, is a many splendored thing. True, but one cannot say he or she has truly loved if all that they had ever loved is love. Love is deciding to spend the rest of your life with another human being – for better or for worse, or for simply doing the laundry, paying taxes and eating your children’s leftovers (if you want to have children).

And that’s where the rubber meets the dirt road. So, buckle up, lovebirds. For this joyride, it pays to wear your seatbelts.