The world was at war.

One tour of duty saw an American soldier meeting this petite, young French lady at an al fresco diner somewhere in Paris. It was love at first sight. At the end of the war, the couple said their wedding vows and set out for their newfound life together.

Situations remained unforgiving in a world still grappling with the loss of tens of millions because of a war nobody wanted. It didn’t matter: they were in love. Money was hard to come by, and with the pressures of daily living bearing down on everyone, it didn’t take long for the couple to feel the weight of the times.

The couple, notwithstanding, bravely held on for love – and for their newborn child – who, sooner than she was born, fell sick and died. The loss was too much to bear. The woman left the young soldier, and alone in their ramshackle house where all the memories festered into muck, he began to write.

Thrilled at finishing his first attempt at writing a novel, he returned to his wife and left the manuscript in her care until they could go back home. On a train ride home, the wife, excited to once more be with her husband, alighted the train without picking up the leather case which carried the manuscript. 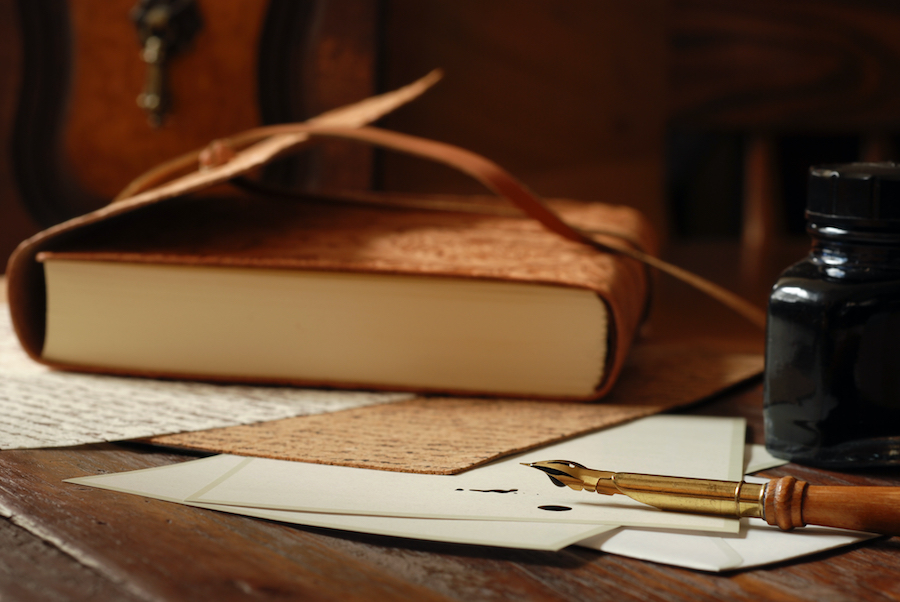 No one knew what became of the manuscript until decades later, in a secondhand store in Paris, a newly-wed young woman bought the leather case for her husband who was a struggling writer.

The long and short of it is that after the husband discovered the manuscript tucked away in a secret compartment in the leather case, immediately he typed it word for word on his laptop, wrestling with whether he should lay claim to its words or not. The name of the original author wasn’t inscribed. No byline proved ownership.

Alas, he submitted the manuscript, despite his reluctance, to a publishing firm where, weeks later, it was hailed as the literary work of the decade. The struggling writer, now under the glimmer of spotlights, was then accepted in the academy of letters.

Little did he know that one auspicious night, a man had appeared on the steps of the building where the celebrations were taking place. The once young soldier, now old and noticeably broken, had found his lost manuscript. And he knew very well who took it.

This heartbreaking plotline comes from the 2012 movie, The Words, starring Bradley Cooper (Rory) as the struggling writer, and Jeremy Irons as the old soldier and once young author of the lost manuscript.

What broke the camel’s back wasn’t that they eventually met and wrestled with the theft of the original author’s words. It was when the plagiarist, stricken with guilt, offered to pay the old man, and later expose his own wrongdoing to which the old soldier said no. “You are more a fool than I thought you were.”

And the tragedy of plagiarism is this: it destroys what little confidence is left in the plagiarist. That is the pain.

Plagiarius, the Latin for plagiarism, means to kidnap, from plagium, a kidnapping, and the Greek plagion of the same meaning. Plagiarism without doubt, even in the old days, was thought of as criminal.

Given its rather expansive etymology, the word itself reminds us of other forms of “plagiarism,” the most decadent and vile of which is hijacking language to mean other things. 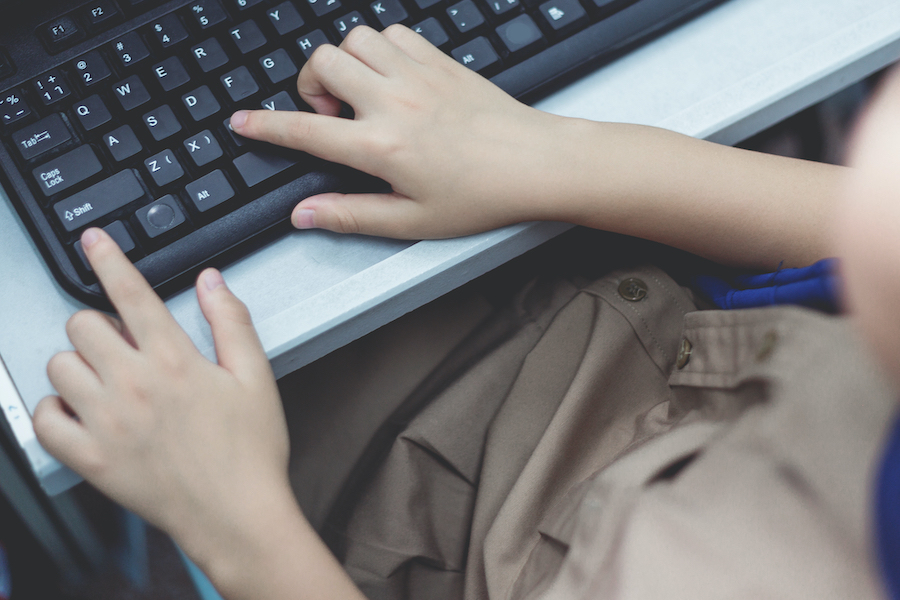 Today, some very powerful quarters think of democracy, patriotism, and nationalism as blind loyalty to the State, not its people. The late great Filipino writer Nick Joaquin, a.k.a. Quijano de Manila, reminded us what a nation truly is when he wrote in a June 12, 1965 essay for the Philippines Free Press:

“But a nation is not its politics or economics,” he wrote. “A nation is its people. And a nation changes only when the people change.”

And allow me to just get this out of the way: while there is absolutely no point in copying what is good (it takes very little to give the proper attribution), there is even lesser justification to copy what is already deemed awful.

The recent case of plagiarism of a valedictory address is one such tragedy. There are tons of commencement addresses on YouTube that could inspire even the coldest hearts, the one by actor Denzel Washington not the least, or that speech delivered by Sean Connery (playing the role of a writer) in the movie Finding Forrester.

One has to give the original author the proper attribution, what is so difficult with that? If such words are worthy of being repeated, attribution gives the quoter a notch-higher prestige because of his or her excellent reading list. 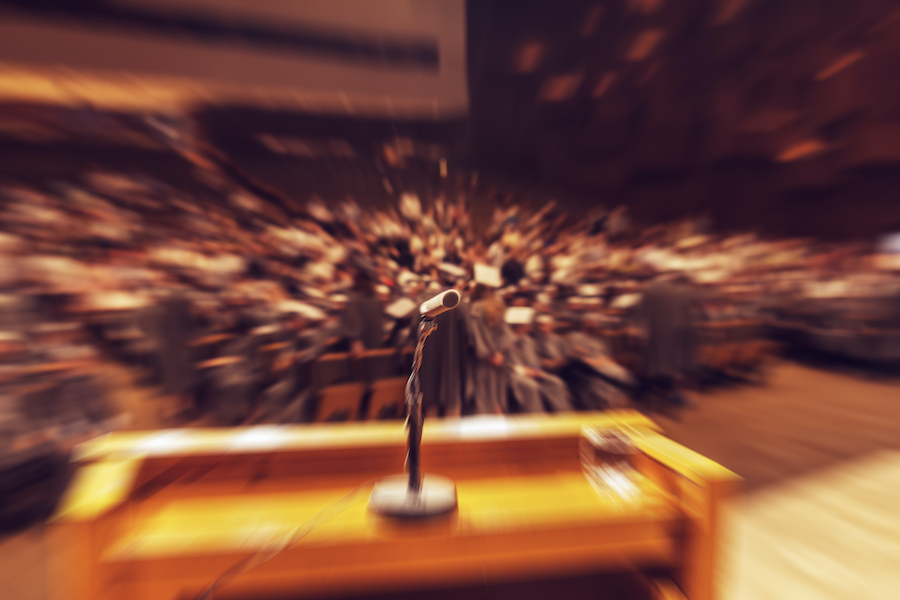 Hence, no one can play fast and loose on what is already bad to begin with without making a celebrity out of “second-rate, trying hard copycats” (Cherie Gil in the 1985 movie, Bituing Walang Ningning)– to the nation’s detriment. We’ve had enough of that already.

To all who think kidnapping one’s words earns just a slap on the wrist, remember this: forget the pain. Forget that it merits three-to-six years imprisonment and a fine of P50,000-P150,000 under the Cybercrime Prevention Act (*applicable in cases when plagiarism amounts to Copyright Infringement).

At the end of the movie, the once young soldier, now broken, said, “We all make choices in life, and the hard part is living with them.”

It’s the stain of plagiarism that will be impossible to erase. See, plagiarism and unrealistic ambition are conjoined in the gut, with ambition falsely sweetening the crime to the extent of being palatable to the would-be plagiarist.

If such words are worthy of being repeated, attribution gives the quoter a notch-higher prestige because of his or her excellent reading list.

How sweet it is to be thought of as intelligent and wise by the public, to get a million “likes” in day. And yet wasn’t it Aristotle or Plato who said that the truest wisdom is realizing you know nothing?

With plagiarism, you set your integrity up for a serious fall all because no one trusts a thief. Worse, social media will make sure to remind you of it.