In yet another last-minute announcement from Malacañang Palace on Sunday, NCR Plus (Metro Manila, Bulacan, Rizal, Laguna and Cavite) was put under MECQ (Modified Enhanced Community Quarantine) from April 12 to 30.

President Rodrigo Duterte last week skipped his address to the nation, leaving the country in the dark about the government’s plans on the ECQ lockdown, which was supposed to end April 12.

Last week Presidential Spokesperson Harry Roque said that Duterte would not address the nation because a number of his security detail from the Presidential Security Group (PSG) had tested positive for COVID.

Some members of the PSG were inoculated in September and October 2020, months ahead of frontline healthcare workers, with drugs smuggled from China.

“The physical safety of the President remains our utmost concern,” Roque said on April 7. “In addition, the preparation for the Talk to the People Address entails a number of staff complement and we also take due consideration their well-being.”

It should be noted that world leaders who were actually COVID positive continued to work and talk to their people while in isolation. These include French President Emmanuel Macron, Canadian Prime Minister Justin Trudeau, and UK Prime Minister Boris Johnson.

ECQ vs. MECQ: What’s the difference?

Roque announced yesterday that MECQ, the second strictest lockdown category, would be in place in NCR Plus until the end of April.

Here are guidelines between the two lockdown categories:

Home quarantine should be observed and movement is limited to accessing essential goods such as food and medicine.

Road, rail, maritime and aviation sectors shall be allowed to operate under DOTr guidelines.

ECQ: Mayors in NCR have allowed this from 6 to 9 a.m.
MECQ: Allowed within one’s barangay, village/subdivision.

ECQ: Prohibited with the exception of health and government services; wakes and funerals limited to immediate family.
MECQ: Religious gatherings at 10% capacity or 30% according to individual LGUs.

ECQ: Industries that have to do with the manufacture of medicines, food and agriculture; food establishments for takeout and delivery only; BPOs, financial services and public transport providers.

All other industries NOT allowed to operate on-site.

MECQ: Also NOT allowed to operate.

Can fully operate but with skeleton workforce.

Read the government guidelines on ECQ and MECQ below. 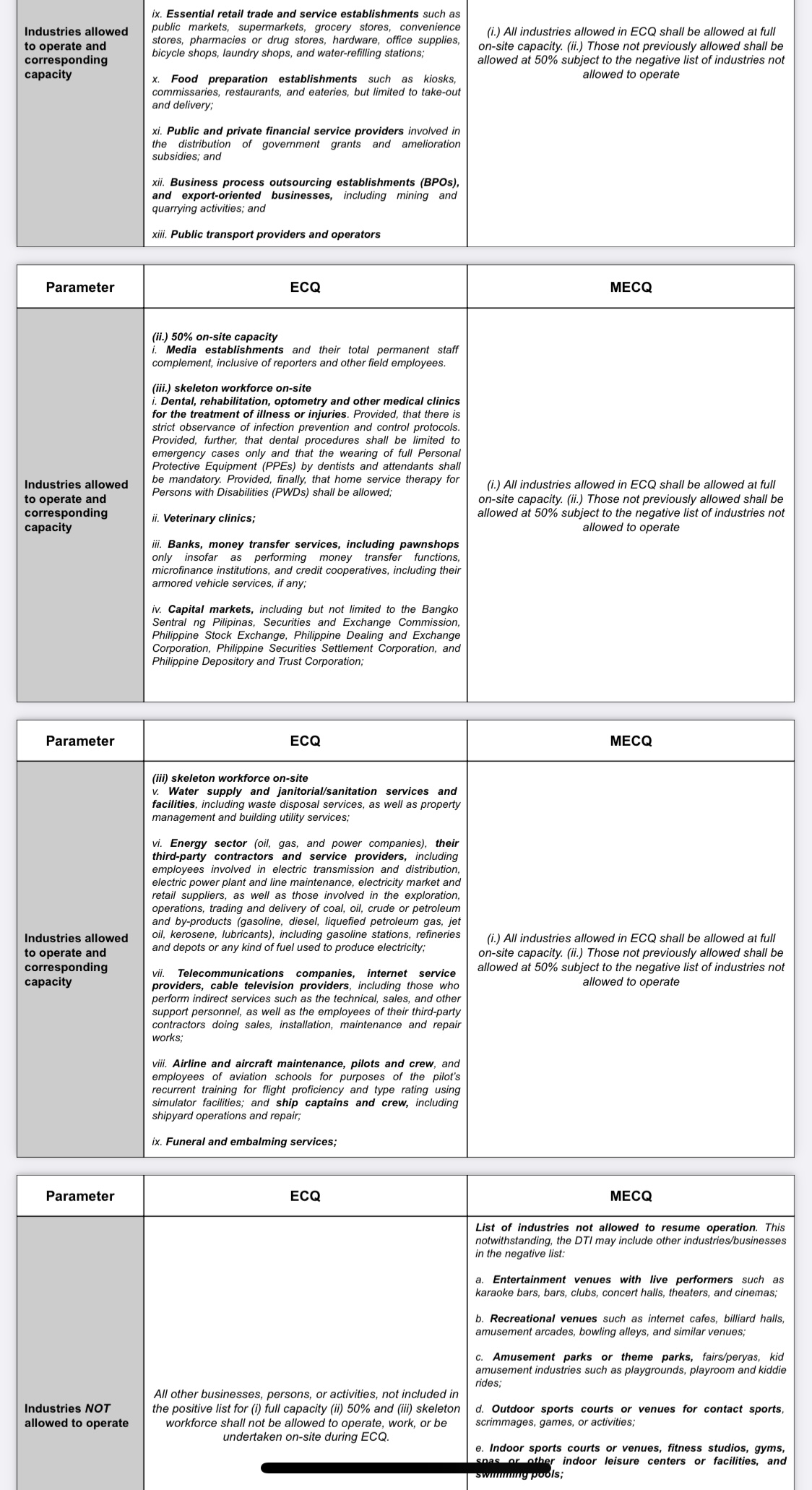 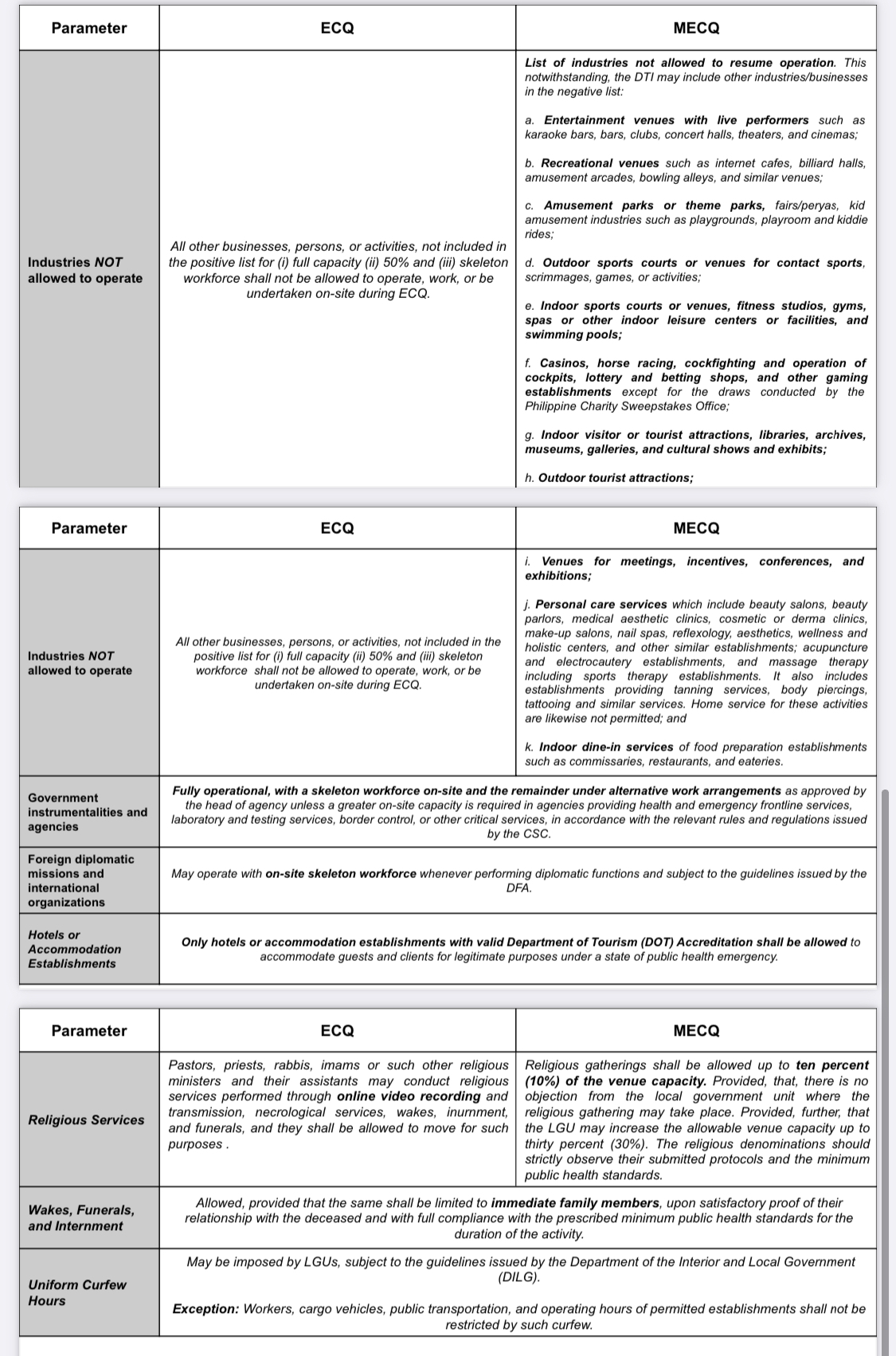