Where do you get your news and how do you form your political views and opinions? In the age of the internet and social media, the medium that not a few have casually dismissed as losing its audience still reigns supreme.

According to the latest survey by Pulse Asia in September, 91% of the country’s adult population get their political news from TV, with 82% citing national television and 25% local television. 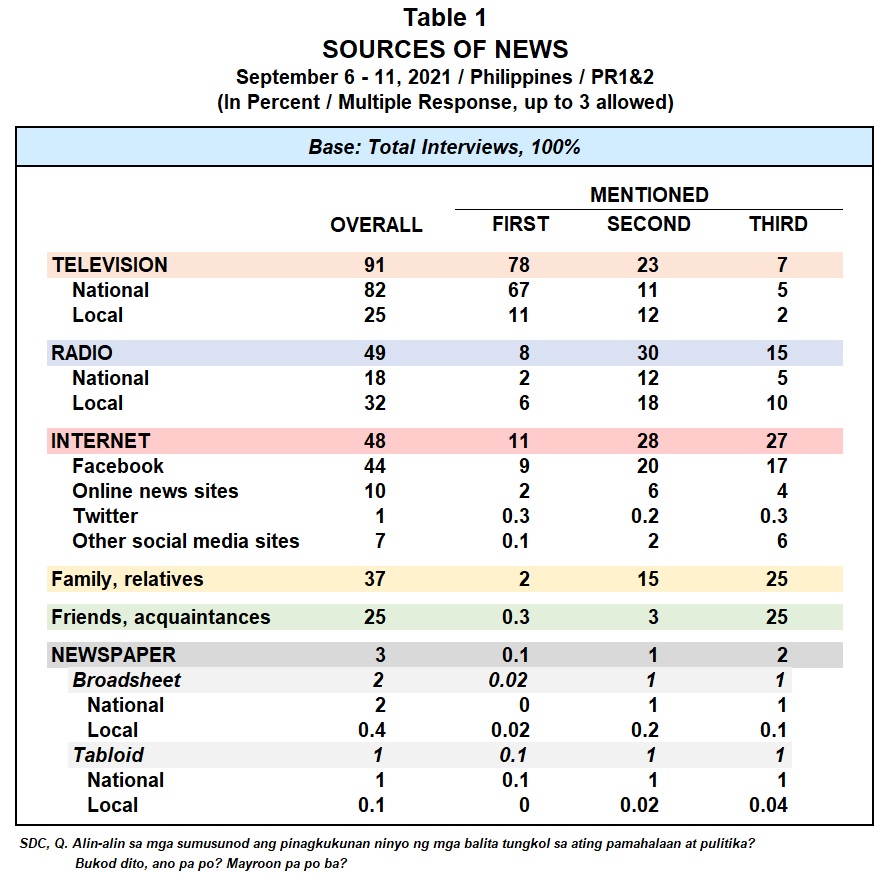 Radio is the news source of 49% of Filipino adults while 48% obtain their news about Philippine government and politics from the internet (48%)—particularly Facebook (44%). More than a third of adults (37%) cite friends and/or relatives as their news source while a quarter (25%) mention friends and/or acquaintances. 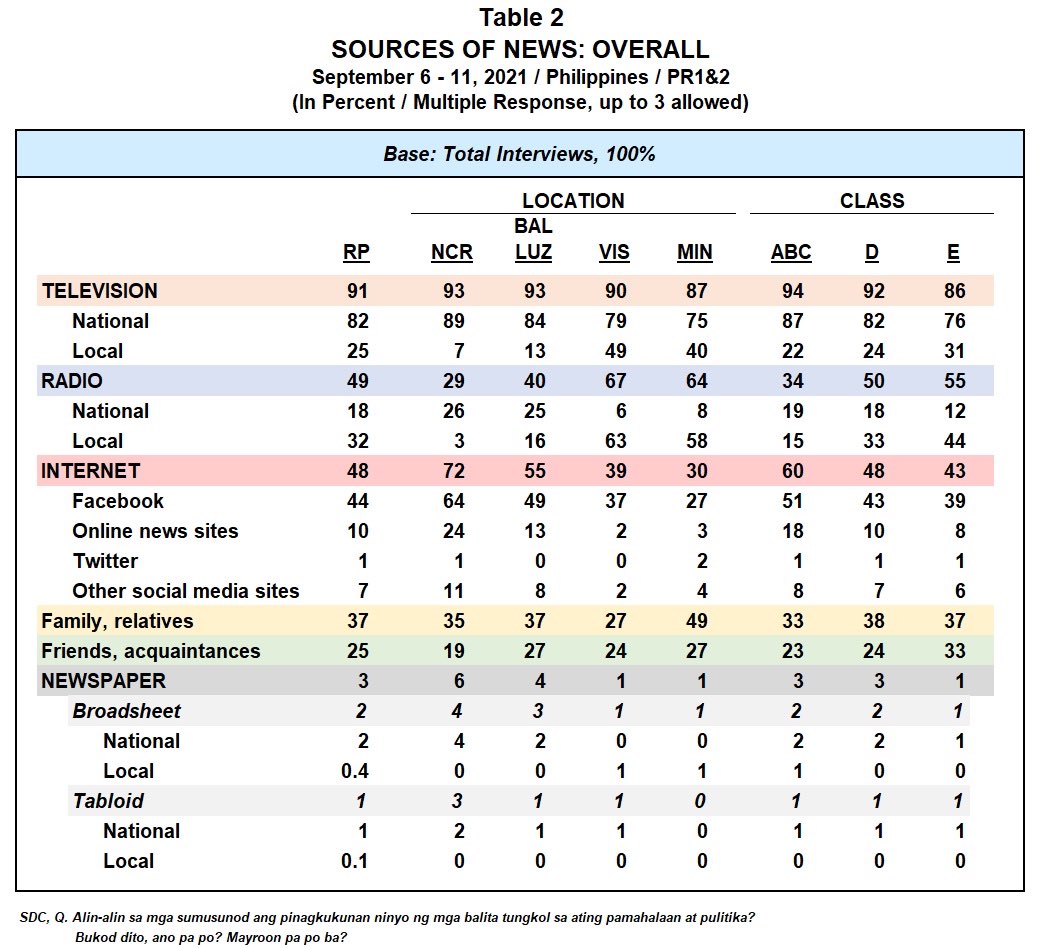 For people in Metro Manila, the internet is a news source for 72%; for the rest of Luzon it’s 55%; and for Class ABC it’s 60%. Facebook is identified as a source by more than half of Metro Manilans (64%) and those belonging to the best-off socio-economic grouping (51%).

Internet users go online to check their social media accounts (99%); to read, watch and/or listen to things that interest them (53%). 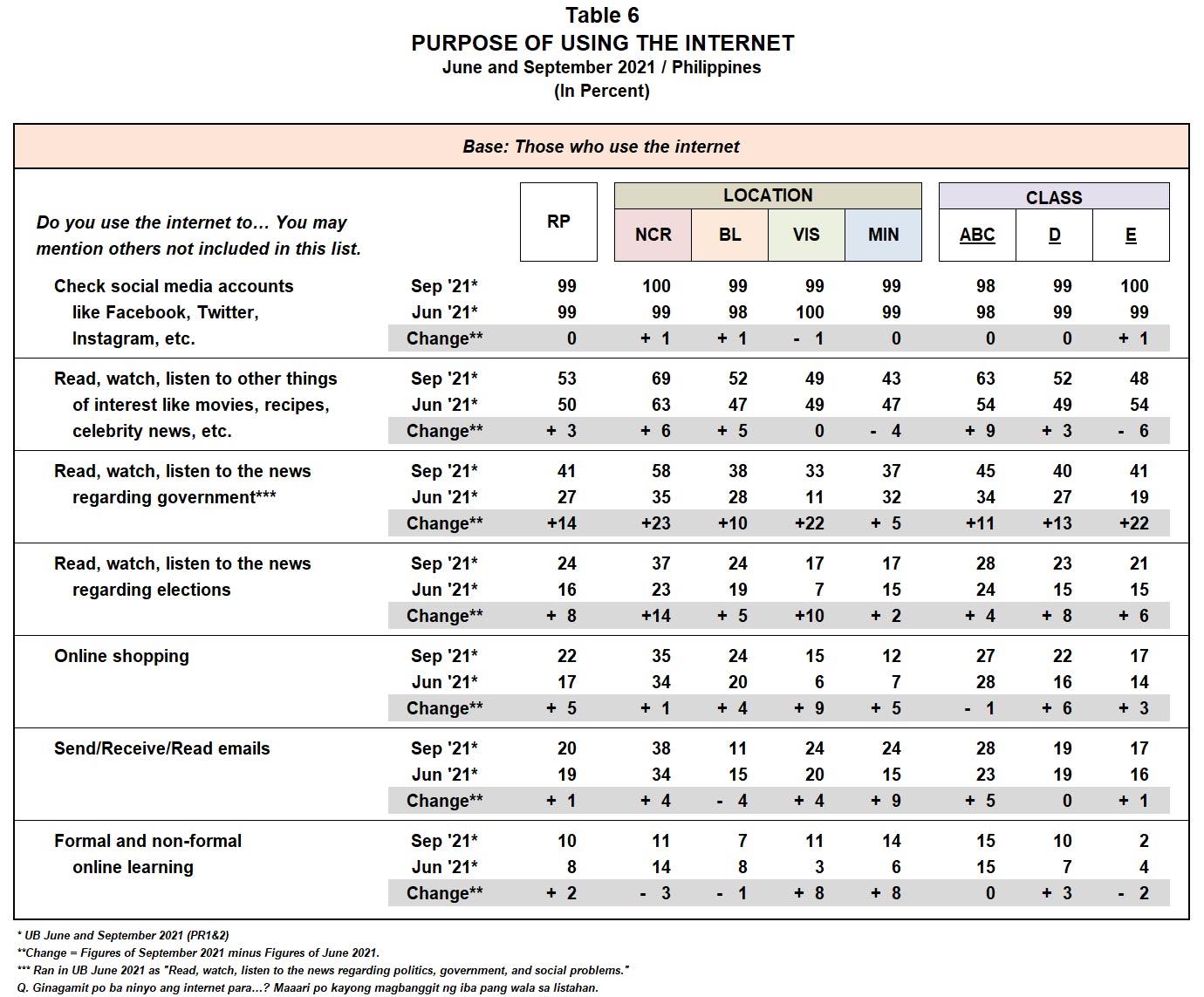 The survey found that 99% of people who go online do so to check their social media accounts. Meanwhile, a little over half of internet users (53%) access the internet to read, watch, and/or listen to things of interest to them such as movies, recipes, and celebrity news. The rest to do so to read, watch, and/or listen to news about the government (41%) or the elections (24%), to shop online (22%), to send, receive, and/or read emails (20%), and for formal and/or non-formal online learning (10%).

In the different areas and classes, majorities of Metro Manilans (73%), those in the rest of Luzon (62%), and those belonging to Classes ABC and D (60% and 58%, respectively) have a YouTube account. No other majority figures may be noted in these subgroupings. 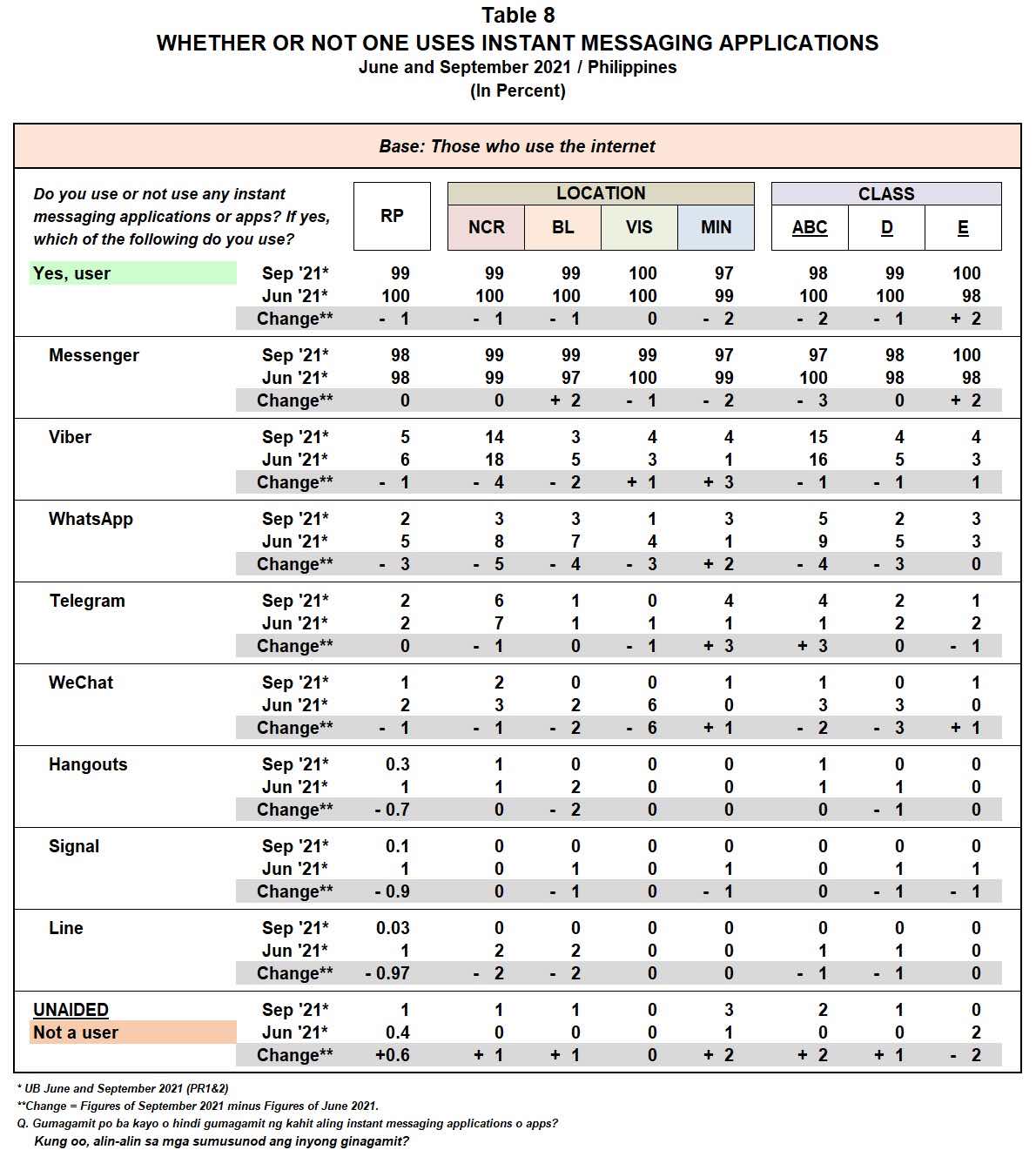 Almost all users of instant messaging applications talk to their family members (94%) and close friends (92%) via these applications while only about a quarter communicate with their co-workers (27%) and around a third engage with groups with similar wants or special interests and hobbies (36%). 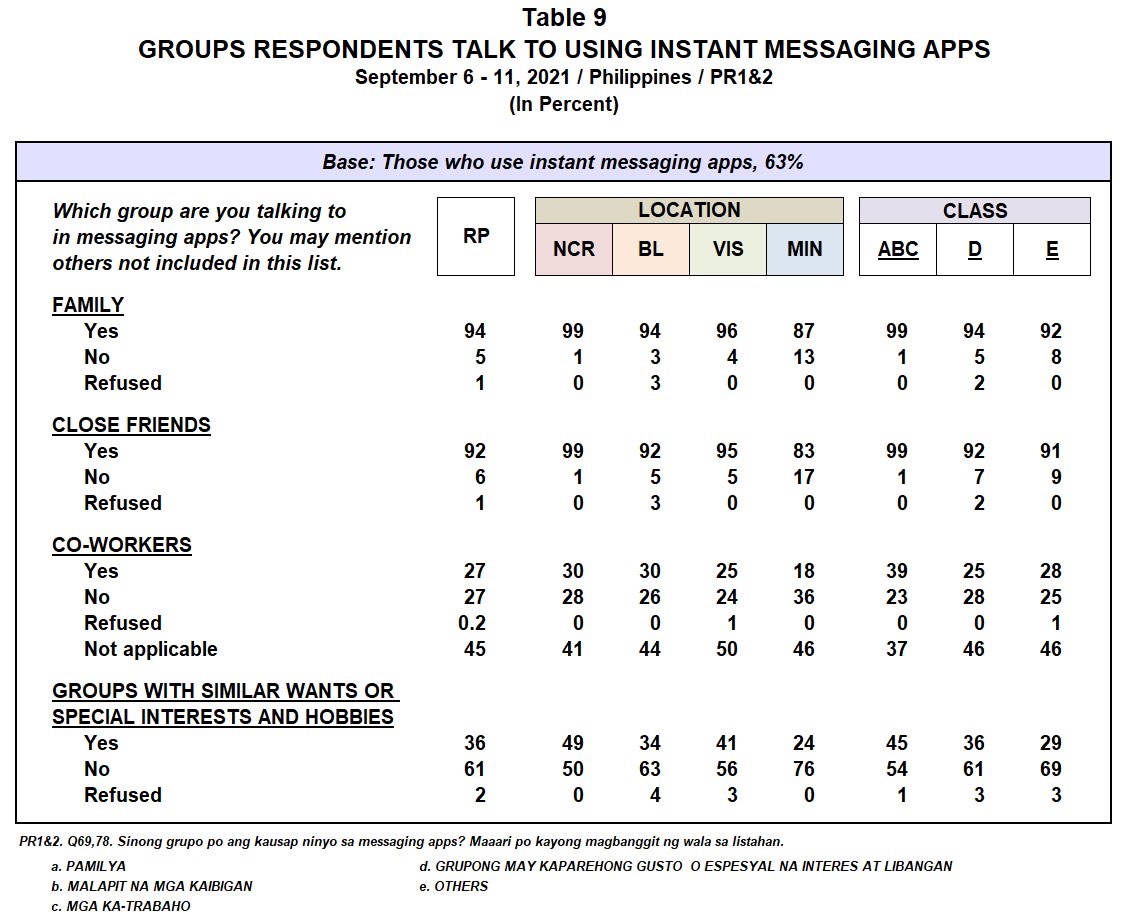 The survey found that politics is not discussed by most Filipino adults when they communicate with different groups via instant messaging.

Ukrainian refugees in Poland: ‘We love Ukraine and want to go home’