Disney has launched a heartwarming Filipino-themed Christmas ad for this year starring a lola (grandmother), her apo (granddaughter), and the ties and tradition binding a family together through the years.

“The heart-warming storyline is inspired by the themes of traditions, family togetherness, and nostalgia,” Disney said in a statement.

Disney’s iconic Mickey Mouse toy figures prominently in the three-minute animated tale as a gift that the grandmother receives, with much wonder and joy, as a kid in the 1940s, from her father. The parol, or the traditional Filipino christmas lantern, also appears in the short.

The story is accompanied by the vocals of 19-year old UK artist Griff singing the song “Love Is A Compass,” the official soundtrack of the campaign which was written by songwriting/production team, PARKWILD.

Griff was quoted by the PA news agency describing the story as “the happy ending everybody wants to see.”

“Right now at this time, it feels very timely and people are going to watch it and crave to be together and want to be together. It’s so important to give a message of hope and realise that we will all reconnect at some point. When I watched it, I just loved it,” said Griff.

Tasia Filippatos, senior vice president of Disney for Europe, the Middle East and Africa said “our goal was to tell a universal story that inspires through the themes of family, love, and special holiday traditions.” 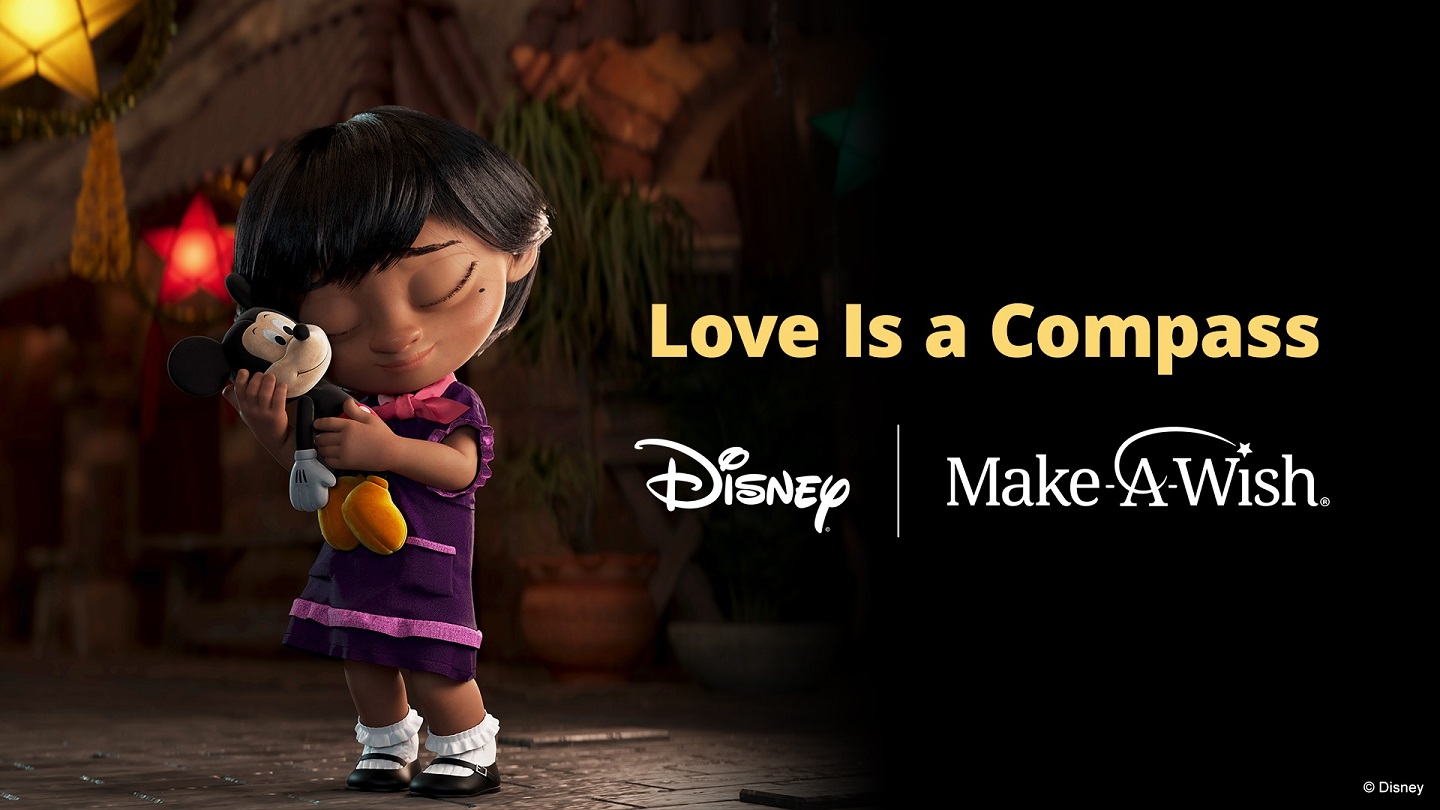 Disney made the short to celebrate their 40-year partnership with Make-A-Wish, a U.S.-based nonprofit organization helping fulfill the wishes of children with a critical illness.

The ad is now airing across TV and digital plus Disney’s own channels in 26 countries in Europe, the Middle East and Africa, as well as Australia, New Zealand, North America, and parts of Asia.

Part of the proceeds from the campaign—which will come from sales of the limited edition vintage Mickey Mouse doll, which sports a stitched lantern on its foot, and downloads of the Love Is A Compass single—will go to  the the Make-A-Wish foundation.

Elon Musk to reportedly charge businesses $1,000 (P50,000) if they want to stay verified on Twitter