Have you sensed a subtle scraping off the top of your head while seated in the school toilet? Curious as to what it is that’s rubbing against your scalp, you look up. There you find the bloody feet of a man swaying side to side as his cracked neck hangs by a rope, eyes staring at you, in full high-definition color.

If you think you’re potty-trained enough for such an experience, think again. The young man allegedly bolted out the lavatory with his pants down.

What about the dribble of tiny feet dashing across the gloomy lobby of a university, the laughter of toddlers bouncing off the cold, dead walls mere hours after the stroke of midnight? Even when no one was around? 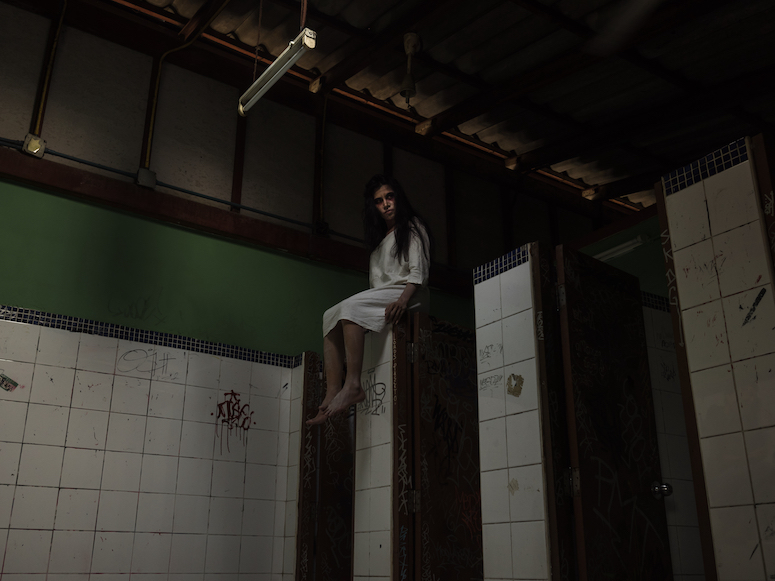 Or perhaps, as you seek shelter in a classroom one rain-soaked night, way past bedtime, you hear this strange gurgle down the hall. Unsure of who or what it is, and too wary to open the door, you take a peek through the large keyhole where some thing, with bloodshot eyes, is staring back at you?

These so-called paranormal activities allegedly happened inside some of our prestigious universities and colleges. My source material for the stories came from interviews I conducted decades ago while propping the first several editions of True Philippine Ghost Stories. I was one of a handful of contributing writers who once trolled ghosts for a pittance.

In that world, eyewitness accounts amounted to nothing but the undying thrill of a sidewalk scare.

First off, I’m not wont to believe in ghosts. I’m too much of a realist to chew on dark tales and swallow it, bones and all, without subjecting eyewitnesses – even spooks – to an interrogation.

While admittedly I’m a fan of Twilight Zone, Asian horror flicks, and whatever vampire movie was on the market, Bram Stoker’s Dracula being one of my favorite novels, I find the current crop of horror films a pinch too dull, with the possible exception of Chucky laughing and waving a bloody butcher’s knife in your face.

He’s still at it while married to Tiffany Valentine. Jeez! So much for “love conquers all”.

As a journalist, I am more horrified by the heinousness of the living than the hauntings of the dead. I was also told by several spiritualists that I’m what they call a “dead zone”. It appears that ghosts lose their “signal” when I’m around.

The reason (and I kid you not when I say this): spiritualists alleged that an eight-foot-tall entity with a flaming sword follows me around. Yes, my guardian angel is living a thug’s life. If only Michael Corleone knew, he would’ve ditched his bodyguards.

In my youth, I was able to convince several friends to spend the night in a cemetery. To my utter disappointment, I’ve learned that ghosts do not haunt their own backyards. Seriously, the living should learn a thing or two from this example.

Thus, when my young, cocky, overbearing self was handpicked by the editor as one of the writers for the said series, I grabbed the chance. Besides, the likelihood of playing footsie with the famous White Lady was an offer I simply can’t refuse. I’ve been dying to get her autograph and a selfie.

I began my explorations into the paranormal right in the very village where I live. A street had become notorious among teenagers in the area for its midnight drag races and, you guessed it, the spiritually harrowing. 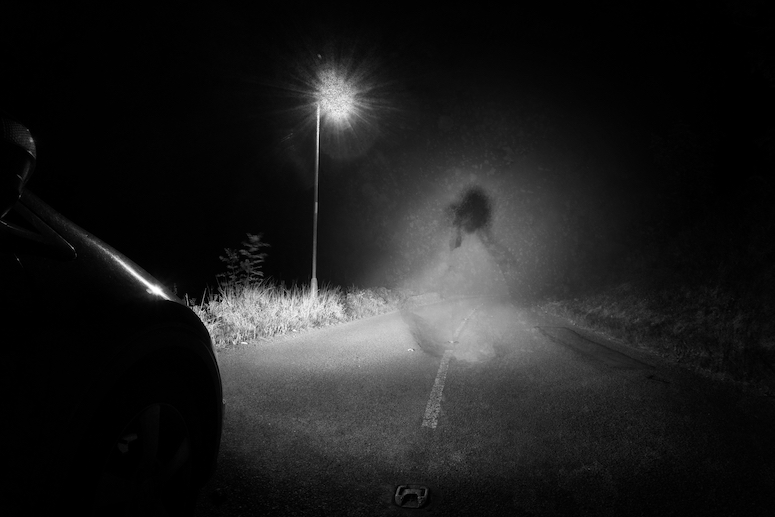 The story goes that if for some reason your car stops in the middle of the said road, a black sedan will pull up to the side and rev its engines, taunting you to a drag race. If you take up the challenge, the black sedan would scroll down its heavily-tinted windows to expose a young man and woman in bloody wedding clothes, their faces bashed in like watermelons run over by a bus. Rumor has it that a couple had died in an accident on their wedding day after being challenged to a race.

The supposed haunting soon turned daunting after two roving security guards appeared behind me from out of nowhere, asking if I’m a member of akyat-bahay gang. The nerve.

My own father was said to have haunted his best friend’s breakfast table shortly after his death. This forced the kasambahay to resign after “seeing” my dad sip his coffee in their backyard for two straight weeks.

I find that absolutely depressing. This goes to show my dad preferred our neighbor’s chicharron bulaklak over my mom’s egg rolls, which is quite the metaphor for the decision to choose a police chief as undersecretary of Health than a doctor. But that’s for another column.

Tales of hauntings never fail to amaze us, pretty much like election results. Both are unequivocally mysterious, unexplainable, bizarre. It doesn’t, however, mean that ghosts – like ghost voters – don’t “exist”.

They walk among us.