Style Living Self Celebrity Geeky News and Views
In the Paper BrandedUp Hello! Create with us
(left) @johnarcilla and @msaiaidelasalas on Instagram, (middle) GMA Network and ABS-CBN Film Productions Inc. on Facebook, (right) @eugenedomingo_official and @pepe.herrera on Instagram

Star Cinema is the film production arm of ABS-CBN, which has produced hits like Alone/Together, Isa Pa With Feelings, It Takes a Man and a Woman, and Ang Cute ng Ina Mo!, among others.

The deal provides GMA not only with the means to broaden its media library but also with opportunities for more tie-ups with the network in the future, GMA president and COO Gilberto Duavit said during the virtual contract signing. It comes two years after Congress junked the petition of ABS-CBN to renew its franchise, prompting the network to go off-air on May 4, 2020.

Award-winning actor John Arcilla emphasized his love for GAMBAS (a combined acronym for the two networks) on an Instagram post, hoping that the partnership will "bring the 'fan-thinkings' into a new level. That everyone can be friends for the better and for everyone’s advantage. That there is no point of hating each other since the people we’re trying to fight for can actually agree and befriend each other."

"Hope this will liberate the minds of fanatics about the culture of 'HATE' that it is more enriching to LOVE and SUPPORT the people we love and the SHOWBUSINESS in general," the actor added.

Comedienne and host Eugene Domingo posted an Instagram Story with a colorful GIF that says “NICE WORK.” Her movie Ang Babae Sa Septic Tank is expected to air in GMA together with the other blockbuster Star Cinema films.

Kim Atienza, meanwhile, reposted GMA's Instagram post of the virtual contract signing and captioned it with "The force field is broken." He also described the partnership as "the beginning of many beautiful things to come."

Joey Abacan, GMA First VP for Program Management, also announced the merger on his Instagram feed. "Impossible things do happen through prayers - our goal stemmed from our love for our Kapuso viewers to have a wider array of local movies for free," the TV exec said.

"Thanks to both parties for making this happen #harmony," he added.

His post gained a flood of heart, clap, and "wow" reactions from Kapuso stars, including Sofia Pablo, Bianca Umali, and Jeric Gonzales. 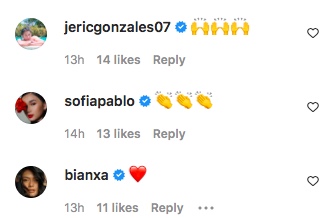 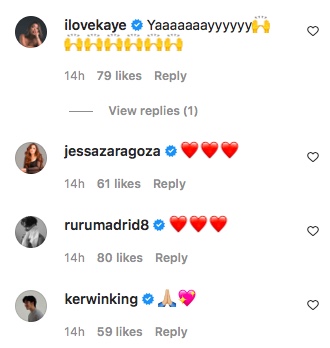 She also hopes that the union will put an end to the so-called “network wars.”

Jemima Cruz is a dedicated student-writer who sees writing as both her battlefield and comfort zone. With her openness to learn, she spent junior and college years writing creative essays, program scripts, and articles.