Ever dreamed of sitting front-row at a fashion show?

I scored one of those coveted seats last week as five Filipino designers showed their collections at The Front Row, Singapore’s first-ever virtual fashion show.

“I wanted to make sure that our piece would be about the introduction of designers,” Lozada says. “I was more into image perception. I kept pointing this out to Paolo Abella: We might as well go for the branding more than anything.”

Affirms Abella, who also makes social documentaries, “Now more than ever, it's important to be able to communicate what our designers are about. We didn't want to just do a simple runway-show video, or not even a traditional fashion film. It was really more of a hybrid between fashion film, brand video and something that communicates more ideologies and the creative process of the designer.”

The resulting film is a stunning work of art that gives each designer his or her moment in the spotlight, and transmits their creative vision through a powerful combination of moving images and music.

After the film came a panel discussion hosted by Boy Abunda, who interviewed all the creatives involved in the project about their response to the pandemic and how fashion is redesigning itself for the new normal. 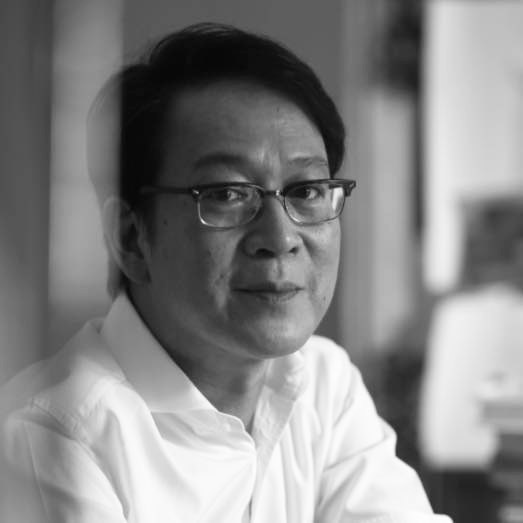 Jojie Lloren’s collection was composed of pieces he curated from past collections. “They take reference from religious iconography and garments, hence the title ‘Faith is My Shelter,’” he says. 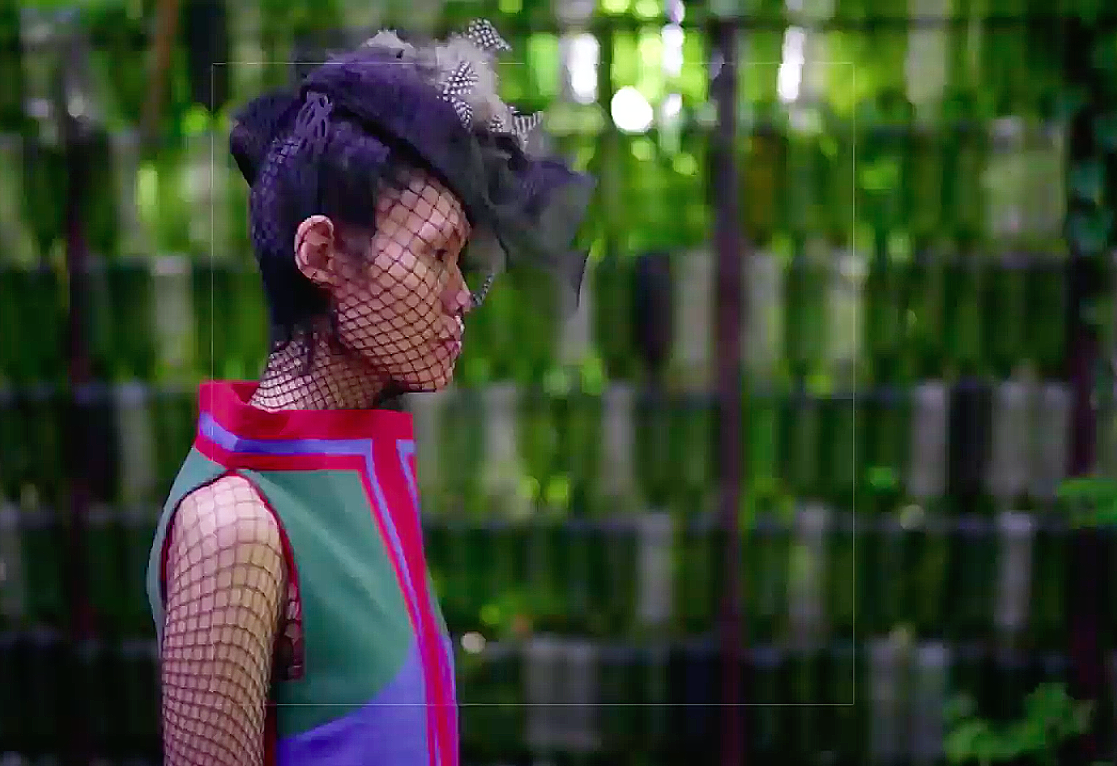 The Project Runway Philippines mentor enjoyed using film as another platform to show his collections: “Just like the exhibit I did at the CCP before, in a film, the audience can get an intimate look at the details of the pieces and can review them repeatedly. Actual runway shows, on the other hand, are more experiential, as viewers are part of the setup. Details are blurred; imperfections are minimized because of the physical distance between clothes and viewers. They are also the most expensive to put up.”

This pandemic has strengthened his belief in the value of timeless pieces: “Because the craftsmanship and quality are superb, these pieces can be repeatedly worn by the owner and resold in the future, which helps with sustainability in fashion.” 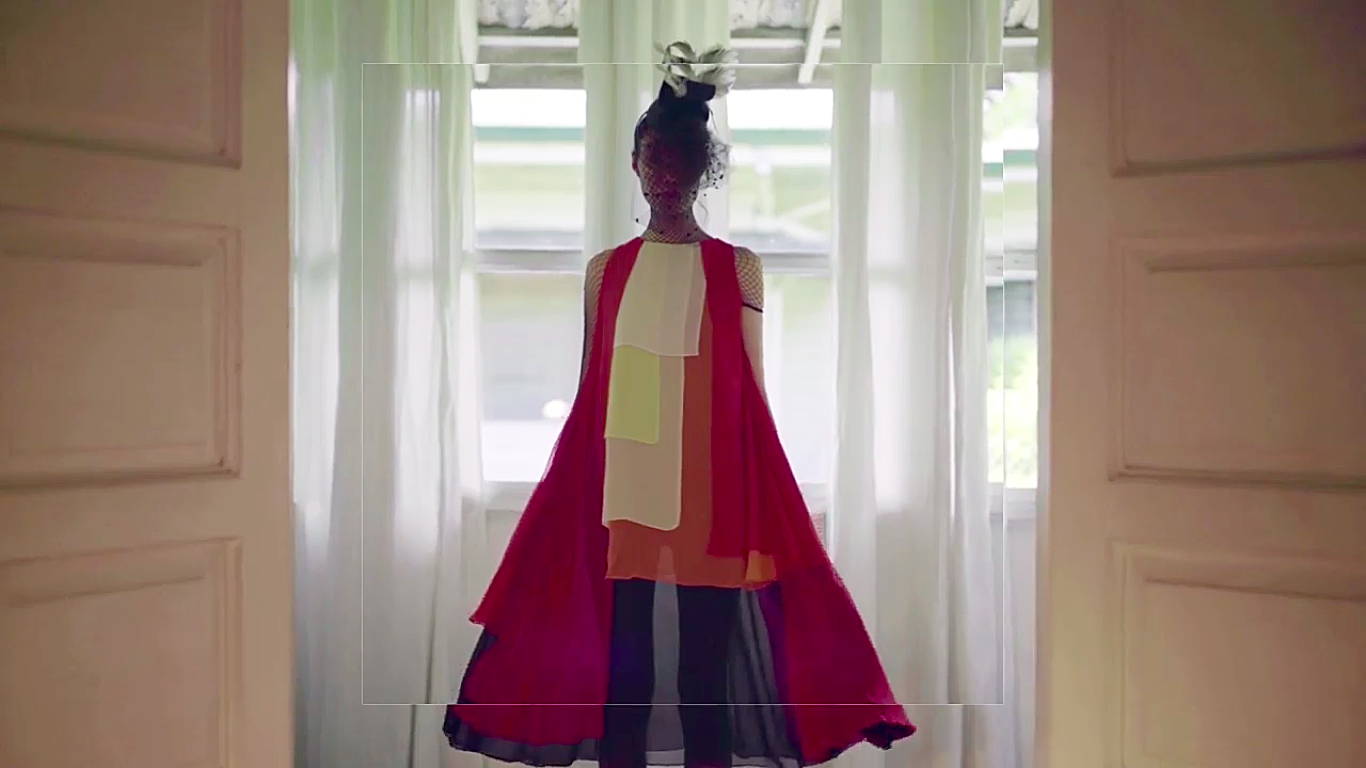 Jojie says he’s working on making his designs more sustainable, and studying the market to glean what it wants post-COVID. “I'm looking forward, because when the world suffers a war or a pandemic, right after that would be a new age. So I'm looking forward to that — a silhouette or particular design that would mark that new age.” 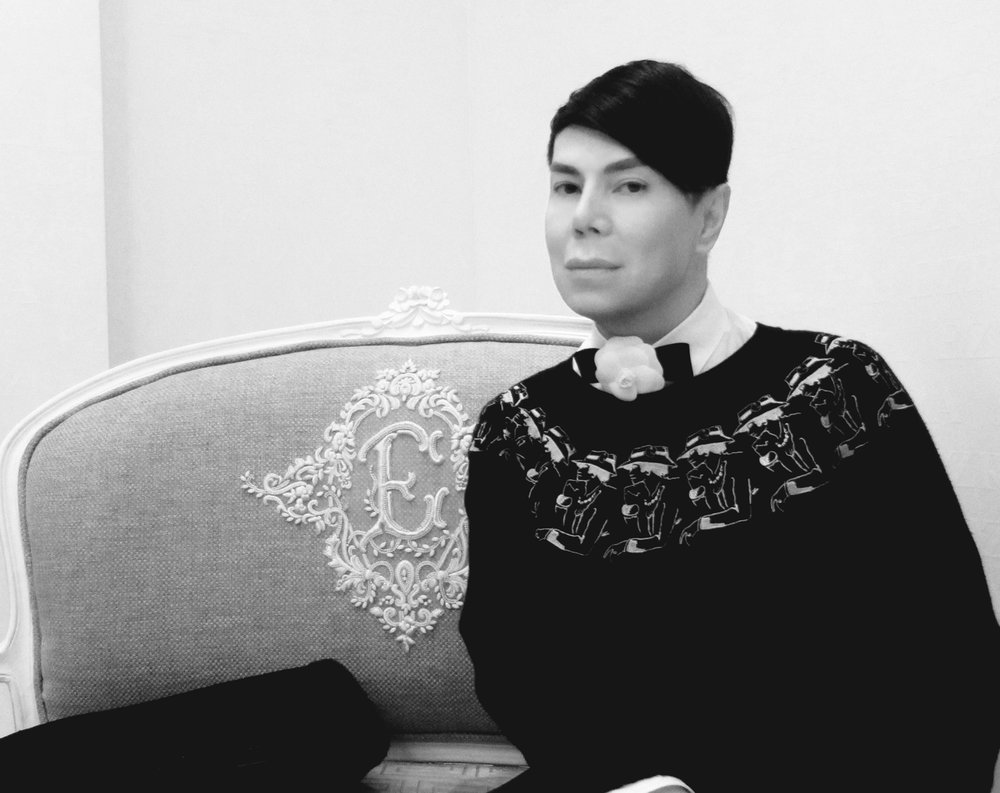 Designer Ezra Santos is based in Dubai, the owner and designer of Ezra Couture. “In this time of pandemic be positive about it, because if we’re going back to history, in 1918 when there was a huge pandemic, and afterwards it was a great year for fashion,” he says. 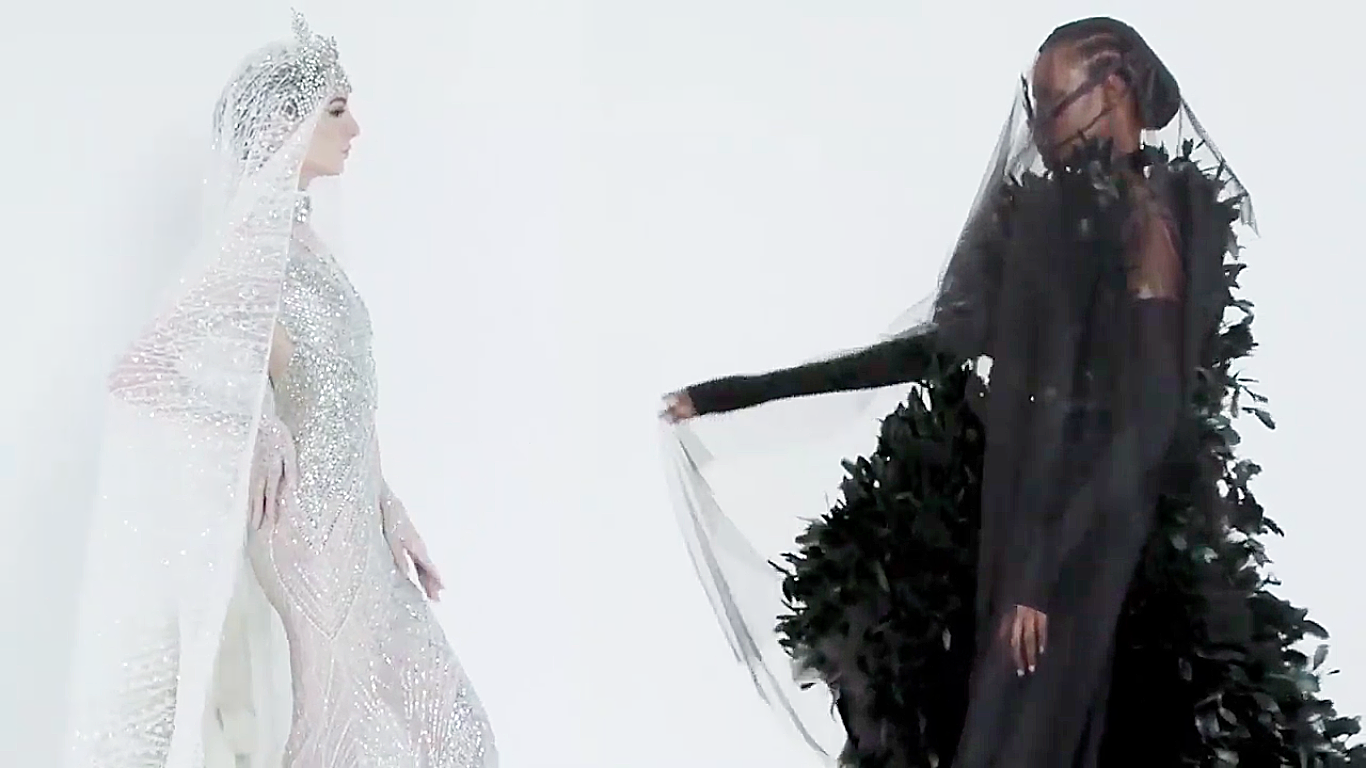 The designer, whose opulent creations have dressed Arab and European royalty, says that in Dubai, parties and all other activities were stopped. “In the past three months we've been doing a lot of thinking about what we can do in a very positive way — trying to do something that's more relevant in today's situation.” 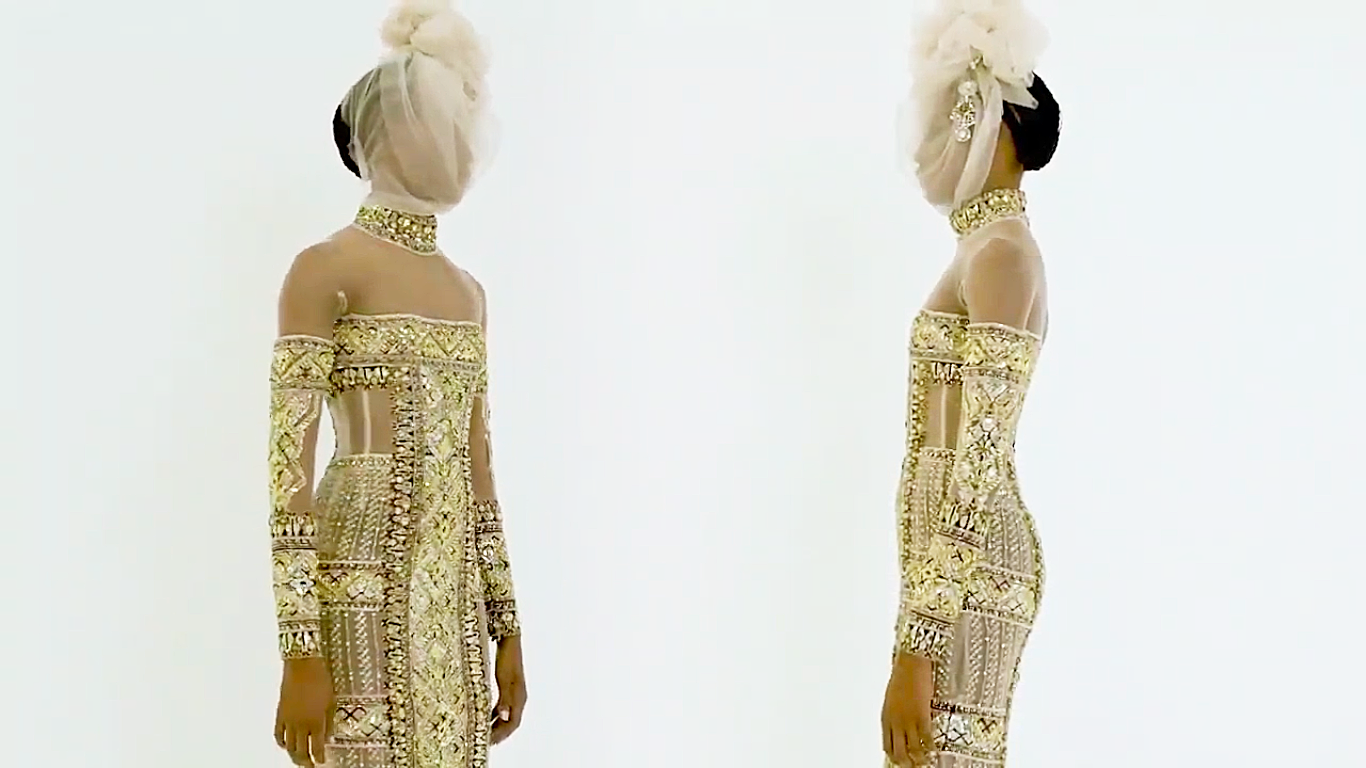 Since he’s been on his laptop for the past three months, he says all his creative juices have come out but “you get frustrated because you can't do anything, so all your frustrations go to your creativity. I really want to create beautiful things, and would love to produce as soon as I can.” 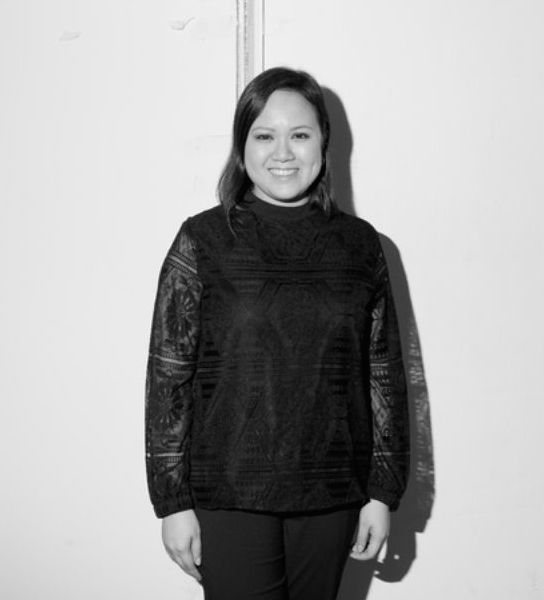 Up-and-coming designer Bea Samson is the founder of Studio Paraluman, which houses her namesake label, Bea Samson, and her third line, Gunita. 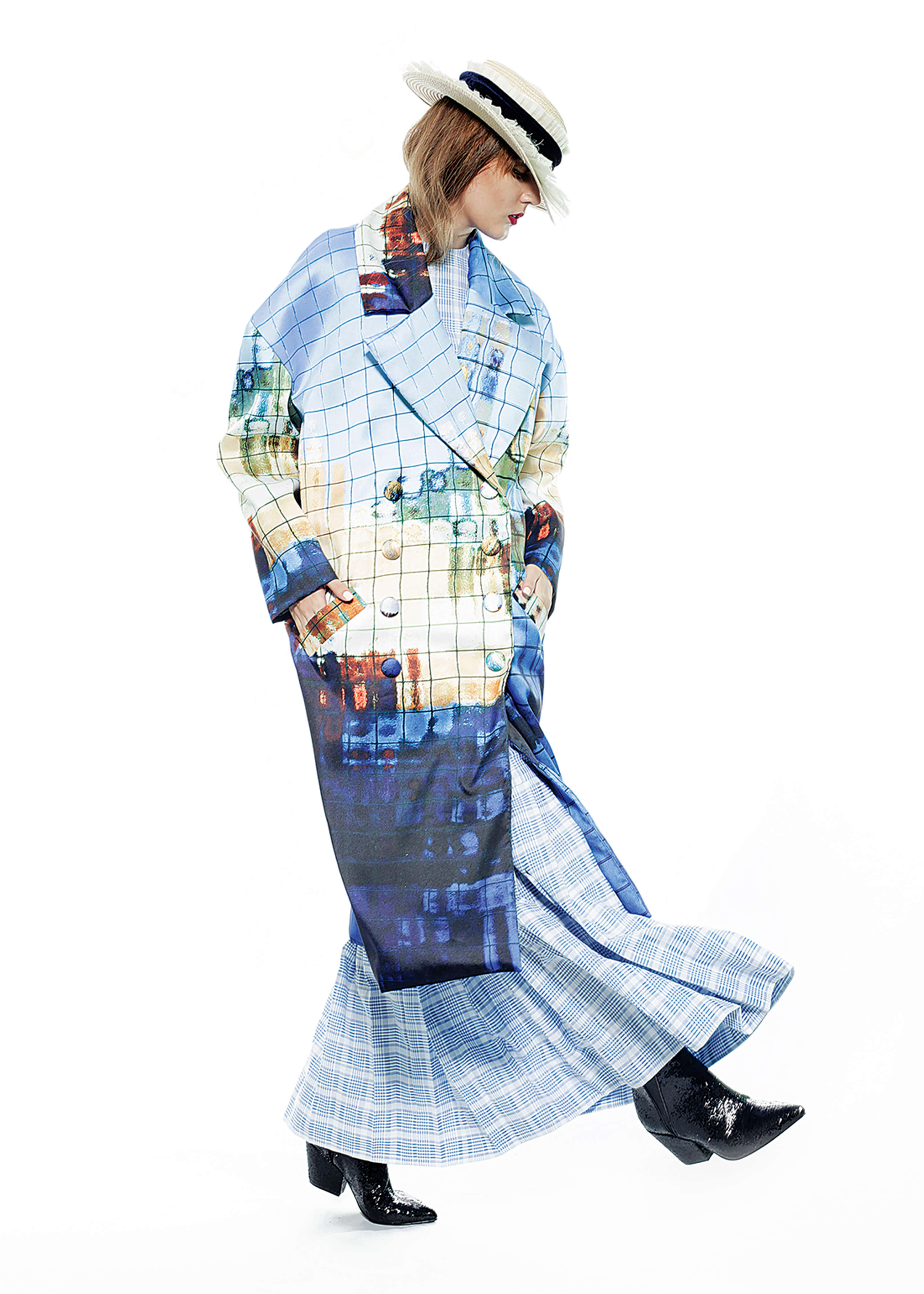 “Even before the pandemic started I'd been working closely with a small group of weavers and been encouraging people I know to invest in clothing made with local fabrics like Philippine cotton and silk,” she says. “If we invest in sustainable pieces, you not only help people in the community have their own livelihood; you encourage these communities that have the craftsmanship, talent and skill to really do something beautifully hand-woven.”

Ever since the pandemic started, Samson noticed that a lot of ladies were loath to spray Lysol or alcohol on their leather goods, so she thought of creating tote bags they wouldn’t be afraid to disinfect. “I could try doing patchworks or silkscreen printing. It all boils down to the basic tote —something creative yet practical at this time.” 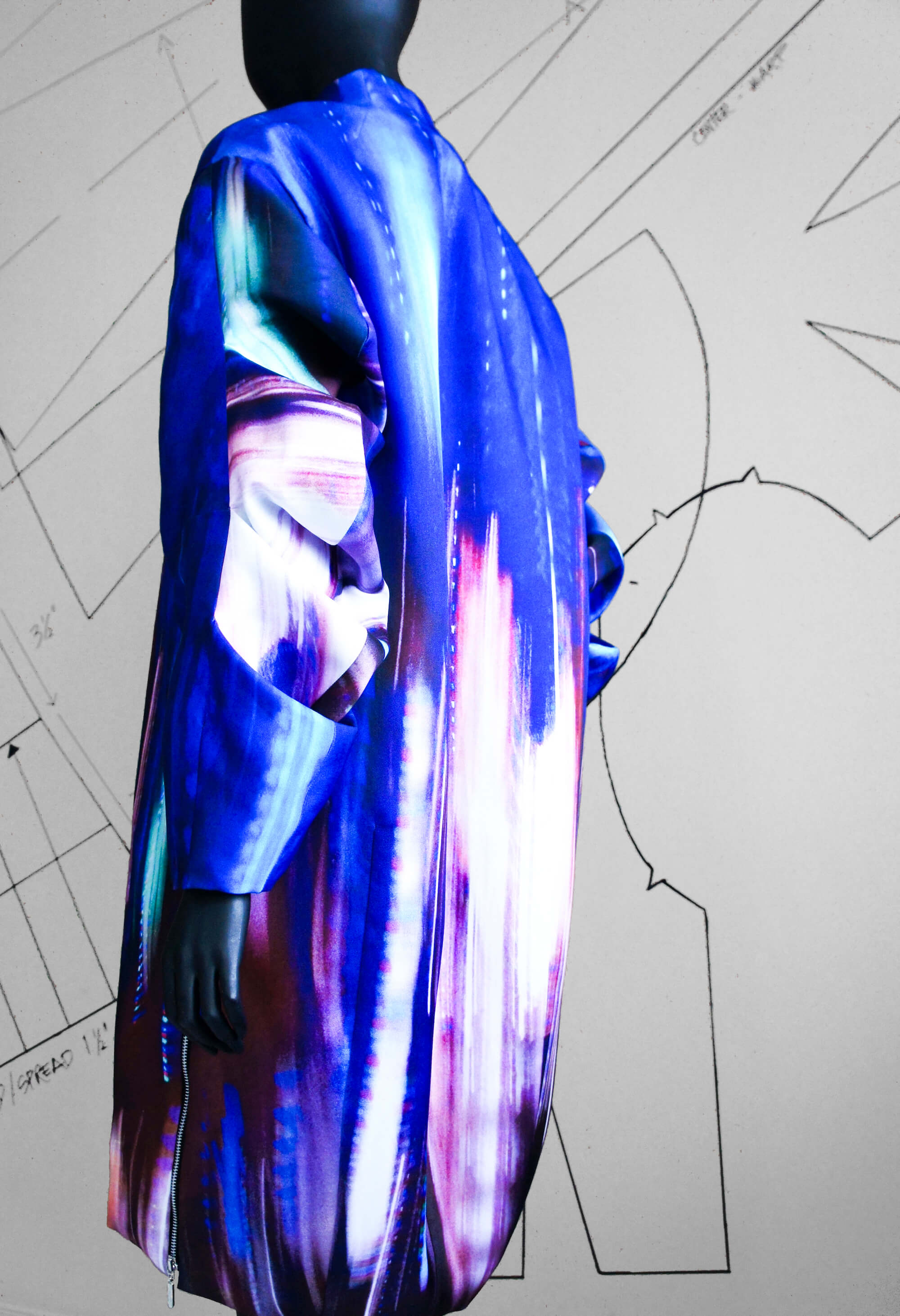 During quarantine she’s been mulling over what direction her brand should take and how to cope. “It's a good time to learn things can help improve myself as a designer,” she muses. “Even if we're all based in our homes right now we have the internet, so we can cross borders and help promote fellow Filipino brands.” 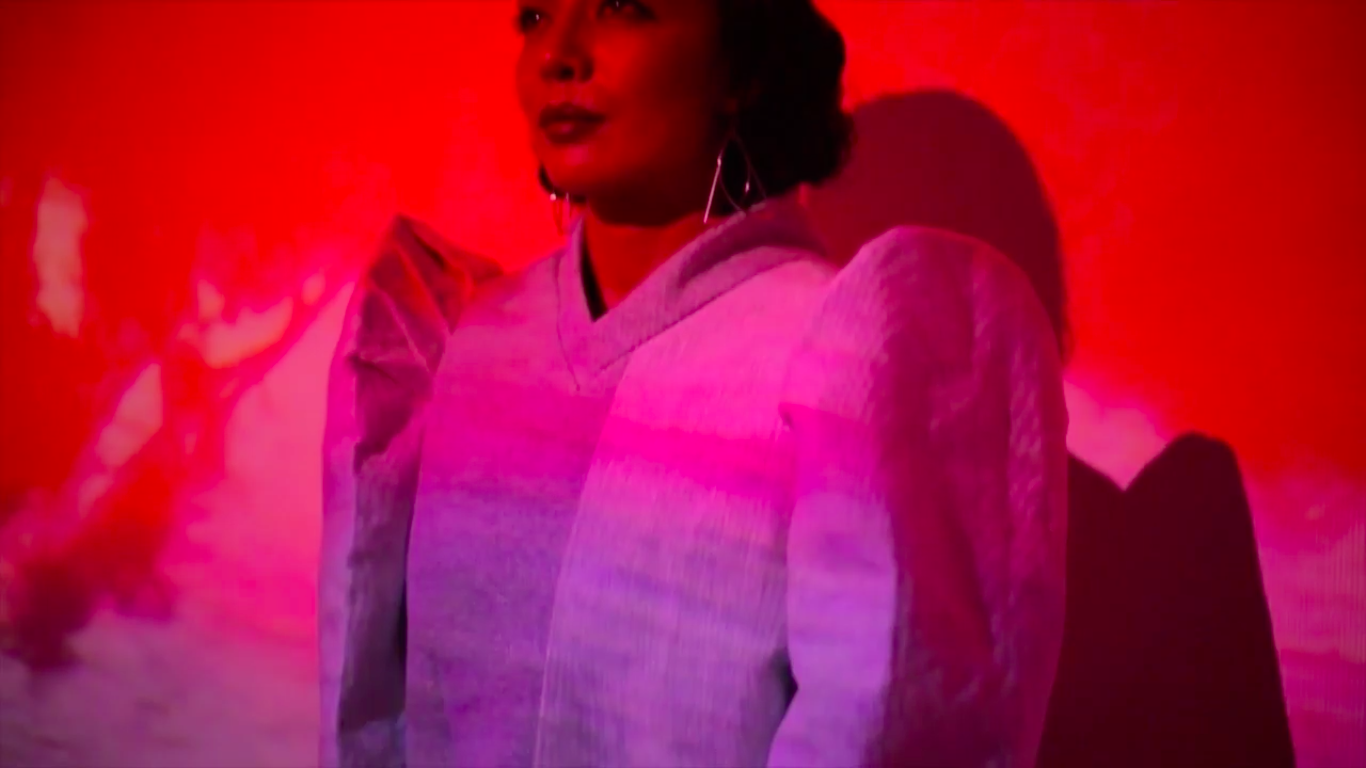 “We're always trying to redefine the central parts of the wardrobe,” Paolo says. “A lot of people are taking an interest in gloves again, especially long gloves, and I've always loved gloves. I've also noticed people wanting to somehow cover up but remain free, and it translates to a lot of transparent and sheer clothing where you're kind of creating a shell, but you're still exposed.” 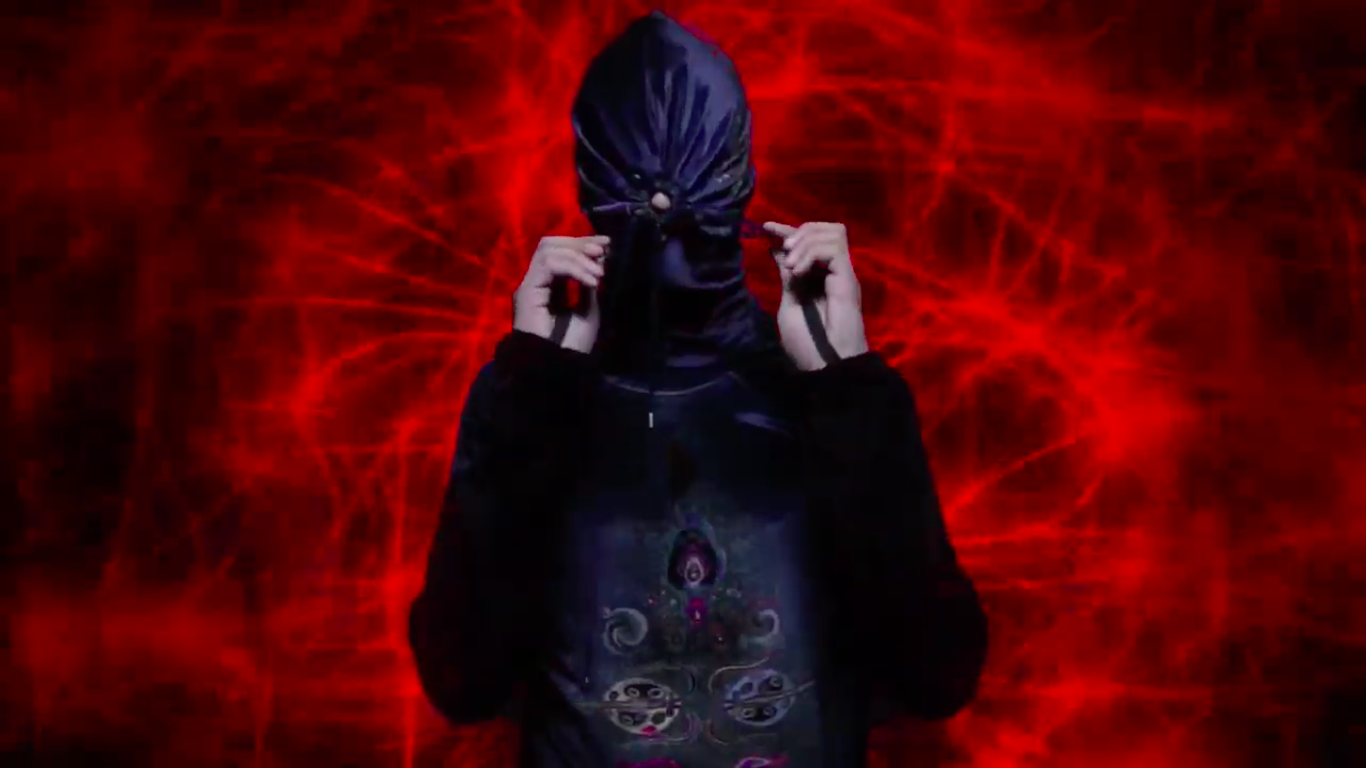 He finds that fashion is a form of self-care, almost like therapy. “Even if you're not a creator, it's part of who you are. And so I think everyone's asking themselves who they are. A lot of people are working from home, so they may not be wearing pants. Or maybe they’ll leave the house and what they're wearing becomes more like those people at Walmart at three in the morning — wearing what you already have on and you just don't care. So it's bringing out trends, or at least new ways of styling yourself. 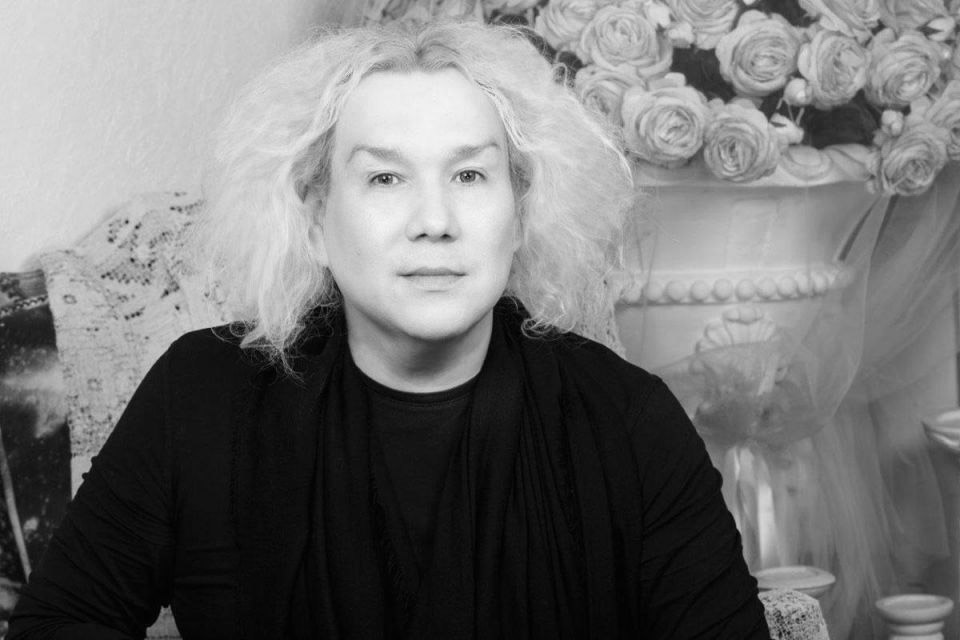 Designer Furne One Amato has been based in Dubai for 22 years. With textile expert Rashid Ali as his partner, their label Amato Couture has catered to a starry range of celebrity icons, from supermodels Heidi Klum and Tyra Banks to pop singers Katy Perry, Jennifer Lopez, Beyoncé, Nicki Minaj, Shakira, Nicole Scherzinger and Jessie J. 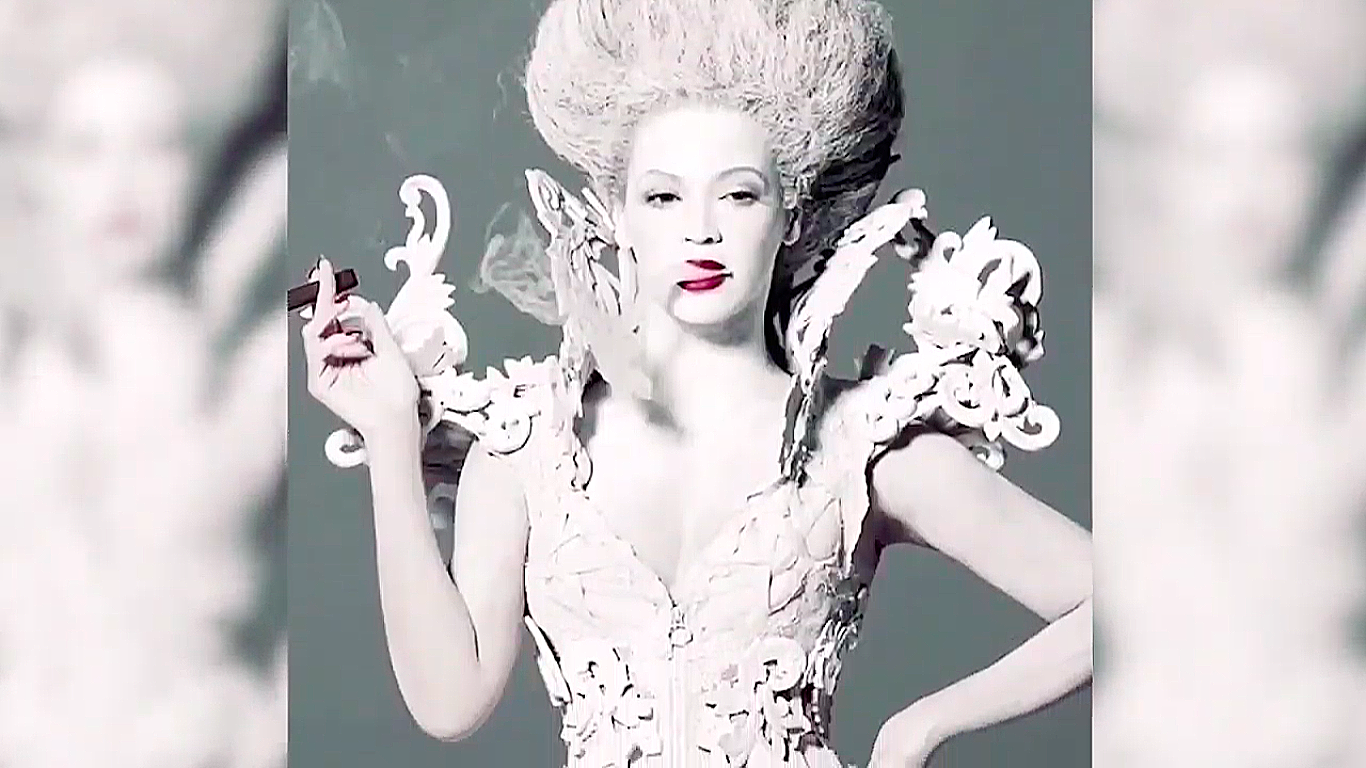 “My creativity is inspired by my mother and grandmother’s quintessential style that colored my vision,” Furne says. “I have always tried to create exquisite and ethereal designs tempered with a silent touch of strength. My collections aren’t for the faint-hearted woman, but one who is comfortable in her skin; her clothes are but a foil to reflect her inner persona.” 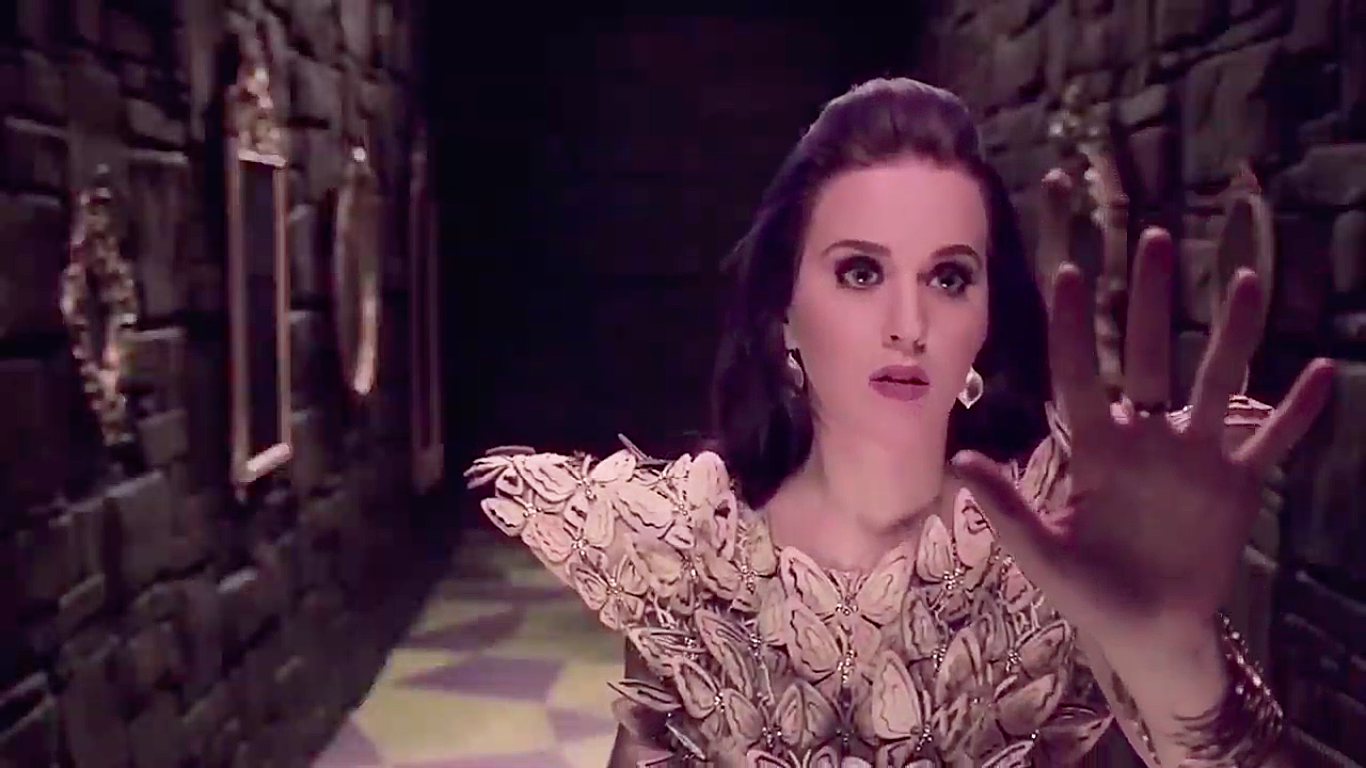 With inspirations ranging from romantic Shakespearean tales to femme-fatale spy Mata Hari to modern Space Sirens, Amato’s creative team seeks to push the style envelope.  “We want to create a visual and sensory experience for our clientele,” explain Rashid and Furne.

LING Skincare, Madonna's go-to brand since the 80s, is now available in Manila

What’s in the bag of Mai Mai Cojuangco?