Blame it on lockdown and lounging fatigue but, just like corsets, suits are coming on strong in fashion to add a little more structure to our lives as well as our outfits as we venture outside the home, face the world and even go back to work at offices.

The conversation around gender has also made it prominent again, recalling a time when women wearing it was even considered a crime. Even as recently as 1993, women could not wear trousers with their jackets on the US Senate floor.

It has historical beginnings as men’s attire, after all, beginning 1660 at the courts of Louis XIV of France and Charles II of England, evolving from the doublet to a long coat with a row of buttons down the front, a vest, and breeches. A semblance of the suit was made for women in the form of the riding habit, but the tailored jacket was worn with a long skirt. These coat-and-skirt ensembles were usually described as “costumes” and were only referred to as “suits” after the First World War.

The actress Sarah Bernhardt, however, would not remain “in costume” and adopted the man’s suit as her own in 1870 when she began wearing her “boy’s clothes” in public. It was scandalous, particularly since she was also challenging gender roles by playing the male lead in Hamlet.

The suffragette movement in 1910 made women even bolder, heralding the “suffragette suit” to answer the need for less restrictive clothing for their rallies and marches. A predecessor to the modern skirt suit, it was the antithesis to the popular “hobble skirt,” which was so narrow at the ankles that women had to “hobble around.”

Feminist innovations, as well as her boyfriend’s closet, would inspire Coco Chanel to free women from corsets through more sporty dresses and a version of the man’s suit that retained a sense of glamour and femininity. In the Jazz Age women were wearing trousers for leisure activities like tennis and equestrian, although until that time women wearing trousers was considered cross-dressing and was often criminalized in some places.

Eleanor Roosevelt raised eyebrows as the first First Lady to wear trousers in an official function in 1933 when she didn’t have time to change from a riding session. Marlene Dietrich caused as much criticism wearing tuxedos and white double-breasted suits in her films like Morocco in 1930 and Blonde Venus in 1932, but paved the way for a Vogue feature on women in trousers in 1939 and other stars like Katharine Hepburn following her lead in the 1940s.

After World War II, the female suit was briefly put to rest as women returned to traditional domestic roles, with Dior’s New Look embracing the 1950s housewife look of nipped waists and full skirts, but by the 1960s it made a return as 40% of women had joined the workforce.

André Courrèges popularized the suit with day and night versions and Yves Saint Laurent created the iconic and controversial “Le Smoking” tuxedo, which did not make it past the cordons of some establishments like Manhattan’s La Cote Basque restaurant, where Nan Kempner was denied entry and made a scene by taking off the trousers and walking in with just the top jacket.

The trouser suit became the liberated career woman’s uniform in the ’70s but it still got snide remarks from male colleagues and bosses. Diane Keaton’s vest-and-tie version in 1977’s Annie Hall would help popularize this style, which would later be labeled as “mannish” fashion towards the 1980s when it became the “power suit,” the stereotypical business attire for women, epitomized by Armani’s androgynous shoulder pads and oversized jacket silhouettes.

In the 1990s, US Senators Barbara Mikulski and Carol Mosely-Braun removed any remaining stigma by overturning the ban on wearing trousers on the Senate floor, practically launching a “pantsuit fashion revolution.”

Despite its radical history, the suit developed a fusty image in the early 2000s but was redeemed in 2015 when fashion houses like Bottega Veneta and Chanel came up with stylish versions and Rihanna wore an oversized black version by John Galliano at the Grammy Awards.

Supporters of 2016 presidential candidate Hillary Clinton joined her Facebook group “Pant Suit Nation” to champion her style. It has since become a symbol of women power, with many women wearing it to cast their ballots for female politicians and in 2019, dozens of congresswomen wore it in white during the State of the Union Address as a message of solidarity for the earlier suffrage movement and in support of women’s issues. 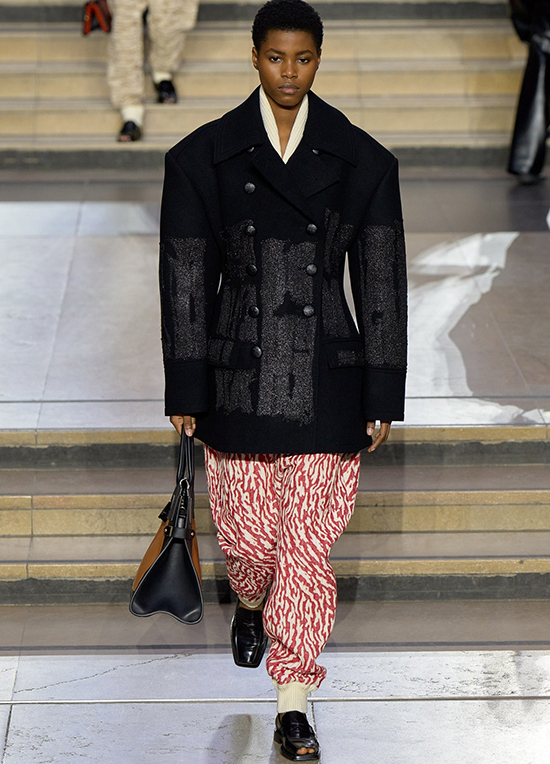 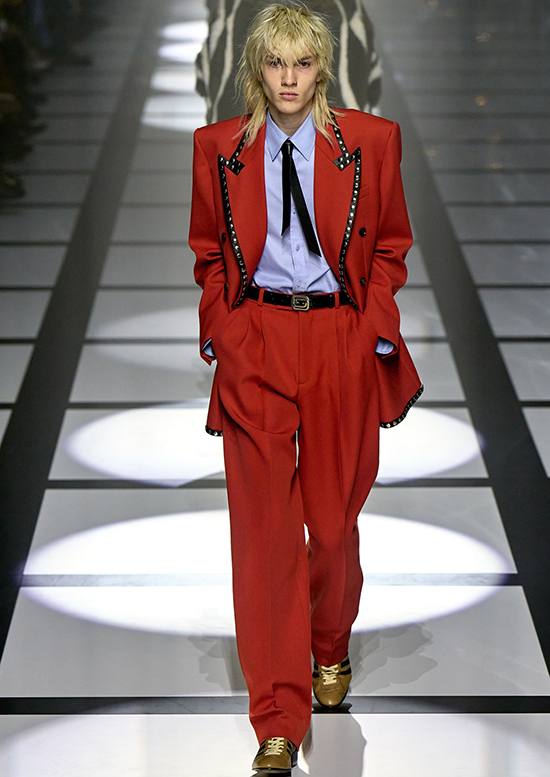 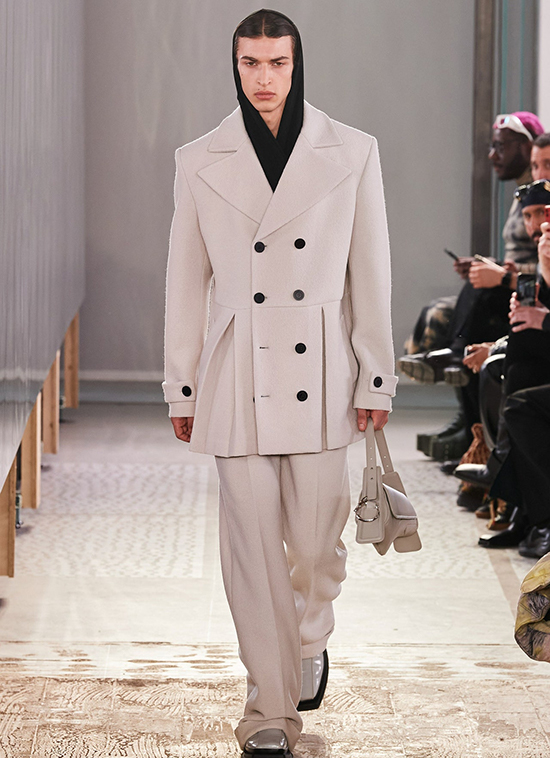 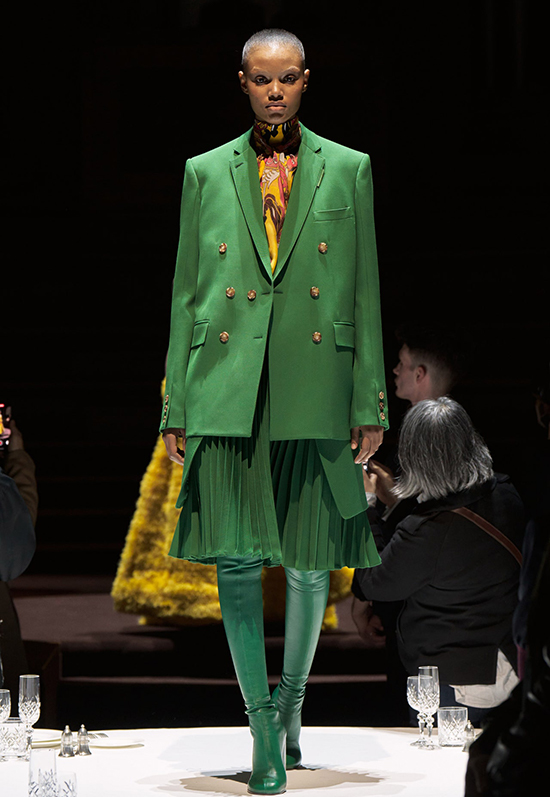 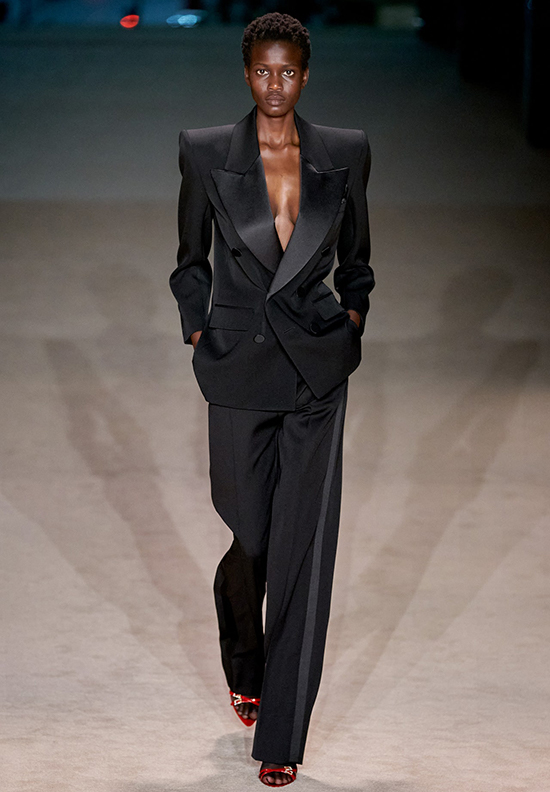 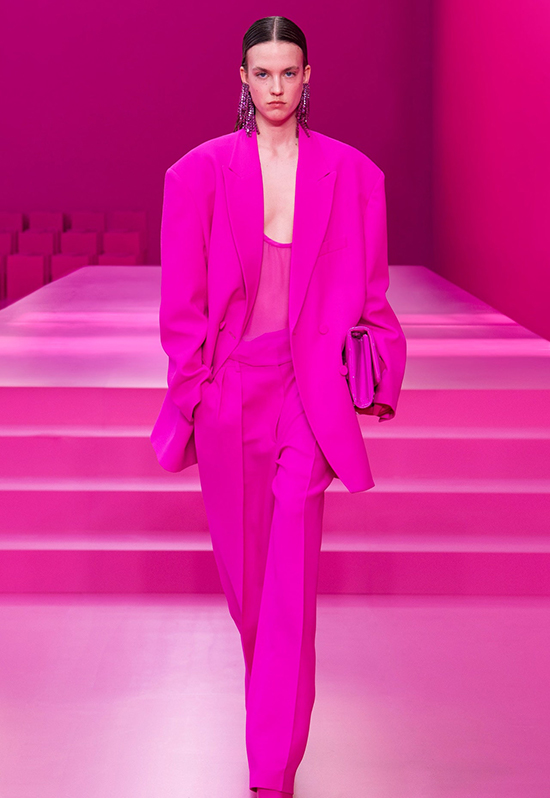 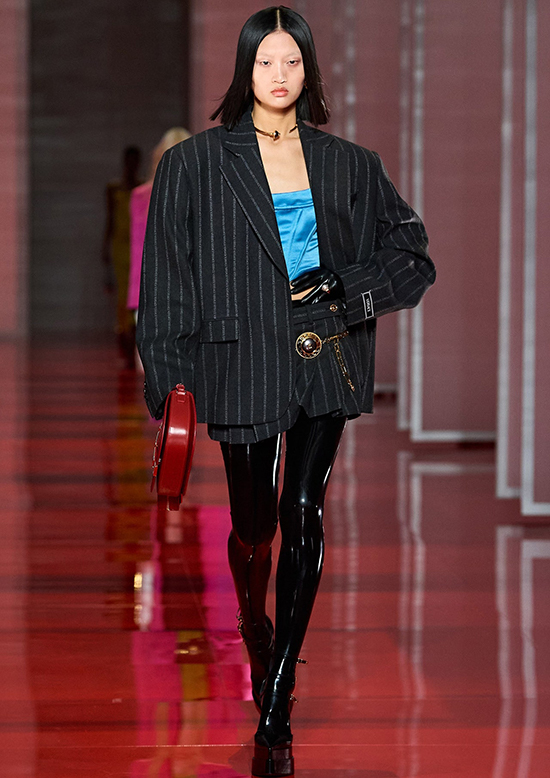 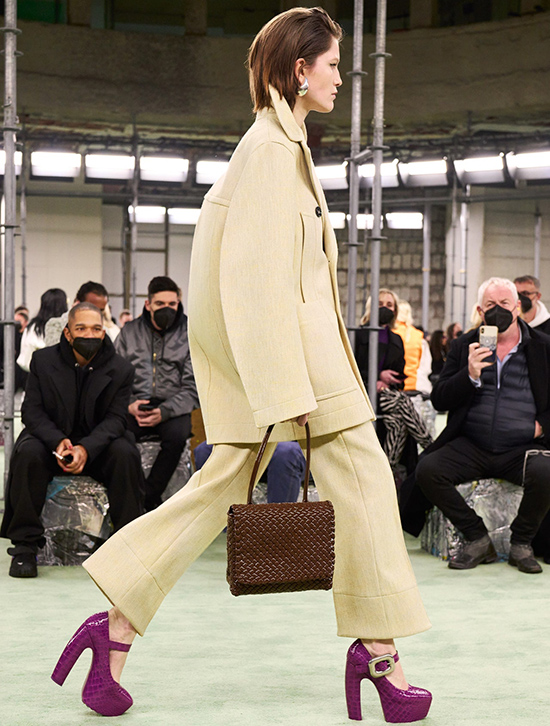 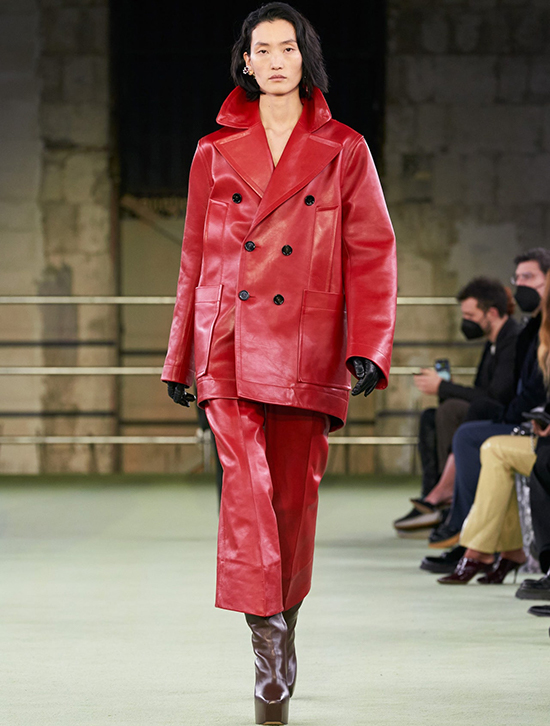 During the pandemic, discussions on gender issues have brought women power to the fore even more, making the suit a key piece in many of the recent runway collections for FW 2022. There were genderless, oversized blazers at Prada, Louis Vuitton and Valentino, where they were pumped up to exaggerated proportions. Bold-shoulder tailoring, which was revived a few years ago, was still strong at Balenciaga and Vetements. Off-White did a tribute to its founder, Virgil Abloh, who died recently, through a Le Smoking that was done in his rebel spirit. Sloping shoulders, also a big trend, appeared at Courrèges and Bottega Veneta.

The meaning of “power” in the “suit” has indeed evolved, where gender is no longer the issue and one’s comfort, personal preferences, individuality and sense of style are paramount.

Ricky Toledo and Chito Vijandre are art, culture, history, interior design and fashion columnists of The Philippine STAR Lifestyle. Ricky has been writing since high school in Indiana and college in Ateneo. Chito is an iconoclastic fashion designer. Together they love playing dress up when they’re not dancing with their dogs or moving things around the house.

The latest health and beauty product launches to know

Be ‘Confidently U’ with Merz Aesthetics®