Style Living Self Geeky News and Views
In the Paper Hello! Create with us

Life is hardly sugary sweet when you’re diagnosed with diabetes. And for eight million diabetic Filipinos, managing the disease isn’t a joke. However, it can be done — with a heavy dose of self-discipline and determination.

Take it from this 55-year-old “sugar” daddy, who broke free from the chains of the glucometer, needles and medications two years after he was diagnosed.

“I was 45 years old when I was diagnosed with Type 2 diabetes,” shares businessman David Du, Sr. “My grandmother has it, but my mom doesn’t. So, more than genetics, I think it was caused by poor lifestyle choices.”

A loving and responsible husband to Jo and his five children — Dave Jr., 33; Christian, 31; Ralph, 29; Celina, 27; and Diana, 18 — David works hard to provide for his growing family. But he played harder back then. 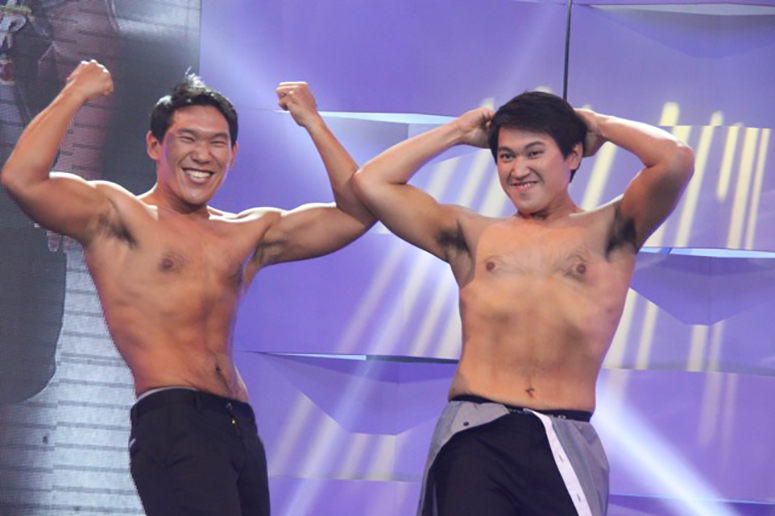 “As a businessman, I would frequently have drinking sessions with my clients,” he admits.

David and his wife also run a catering business. “We love to cook and always find a reason to celebrate food with the family,” he relates.

Frequent bingeing (on buy-one, take-one pizzas) with regular cola and beer was also one of the Dus’ favorite family-bonding activities.

But as they say, all good things must come to an end. The drinking sprees and food bingeing took a toll on David’s health. For one, he tipped the scales at 205 pounds.

“It all started with knee pain (osteoarthritis), then back pain, then joint pain from gout,” shares David. “To aggravate matters, I got sick more often.” These symptoms prompted David to seek medical help.

The not-so-sweet life of diabetics

A series of blood tests confirmed what David already knew: he had diabetes.

“My blood sugar level was high and so was my bad cholesterol,” he shared.

While Type 2 diabetes is a disease heavily influenced by genetics — meaning that you’re unlikely to be the first in your family to acquire it (as in Dave’s case) — it can be triggered by obesity, stress, unhealthy lifestyle, and yes, even COVID-19.

For this “sugar daddy,” managing diabetes is an everyday reality of learning to eat healthy, exercising, taking pills and poking himself with needles, and injecting insulin.

Since too much meat also causes an insulin spike, I kept meat at 100 grams per serving only. My last meal of the day is vegetable salad.

“Living with diabetes affected all avenues of my life. It crippled my love of sports, slowed down my thought process,” notes David. “The worst part? I got so irritable and short-tempered, which was damaging my bond with my family.”

David also partly blamed himself when two of his children — Christian and Ralph — became obese like him.

“Why? Because I was the one who bought the pizzas and sugary stuff the family binged on — leading them to mindless eating,” recalls David. “I believe that no child is born obese.”

As a diabetic, David admits that having a “painful” future — for him and his family — is what he fears the most.

“A life of drugs, limited food choices, possible kidney and heart failure,” he adds. “Heck, I might also lose my eyesight and limbs.”

That’s when David realized he had to take full control of his life and steer it towards the right direction.

Taking inspiration from his obese self, David’s fitness journey started when his sports doctor told him to get back to being active.

“My background in biology and ‘Dr. Google’ led me to the right path in achieving my goal of getting fit again,” enthuses David.

First off, David devised a diet plan. And since his problem was his high blood-sugar level, he reduced his intake of simple carbs like rice, flour and sugary drinks.

“Since too much meat also causes an insulin spike, I kept meat at 100 grams per serving only. My last meal of the day is vegetable salad,” shares David.

This low-calorie food allows his body to burn the extra fat (stored in his body) during the long night. The fiber (from the leafy veggies) helps improve his immune system.

At first, they thought that the advice I gave them was just a form of nagging, but when they saw their new selves — after joining The Biggest Loser — they realized that, indeed, ‘the world is different when you are fit.’

Next step: Training the muscles.

“This stimulated production of all my rejuvenating hormones and allowed my muscles to consume my body fuel — fat,” explains David. “I also tried to get eight hours of sleep to help rejuvenate my mind and body.

David adds that the support he got from his family, especially his wife Jo allowed him to achieve his fitness goals.

“The whole family got on board. They joined me in all the activities — from exercise to diet programs — which made the whole process enjoyable,” he recalls.

In fact, it was also Dave who pushed and inspired his sons Ralph and Christian to join The Biggest Loser competition.

“It was a life-changing experience for them. At first, they thought that the advice I gave them was just a form of nagging,” shares David or “Daddy Du,” to fans of the hit TV show. It was only when they saw their new selves — after joining The Biggest Loser — that they realized that, indeed, “the world is different when you are fit.”

“It will inspire you to do everything; you cannot go back to your old self,” notes David.

It took David two years to transform his body and reverse his medical condition.

David is now totally off medication, too. “No more drugs for hypertension, high blood sugar, high uric acid, painkillers, hemorrhoid and osteoarthritis,” shares David. “The only drug I’m taking right now is for my allergies to wheat.”

According to this former “sugar daddy,” his fitness journey and the COVID-19 pandemic made him realize that “health is, indeed, the real wealth.”

David Du Sr. chronicles his “fitspiration” journey in his e-book, Obesity to Celebrity Body: A Body Transformation Program for All Ages, which is available at Amazon e-books.

Getting the skinny on fat