Christmas comes early in the Philippines.

By Aug. 31 of every year, allusions to the famous Jose Mari Chan meme start appearing on our news feeds like the ghost of Christmas past. By midnight when September signals the start of the ber months, there’s a divide: Some reference that one Green Day song (totally missing its point, by the way) while others immediately go on Spotify to share that one Mariah Carey song on their Instagram stories. I’m more of a Fantasy girl myself, but I guess All I Want For Christmas Is You serves as everyone’s reminder that Christmas is best shared with a lover. Is it, though?

Let’s be honest: I haven’t been in a serious relationship in four years. Before that, a pattern of getting heartbroken in December was in place. The last breakup I had to see through in 2018 happened at a samgyupsal place literally an hour or two before a Christmas party I had to attend in the evening. Losing your appetite at an all-you-can-eat restaurant is hell. Eating pizza on the sofa while you’re crying your eyes out to your friends is not poetic—it’s just icky and miserable. 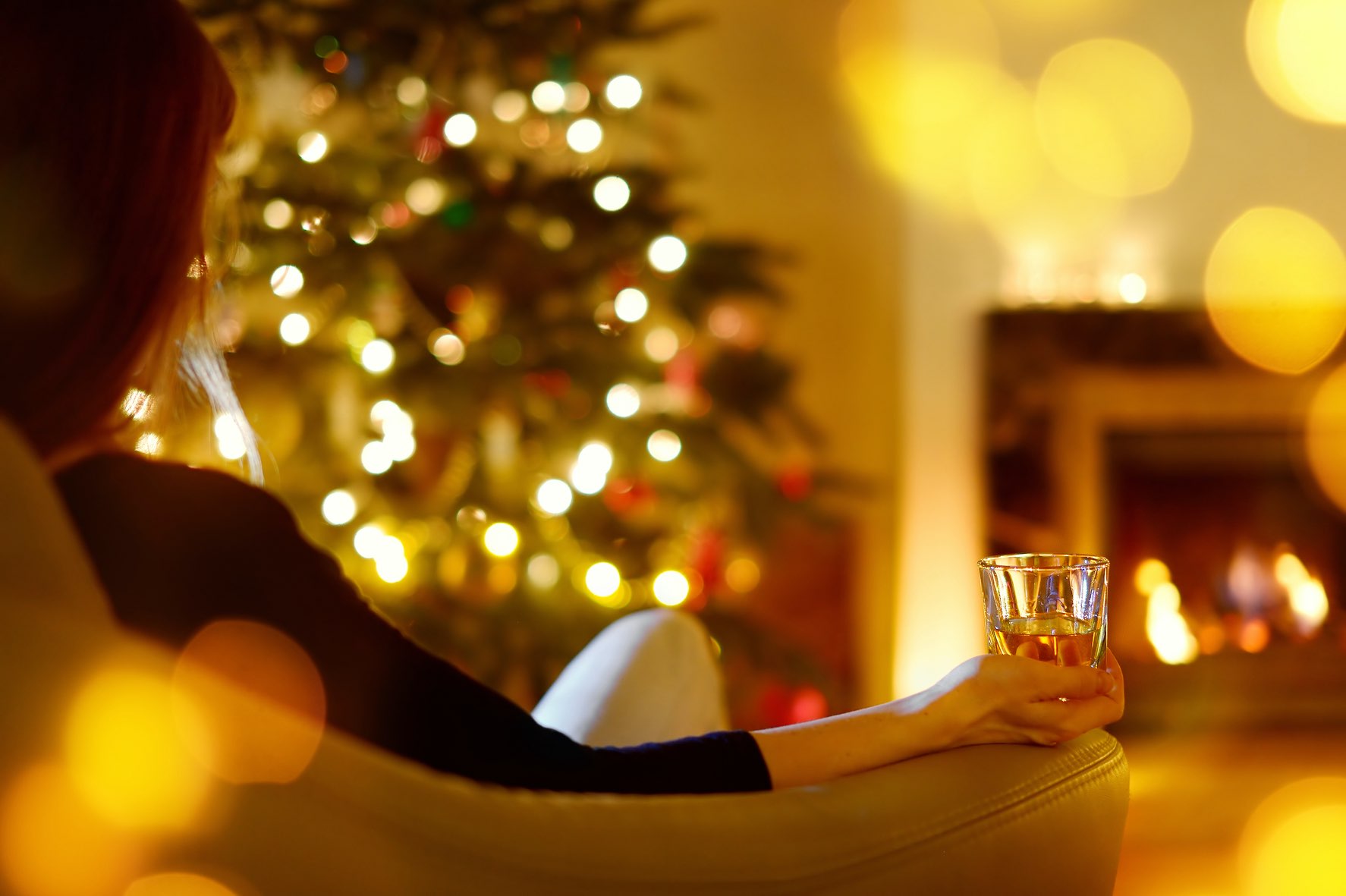 The Decembers before that were a little less humiliating, but still brutal for a girl who has seen the John Cusack classic, Serendipity (2001) and has the “To me, you are perfect” scene from Love Actually (2003) burned into her head. Younger me was led to believe by Justin Bieber that people kissed under the mistletoe. Instead, I’ve listened to Last Christmas by Wham! an embarrassing amount that it could be my karaoke song without even looking at the lyrics. It came to a point that the memories made me start feeling like the Grinch every December like clockwork, unable to stop Christmas from happening altogether out of Catholic guilt, but also the sheer enjoyment of sitting around at home on the 24th eating our mother’s spaghetti for Noche Buena before everyone exchanges gifts at midnight—and in the afternoon, shame eating potluck appetizers at another family gathering.

In general, even sans the December breakup curse bestowed upon me by whoever’s in the Writers’ Room of my ongoing romcom, it’s a stressful season. I know your Christmas tree and lights look festive and have been up for a while. You’re probably spending idle hours at work filling up your online shopping cart, justifying the expenses because it’s the season of giving. The party invitations are coming in. My local Starbucks was playing a Christmas playlist on a random Monday in November.

What a gift it is to know that my self-worth isn’t attached to whether or not I’m dating anyone.

It’s exciting, yes, but hear me out: As if the hell of EDSA traffic and crowds in shopping malls weren’t enough, social media hugot culture is especially insufferable in the holidays. While everyone’s processing end-of-the-year vulnerability and collecting coffee shop stickers, you will never know peace and still see some people crack jokes about the very Filipino acronym, SMP: Samahan ng Malalamig Ang Pasko.

If you’re a woman content with your independence, the knee-jerk response of the general public is: "She’s just bitter." Owning a cat may be thrown into the mix as an insult. Single people are often plagued with questions or unsolicited opinions on their relationship status, the reassuring “Aww, that’s okay,” like a searing backhanded compliment on an otherwise lovely time. People wonder if you’re trying hard enough, or if you’re trying at all, to remedy this "unacceptable illness" of being alone (romantically) on Christmas—or any holiday, for that matter. 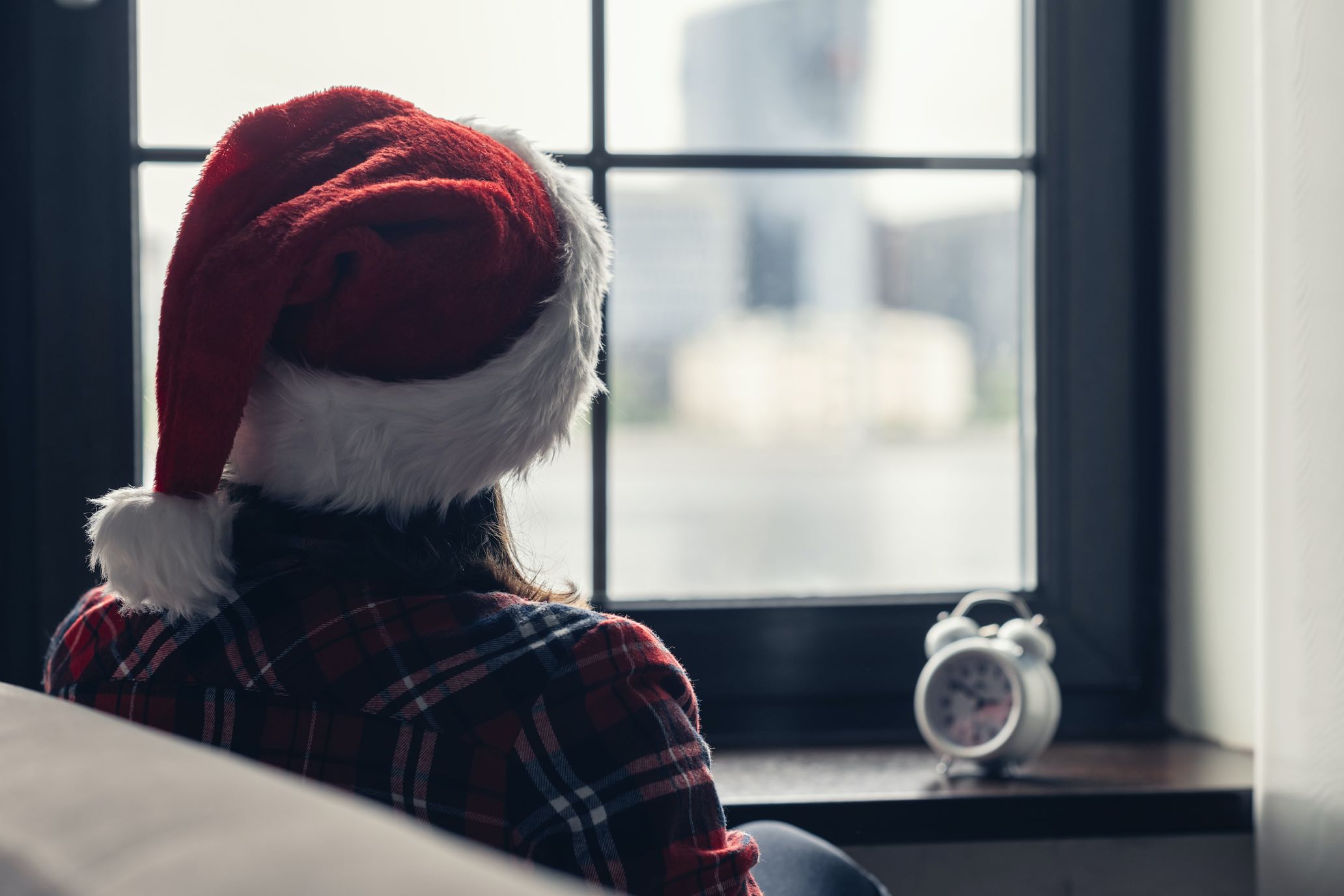 I sound like I’m talking about the plot of Holidate (2020) but it’s the reality for anyone reunited with their relatives, constantly pressured into marriage and kids, or pestered about weight gain. The fun, single, rich aunt aesthetic morphs into an inspiration for the lasing na tita sa karaoke archetype. I memorized Rufa Mae’s iconic Status: Single (2009) monologue as a joke and it’s psychoanalyzed as a cry for help. People take it too seriously when you make light of being unattached to anyone and seem to not be on a frantic Bumble swipe session, getting married, or posting maternity photos. But trust me: I’ve never been happier.

Being single at Christmas isn’t tragic. For the most part, I can give more people in my life thoughtful gifts without restricting my budget so I can buy a ridiculously expensive gift for my partner. I can play with my nephew and feel a tiny relief that I’m often not the first one responsible for changing his diaper. I could book a solo trip or see more friends rather than suffer through making a boyfriend meet all five of my brothers and my parents at home. I could sleep in or marathon-read books without anxiously waiting for someone to call or feeling obligated to update them. In essence, I can do whatever I want without feeling the weight of another person’s expectations. I am the most present version of myself at any gathering, enjoying my time with people I love without checking my phone every five minutes, or worrying about the bad things they could be doing that could jeopardize the relationship.

I’ve known more about myself in the past few years being single at Christmas. The time alone helped me know what I truly want.

This is not to say that I foresee many more single-girl Christmases in the future, but what a gift it is to know that my self-worth isn’t attached to whether or not I’m dating anyone. Worse things have happened. The world is in flames. Being that fixated on another person’s relationship status is a red flag. I’ve known more about myself in the past few years being single at Christmas. The time alone helped me know what I truly want—besides a healthy and loving relationship in the future, another John Lloyd romcom would be nice.

Why queer people choose to celebrate Christmas with their chosen families

Marielle Fatima Tuazon is a writer and children's rights advocate graduating from the BA Philippine Studies program at the University of the Philippines Diliman with majors in creative writing and history. Her writing can be found anywhere from her blog mariellewritesalot since 2014, to publications like Esquire Philippines and the Youngblood column of the Philippine Daily Inquirer. She is passionate about food, yoga, sitcoms, books, curated Spotify playlists, and early 2000s teen dramas. Besides drinking coffee like a Gilmore girl and learning Spanish, she spends most of her time as the leading single lady of her own ongoing romcom and convincing her Twitter followers to watch Dawson's Creek.

The Robredo sisters, seven months after the 2022 elections