Thousands of pro-Trump supporters charged to Capitol Hill in Washington, DC Wednesday afternoon (Eastern Time), where members of both the House and Senate were set to certify Joe Biden’s election as President.

Prior to the chaos, President Donald Trump addressed his supporters at the “Save America March” rally in front of the White House, where he once again claimed that the November 2020 election was a fraud and was stolen from him.

He also urged his supporters to march to the Capitol, a few kilometers away from The Ellipse, where the rally was held.

After Trump ended his speech, the move was reportedly organized online where supporters gave directions on which roads to take to avoid the police, which tools to bring to pry open doors, and even people posting about carrying guns in the halls of Congress.

What followed was a Trump-fueled mob, seen carrying “Trump 2020” banners alongside American flags and Confederate flags, pushing past police barricades and clashed with officers in full riot gear, scaling walls and barging in the hallowed halls of the Capitol.

Lawmakers were informed that the protesters had breached the building, which interrupted the Congressional proceedings. They were told to duck under their desks and have their gas masks ready (as tear gas was deployed outside the chamber). Lawmakers were also told to take off the lapel pins that identify them as elected representatives.

The Capitol was locked down, forcing members of the House and the Senate and their staff to shelter in place, some in their own offices, others in unspecified locations in the building. Present at the session was Vice President-elect Kamala Harris and Vice President Mike Pence, who was to perform his role in the counting of electoral votes and was later on evacuated from the chamber. 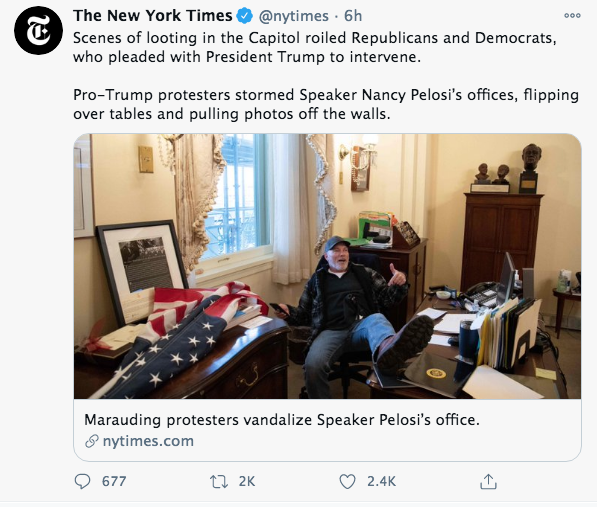 As protesters swarmed the building, looting and vandalism ensued. Some of them were able to get in House Speaker Nancy Pelosi’s office and trashed the suite. One of the protesters was photographed in the Senate President’s chair.

Democrat Senator Jeff Merkley tweeted that the Electoral College ballots were rescued from the Senate floor before the protesters got in the chamber.

There were also conversations online that some Filipinos may have been part of the pro-trump mob that trooped to the US Capitol after a photo of a protester raising what appeared to be a walis tambo (broom) circulated on social media.

In an interview with GMA’s Unang Balita, Philippine Ambassador to the United States Babe Romualdez confirmed that there were Filipinos, who came from different states, who participated in the rally.

Guns were drawn near a barricaded door; at least four died, and several police officers and protesters were reportedly injured. Improvised explosive devices were found in the complex, including in the headquarters of the Republican National Committee, and was safely detonated.

Washington, DC Mayor Muriel Bowser announced a citywide curfew amid the unrest at the Capitol.

President-elect Joe Biden, who was in Wilmington, Delaware, said, “Our democracy is under an unprecedented assault, unlike we’ve ever seen in modern times. An assault in the citadel of liberty, the Capitol itself.”

Biden also demanded that Trump go on national television to “fulfill his oath and defend the Constitution and demand an end to this siege.”

Many believe that the move, like how Trump told his supporters to “go home” later in the day, was a little too late. 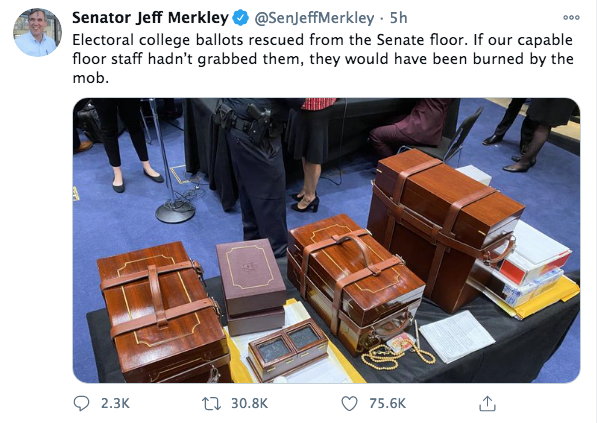 Hours after the protesters stormed the US Capitol, the authorities reported that the building was secured. Following this, the lawmakers have reconvened to count electoral ballots.

Ahead of the protests, calls for violence to contest the election were reportedly brewing on online, especially on far-right internet forums. According to NBC News, Advance Democracy Inc., a global research organization that studies disinformation and extremism, has documented a wide variety of posts on the protests such as those who anticipated violence from other groups and called for people to arm themselves.