When the 2018 Programme for International Student Assessment (PISA) ranked Filipino students the lowest in reading comprehension, it got me thinking: could it be that our kids are sleep-deprived?

The PISA’s assessment of the ability of 15-year-old students came as a shock to many, given that we are not here talking of kindergarten or elementary grade students whose reading challenges can be understandable.

It has been said time and again that we have yet to cultivate a reading culture, but with systematic poverty stealing what little time we have to sit down and open a book, the chance to improve in the area of reading and comprehension may still be long in coming.

I’m quite certain that other factors come into play. Some experts believe the human brain, in general, is not hotwired to read but to speak. Reading is a fairly “recent phenomena” (which I think is debatable), thus a skill that one must master at an early age, beginning somewhere at five. 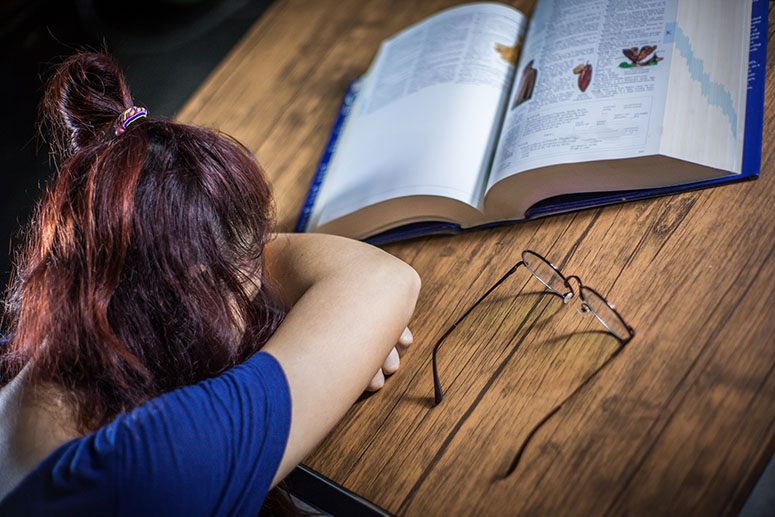 Homes that are not given over to the reading of books would naturally put the child in a difficult position in school. A literature-rich environment, on the other hand, would genuinely help in developing the aptitude. That, however, would require resources, time, and the luxury of leisure many families do not have.

Understanding what one reads is based primarily on the proficiency to decode what words mean and what sentences are trying to say. An expansive vocabulary helps, likewise some familiarity, too, with the sound structure of words. By sound structure, experts mean how certain words sound and knowing the differences.

For example, there are children who may not be able to distinguish immediately the difference between stick and stitch, leaving any attempt to comprehend what they are reading or hearing well-nigh impossible. Many Filipino words, like silanganan or manlulupig, found in the national anthem, pose as challenges to five- to ten-year-old kids due to their multisyllabic construction. Even in speech, these words are hardly decodable, and may come as something abstract to the child.

Word recognition is the key. One learning website, the ASCD, has this to say:

“Children must also acquire fluency and automaticity in decoding and word recognition. Consider that a reader has only so much attention and memory capacity. If beginning readers read the words in a laborious, inefficient manner, they cannot remember what they read, much less relate the ideas to their background knowledge. Thus, the ultimate goal of reading instruction – for children to understand and enjoy what they read – will not be achieved.”

But then it also dawned on me a short time ago that another problem might have been overlooked.

See, I have a seven-year-old daughter, Likha, whom we enrolled as a Grade One student for this school year. To attend her online classes, her day pretty much begins at half-past six in the morning so she won’t be late come 7:30 a.m.

Now, I have nothing against rising early to attend school. As my grandfather used to say, the early bird catches the worm.

But my daughter hates worms, and she’s no more a black-bellied plover than I am a peregrine falcon. Like her mother and me, my daughter is more next of kin to vampiric creatures than birds – bats, for instance – whiling the night away by either writing, drawing, reading her favorite book, or watching Netflix. Evenings seem to fire up our neural connections more efficiently than mornings can ever dream of achieving.

So, despite my wife’s obvious unwillingness to join my daughter for her 7:30 a.m. class, she rises early from Monday to Friday nonetheless, with my daughter half-humanly dragging her feet to her mom’s laptop. It would’ve been hilarious had it not been poles apart from recent studies, serious because sleep-deprived individuals will have little, if at all, ability to catch up on lessons.

While I’m at it, I guess teachers, too, should get their eight hours of sleep if only to assure students that their instructors are not running purely on caffeine or traffic-induced road rage. This is vital if we were to create an atmosphere conducive to any shape and form of learning.

It’s no secret that sleep deprivation affects the mood of the child. Negative moods like irritability, feelings of frustration, sadness, even going to the extent of depression and anxiety, are said to be the result of lack of sleep. I wouldn’t put it past a seven-year-old kid to feel a bit more prickly or irascible in class after getting only six or seven hours of bedtime. Any teacher who has spent a considerable amount of time with children knows that is not good.

Decreased brain development may be considered one of sleep deprivation’s most serious concerns. Frequency of illness, too, happens when the body’s development is stunted due to lack of sleep. Apparently, sleeping hours are important during the early stages of a child’s physiological development. In fact, if we were to base it on a chart developed by the Children’s Hospital Colorado, eight hours may not be enough for a growing child:

It goes without saying that with decreased brain development comes a host of learning disabilities, comprehension deficit being just one of many. Simply put, if adults like myself, sleep deprived as we are, find it brain-wracking to make sense of anything (partida, I am a voracious reader since I was eight), how much more children who are just beginning to learn this particular skill?

School is about tradition, I get that. Getting the most out of the available time spent in school is crucial to learning. I get that, too. But if the science of brain development were to be believed, the tradition of waking up too early for classes might just defeat whatever purpose or goal any school has for the child’s progress.

Maybe it’s about time schools rethink their schedules. If they will stand fast on tradition using the pandemic as a justification for developing “early birds,” always remember that to catch the worm, early birds must first learn to fly. How can a child do that if a child struts around like a zombie insomniac?

Laughter may be good medicine, but so is the right amount of sleep. This is where the Department of Education and the Department of Health, in sync with various schools, can join hands in alleviating this problem.

This mattress company will pay people to sleep at work for $25 or P1.4k an hour