As Ferdinand "Bongbong" Marcos, Jr. assumes the presidency, calls to revive the mothballed Bataan Nuclear Power Plant, a controversial symbol associated with the corruption-ridden Martial Law period, are again gaining ground. What will it take for this recurring call to become a reality?

In the 1970s, the Philippines was heavily reliant on imported oil to meet its energy requirements.

But when the oil crisis happened in 1973, the Ferdinand Marcos Sr. administration decided to address this problem by building a nuclear power plant.

The country’s first nuclear plant started construction in 1976 with an initial cost at that time of P650 million.

But the project cost ballooned to over $2.2 billion (about P115 billion) in 1984 due to revisions in the BNPP design following a review of the Puno Commission, prompted by the Three Mile Island nuclear power plant accident in 1979.

By 1986, the BNPP was near completion and ready for commercial operations when the Marcos administration was overthrown after the historical EDSA People Power Revolution, which propelled Corazon “Cory” Aquino, the wife of the late opposition senator Benigno “Ninoy” Aquino, as the president.

Around that time, a massive nuclear disaster—which is said to be the worst in history both in cost and casualties—happened when the No. 4 reactor in the Chernobyl Nuclear Power Plant in Ukraine went out of control during a test and exploded, destroying the reactor building and discharging large amounts of radiation into the atmosphere.

Following this nuclear meltdown, the Bataan folk, as well as environmental and cause-oriented groups, strongly opposed the operation of the project over safety concerns, with the Aquino administration eventually deciding to not operate the nuclear power plant that has grown controversial.

The one who makes the offer will make sure it works because they have to recover their investment.

He explained that the Chernobyl plant had a different design because it doesn’t have a containment structure unlike the Western designed plants—the same design used for BNPP.

The BNPP was similarly marred with corruption.

In a 1986 article in Fortune Magazine, among the controversies surrounding the BNPP was that Westinghouse used connections to Marcos to secure the contract to build the project.

The National Power Corp. (Napocor) was initially negotiating with General Electric until Herminio Disini, a crony of Marcos Sr., connected Westinghouse to the president. 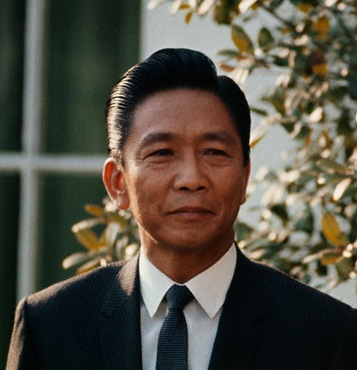 The Fortune article also reported that Marcos Sr. received kickbacks from builder Westinghouse, which the US firm vehemently denied.

In 2021, the Supreme Court held Disini—who passed away in 2014—liable for brokering the awarding of the BNPP to Westinghouse using his close association with Marcos Sr.

The close connection was through Disini’s wife, Paciencia, who is not only a cousin of former first lady Imelda Marcos, but was also the personal physician of the family at that time.

With this, the SC ruled that the late Disini owed the Philippine government P1.1 billion worth of damages.

Proposals to revive the BNPP have been raised a number of times but to no avail.

During the recent campaign period, then-presidential candidate Ferdinand "Bongbong" Marcos Jr. and his vice presidential running mate Davao Mayor Sara Duterte-Carpio said they would expedite the adoption of nuclear power if they wins, and this includes revisiting the BNPP.

Now that they have been proclaimed, calls to revive the mothballed plant have been gathering force.

On May 23, South Korean Ambassador Kim Inchul met with president-elect Marcos Jr. to express his country’s support for the incoming administration. Part of this support is the offer to help in reviving the mothballed BNPP.

“The South Koreans made an offer in 2017 to rehabilitate BNPP. They are very credible because they have the same exact model,” PNRI’s Arcilla said. “The good thing is the South Korean ambassador talked to President-elect Bongbong Marcos. If that’s the case, that should be a serious offer.”

The South Korean proposal was to invest $1.1 billion to $1.2 billion to reopen the BNPP—roughly the same amount needed to put up a coal-fired power plant with the same capacity.

Arcilla said that’s money that would not be spent by the government, which has already lost $2.2 billion to build and not operate the plant.

We need a strong, independent regulator, who can tell nuclear operator to stop if they’re not doing things right, and who should be free from pressure even from the president.

“The one who makes the offer will make sure it works because they have to recover their investment. Again, they have experience. When they ran their version of the BNPP, they recovered the cost in six months,” he said.

“I don’t think the Philippine government should spend anymore more on BNPP to rehab it. We’ve spent way too much,” he added..

If the government wants to introduce nuclear power as soon as possible, reviving the BNPP would be the way to go.

“Reviving the BNPP is the fastest because the facility’s already there, then the South Koreans are ready to move in,” Arcilla said, noting South Korea operates a nuclear plant that has the same design as ours.

Then the Philippines can focus on the other infrastructure issues needed to be addressed by the country. The International Atomic Energy Agency (IAEA), the United Nation’s nuclear watchdog—laid down 19 issues that require specific actions before a country can launch its nuclear program.

Is Nutribun the brainchild of Ferdinand Marcos Sr.?

So far, the country has hurdled the first issue which is the national position for a nuclear energy program after President Rodrigo Duterte signed Executive Order (EO) No. 164 last February 28.

The next major step is to establish an independent regulatory body for nuclear power.

“There are still a lot needed such as the legal framework. We need an independent regulatory body,” Arcilla said.

“We need a strong, independent regulator, who can tell nuclear operator to stop if they’re not doing things right, and who should be free from pressure even from the President,” he added.

In 2018, the House of Representatives approved on second hearing House Bill 8733, or the proposed Comprehensive Nuclear Regulation Act. At the Senate counterpart, Senate Bill 1959 was filed at the committee level. Among the salient points of these proposed laws is putting up a nuclear regulatory body.

BNPP revival as a risky option

Think tank Center for Energy, Ecology, and Development (CEED) said introducing nuclear in the power mix is both detrimental to the environment and economically unsound.

“Duterte signed an executive order that would make it easier for…president (elect) Marcos to dwell on his fixation for nuclear power, despite its clear incompatibility to disaster-prone Philippines,” CEED executive director Gerry Arances said.

Nuclear energy will be too risky to operate in the Philippines.

Greenpeace also called the plan of the incoming administration to harness nuclear energy and revive BNPP as alarming.

“Nuclear energy will be too risky to operate in the Philippines considering that we are constantly battered by climate change impacts and other disasters which could compromise the operation of a nuclear power plant,” he said.

Duterte as possible 'drug czar,' P20/kg of rice 'aspiration,' and other highlights from Marcos Jr.'s debut presscon as president-elect

Danessa Rivera-Angeles has been a business reporter for 12 years and is currently covering the country’s energy sector. She is a newly minted mom to a very active toddler.