Stories, they say, have a way of carving in people’s hearts faces and places which would otherwise have remained unnoticed.

One such story happened roughly 10,000 kilometers away from Manila, in the once ramshackle confines of the City of Leipzig sometime 1989. This city once stood under the shadow of the communist-controlled regime of East Germany.

The events unfolded 20 years before I came across the story’s retelling in the Oct. 9, 2009 issue of The Independent.

Back then, I was the freshly minted managing editor of the country’s longest running political and literary magazine. In the course of preparing for the day’s newsroom troubles, I often delve into rarely known historical tidbits as a way to prep up the mind.

'An open city and a free people.' These were the most powerful six words to have inspired a nation.

It all began with a man who had the courage to say “enough is enough”. His name was Christian Führer, quite an odd name for one so kind and gentle. He was the former pastor of Nikolai Church and one of the leaders of ongoing protests in Leipzig—"peace meetings,” so called—which opposed the iron-hand rule of the East German government.

The peace meetings began as a small spark of a few hundred people. Then, from a meager 400 sometime 1988, it grew to 4,000 by Sept. 1989. On Sept. 4, the pastor and his congregation hung a banner outside the church that said everything that needed to be said in six words:

“An open city and free people.”

Media coverage that evening by West German media outfits brought the message to millions living in East and West Germany.

This banner of six words ruffled the feathers of the East German regime in ways that nearly mirrored the Tiananmen Square massacre which happened only weeks ago. Swooping down on the city were hundreds of State forces armed with firearms, truncheons, and batons.

Attendees of the peace meetings were beaten, rounded up, and locked in prison. Little did the regime know that the show of force would spark a revolution that would soon be branded as a miracle.

It means a great deal to those who are oppressed to know that they are not alone. Never let anyone tell you that what you are doing is insignificant.

The confrontation had roused a people so sick and tired of the violence that it drove a crowd of an initial 70,000 to fill up the streets of Leipzig. Even as the regime had prepared to crush the protest with lethal force if necessary, it did not expect what it saw: East Germans lighting candles, singing, and saying prayers.

Fifteen days later, people in the streets ballooned to 300,000. Soon after, millions flocked to East Berlin. Within five days, the Berlin Wall, which had been the symbol of a divided and oppressed Germany, fell in bits and pieces.

Six words. “An open city and a free people”. These were the most powerful six words to have inspired a nation.

Could People Power, which happened three years earlier in Manila, have stirred the fall of the Berlin Wall? I have no evidence to make such a claim.

However, this much is certain: People Power of 1986, the fall of the Berlin Wall and Czechoslovakia's Velvet Revolution in 1989, Arab Spring of 2010, Hong Kong’s Umbrella Movement of 2014, and Paris’ Yellow Vest movement of 2019, and all other peaceful revolutions that had come after, insists loudly on a worldview that crushes the old-world principle of power by violence.

The future, they insist, shall be free. 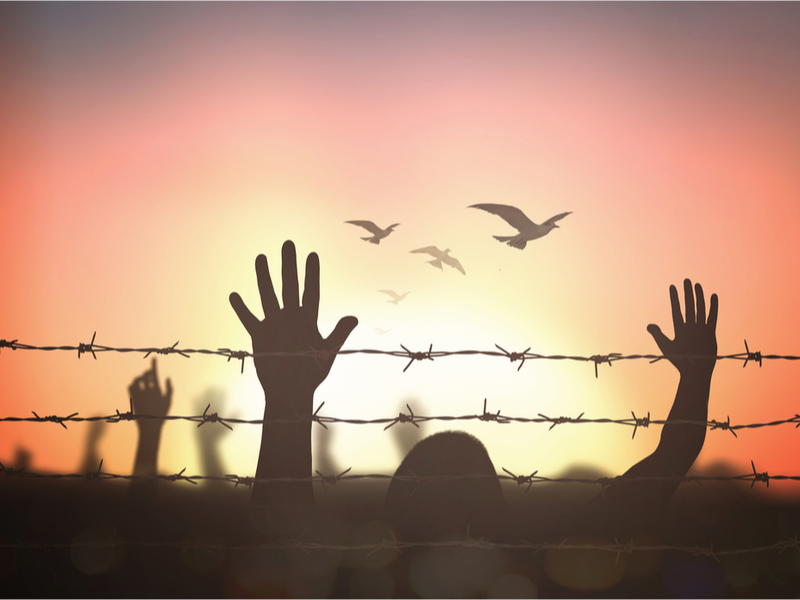 Yet, this future where human rights are enshrined remains to be seen. Today, authoritarian regimes proliferate in disturbing numbers. The entry of the pandemic in the 21st century helped little to stop tyranny dead on its tracks.

In fact, the spread of the pathogen, COVID-19, has helped in redesigning fascism to what it is today: a mode of government administration which uses legal means to implement illegal ways, such as the quarantining of human rights.

In our own country, where there is a 50% rise in killings since the start of the pandemic (from April 2020 to July 2020), Human Rights Watch calls out the Philippine government’s declaration of war against its critics.

There is likewise the ongoing battle to expose the anti-human rights provisions in the Anti-Terrorism Law  and the Whole-of-Nation Approach found in President Rodrigo Duterte’s Executive Order No. 70.

The Supreme Court (SC) has recently decided in favor of keeping the Anti-Terrorism Law despite 37 petitions against it, save for two provisions:  a brief qualifier in Sec. 4 for being “overbroad” and violative of freedom of expression.

The other is the second method for designation found in Sec. 25. As of this writing, the SC declares the Anti-Terrorism Law as constitutional with the exception of the two aforementioned provisions.

Small victories, true, but not sufficient to assuage suspicions that government might use the Anti-Terrorism Law to jumpstart another vicious campaign against its critics these coming elections. No word was said about the provision on warrantless arrests.

As freedom-loving people go about trying to survive enemies from multiple fronts, it is best to be reminded of the words of South African civil rights activist Desmond Tutu: "It means a great deal to those who are oppressed to know that they are not alone. Never let anyone tell you that what you are doing is insignificant."

All it takes is a few brave and committed souls to light the spark for human rights.

That night in Oct. 9, 1989, ten thousand kilometers away from Manila, a pastor and his congregation hung a banner with six words.

In Feb. 1986, an old archbishop called Filipinos over the radio to protect soldiers who had bolted away from the Marcos regime.

The Umbrella Movement in Hongkong began with the activities of three pro-democracy advocates under the group Occupy Central with Love and Peace, one of whom was a church minister.

Václav Havel, a playwright, stood as one of the key figures of the Velvet Revolution.

All it takes is a few brave and committed souls to light the spark for human rights.