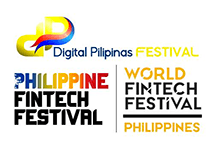 The Philippines kicked off the first-ever ASEAN FinTech month with the Philippine Fintech Festival (PFF), highlighting ASEAN as a global powerhouse for innovators and start-ups.

“These are countries who share ASEAN’s vision of innovation and unity born from a desire for mutual advancement,” said Amor Maclang, convenor of the World FinTech Festival-Philippines and Digital Pilipinas. “Not just as a nation that lifts itself to prosperity through technology, not just as a good sibling to our ASEAN brothers and sisters, but as a welcoming gateway to ASEAN for other countries who wish to do business in our region. And perhaps as a soft landing for innovators from other countries, who, in the face of adverse political or economic conditions, need to temporarily relocate to where their culture of innovation will be preserved.”

"To really succeed in this, we need users, capital, and projects which will help our community to take off—and that's what we're seeing being built here in the Philippines,” said Coins.ph CEO Wei Zhou, as he spoke about seizing the current momentum for digitalization and collaboration. Coins.ph is one of the leading advocates for blockchain in the country.

The PFF focused on the power of cooperatives in a digital world, and how big data, automation, and cross-border collaboration can enable seamless and safer payments across the region.

Other discussion points were the roles of NFTs, e-wallets, and digital currencies in unlocking a country’s potential in Web 3.0—a vision of a decentralized and more open version of the Web with greater utility for its users—and the Metaverse, a virtual world currently in development.

Digitalization of education was discussed and how technology can address the challenges of learning deficiencies. Information technology infrastructure investments are needed to make the country's education system more competitive.

A number of agreements have been signed during the PFF as leaders recognize that partnerships are key to increased integration of economies. The first was between the Department of Trade and Industry's Philippine Trade Training Center and the Monetary Authority of Singapore's Proxtera, on leveraging technology to improve accessibility between the Philippines and Singapore.

Finally, Digital Pilipinas partnered with Affindi, a decentralized identity solutions provider, and Indonesia’s Financial Services Authority. The partnership will result in certification and knowledge sharing between the organizations.

Yang Yang Zhang, Managing Director, Xendit Philippines, says that while the potential to be a powerhouse is there, Southeast Asia has yet to truly master scalability. “There is a need to build one thing that extends across multiple markets, that extends across merchants of all sizes," she said.

George Royeca, CEO of Angkas, recognized that financial inclusion through platforms encourages more people to participate in the economy. But he added that there is also a need to for the private sector and government to work together in order "to create the best products that will have the highest positive effect.”

To cement the progress made thus far in the digital ecosystem, Michael Calma, Country Manager, ADVANCE.AI, said there is a need for "a whole ecosystem to not only secure the public but also to educate them through experiences that are sustainable."

The PFF was the first in a series of summits that was followed by the Bank of Thailand Digital Conference in Thailand, and lead up to the annual Singapore FinTech Festival (SFF) in November.

The ASEAN FinTech month served as a platform for increased collaboration between regional players such as the Philippines, Singapore, Indonesia, and other countries with strong digital initiatives such as Hungary, Israel, and Japan.

The inaugural PFF was convened by Digital Pilipinas, the largest private sector-led movement championing to tech up the country, and co-presented by Coins.ph, one of the leading advocates for blockchain and Web 3.0.

Digital Pilipinas is the largest private sector movement for creating a technology and innovation ecosystem geared to bring about technological acceleration in the country. It convened Digital Pilipinas Festival (DPF), which was composed of the World FinTech Festival-Philippines (WFF-Philippines) and the Philippine FinTech Festival (PFF), in partnership with Elevandi, an organization founded by the Monetary Authority of Singapore (MAS) to foster public-private-sector dialogue to advance FinTech in the digital economy.

Editor’s Note: This article was provided by Philippine FinTech Festival.

OctaFX launches trading contest for newcomers with $15,000 and other exciting prizes up for grabs

Nick Carter countersues women for alleging him of sexual assault