Then until now, many Filipinos who grew up in the ‘70s would look back on Nutribun as one of the most notable accomplishments of the late dictator, Ferdinand Marcos Sr.

At that time, public school students from Grades 1 to 6 would form queues inside their classrooms every recess to grab a piece of bread from a big clear plastic bag.

The bread was around two inches thick, has six inches diameter, and was tougher than the monay you’d get from local bakeries today. It was served with a pack of powdered skim milk.

As for the taste, well, some would say that the Nutribun was stale. That is because the ingredients that were used for the buns that were distributed to the students at the start of the program had to travel far and wide from the U.S.

My close friend believes Martial Law was our country's 'golden age,' but he is wrong and I understand

Contrary to popular belief, the Nutribun program implemented during the Marcos regime was a project initiated by the United States Agency for International Development (USAID) Mission.

In his report presented to the Philippine Catholic Relief Services in 1973, Dr. R. W. Engel, head of Biochemistry and Nutrition at Virginia Polytechnic University (VPI), said that USAID had a keen interest in the Philippines' malnutrition problem for many years.

It long wanted to abolish malnourishment among Filipino children, and one of the steps it took in doing so is conducting a survey focused on malnutrition in the country in 1957.

According to a paper published by the Virginia Polytechnic University (VPI) in September 1979, the United States' Interdepartmental Committee on Nutrition for National Development (ICNND) then invited Engel and his team at VPI to review the survey. 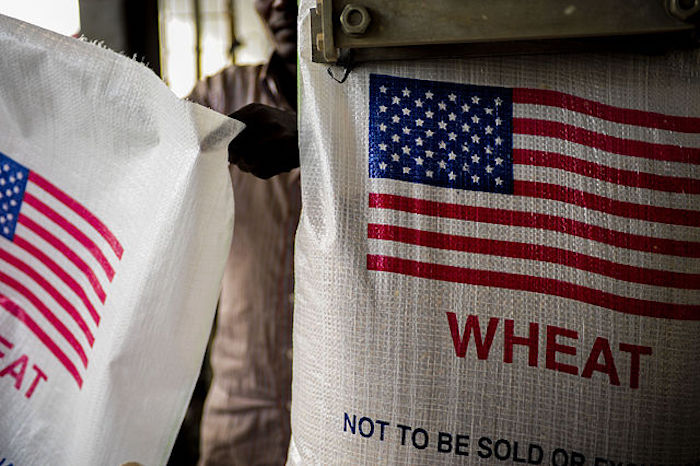 With help from VPI, USAID spent the next decade supporting studies and donating food commodities to the Philippines. Part of this yearslong project is the distribution of Nutribuns to public elementary schools.

Between 1968 and 1970, USAID collaborated with VPI and State University in creating the recipe for the Nutribun, which USAID said should be fortified with nutrients and easy to replicate with ingredients available in the Philippines.

The result? A "convenient, nutritious ready-to-eat snack"  that is equivalent to one full meal. 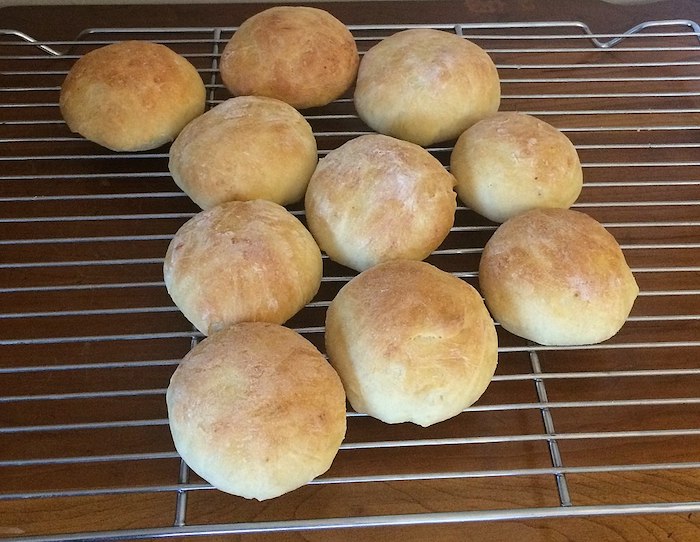 Where was Marcos in the program?

According to Engel's record, the development of USAID's Nutribun program coincided with the formation of "Project Tulungan" — a Bayanihan program led by Marcos' wife Imelda — in 1970.

A report published by Official Gazette in the same year states that the former president referred to Project Tulungan as "a project of love," as several private citizens volunteered for the program headed by the council members of the National Social Action Council. The idea of Bayanihan or of giving without expecting any reward is basically a Filipino trait, the former president was also quoted as saying.

And it was through Project Tulungan's program titled "Targeted Maternal Child Health Program" that USAID's Nutrition and Population offices collaborated with the government of the Philippines in identifying the beneficiaries of its Nutribun program and distributing the goods to them.

Apart from teaming up with Project Tulungan's council, VPI's record states that USAID likewise appointed the Department of Health as the implementing agency of its Nuttribun program, and the National Coordinating Council on Foods and Nutrition as its national coordinating body.

The Nutribuns were first rolled out during the program's pilot run in the school year 1970-71. Two years after it was launched, the program that began as USAID's means to combat malnutrition turned into a political deception allegedly led by Imelda.

In 1972, the U.S. government donated Nutribuns to the victims of the massive floods that ravaged Central Luzon. When the snacks were distributed to the public, their bags were already stamped with slogans that say “Courtesy of Imelda Marcos – Tulungan Project.”

The pernicious incident was chronicled by USAID’s former Communications Media Advisor  Nancy Dammann in her book My 17 Years with USAID: The Good and the Bad.

"The wives of several American officials helped package rice and Nutribuns (a horrible bun made with high-vitamin, milk-content flour invented by an AID official and donated by USAID) for distribution to flood victims,” Dammann said.

"Provincial politicians also stamped food packages with their names," an excerpt of the chapter also read.

Three years later, in 1975, the Philippine government expanded its role in the USAID's Nutribun program by taking over the production of the buns, with USAID still providing the ingredients.

VPI's report states that during the program's initial roll-out, USAID was able to distribute a total of 30 million Nutribuns to approximately 200,000 public elementary schools in the Philippines. The following school year, its number of beneficiaries increased to around 1,300, 000 pupils.

Nine years after the program's launch, a review team from Washington DC evaluated the Philippine Nutrition Program and USAID's involvement to determine if the agency should continue giving support to the country's nutrition program. As per VPI's records, the summary of the review contains the following conclusion:

"The Philippine Nutrition Program stands out as one of the best national nutrition programs with which the team is familiar and AID'S support for the program has apparently contributed materially to that success. The technical and financial aid and food support provided by AID has played a significant role in reducing infant and child malnutrition and in establishing the current program."

USAID's Nutribun program then lasted for three decades at the same time that the malnutrition rate in the country gradually decreased. It ended in 1997 when USAID decided to turn its attention to more impoverished countries in the world.

"It was phased out because the U.S. assessed the Philippines to be in less need for food aid compared to other countries like those in Africa," Didi Vega, chief of National Nutrition Council's Nutrition and Policy Planning Division, said in a 2017 interview with Rappler.

Five years later, in 2019, Marikina Mayor Marcelino Teodoro implemented the same program, which aimed to benefit 21,000 kinder and Grade pupils in the city.

The following year, Marcos' daughter Imee spearheaded the same program in Cebu and, this time, with the use of Nutribiskwit, an improved version of the '70s Nutribun. According to PhilStar's The Freeman, the senator claimed that the program would benefit not only malnourished students but also Cebu farmers, as the buns' ingredients will be produced locally.

In February 2022, the Department of Science and Technology’s Food and Nutrition Research Institute (DOST-FNRI) launched its improved buns, called e-Nutribun, for distribution in government feeding programs, as well as local bakeries and food manufacturers.

The healthy buns come in two flavors — orange and purple sweet potato —  and are made more nutritious, with more iron and vitamin As per National Nutrition Council's website, the e-Nutribun has a softer texture and weighs only 160-165 grams per piece, making it easier for kids to hold and eat it.

Each serving has 165 grams, 502 calories, 17g of protein, 6 mg iron, 384 mcg vitamin A which gives 96% of the recommended dietary intake, no trans-fat and zero cholesterol. It can still be consumerd after six to seven days since it was baked, if it's wrapped with polyethylene plastic and stored at room temperature.