Style Living Self Celebrity Geeky News and Views
In the Paper Shop Hello! Create with us
@mike_man85 / Instagram and Angelo Marcos Barba / Facebook

Some of the attendees, including Senator Imee Marcos’ son Atty. Michael Manotoc as well as Rep. Angelo Marcos Barba of the Second District of Ilocos Norte, shared some photos from the recent event that took place on Saturday, July 2.

Manotoc posted a carousel on his public Instagram profile and wrote “Happy Birthday Mama Meldy!!” in the caption. 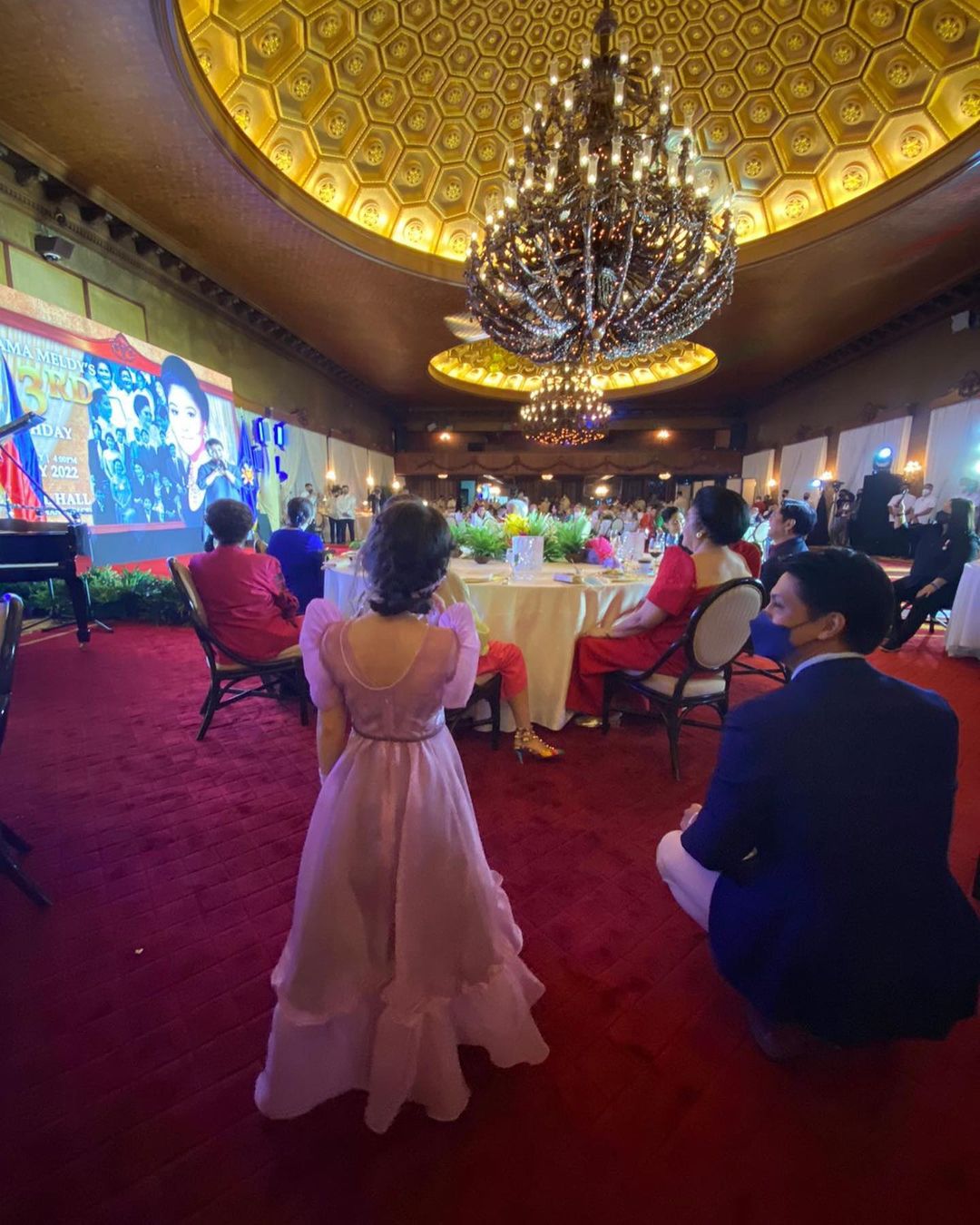 Barba, meanwhile, uploaded a Facebook album as he wished his “aunty, the first mother now, FM Imelda Romualdez Marcos all the best on her 93rd birthday.”

While the photos garnered likes and heart reactions, it also raised some eyebrows among netizens, with some saying the venue "belongs to the Filipino people." When asked for a comment on the matter, the Presidential Communications Operations Office said in a statement provided to the press: “We will only be releasing statements on issues where public interest/welfare is involved.”

The event was held just a few days after Imelda’s son Ferdinand “Bongbong” Marcos Jr. was sworn in as the 17th president of the Philippines.

The Marcos family’s return to power marks 36 years since former president Marcos Sr. was ousted by the 1986 People Power Revolution.

Brooke Villanueva is the deputy editor of PhilSTAR L!fe, covering everything lifestyle—with a focus on food and travel. Apart from her responsibilities as a lifestyle journalist, she is also taking her MBA at the Ateneo Graduate School of Business. She has completed a certificate program on the fundamentals of business developed by top Harvard Business School faculty. Follow her on Instagram at @itsbrookevillanueva.