Some may think I am going wide off the mark with this question, but tell me: why do most people equate power with the male of the species? Thus, limiting our choices for a leader?

That’s like saying that such qualities as empathy, patience, compassion—and inner strength, obviously far removed from the idea of power—cannot fairly compete with economics, or sociopolitical and military savvy during national elections.

World leaders and their COVID-19 responses: Tops and flops

We are in such dire need today of the traits that make us human that economic know-how, for instance, or military power, might not be sufficient when choosing the means to our survival.

Choosing a leader is choosing life. Let me rephrase that. Our leader must embody our right to live. There is no divorcing these overlapping ideas. One cannot replace the latter with ‘death’ no matter the justification a psychopathic dictator comes up with.

Government exists for the preservation of the wellbeing of the people under a political climate more preferably free than regimented. Thus, while the preservation of national security is deemed necessary, it cannot be held as an excuse for the bamboozlement of our rights and the running aground of our dignity as human beings.

A woman leader would’ve opted instantaneously for the care of the sick and dying, the speedy protection of medical frontliners and vital personnel, the feeding of millions. The economy of words would’ve been soon replaced by her generosity of action.

Human dignity is society’s lifeline, the one common thread that weaves people together despite integral differences. Severing that line for the sake of ‘peace’ only promises us the peace of the grave.

To be more precise, positions of power must be the womb where the gestation and nurture of humanitarian values are allowed to happen and grow and expand.

Compassion, empathy, sensitivity, even love and patience, not to belittle intelligence, while impossibly utopian in many ways, have become totally indispensable in a world struck by one outbreak of killer disease after the other.

After having been left to his own devices, humanity has fallen sick, much too ill to make sense of what is happening around him. The cavalier treatment male-driven dictatorial governments are used to showing its perceived enemies, in a time when the need to survive ought to be our prime consideration, is not only vulgar but pointless.

For how can a city forced to its knees by a virus endure by turning it into a militarized zone? All this pageant involving high-powered firearms, camouflage uniforms, badges, and police-manned checkpoints only adds panic to an already panic-stricken situation. 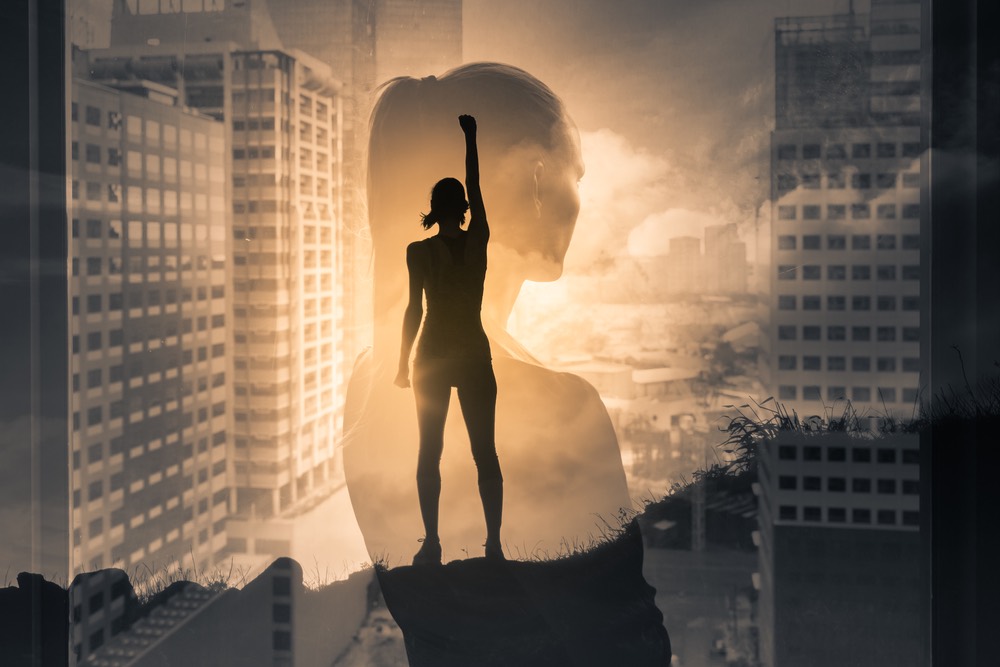 A woman leader would’ve opted instantaneously for the care of the sick and dying, the speedy protection of medical frontliners and vital personnel, the feeding of millions. The economy of words would’ve been soon replaced by her generosity of action.

I would even hazard to say that those who’d break the pandemic protocol for reasons no greater than that he or she has to, given that the choices had become either slim or nil, would be treated more with kindness than brutality.

I should know. Having no father to attend to my needs as a child, I have lived with women most of my growing up years. My grandmothers and mother, my aunts and female cousins: I owe them whatever it is I have become. More than their talent for turning my largely ill-behaved young life into something worth the ink on paper, I owe everything to their unconditional nurture because it taught me what I must learn and unlearn as a formerly toxic young male.

Compassion, empathy, sensitivity, even love and patience, not to belittle intelligence, while impossibly utopian in many ways, have become totally indispensable in a world struck by one outbreak of killer disease after the other.

We need such qualities more than ever because of what many Filipinos have turned into under a largely misogynistic regime: irascible, livid, and dismissive of women in the main. Let’s not even go to where stupidity has been mass-produced like the latest hand-held gadget.

Make no mistake: if there is one legacy the incumbent will leave us long after it has stepped down from power, it is the angry, irrational and chiefly neurotic mob who couldn’t tell between a dangling modifier and death by hanging.

Having left these people in our midst, there’s no telling how we would live to tell our real tale as these are the loudest and noisiest in their lies. A woman’s sensitivity and devotion, coupled with her strength of character and assertiveness, may just be what we need to bring them back home.

We could never go wrong as a people when we overturn the lack of women in the halls of power. Of course, there are exceptions. I am aware of how some women take their cues from bad men, even directly and indirectly supporting their misogynistic ways and abusive posture.

This is why it is up to us to choose wisely. A commanding leadership has nothing to compare with the one that knows how to empathize. Women, as in the home or elsewhere, have always been known as life coaches and mentors, agents of learning and change. They can easily spot potential from a mile away. Many are good judges of character.

The woman’s natural preference to work with their hands and not simply sit behind the table as men often do, as if the act of commanding belongs to him exclusively, makes women the best generals who know what it’s like to fight in the field.

Besides, a woman’s more realistic vantage point, as opposed to a man’s fictional overconfidence, offers her a more nuanced view of a particular situation.

There are leaders and there are Leaders. Oftentimes, gender does not figure in our choices. However, the social and political landscape we face today is daunting. The last thing we need is the brusque and violent hands of overconfident, narcissistic, and ambitious men telling us what we ought to do.

People need a special touch, a fresh perspective, all the more special care. To invest in the choice of a woman as a leader is to invest in life. This century, as well as other centuries forthcoming, will have to be the century of the woman, if humanity is to survive.