Let’s get one thing out of the way: A journalistic interview is not an interrogation.

Nothing of Guantanamo should figure in the act. No waterboarding of the subject, no forced inoculation of truth serums, none of the inquisitorial pulling of fingernails or flogging or chaining to a rack to get to the bottom of things. Neither is it a hostile cross-examination of a witness or crashing a car bomb if the subject refuses to cooperate.

The goal of the interview is discovery. Intelligent discovery, if I may add. Picture an archeologist slowly dusting off the sands of time from what might just be the find of the century—some hidden treasure, an ancient scroll or codex, or a long-lost pharaoh.

The interview is a powerful tool, too powerful, in fact, that if handled incorrectly, dishonestly or corruptly, it might land the interviewer and the subject in a world of hurt.

Digging for mummies, however, is not as innocent and harmless as it seems. One wrong move, one illiterate plunge into a centuries-old cavern sans caution could either cost the archeologist a once-in-a-lifetime discovery, or worse, his life. Don’t get me started on the geopolitical expediencies which seem to get in the way of a good dig.

In short, interviews are not for dummies. In much the same fashion as a researcher or investigator is trained for the job, an interviewer worth his salt must know what he or she is doing down to his minutest intentions. 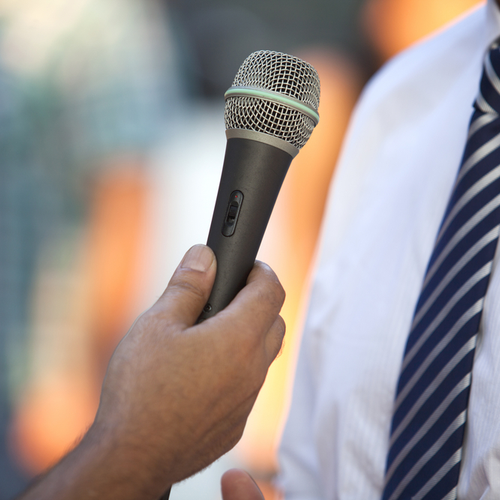 Finding out the truth, which is the ultimate goal of the interview, is never a neutral stance. It’s either the interviewer sides with the facts or opposes them, if and when such facts have been unearthed. Anything less jeopardizes the effort as another feather blown in the wind.

Any expectation, of course, leaves much to be desired, especially the one that assures the interviewer that the subject will always tell the truth. That’s a proven fact. There’s no way for an interviewer to stop the subject from lying through his teeth.

No interviewee, especially those hounded by high-profile controversies, arrives at an interview unprepared. Those with scandals hounding their heels have pretty much spent the days prior to the meeting knowing their way out of a tight spot. Many are masters of the smoke-and-mirrors, the reshaping of deceit into “facts”.

There are no hard and fast rules in conducting interviews save one: integrity at whatever cost.

They will either tell tall tales or skirt the question in ways that, if you’re not trained to spot “ghost ships,” you’ll be liable to believe them.

This is where training comes in, more so the knowledge of how questions are crafted. A painstakingly picked word, a well-crafted phrase can do wonders in compelling a subject to spill the beans, so to speak. Prior research, study and simply being observant play a crucial role in unlocking best kept secrets.

One must first know the strengths and weaknesses of his subject before conducting the interview. A good interviewer is the one who, by reason of trust, can make the interviewee feel comfy enough to tell him the brand and color of his underwear, in a manner of saying.

‘I don’t categorize the people I interview’: Gonzaga says her interviewees all have stories to tell

I should know. I’ve been conducting interviews with powerful personages well-nigh half my life as a writer and journalist. I have faced all Presidents after Marcos, several Supreme Court chief justices, lawmakers from the Lower and Upper House, commissioners, department secretaries, cabinet members, governors, mayors, and the like.

Minutes after arriving at the venue, their office or home, I immediately set out to do the added work of browsing the titles on their libraries (as if they read at all), taking a sneak peek into the garbage bin for some unusual item (like used condoms or syringes), or the garage for expensive cars or other stuff found on their walls or in cabinets. The things I observe add to my knowledge of the interviewee, giving me a vantage point of what to expect.

My experience has taught me a thing or two about the interview and I would like to share five of them with you:

There are no hard and fast rules in conducting interviews save one: integrity at whatever cost. To be intellectually or ethically dishonest is a crime against ethical standards. The guarantee of an interview’s reliability trumps every other consideration.

And while you’re at it, flash them your biggest and cutest smile. It works every time.