The Department of Health (DOH) announced today, April 2, that the Philippines has 15,310 new COVID-19 infections.

Out of 35,143 tested, 20.7 percent tested positive with 98.6% experiencing mild symptoms or are asymptomatic, DOH said in a Facebook post.

This number includes the 3,709 cases that were not counted on March 31, when the DOH reported only 6,128 new cases, inadvertently lifting people’s hopes that the trend was going downward.

But “after system checks, validation and deduplication were made, 3,709 additional cases were confirmed.”

According to DOH, all system issues have been resolved and measures were put in place to prevent the same issues from happening again.

On March 21, Malacañang Palace announced stricter measures for the next two weeks, from March 22 to April 4, for National Capital Region, and the provinces of Bulacan, Cavite, Laguna and Rizal.

Presidential Spokesperson Harry Roque denied that the new lockdown was under ECQ (Enhanced Community Quarantine) or the strictest of lockdowns. Days later, he said that NCR Plus would be put under ECQ from March 29 to April 4, covering the entire Holy Week.

The DOH has recommended an extension of ECQ, but Malacañang Palace said it would be the “absolute last resort.” 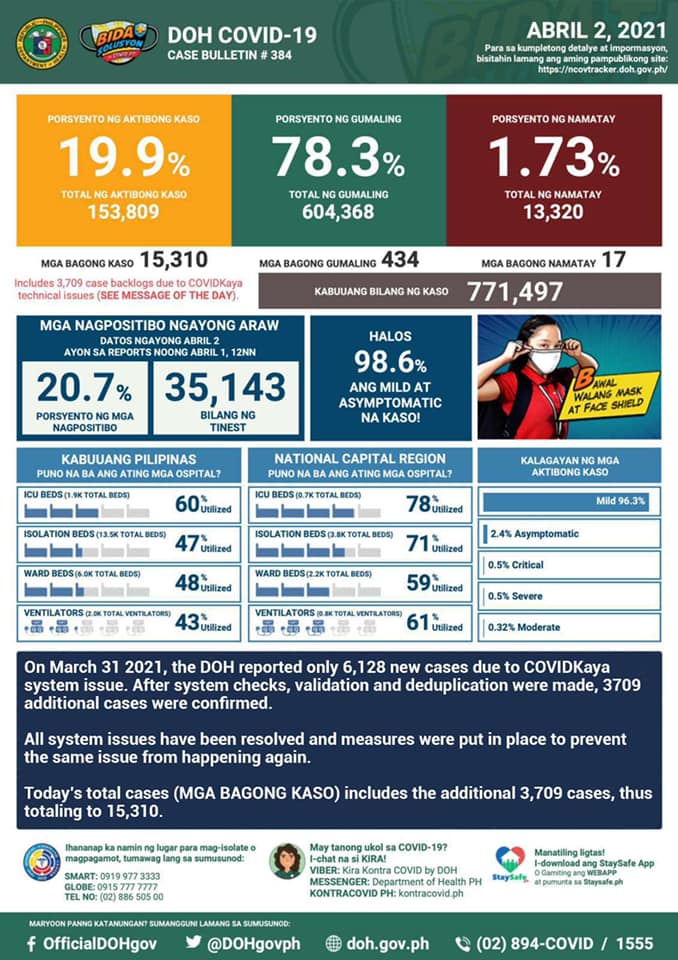 Heads up, aspiring Iskos: UP reminds applicants to prepare for the May 31 UPCA results