With the news of former President Benigno "Noynoy" Aquino III’s death sending shockwaves to the nation, many politicians have been sharing their condolences and tributes to the country’s 15th commander in chief.

One of which is Vice President Leni Robredo, who recounted how they became friends after Noynoy aided her after her husband Jesse Robredo’s untimely death.

The Former Secretary of the Interior and Local Government died in a plane crash in 2012, leaving behind Leni and their three daughters.

“I only got to know [Noynoy] on a personal level when Jesse’s plane went missing,” Leni began.

"He flew to Masbate at dawn to personally supervise the search and rescue operations. He flew to Naga to see me and the children to explain to us how the search was progressing."

After Jesse’s death had been confirmed, Leni said that Noynoy "brought Jesse home to us in Naga and I remember telling him I wanted to see my husband for the last time before the embalming begins.”

“He accompanied me to the embalming room where Jesse was, still inside the body bag. I opened the body bag and spent what seemed like forever, saying my final goodbye. PNoy was just there, standing a few steps behind, not saying anything and just letting me be.”

She accompanied the post with photos of the two walking together and sitting beside each other during Jesse’s funeral. 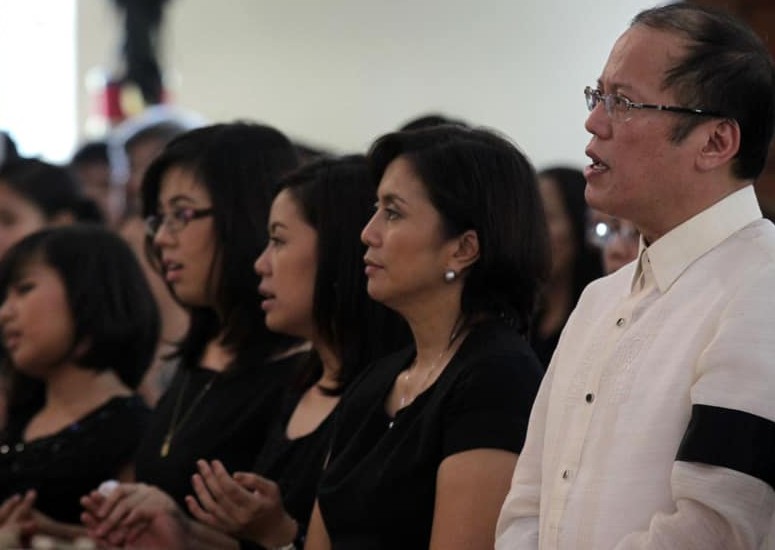 “Months after, when it became easier to talk about it, he told me he made sure that he was just a few steps behind me so that he was near enough to catch me just in case I fainted. But when he saw me holding Jesse, he thought he would be the first one to faint.”

“Since then, he has always looked after me and the children. He would always ask how each of the three is doing. Even after he stepped down, he would send over food that he thinks the girls would enjoy.”

Shortly after Leni herself joined Congress in 2013 as the representative of Camarines Sur's 3rd district, her friendship with Aquino extended to discussing national matters. She shared that their talks ranged from the Agrarian Reform, Freedom of Information, the Bangsamoro Basic Law, and more.

She explained that she soon understood what her late husband meant regarding Noynoy’s “simple” leadership. Jesse had spoken highly of the late President as "incorruptible, righteous, [and] decent".

“When I was in Congress, I saw, first hand, how he worked as President. He was diligent, was always prepared, asks the most difficult questions, but was always open to divergent views.”

“I saw what Jesse meant when he said he was incorruptible, righteous and decent. I also saw how unaffected by power he was. He remained very simple.”

“It has been my greatest honor to have worked with him, even only for a while. It was a blessing to be his friend,” the Vice President concluded.