Skater Margielyn Didal has gotten the attention of the Philippines with her showing at the women's street skate event in the Tokyo Olympics on Monday, July 26. Though she crashed out of a podium finish at seventh place, Didal charmed those who saw her performance with her warm smile and infectious personality.

But it's not only Filipinos who have taken notice; it seems Brazlians, too, have fallen in love with Didal.

'No one is having more fun here': Margielyn Didal wins hearts of Olympic fans

Didal caught the attention of Brazlian Olympic fans due to her friendship with Brazil's Rayssa Leal, who won the silver medal. The 22-year-old Filipina skater was even seen hugging Leal, endearing her to Brazilian fans even more.

Immediately, Brazilian fans went to Didal's social media accounts to show her some love. Many Brazilian users, for instance, have commented on her Instagram account with the national flag of Brazil. 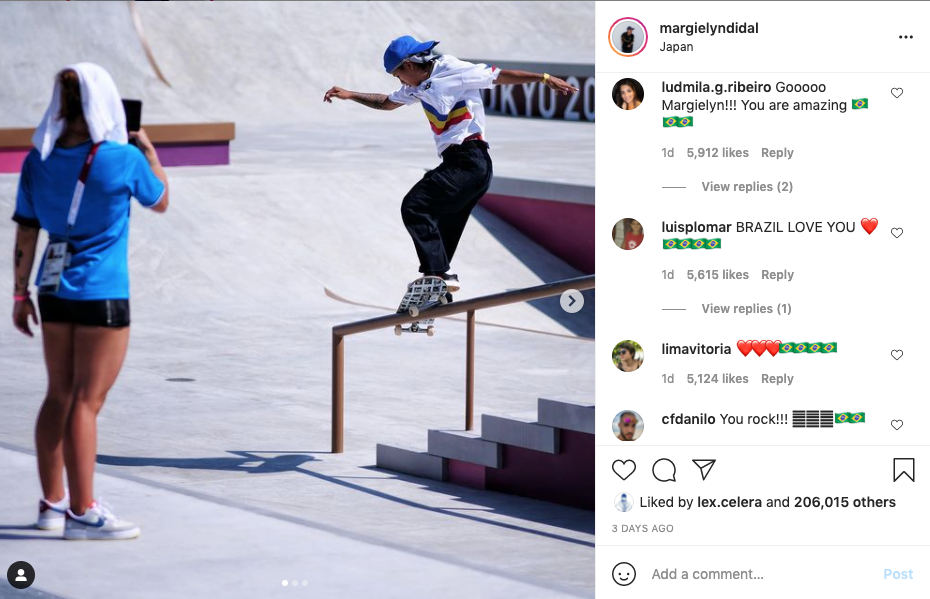 Many took to Twitter too, making her a trending topic in Brazil on Monday.

Paris 2024, here is Brazil. You may have heard of our natinal symbol, Rayssa. We demand the olympic category Skate Pair Mode. We already provinding the brazilian nationality for Didal. Sporty xoxox https://t.co/uGEGXtd1iW

Didal was amazing, in Brazil we cheered a lot for her and for Rayssa, it's a shame she got hurt...her charisma, sympathy and joy won us over

in fact, Didal entered the most talked about topics on twitter in Brazil,
she was wonderful, congratulations #PHI

A Twitter user even noted that Didal made it to the pages of top Brazlian news site Globo, a testament to how the Filipino skater captured the hearts of the country.

Didal getting so much love from Brazil. She just made it to one of Brazil's top news center. Just to translate, they loved her happy/smiling personality. A lot of Brazilian peeps and celebs started following her IG. #Tokyo2020 @anthonysuntay @TheDeanQuinito @carlo_pamintuan pic.twitter.com/uYt4rUKHTG

In one viral Twitter thread, a "Brazilian with a lot of Filipino friends" even discussed why the Philippines and Brazil "are the same country."

Some of the hilarious reasons include both countries treating avocado as dessert, both have “the most secure anti-burglary system in the world (called’) i’m too poor to be robbed please look at the glass shards on top of the wall thank u’,” and “both have “incredibly catholic countries with the best lgbt community, just like our colonizers wanted.” And aside from having the same sense of humor, both Brazil and the Philippines, according to the Twitter user, have similar presidents.

brazil and the philippines are the same country and i can prove it: a thread by a brazilian with a lot of filipino friends pic.twitter.com/gp0X8ZKsWA

And it seems the fascination has not died down. On Tuesday, July 27, Didal went on an Instagram Live session, several of those who watched are Brazilians. 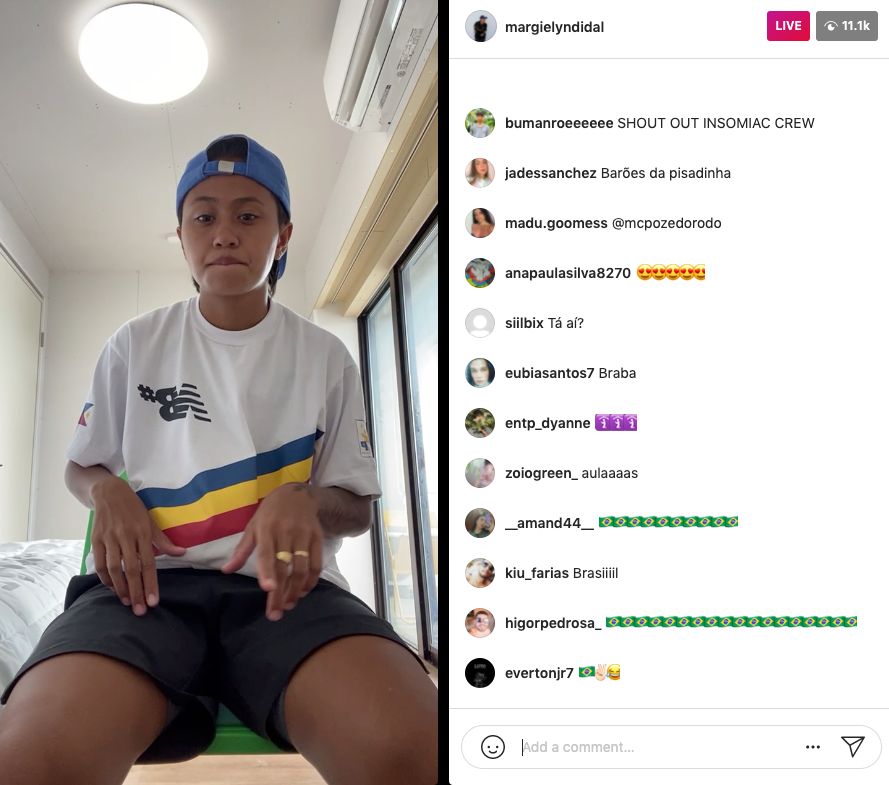 "I love Brazil (because of) the food, and the weather, and the beach," she said during her Instagram Live. "I might come back this year or later this year. I might visit again."

"Rayssa is a friend," she said in response to a comment. "And also a fam. A family, because that's what skateboarding is."

Chuck previously served as Philstar.com's entertainment and lifestyle editor and as senior writer for Philstar Life. He writes about Philippine showbiz and pop culture. He has also won a couple of awards and fellowships for his creative nonfiction.

The heart remembers: Reflections on memory and forgetting