The tipping culture is not the same in different countries. In some destinations, being given gratuities is seen as rude, while some find it an excuse to exploit laborers.

In others, it's widely expected and appreciated as a sign of good will for the service industry to make some extra cash, especially since tourism has been badly impacted by the pandemic.

In a recent video by Tiktok user @thejmancomesquick that made social media buzz, a customer in the U.S. complained about having to tip to pick-up a pizza order, which sparked a debate about the whole tipping culture and when it's appropriate to tip.

Tourists should take note of the country’s tipping culture before visiting to prevent misunderstandings. Now that borders from all over the world have eased restrictions and travel is normalizing, here are just a few tips to keep in mind while visiting other countries.

Tipping is not that common in South Korea. In fact, giving tips to cab drivers, waiters, and hotel staff may be considered disrespectful according to a detailed travel guide by Korea Travel Post. However, there are some instances where tipping is allowed.

While most local restaurants usually factor in the service charge so there is no need to pay extra, some western restaurants have started using tip jars because of the number of international tourists to Korea. If you see a tip jar, you can leave a tip there rather than giving it to any staff members directly. 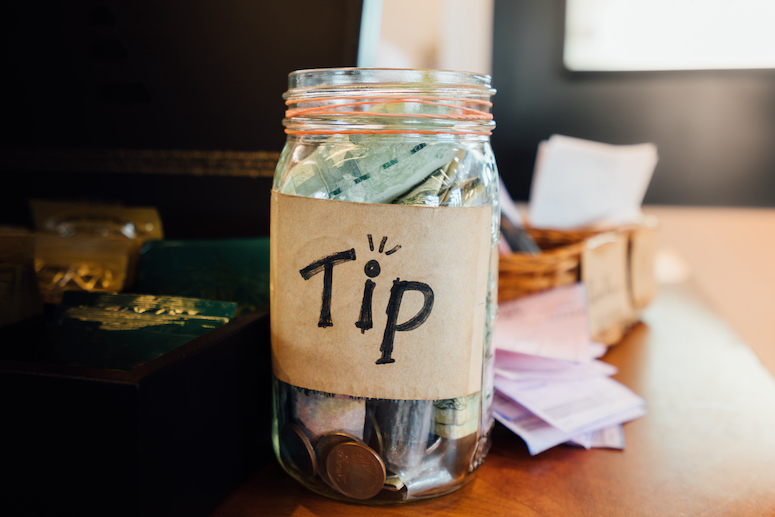 When going on tours, tipping is not mandatory for tour guides, but since they are used to receiving extras, especially those who work in U.S. organizations and deal with a lot of foreign visitors, you may give them a tip.

Tipping in hotels and spas is also not expected. But if you’re really delighted with services, just put the tip in an envelope and leave it in the room.

When in doubt, the best method to tip someone is to pay in cash and ask them to keep the change. Only give tips for local currency to avoid costly currency exchange rates.

Japan is another country where it is uncommon to accept tips. A TikTok content creator by the name of @lets_ask_shogo enlightened his viewers clarifying that locals do not perceive tips as a rude gesture, it’s just that “they don’t know what to do with it.”

The Japanese YouTuber went on to explain that service charges are already a part of the payment at hotels and restaurants. He also pointed out that this can be verified on the receipt when you see a percentage at the bottom.

The rude connotation came about as Japanese people put monetary gifts in a special envelope for occasions but never without a good reason. He concluded that a simple "Thank You" in Japanese would be good enough to show your appreciation.

In Bali, the minimum wage is quite low and some workers seek tips to provide extra income, so tipping is widely accepted. Workers in small hotels and restaurants generally pool their tips among themselves. However, if you really don't have the money to tip, most Indonesians will understand it.

Many hotel services and restaurants add certain mandatory taxes and service charges of 5-10% to the total bill. While tipping is not customary, those who do want to give a tip, can give an additional 5-10% of their total bill or between Rp10,000 to 10% of the total bill especially in smaller restaurants.

When riding metered taxis, while tipping is not mandatory, some drivers do not carry coins or small notes or coins, so most passengers just round up thier bill. For car-rent drivers, it's customary to give basic tips (starting at Rp 20,000) while full day car-hire drivers generally expect a larger tip. Airport porters who help carry bags through customs also expect a tip in the range of Rp. 20.000 - Rp 50.0000 for 1-2 travellers.

Tipping for service industries in places like hair salons and massage parlors are common and expected in Indonesia. Most Indonesians tip their hairdresser or masseur after they completed the service, with 5-10% of the rate deemed appropriate.

There is no mandatory requirement to tip in Thailand, but small tips for good service is very much appreciated. You can tip 20 - 50 baht to the porter that carried your bags up to your room, or 20 baht left under your pillow for the cleaner.

In all restaurants, it is customary to leave behind any loose change in coins as a tip. In more upscale restaurants, with professional wait staff who provide excellent service, a larger tip of 5%-10% is common. 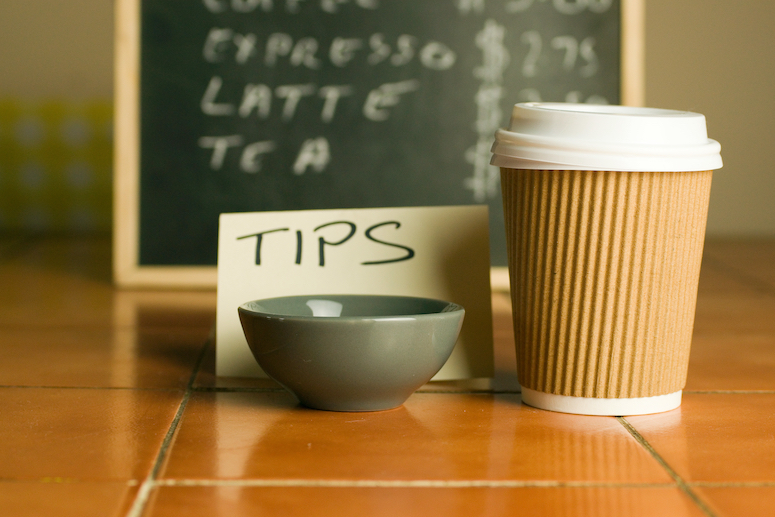 Massage ladies commonly get a more substantial tip of 100 baht to make up for their long hours and having to wait around all day for a customer. Tthe majority of workers in the hospitality and service industries in Thailand earn very little, so a small tip goes a long way and will generally bring out extra enthusiastic service.

In China, most people in the service sector including taxi drivers, hotel staffs, waiters, and even the bellman do not expect to be tipped. According to Chinese content creator Polly Ding’s "Things you should not do in China" TikTok video, most people in the service sector may feel offended or think being given tips implies that you may look down on them or think they’re poor.

However a report from BBC said that there may be a different practice in cities like Beijing, Macau, and Shanghai where service workers such as skycaps, bellhops, and taxi drivers are more likely to accept it. The article stated that tipping has become the norm in Hong Kong with porters or the people in charge of carrying your baggage anticipate it. Restaurants already charge a service fee of 10 percent, but guests are always welcome to add as much as they please.

Singapore is one of the many Asian countries where tipping is not customary. According to an article published in Smile magazine, most service workers do not expect it but guests can give tips to service workers like bellboys. Just like Japan, establishments typically include a service charge on the bill, but guests can go out of their way to give especially for public establishments that do not have one.

Another country wherein tipping culture is not that common is Malaysia because of existing service charges. As explained in a TikTok video by nzml89, Malaysians find that tipping culture would excuse employers to incentivize their employees less and would rather have bosses increase wages.

To @GrabFoodMY @foodpanda Malaysia and all the cafes and food places that have the tipping boxes at their counter. Service charge tu kamu masuk poket sendiri kah, wahai bosses? #tippingculture #paybetterwages #notippingoverhere #notmyculture.”

Social media users on Twitter share similar sentiments. User @h444rris said, “[I]’m glad tipping culture doesn't exist in [M]alaysia, if it did, it would only encourage employers to pay their workers less,” in a tweet on Sept 3.

A Twitter poll by user @mogiygjahat asked if Malaysia should adopt the culture of tipping with a yes or no options. 85.7% responded no while 14.3% said yes.

Unlike their Asian counterparts, tipping is a norm and is commonly practiced in the USA. A report from Qantas Airways said tips range from 10% to 25%. The rule of thumb says great service deserves a 25% tip. Whereas, bad service which is usually rare is still entitled to a 10% tip. If you think the service was that awful, you can opt not to give but you do have to offer the restaurant staff an explanation.

A CNN Travel report emphasized that there is a different tipping etiquette for each service worker which can be confusing for visitors. But if you are uncertain, feel free to ask the concierge.  Some of the tips that were mentioned include:

Toronto Star, meanwhile, reported that tipping is also embedded in Canadian culture and tips usually range from about 15% to 20% of the service.

New Zealand has been described as having a true merit-based tipping culture. It is generally unusual for locals (resident Kiwis) to tip except for very outstanding service rendered. While not required, for exceptional service (particularly with concierges or in restaurants and cafes) a tip is always acknowledged. The amount is generally in the range of 10% according to the value of the meal/services according to NZPocketGuide.

When it comes to tipping, Australia is generally divided, as it's seen as an expression of gratitude for service that goes beyond the ordinary. Tipping in Australia is entirely voluntary, and no one should feel obligated to tip. Most restaurants and pubs have tipping jars, but they're not typically used. Exhibiting appreciation for good personal service with a tip is not uncommon in cities and at popular tourist destinations. Like other countries, the amount differs, but according to the Australian site SBS, the figure is easiest to calculate at 10%.

Tipping may not be obligatory on most occasions, but it is becoming the norm in the Philippines. There is also no hard and fast rule but direct transactions with parking attendants, porters, taxis and other service industries do expect it especially especially in large cities like Manila and Cebu. For taxis, rounding up your bill or giving an additional P20 is always appreciated.

Establishments such as restaurants, buffets, or resorts often add a service charge to the overall bill. Hence, Filipinos often choose not to tip, but in instances with a one-to-one interaction like the salon or spa, there is almost always a need to tip in the P50-P100 range. When in doubt and if you are pleased with the service, you can tip in the 10% range according to ExpertWorldTravel.