Style Living Self Celebrity Geeky News and Views
In the Paper Shop Hello! Create with us
PAGASA

After a period of “explosive intensification” of 90 kilometers per hour at 5:00 a.m., Karding intensified even further at 10:00 a.m. as it moved westward towards Quezon-South Aurora.

Certain areas of the Philippines are now being evacuated in anticipation of the super typhoon’s wrath.

Here’s all you need to know about Karding, which made landfall in the vicinity of Burdeos, Quezon at 5:30 p.m. on Sept. 25, as announced by PAGASA.

How strong is the typhoon?

Karding had a period of “explosive intensification” prior to becoming a super typhoon on Sunday. PAGASA refers to super typhoon (STY) as “a tropical cyclone with maximum wind speed exceeding 185 kph or more than 100 knots.”

Storm signals in different parts of the Philippines

Several provinces in Luzon, meanwhile, have been placed under Signal No. 4, including the northern portion of Metro Manila. You may know more details on the tropical cyclone wind signals in different parts of Luzon on our live updates page.

Other things to watch out for

It’s still not certain if the flooding would be similar to Ondoy in 2009, which has been known as one of the worst natural disasters in the country. Rojas, however, noted that there will be torrential rains. “Heavy rains dumped in Sierra Madre will eventually go downstream. If you live along river channels, prepare to evacuate,” he said.

keep in mind that forecasts are not 100% accurate, this is more of a guide on what and when to expect later #KardingPH

How to prepare for Typhoon Karding

Here are some tips that could guide you in preparing for the super typhoon before it approaches the country: 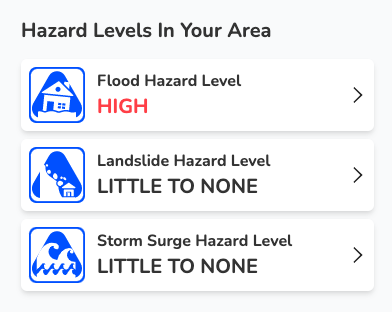 Typhoon hotlines in case of emergency

Should you need urgent help or rescue when Karding hits, you may contact the following hotlines:

The most destructive typhoons in the Philippines

Brooke Villanueva is the deputy editor of PhilSTAR L!fe, covering everything lifestyle—with a focus on food and travel. Apart from her responsibilities as a lifestyle journalist, she is also taking her MBA at the Ateneo Graduate School of Business. She has completed a certificate program on the fundamentals of business developed by top Harvard Business School faculty. Follow her on Instagram at @itsbrookevillanueva.