Turn of the 20th century. The world was on a roll.

Fifty years prior, the Industrial Revolution had ended. Its momentum, though, has yet to slow down. Mechanical and industrial progress ran a race that took the world on the fringes of numerous breakthroughs, if not yet the brink of war.

The speed of which changes happened, as spurred by profit, demanded that the growing workforce stand in tiptop shape. Slowing down wasn’t an option. It was all about speed. Speed of production.

As the stress of coping with the workload increased, so did the need for medication that would give the body its extra boost.

By the time World War II started, pharmaceuticals were head over heels in their attempt to make “supermen” out of mere mortals. And since the war effort needed soldiers who could stand the rigors of battle, the need set the stage for Nazi Germany, particularly the Temmler-Werke pharmaceutical company, to manufacture and market Pervitin in 1937.

Does substance abuse, particularly cocaine, render a leader incapacitated, or at least, the possibility of being incapacitated?

Pervitin is synthesized methamphetamine, a “speed” drug, which became widely popular in the late 1930s to the middle of 1940s. In fact, it was so well-liked that one can buy it over the counter, even in boxed chocolates spiked with the substance. About 35 million pills were distributed to Nazi soldiers in the early days of the war.

Such access to these drugs wasn’t at all surreal at the time.

The famous psychologist Sigmund Freud encouraged the use of cocaine to cure sexual weakness. Other pharmaceuticals sold it as cure for toothaches, and cocaine-spiked pastilles and lozenges for sore throat.

While the Nazi regime banned the use of other “escapist” substances like cocaine and opium, it tolerated the use of methamphetamines as it was a hyper-alertness drug. The drug’s effects corresponded with the Nazi obsession of a “superior race.”

Adolf Hitler himself was by no means an exception. In fact, when I think of leaders and dictators consumed by drugs, Hitler’s name stands first in line. 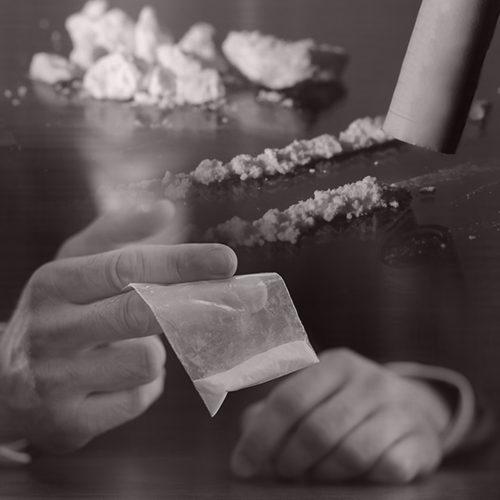 The middle and last phases of the war, especially after an assassination attempt on his life, saw the Führer’s doctor injecting him with a cocktail of vitamins and opiates, two of which were Eukodal (oxycodone) and cocaine. The drugs were allegedly used to dull the pain coming from shrapnel wounds.

Though not all experts agree, other historians claim that Hitler used these opiates to cure his tremors, a result of Parkinson’s disease. Oxycodone was so strong that it will take only two weeks—with an average four-times-a-week dosage of which Hitler received—to be addicted to the drug.

The Nazi regime’s vile behavior, however, cannot be excused by its use of mind-altering substances. Norman Ohler, author of Blitz: Drugs in the Third Reich, said in an interview with NPR:

“I don't excuse or that I don't try to diminish the responsibility of the German people or of Hitler. It's a principle in law that if you inebriate yourself in order to commit a crime which you have planned prior, it does not lessen your responsibility.”

The responsibilities of leading a nation already brought to its knees by the pandemic and grave socioeconomic crises might be too much for someone who is addicted to illegal substances.

The recent call of the Philippine National Police to subject 2022 poll candidates to a drug test came in the heels of President Rodrigo Duterte’s claims that a candidate is using cocaine.

While there is hardly any law requiring such a test for presidential aspirants, some people feel it may come in handy because cocaine abuse carries with it a laundry list of physical and psychiatric complications, the more damaging being cocaine-induced psychosis.

My readings on the subject brought me to a study released in 2014 by the US National Library of Health-National Institute of Health. The study was made up of 231 respondents.

Duterte's 'war on drugs': A misguided and failed war

While the study exerts extra effort to say that correlation between cocaine abuse and psychotic episodes are no less complex, it stated that “Cocaine consumption can induce transient psychotic symptoms, expressed as paranoia or hallucinations. The term cocaine-induced psychosis (CIP) has been used to describe this syndrome, which tends to appear after cocaine use, with transitory paranoia being the most common symptom.”

And so, the question: does substance abuse, particularly cocaine, render a leader incapacitated, or at least, the possibility of being incapacitated? Legally, your guess is as good as mine.

Simple logic, however, tells me that any leader who is neck deep in cocaine abuse ought to seriously reconsider running for President. A clear vision of what is ahead is key, not hallucinations or deliriums. We’ve also had enough of uncontrollable aggression, which is one of many warning signs of the craving for hallucinogens.

To add, did you know that addiction to Fentanyl produces neuropsychiatric hallucinations? “The most common form of fentanyl hallucination is auditory, usually hearing voices that do not exist. However, other auditory hallucinations include music, clapping, or random sounds. Sometimes, a person may experience visual hallucinations, including seeing objects or people that are not actually present.”

The responsibilities of leading a nation already brought to its knees by the pandemic and grave socioeconomic crises might be too much for someone who is addicted to illegal substances.

Besides, we do not want taxpayers’ money funding whatever cocaine or illegal drug habit this alleged candidate is suffering from. If thinking of running, I suggest the candidate run to the nearest drug rehabilitation center, not Malacañang.

Five years after Marcos’ burial: There’s no burying the hatchet for dictators

A scholar once said that leadership “is the capacity to translate vision into reality”. We need someone who can see past the façade, the walls of lies, the rubble of political decay, the hallucinations of power, and provide answers to our toughest questions.