Under the shadow of the COVID-19 pandemic, candidates vying to be the country's next president and vice president kickstarted the official campaign season for the 2022 national elections today, Feb. 8.

With 90 days to make their case for the Philippine public until the May 9 elections, candidates outlined their raft of proposals and promises in rallies attended by their political allies and, in many cases, burnished with celebrity cameos.

Here are the key highlights.

Ferdinand “Bongbong” Marcos Jr. and Sara Duterte-Carpio officially launched their presidential and vice-presidential campaign at the Philippine Arena in Bulacan on Tuesday, Feb. 8 for the May 2022 polls.

In his speech, Marcos Jr. mainly reiterated that his plan for his administration is to bring unity. 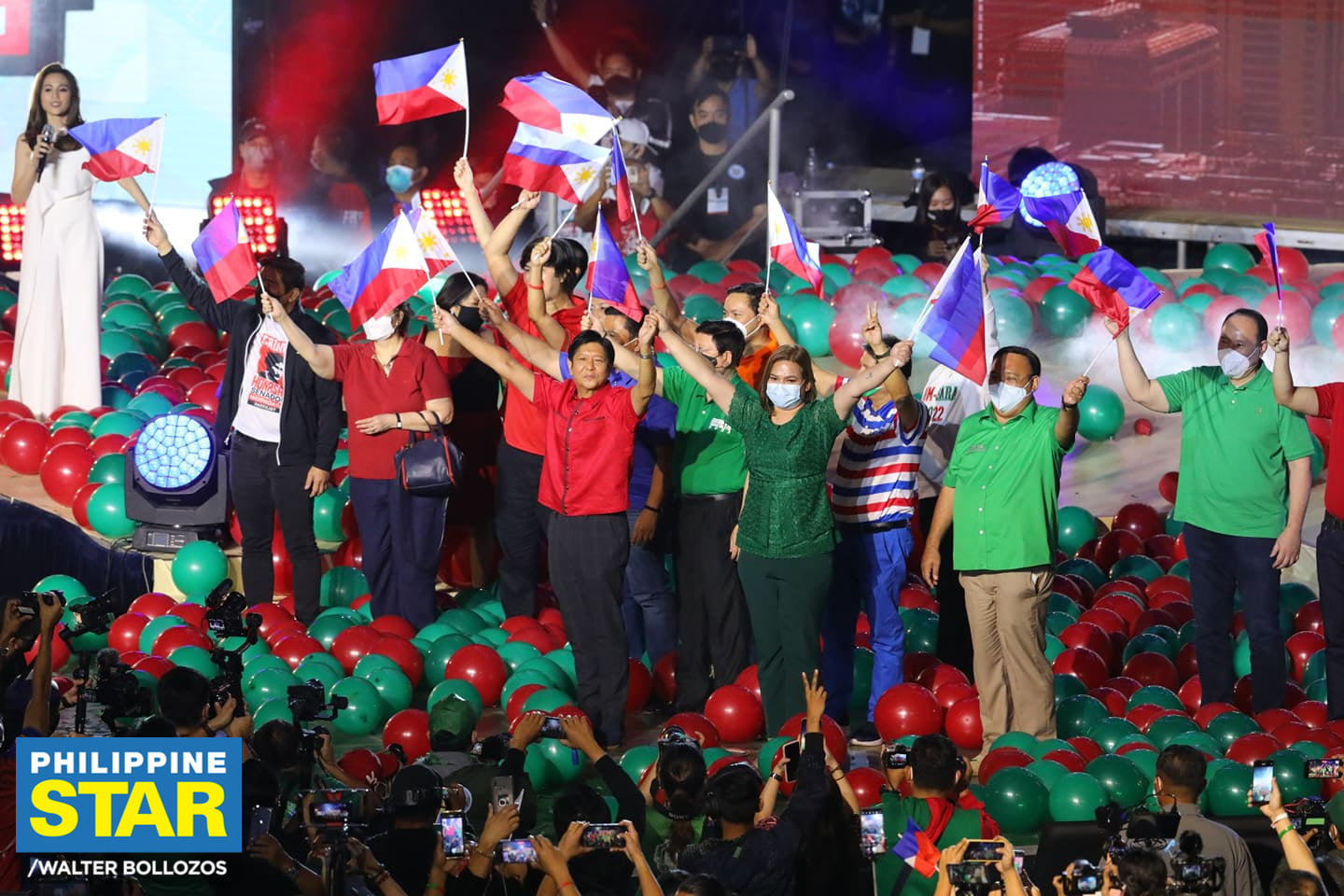 His speech, however, did not detail any specific programs he is planning to implement apart from his emphasizing his message of unity.

Among the notable people who graced the affair and expressed their support for the tandem were former President Gloria Macapagal Arroyo, award-winning writer Njel de Mesa, singer-actress Karla Estrada, and singer Toni Gonzaga, who hosted the event.

LOOK: Celebs rally behind their candidates as 2022 elections kick-off campaigns

'I get things done'

Presidential candidate Manila Mayor Isko Moreno, who is running under the Aksyon Demokratiko ticket, kicked off his campaign by attending Mass at the Sto. Niño de Tondo Parish, followed by a seven-hour “Blue Wave” caravan around the city.The motorcade took longer than expected, which pushed back the proclamation rally held at the Kartilya ng Katipunan an hour late. 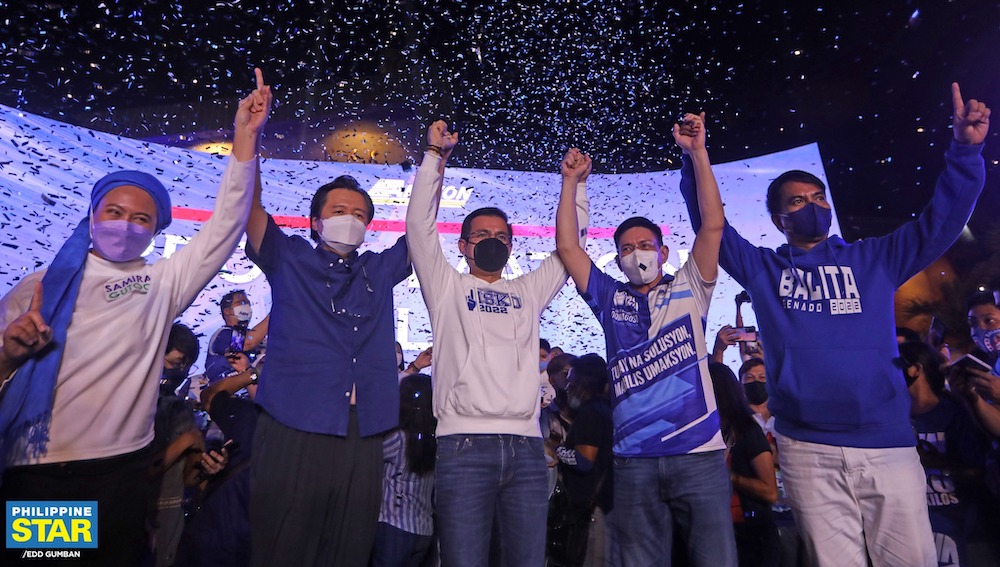 In jeans, white hoodie, and Superstar sneakers, Domagoso worked the crowd with his 25-minute speech that mostly highlighted how the families and political parties of two of his biggest opponents—former senator Bongbong Marcos and Vice President Leni Robredo—were in power for a total of 39 years.

Domagoso acknowledged his opponents capabilities and intentions in running but laid out the reasons why he is the one to vote for the highest position in the land.

“Maaring mas magaling sila sa akin, pero I get things done. I listen to specialists. I listen to good people with good intentions. I listen sa mga taong sertipikadong magagaling sa kanilang mga larangan. After talking to them, we always come up with a solution,” he said.

As campaign season kicks off on Feb. 8, here's everything you need to know about the Comelec guidelines for in-person campaigning

Dubbing himself as the “Man of Destiny,” senator and global boxing icon Manny Pacquiao’s first day of his uphill battle toward the presidency started in the GenSan Oval Plaza in General Santos City.

Pacquiao, whose presidential bid centers on fighting poverty and corruption, kicked off his campaign in his hometown. His running mate and Buhay party-list rep. Lito Atienza, however, launched his vice presidential bid through a virtual call due to a “sprain.” In a video message, Atienza said he was ready to “quit politics” but Pacquiao’s offer made him reconsider his decision. 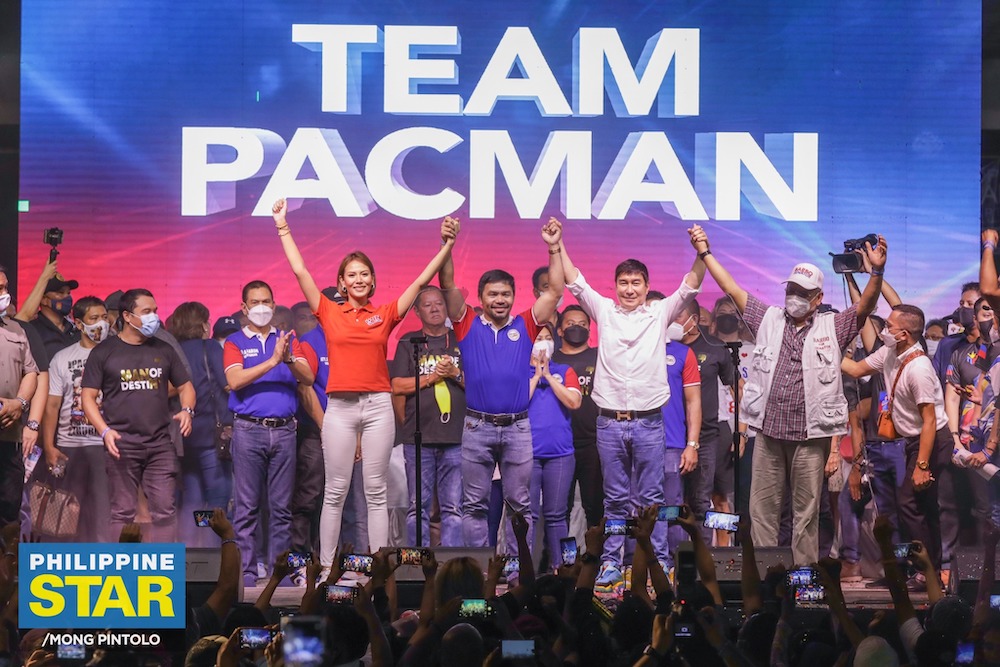 Pacquiao is running under the Progressive Movement for the Devolution of Initiatives (PROMDI) alongside Atienza.

At the Imus Grandstand in Cavite, Senator Panfilo “Ping” Lacson kicked off his election campaign for president alongside running mate Senate president Vicente “Tito” Sotto III, promising to fix the ills of the government.

Lacson and Sotto also pushed their platform of “fixing the ills” of the government and restoring the public’s trust in it by getting rid of corrupt public officials. 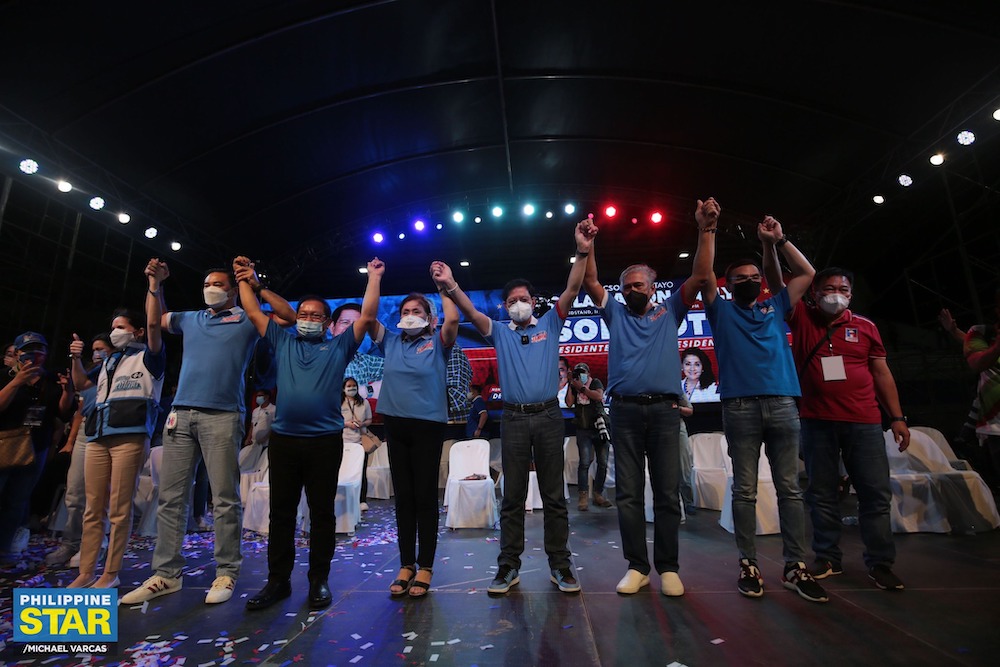 The Senate president’s brother and Eat Bulaga co-host Vic Sotto also made an appearance at the campaign launch, endorsing the tandem.

The grand rally was held at the Imus Grandstand in Lacson’s hometown. Cavite is also known as the second most vote-rich province in the Philippines with both Lacson and Sotto receiving wide support from the Caviteño voters during the 2016 elections.

In her speech, Robredo noted how Bicol was not only the place of her birth, but also of her political awakening.

Supporters clad in the campaign color’s signature pink trooped to the Plaza Quezon. The rally had a number of celebrities including Cherry Pie Picache, Rita Avila, Pinky Amador, Iza Calzado, Jolina Magdangal, Sharon Cuneta, and Nikki Valdez, who served as host for the online feed. 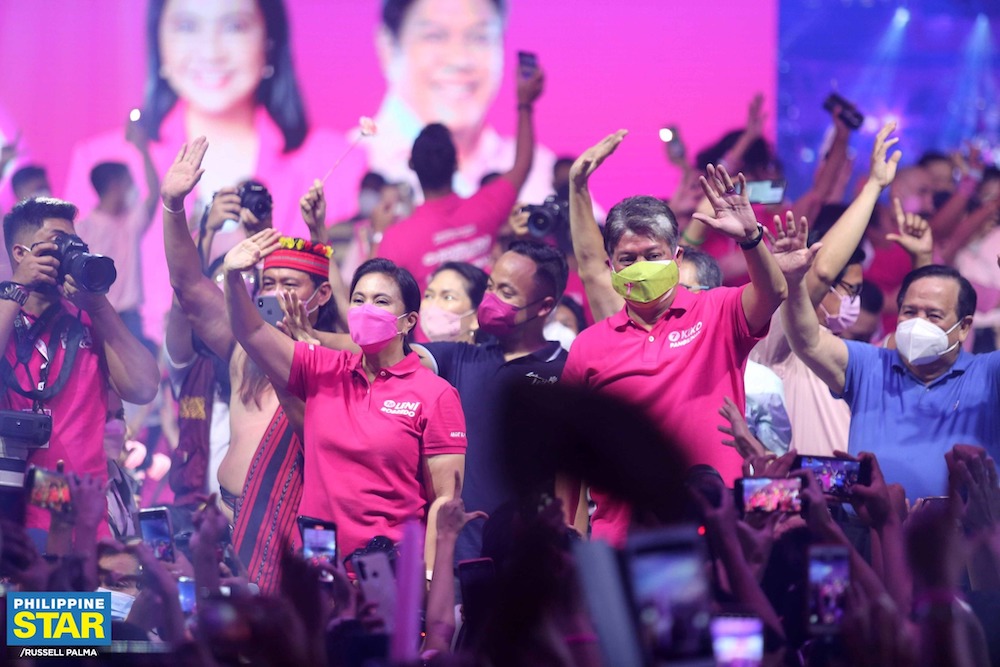 In keeping with her previous statements, Robredo said her plan once elected is to focus on uplifting marginalized Filipinos through an efficient and honest government.

The 2022 presidential candidates' stance on national and personal issues

Presidential aspirant Leodegario “Leody” De Guzman and his running mate, UP professor Walden Bello, have kicked off their campaign along with the Partido Lakas ng Masa party list at the Bantayog ng mga Bayani in Quezon City, despite not securing a permit from Comelec. 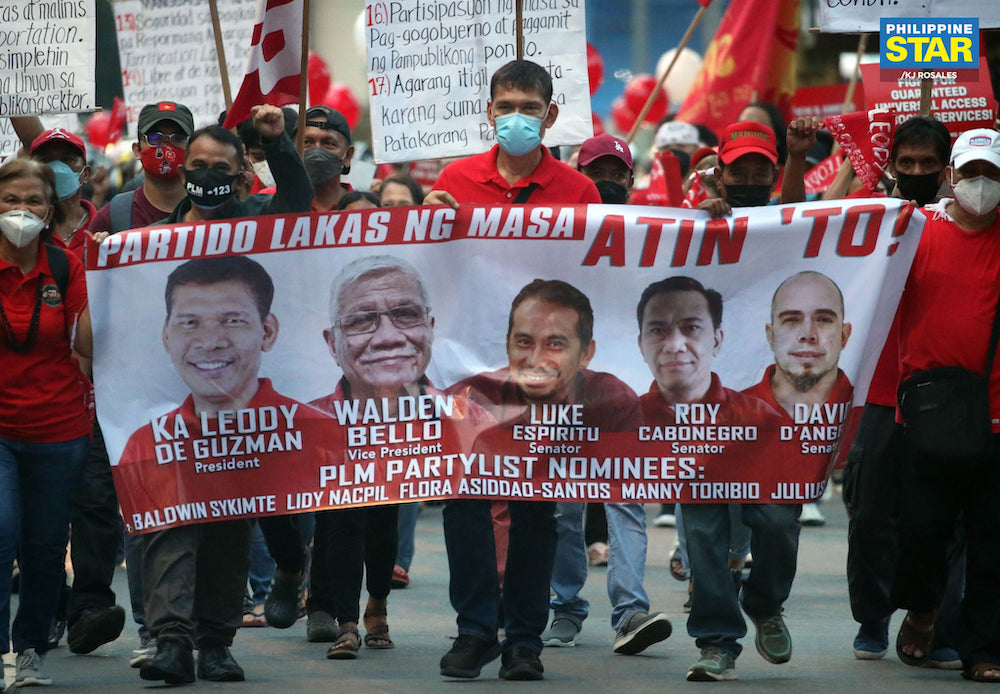 De Guzman and his allies assured their supporters of their overall vision for his office where the marginalized sectors such as the working class, farmers, and women, will be put front and center. “Ang panawagan natin: Manggagawa naman,” De Guzman said.

This campaign rally maintained the identity of being for the masses as the organizers did not invite any other key personality or celebrity to draw support for the candidates.

Comelec director Atty. Elaiza David stated during the commission’s press conference earlier today, Feb. 8, that the lack of permit from the De Guzman-Bello-PLM rally constitutes a violation of the campaign guidelines and may lead to a sanction on the said candidates.

Comelec reminds candidates to observe health guidelines during the campaign, as DILG urges parties to 'self-police'