She does know the earth is run by mothers, this much is certain. ~ Nobel laureate Louise Glück

Might has no right to wave its guns in the courtyards of our grief. But how do you put such audacity, nay, monstrosity, into words?

What can writing accomplish at a time like this? To speak of the unspeakable, they say. The task itself seems preposterous. But then again, to what extent is writing a form of grief?

Surely each verb has its own weight in tears, each noun the memory of a face, a name, a home behind it. A story worth recalling. Yet, stringing them all together to form a picture, a bloody mural weighed down by the cruelty perpetrated by power, how does one do that?

How does one capture a moment, exactly as it happens, with all the intensity that go with melancholy and rage, a moment somehow lost in the maze of shallow ambivalence, using only words? 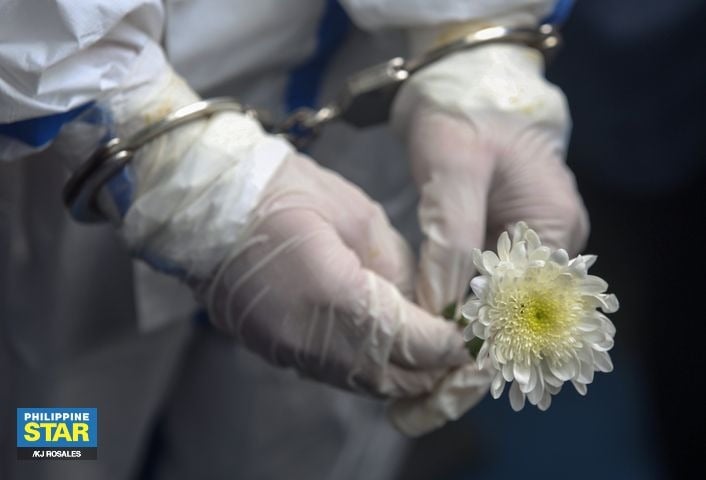 I wish I knew. How easy it is to dismiss all this as just another day under Duterte’s misogynistic dictatorship. Just another rip in the matrix. A virtual lesion in the womb of time.

They bid baby River farewell not with flowers but truncheons. Not weeping but arms. A mother’s trembling hands — trembling to touch her baby one last time — are instead fettered with chains.

I’m aghast that there were women officers among the crowd who chose not lift a finger to defend the mother. And the men! How easily they’ve dispensed with the thought that they owe their lives to their beloved mothers.

How far could the banality of doing their jobs serve as an excuse for savagery? 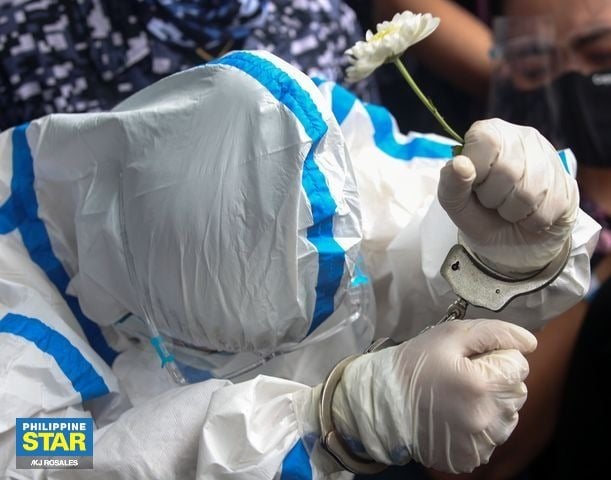 They say a picture paints a thousand words, but tell me, what word does this picture paint? Think of the thousands you’ve committed to memory. There seems to be no articulating the diabolical. Words seem to fail where evil makes its home among us.

To be ripped of the chance to grieve… how vile is that? Isn’t it true that there is no getting over the loss of a loved one? That tears left to dry in the eyes leave scars in the soul?

Yet there is a genius to the melancholy we feel when the chance to mourn presents itself. It shatters whatever is left of the offense with which we had regarded the crimes heaped on us and all the bad things which have overstayed their welcome in our lives.

To grieve is to choose to be human, ‘the price we pay for love,’ as one writer puts it.

And the more we grieve, the more love becomes a part of ourselves. We get used to the weight which, as an anchor, holds us in place. Take the chance to grieve away and the wound refuses to heal. Empty a mother her chance to grieve and she floats on angry seas without a rudder, a sail, her chance to move forward stolen from her.

Sooner or later it transforms us into the very thing grieving was meant to remedy: a person weighed down by a sense of profound, irreplaceable loss.

We all know what they say about the individual who has nothing more to lose. More often than not, he metamorphoses into the very monsters who stole from him that one chance to grieve.

Could that be it? The masterplan? Turn us into the reckless fiends who impose their cruelty upon us and our children again and again — and again?

This is precisely the horror that lurks behind every act of inhumanity. 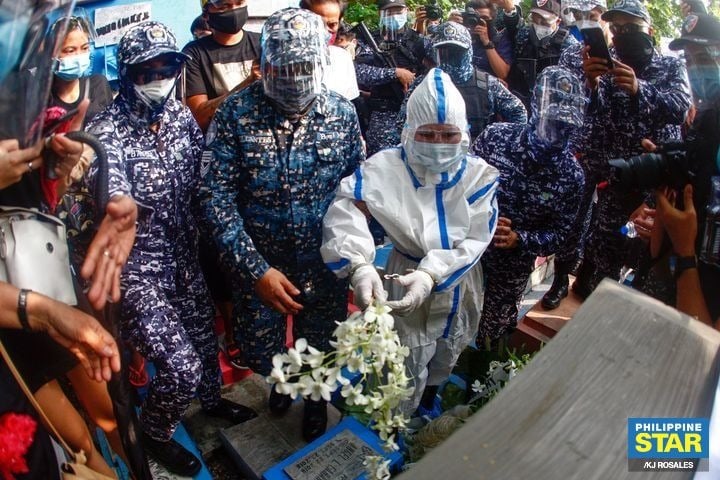 So, where do we go from here? As a writer, I want to know where words can come play in this rather sad playground of our lives under a dictatorship. If the fight for our rights deserve cruelty from those tasked to protect it, aren’t we left with the slimmest of options?

Somehow, we learn from all this sadness that grieving is better than hating. Rage, yes, why not? We have all the reason to be indignant, to convulse with anger. But hate? No one has won a single battle with animosity and revulsion running in their veins.

Hate clouds the mind, dulls the senses. It switches off the light — the very light we need to see the enemy in front of us.

We all need to share in the grief of the mother to sustain that light. Even if we only have words for tears.

This article was originally published on Medium.com via this link. Follow the author here.

All photos by KJ Rosales of The Philippine Star