Filipino pole vaulter Ernest John (EJ) Obiena wants the Filipino people to know: he still loves competing, and he knows he can still win a gold for the country.

After reports surfaced that the 25-year-old is unsure about competing in another Olympic stint after failing to land a podium finish during yesterday’s Tokyo Olympics pole vault finals, he took to Instagram to clear the air.

“I should not have entertained questions about 2024 so soon after the final. I learned a lesson,” he began.

He said that post-game interviews saying he is “unsure” about the 2024 Olympics were “taken out of context and have created an uncertainty and distraction to our country’s amazing Olympic performance.”

He went on to admit that his emotions got the better of him at the time, as he joined the Olympics to bring home a medal for the country and it disappointed him to not see the dream achieved.

“I hold myself to high standards. I am thus, understandably upset, disappointed, and reflecting so I can learn and improve myself.”

He continued by saying that talking about the next Olympics is still difficult since he is recuperating from the finals event: “I am not, at this time, thinking about the 2024 Olympics. My mistake was in trying to be accommodating to the press at a time that I am still distracted by what transpired in the pole vault final."

EJ also requested that he not be queried regarding the 2024 Olympics at this time.

Though he did not give a definite 'yes' or 'no' just yet, the post ended with encouraging words from the young athlete.

“The facts of the matter are simple:

I still love the sport of pole vaulting.

I still know I can win. 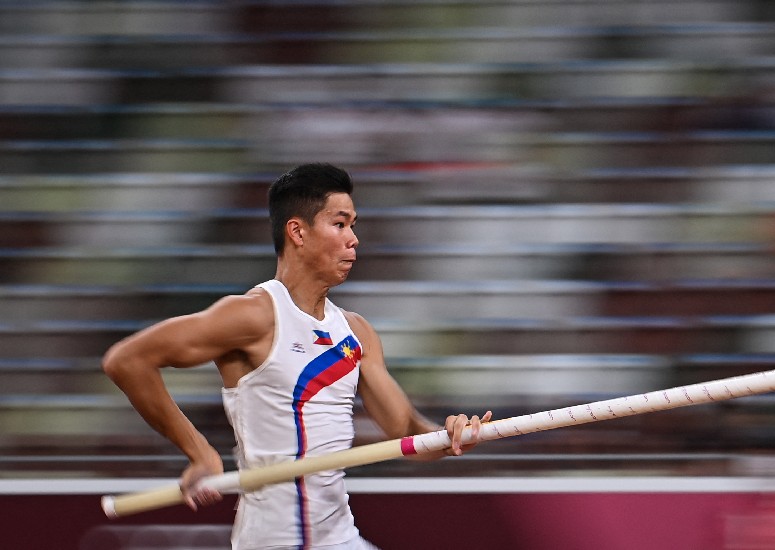 EJ bowed out of the pole vault finals yesteday, Aug. 4, after failing to leap over the 5.80-m bar. Before his final attempt, he had a discussion with field officials asserting that the game clock already started while the bar was being replaced. He was given another go, but failed to make it to the next round.

EJ is the son of national pole vaulter Emerson Obiena and student-athlete Jeanette Obiena. The 2020 Tokyo Olympics serves as his Olympics debut.