I’ve learned the principles of budget management from my late grandmother’s kitchen masterclass: “Cheap is overrated. If you want to buy quality, be ready to part with your money.”

And part with her money she did, having treated her grandchildren to a grandiose array of entrées few restaurants today even know. To her, money may not buy you love, but it can buy you a mouthwatering inch-thick Porterhouse.

The pantry, of course, is light years apart from government operations. But the principle stands: quality doesn’t come cheap.

Try introducing budget mismanagement into kitchenomics and immediately your spouse would wonder whatever happened to the corned beef that go well with potatoes. In our household, more potatoes, less corned beef proves there’s a budget deficit somewhere.

In a nutshell, I am agreeing with Education secretary and vice president Sara Duterte on the proposed P710 billion earmarked for the Department of Education.

Sara Duterte accepts offer to be next Education secretary, DepEd confident it will be ‘in able hands’

Truth to tell, in light of clear and present problems plaguing the education sector, I’m all for granting the department a P1 trillion budget – clean of any liability.

That is presuming that each and every centavo would go directly to fixing the lack in classrooms, which is pegged at 91,000 across the country, the raise in public school teacher’s salaries and allowances, the regular training needed to upgrade teacher’s skills in navigating a largely digital world, to say little of treatment for teachers’ and students’ mental health, especially bullied and sexually harassed youngsters, among others.

The physicality of the requirement alone – classrooms need supplies, workers for construction – needs to deal with an inflation running on pure steroids. So, if it’s quality we want, and no doubt we need it, it’s only proper to have the money necessary for all these improvements to be realized. Anything short of a trillion may only prune the branches, but never uproot the main cause.

My beef in the 2023 budget proposal points to the need for confidential funds. The vice president defended it at the House appropriations committee budget briefing recently, saying, that the need is based on a “direct link” between basic education and national security.

To address this, Duterte proposed P150 million of the budget for Education to be earmarked as confidential funds.

Barring corruption aside, I have nothing against government’s proposal to have confidential funds. I guess, in government service, some things are better left unsaid. I’m guessing that some efforts must remain clandestine if only to secure the immediate availability of the funds minus the red tape – and assuming all things equal.

However, Duterte has detailed the use of confidential funds to address mainly the sexual grooming of learners, student recruitment into terrorist organizations, and drug use of both students and educators alike.

This begs the question: why make it confidential when Duterte has already mentioned, in detail, the efforts to which this money would be spent? Information on the sexual grooming of learners, recruitment into terrorist groups, as well as widespread drug use, should be public domain.

I, for one, as a parent, must know what is going on. Government cannot have sole ownership of the information since taxpayers’ money is being used for this purpose.

Parents also need to know if these efforts, presuming they are largely clandestine, are causing their children undue panic. Clandestine surveillance makes a mockery of due process which is significant to the practice of democracy. 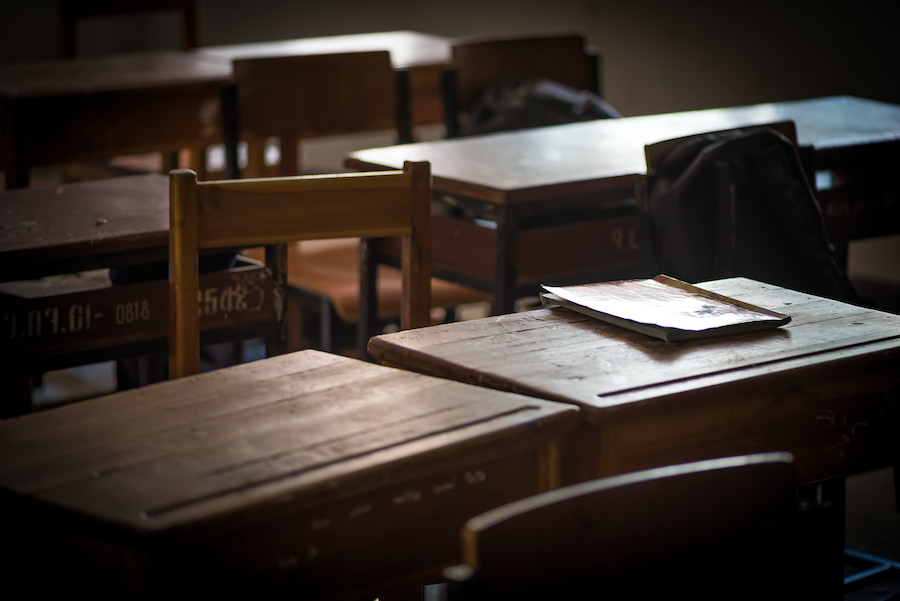 Schools cannot be run like concentration camps where everyone is suspected of something. No government should get away with sowing terror as a means to address national security matters – not in schools of all places.

Allow me to say this once and for all: imposing a militaristic system into our educational environment, one that is already gasping for air, will surely do more harm than good. I mean train him all you want, but a person who cannot comprehend half of what he is being told will have no way of winning a war. You need brains to succeed in a fight.

I don’t even have to remind this administration that the country placed 117th over 180 countries included in Transparency International’s 2021 Corruption Index. Thus, having confidential funds –funds largely held in secret and unaudited – is not good optics. Roughly P700 billion to P1.4 trillion are lost to corruption each year. This should give us pause.

What Philippines can learn from Finland about K-12 education

The 16-year moratorium on the building of public school libraries is what I call a real national security concern. We cannot have brain-dead soldiers in the defense forces, as we know well by now.

When all else fails – strength, beauty, the boldness of youth – a good, well-informed head beats the rigors of old age. Why because a good education instills not only information but values, the same values and wisdom needed to continue creating and recreating our world.