It becomes a matter of trying to stare through eras, when the passage of time is like what’s called a “lawrence” on a sunbaked road — that shimmering haze that appears ephemerally like a false oasis.

Stretching that stare into a long gaze, one spans evolving variables.

Comparing and rating Greats Of All Time, whether in sports or any field of competition, is an asterisked exercise, with footnotes acknowledging factors that go beyond the fundamental.

So Louise Glück becomes another American poet to win the Nobel. Thankfully, with literature, separate eras don’t enter the discussion when pros and cons are raised.

Personally, I admire Glück’s poetry, not just for its accessibility, even if I sometimes find her lines too prose-y. And I understand that the more “poetic” Jane Hirshfield may still be too young to be regarded for a prize that is often said to have geopolitical concerns as its prime decider. 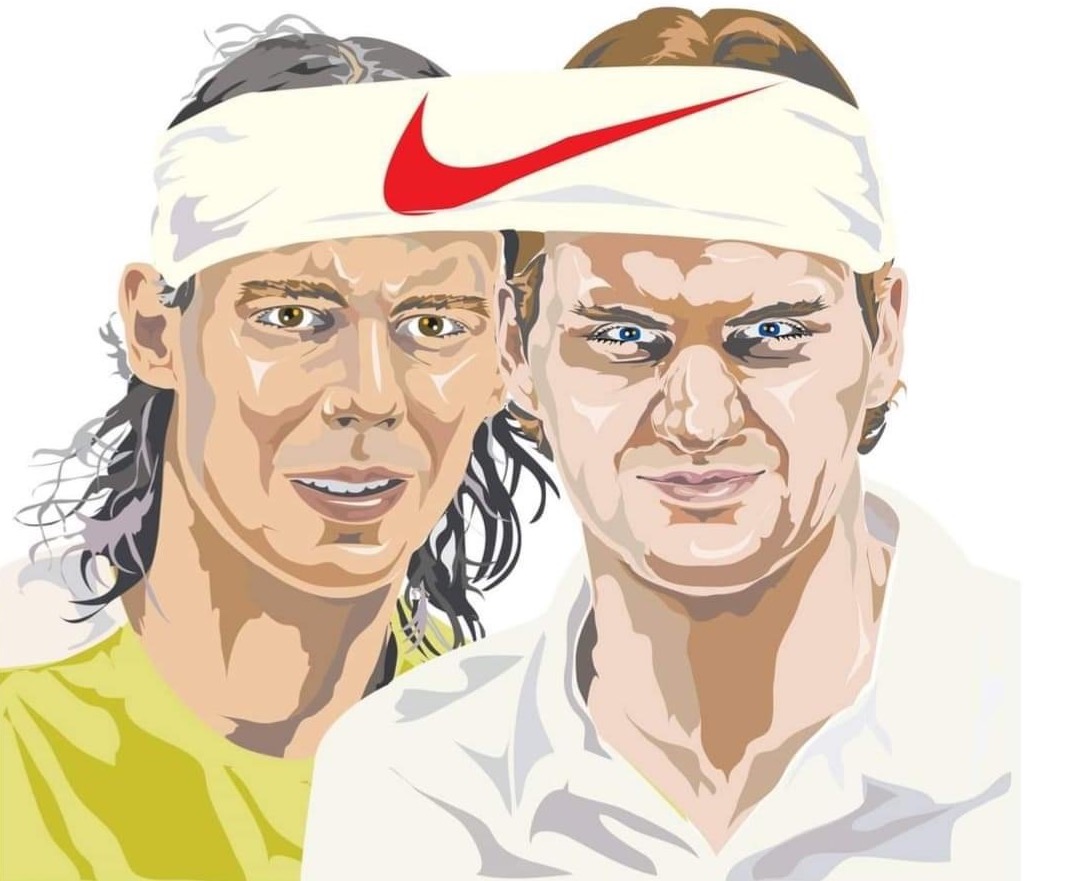 Lakers dedicate NBA Championship to Kobe Bryant: ‘We did this for him’

But I’ve always accepted the judgment of so-called gatekeepers, as it’s theirs to hand down, no matter how taste may differ. It’s as easy as acknowledging that the last American poet to have won the Nobel before Glück, Bob Dylan in 2016, eminently deserved the prize.

With regards poetry with rackets, we can be grateful that the Big 3 of potential tennis GOATs belong to the same era, one that they keep stretching for well over two decades now. We can still speak of the Rod Laver era, but since that time, none of the lot of Arthur Ashe, John Newcombe, Jimmy Connors, Bjorn Borg, Stefan Edberg, Andrei Agassi and Pete Sampras have quite approached the level of anointment as indisputable GOAT as any of the contemporary Big 3.

Roger Federer at 39 and Rafael Nadal at 34 are now tied at 20 major titles each. What deserves extra appreciation is the deep friendship and mutual respect these two titans share. With the younger Novak Djokovich at 33 nipping at their heels with 17 majors, this three-corned race for GOAT honors won’t be decided for some time.

In football, Pele and Maradona still stand out in memory as the greatest legends. It’s been an ongoing rivalry at present between Lionel Messi and Cristiano Ronaldo, with the former having an edge owing to his superior assists numbers. The GOAT question spans eras for the beautiful game.

But it’s in basketball where the GOAT debate rages most fiercely, especially since LeBron James, the “Chosen One” at 18, is still performing like a wrecking ball at his age. He turns 35 at yearend. His newfound partnership with young forward-center Anthony Davis just gave him his fourth NBA ring.

Unfortunately, most of the local Lakers fans I’d consider as among the jeprox bandwagon type for not gaining any familiarity with any NBA teams other than the Lakers and Celtics, whom they’ve heard about most often. However, their discourse may be of no value, they join Lakers fans everywhere in thanking James for the club’s 17th title, tying the Celtics’ record.

If the James-Davis’ partnership gets even more formidable next season, and the Lakers make it through a minefield that will include the Warriors, Clippers, Mavs, Bucks, Nets, and Heat (again!), why, that’ll be title No. 18. And LeBron’s fifth ring. 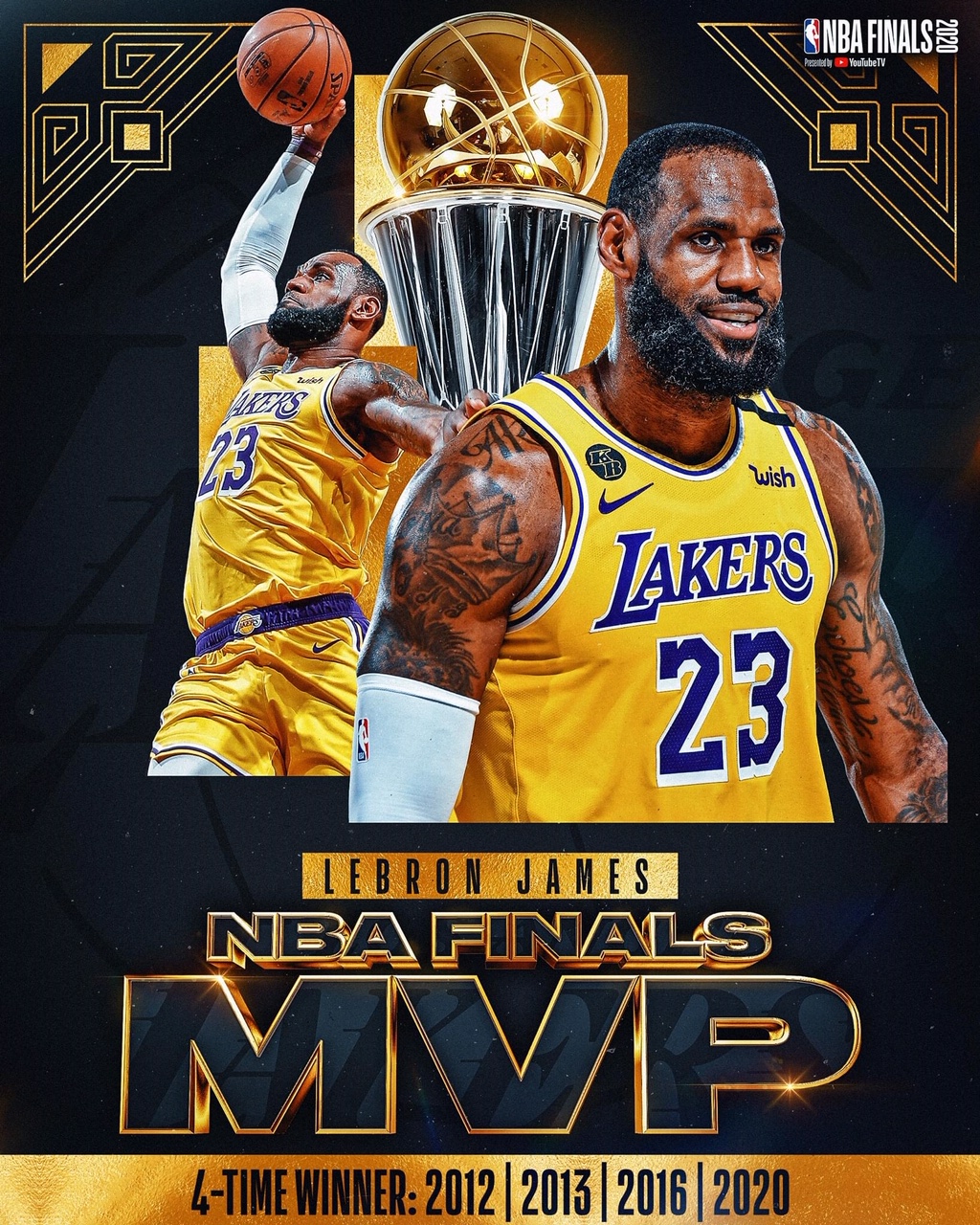 Then all the more will there be such a divide between the LBJ lovers and haters, as not only does he tie Kobe Bryant in number of championships, but also threaten to approach that of MJ.

It’s often pointed out: both Jordan and Bryant earned their rings while sticking to one team, whereas James has had to party around the league and kept taking his harlot talents elsewhere. Other arguments stay in place: Jordan was never beaten in an NBA Finals. He dominated rivals, and kept them (Barkley, Malone, Stockton et al.) from ever becoming champions, while LeBron tired of teams that couldn’t help him win titles, and joined or formed partnerships with other superstars.

Vanessa Bryant to Lakers after NBA title win: ‘Wish Kobe and Gianna were here to see this’; others pay tribute

Contemporary fans who claim that LBJ has surpassed MJ as GOAT are forced to add another dimension to the debate: that the younger man’s socio-political activism makes him greater than Jordan, who once quipped that Republicans buy Nike shoes, too.

But the main reason why there are lots of LeBron haters, apart from the fact that he’s long been seen as the threat to Jordan’s transcendental greatness, has been his uber verbiage and body language. He complains to refs too much, and can hardly keep a scowl to himself when a teammate underperforms. Mike never showed opponents that he was physically hurt even by underhanded tactics. Grit and indomitability took over, and the slick skills set undeniably prevailed.

Ultimately, it was Jordan’s narrative drama, highlighted by retirement and return, that will keep him as GOAT — unless LeBron finds a way to play productively till he’s 40, and gets a ring for each finger.

I don’t think it’s the romance of fallback memory — of an era that’s a quarter of a century past — that oldtimers like me cling to. I’ve been rooting for LeBron since his first NBA game. But Air Jordan, despite his killer meanness, still best epitomizes grace and class. Championship class.

No doubt there’s a youngster out there whose growth spurt, handles, quickness, speed, strength, footwork, vertical leap, shooting accuracy and court IQ will eventually have him rise as another ultimate Greatest Of All Time. Until time unravels yet another contender.

And it shouldn’t surprise or dismay fans, just as it didn’t us poetry aficionados when Bob Dylan won the Nobel.