Style Living Self Celebrity Geeky News and Views
In the Paper Shop Hello! Create with us
Photos from AFF Women’s Championship's Instagram (@affwomenschampionship)

If there's one word to describe the Philippine Women's National Football team, it would be historic.

After qualifying for the 2023 FIFA Women's World Cup for the first time in history and achieving a Southeast Asian Games podium finish for the first time since 1985, the Filipinas have once again made the country proud with their recent win in the AFF Women’s Championship.

The national team dominated Thailand in the finals game of the Asian competition on Sunday, July 17 at the Rizal Memorial Stadium. Even their finals appearance was a history-making affair for the country.

After their 3-0 match, this serves as the first time that the Philippines has won the prestigious football championship, with over 8,257 fans in the stands witnessing the win.

The victory not only serves as a milestone for the Philippines but also a testament to the team's prowess as one of the most elite football teams in the world. A few days prior, tensions were high as Thailand had beat the Philippines 1-0 in their group stage match-up.

Prior to the acclaim, congrats, and shining medals, the team took to social media to share their journey.

Goalkeeper Inna Palacios shared a video of herself getting ready for the match, exclaiming: "One more time this tournament!!!" 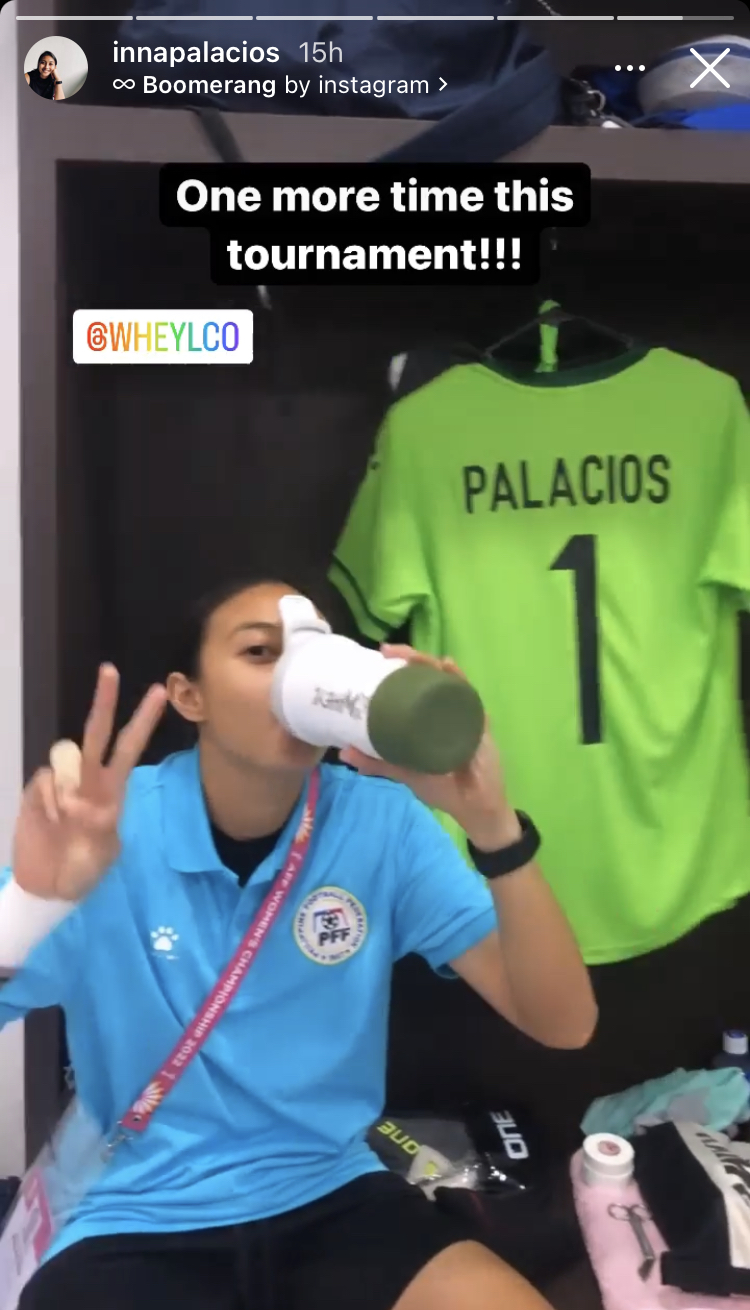 Soon enough, the Instagram accounts of each football player were filled with celebrations and thanks for the unwavering support of their fans.

Midfielder Jessica Cowart, who earned the team's first goal start, shared a video of the team biting into their medals with the caption "Tastes like victory." 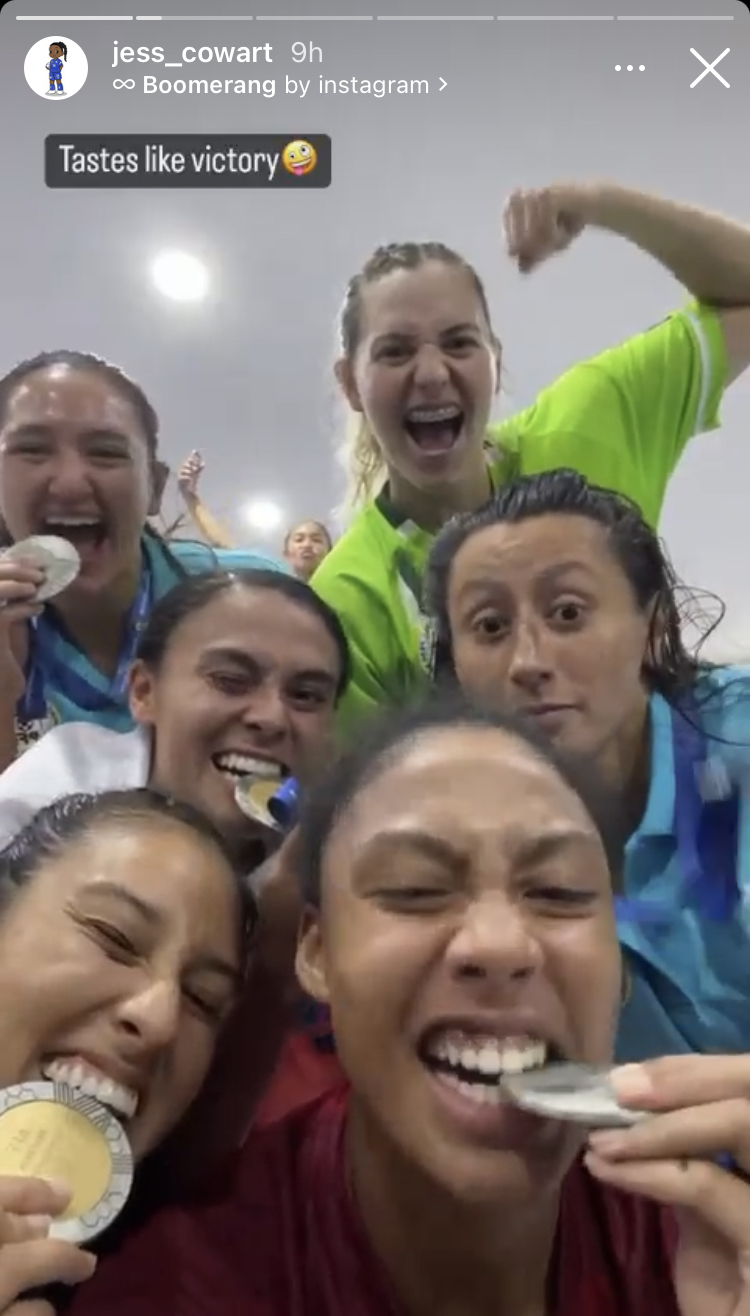 Fellow midfielder Camille Rodriguez shared a snap holding up the Philippine flag, with a newly printed T-shirt of their championship art card.

"Thank you so much for all the messages!!," Rodriguez wrote. "Will savor this moment with the team and reply soonest." 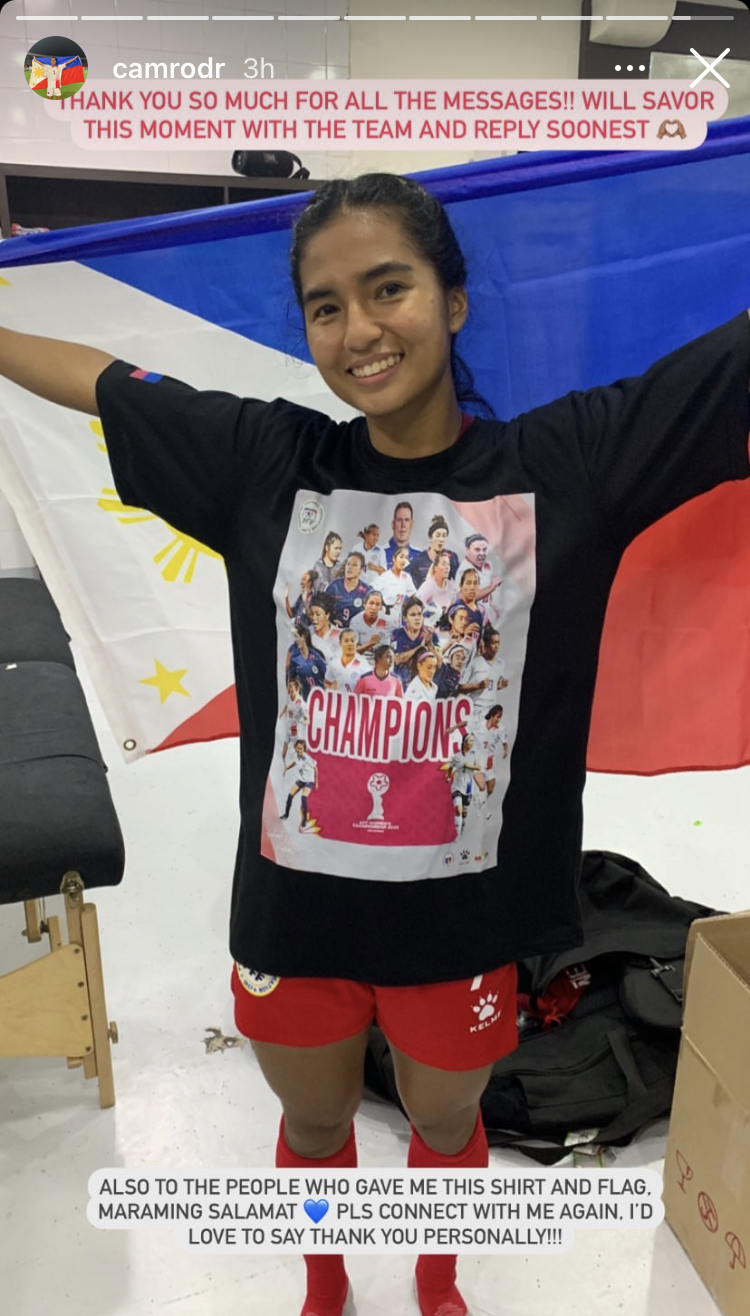 A championship wouldn't be complete with a "champion selfie" right on the field. Forward Alisha Del Campo shared a group photo of the team happily beaming while holding up the AFF trophy. 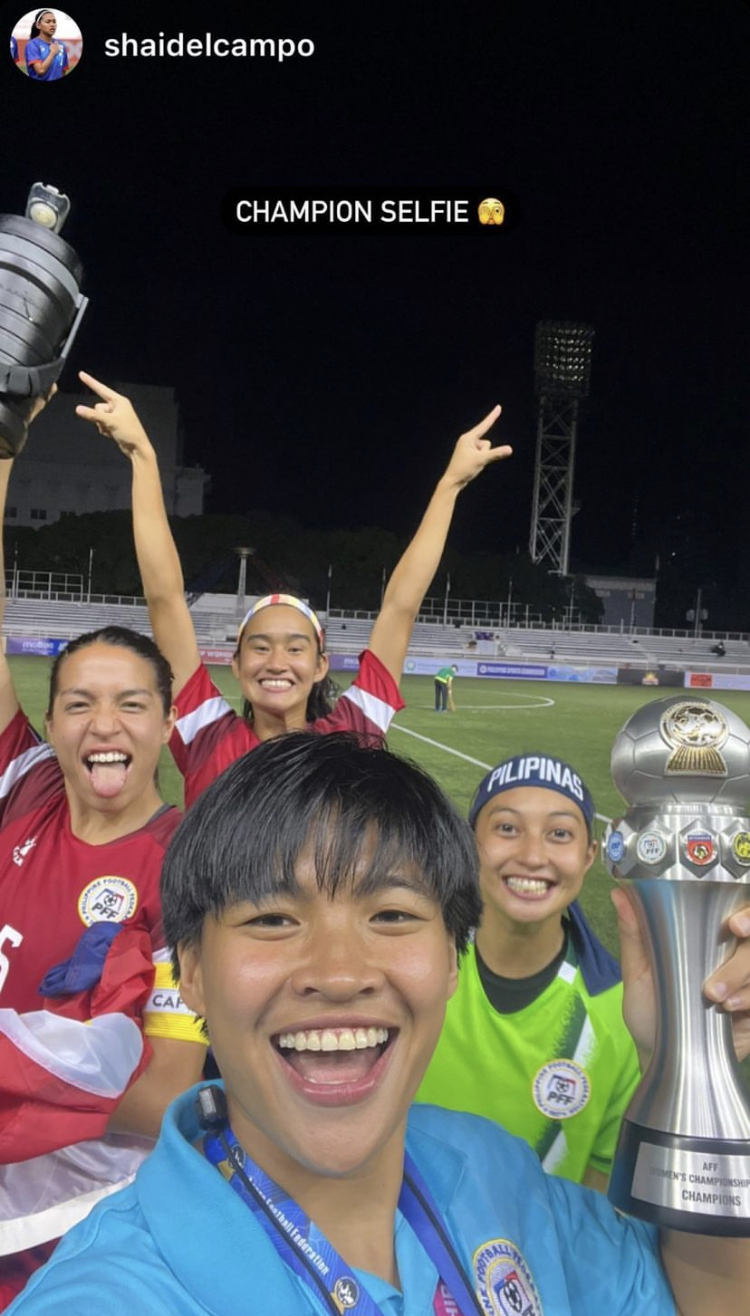 Fellow team forward Carleigh Frilles was also on a high as she shared a medal-donning group with Sarina Bolden, and Dominique Harris.

Fan favorite Bolden is the tournament's top scorer, securing over eight goals for the Philippines during the 90-minute game. 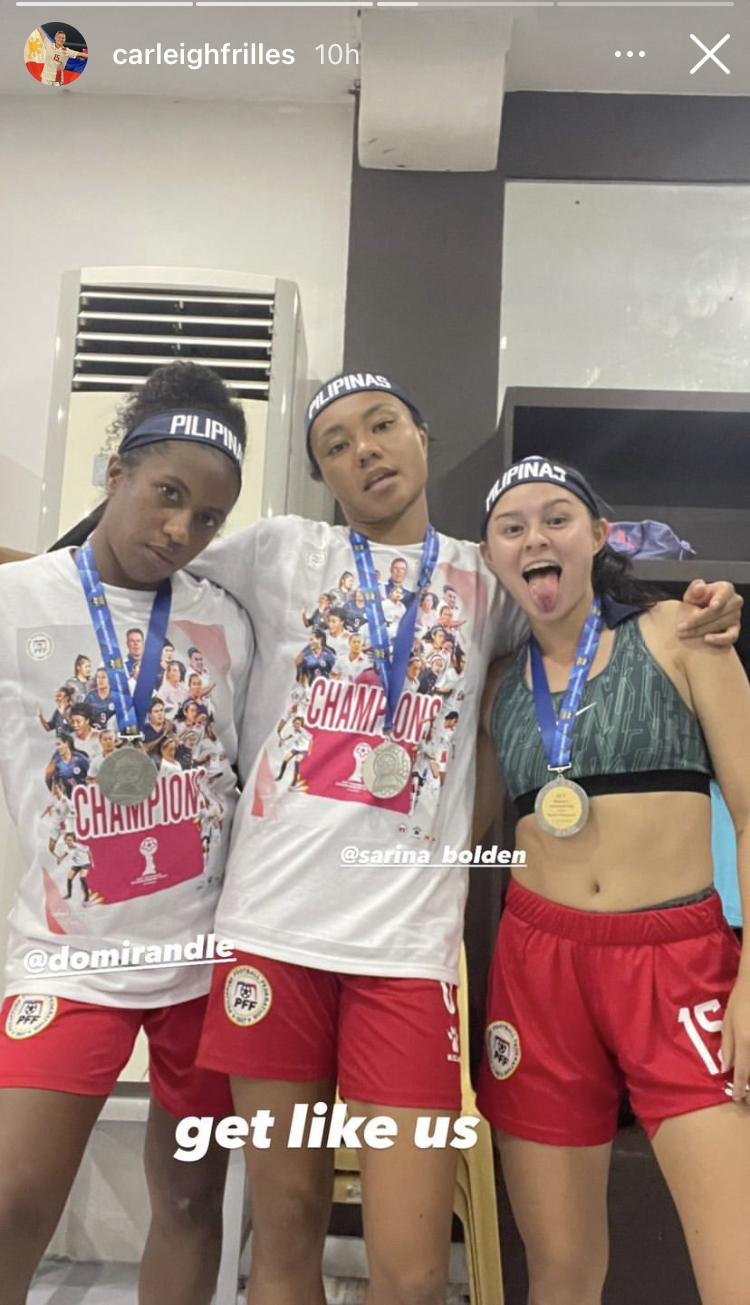 Finally, goalkeeper Kiara Fontanilla shared a sneak peek of the National Football team's after-party celebration. A giant tarp of their winning moment can be seen with Queen's We Are The Champions booming over the speakers. 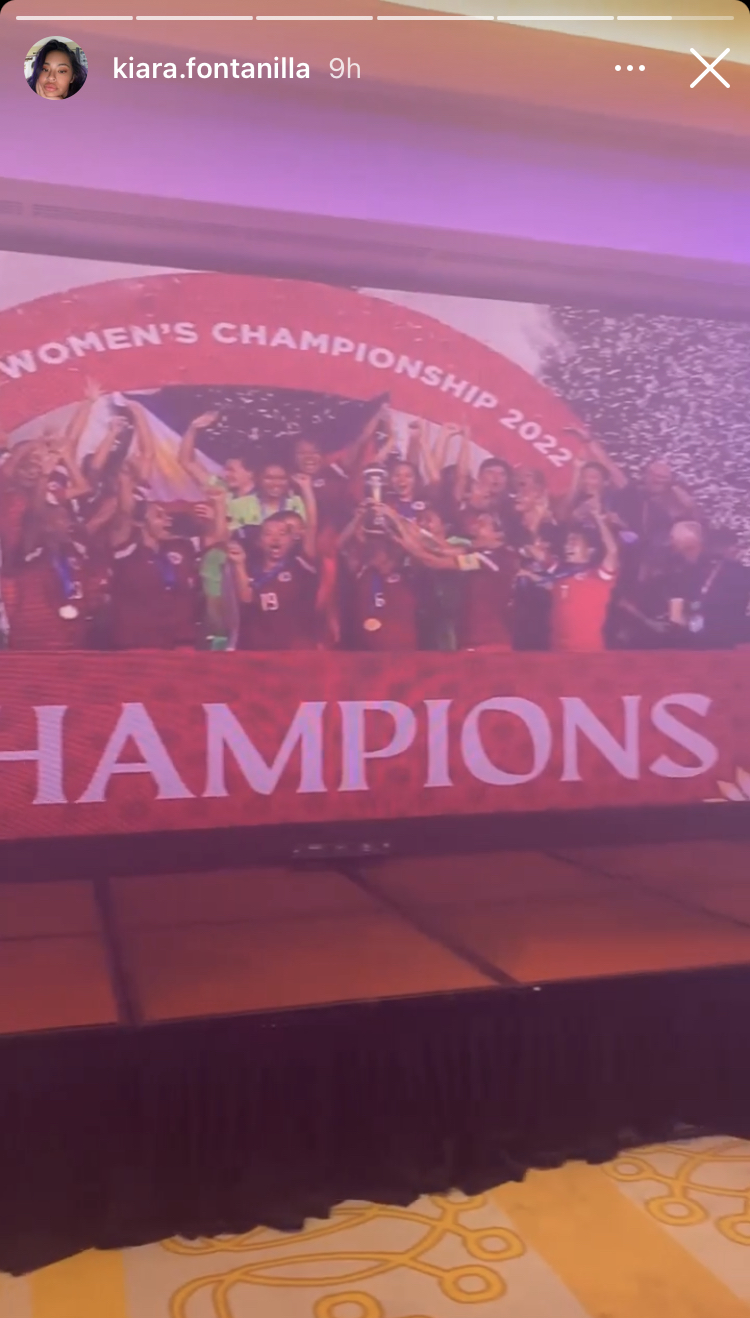 The 2023 run of the tournament will be jointly hosted by Australia and New Zealand, with 32 teams all over the world vying for the Cup.

Of Filipinas making history, the Philippine Women’s Football Team, and My Little Pony