Kris Aquino piqued fans' interest last night, Aug. 10, when she shared a cryptic birthday message to a supposed special someone.

In the simple text photo, the Queen of All Talk shared that she thought twice before making a post as it would once again open up speculation about her love life.

"BUT he really did come when my grief was unbearable," she countered. "He continues to give me unselfish support & comfort; he’s been around for all my ups and downs, health woes, and tears- plus bimb likes him. The post comes two months after the death of her brother and former president Benigno 'Noynoy' Aquino III.

Kris Aquino on brother Noynoy: ‘God blessed me because we made our peace’

"Most of all he makes me feel taken care of, secure, and SAFE. So he is deserving of this birthday greeting that all of you are now seeing (care bears na kung anong iisipin ninyo) BECAUSE for me he is #special," Kris concluded.

The comments section has since been ablaze with support for the host/actress, alongside a scattering of speculations for the mystery man.

Most of her fans shared that they had to do quick Google searches for Aug. 10 celebrity birthdays, while some name-dropped her new co-host, Willie Revillame or former mayor Herbert Bautista. Revillame's birthday is on Jan. 27, while Herbert's is on May 12.

Kris Aquino initially fended off the netizen by responding, “Why? Did I name names? ikaw ang nag greet by name and nag assume agad… and bakit mo ko didiktahan to 'abolish' my social media account? Siguro if like you I had 3 posts & 8 followers madaling gawin yun but when you have 4.8 million on IG and 4.5 million on FB you just don’t do that because you respect the relationship you’ve built with the people who have come to love and trust you.” 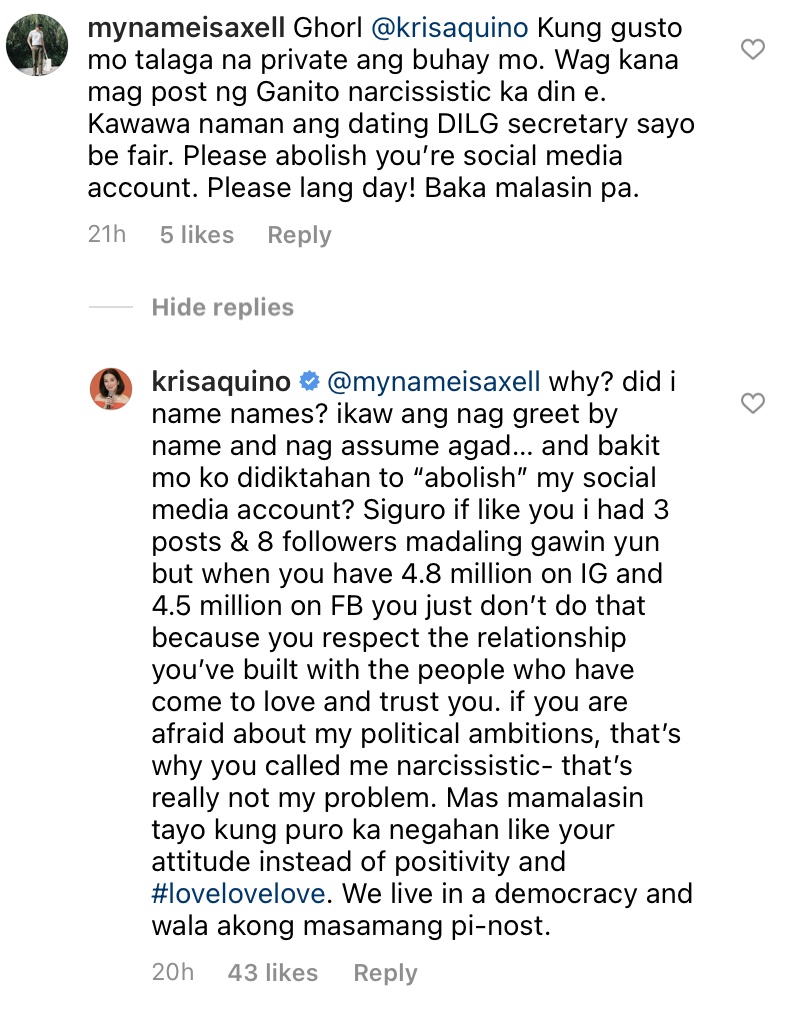 “If you are afraid about my political ambitions, that’s why you called me narcissistic- that’s really not my problem. Mas mamalasin tayo kung puro ka negahan like your attitude instead of positivity and #lovelovelove. We live in a democracy and wala akong masamang pi-nost,” Aquino ended her comment.

As the exchange heated up, the mystery man then entered the fray, naming himself as Mel Senen Sarmiento. 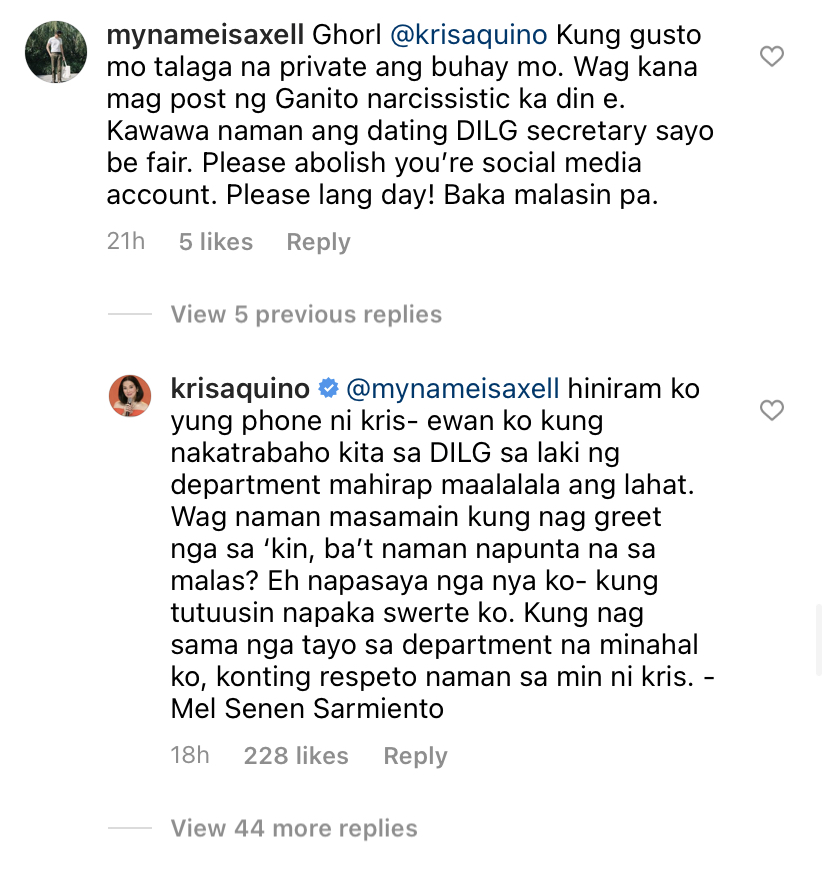 Sarmiento was secretary of the Department of Interior and Local Government from Sept. 11, 2015 to June 30, 2016, which was during the administration of Kris’s brother, the late president Benigno “Noynoy” Aquino III.