Style Living Self Celebrity Geeky News and Views
In the Paper BrandedUp Hello! Create with us
Kara Santos

No plans this Independence Day weekend? How about discovering the flavor and diversity of Philippine-made craft beer?

Over 30 local craft beer breweries with over 100 different beer styles will be showcased at the Philippine Craft Beer Festival happening from June 10 to 12 at the Greenfield District Mayflower Parking in Mandaluyong City. 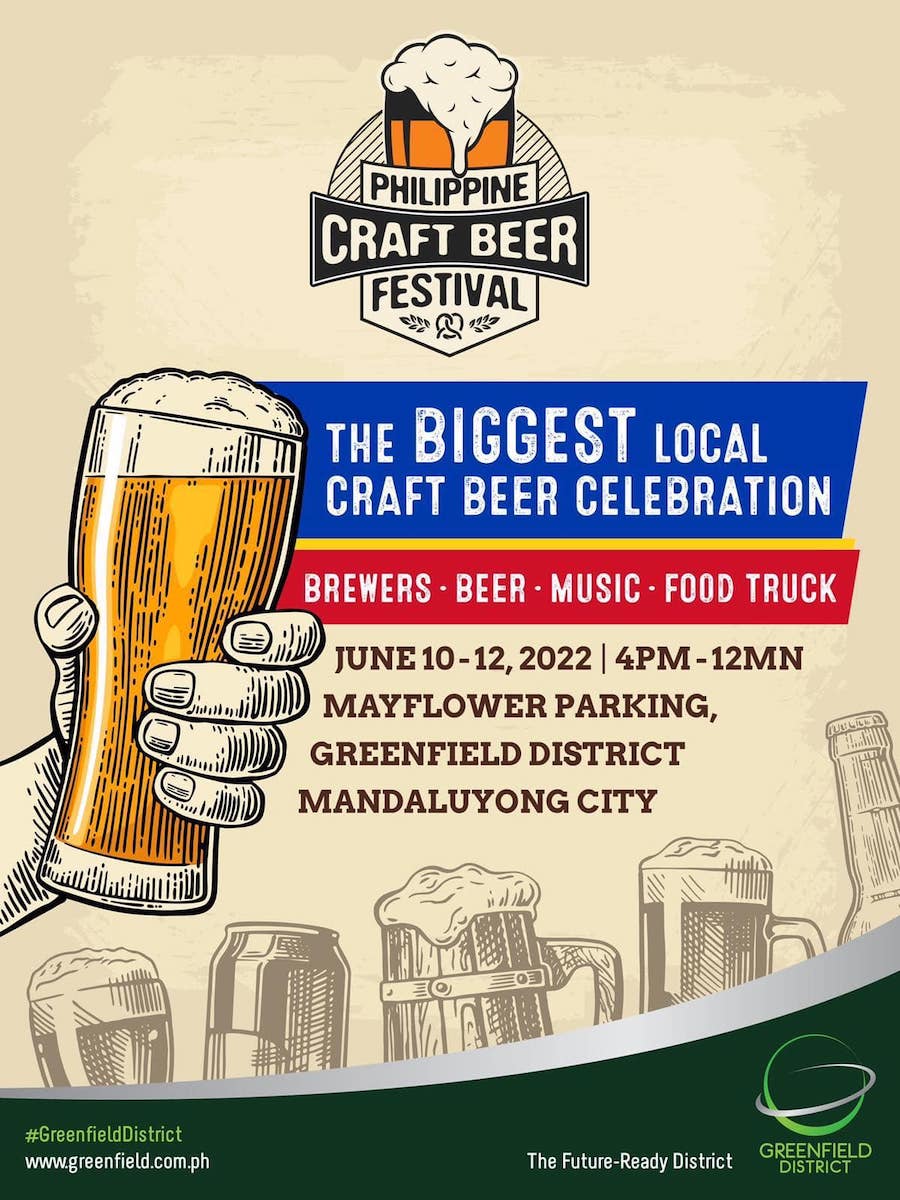 Since 2018, the MNL Craft Beer Festival is the only event in the Philippines that has consistently brought craft beer enthusiasts from across the region together in the metro, proving that Filipino beer is truly world-class and worth celebrating. With the craft beer culture slowly becoming more popular in the Philippines, the event hopes to bring in both patrons and newcomers alike.

The Philippine Craft Beer Festival also gives those based in Metro Manila a rare chance to travel through beer and get a sampling from local bars around the metro and microbreweries based in other regions of the country.

Elias Wicked Ales & Spirits, a microbrewery based in Quezon City, will be bringing their world-class craft beers and hard ciders to the biggest local craft beer celebration. Their flagship ciders including Astig Mango Cider, Hanep Guyabano Cider, and Rose Rizal Cider, are a favorite among beer enthusiasts and newcomers alike because of their sweeter and fruity taste.

Cerveza Sagada, the first craft brewery hailing from the Mountain Province town in the Cordillera Administrative Region, will also be participating in the event. The microbrerwery, which has been brewing since 2014 was initially available only in the outdoor bar at Sagada Cellar Door. The uniquely made craft beer uses local ingredients and flavors like Heirloom “Balatinao” black rice, orange zest and wild sunflower honey in their beer styles.

“This is our comeback festival event since the pandemic and we are very excited to showcase NEW brewers in the line up,” MNL Beerfest Event Director Cherry Genato said in a media release.

According to Craft Beer Association of the Philippines President Jun Flores, local brewers have consistently collaborated among each other even during the pandemic, and to gather everyone once again in one venue is something craft beer enthusiasts all over the country can look forward to.

The Philippine Craft Beer Festival is open to the public. It will be staged at the Outdoor Setup in the Mayflower Parking of Greenfield District in Mandaluyong from June 10 to 12, 2022, from 4pm to 12 midnight.