Heroes come in all forms. They are not solely confined to the pages of history textbooks. Heroes can be everyday people—teachers, medical frontliners, OFWs, parents, or a random stranger who took time to help someone in distress.

Theater practitioners are heroes, too, as they tirelessly fulfill their roles as protectors and promoters of history, culture, and the arts, especially amid this pandemic which renders the soul in dire need of nourishment.

In celebration of National Heroes’ Day, PhilSTAR L!fe talked to seven of the country’s most admired theater practitioners – from established names to the younger yet no less talented ones – as they shared their thoughts on heroism and who their personal heroes are.

Prof. Alexander C. Cortez is widely considered one of Philippine theater’s biggest names and is rightfully a living legend. In a career that spans over five decades, Cortez has been known for his skillful and incisive direction of translated works of masters and original plays by Filipino playwrights. Among his best-known productions are Atang, St. Louis Loves Dem Filipinos, and Shakespearean works Richard III and Measure for Measure. 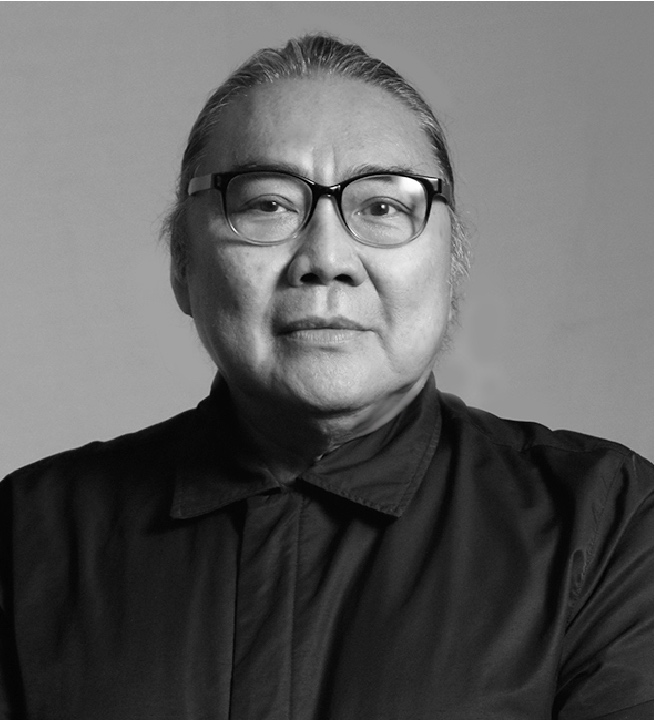 For Cortez, “A hero is magnanimous whether in victory or in defeat; one who toils hard and whatever he reaps he shares it with others voluntarily.”

Aside from his inay and tatay, Cortez says that his personal heroes are those who manage to elevate themselves from obscurity to acclaim despite lacking in material wealth and comfort, “Whatever they lack they compensate for by believing in themselves without arrogance, rather with fierce determination”. He adds, “My personal heroes are real human beings who taught us faith in God, respect for our country and family, instilling the eternal values of selflessness, humility, perseverance, charity, and utmost discipline.”

Acclaimed theater actor and singer Prof. Banaue Miclat-Janssen comes from a family of artists – the daughter of celebrated writers Alma and Mario Miclat, and younger sister of renowned poet and painter Maningning. She describes a hero as, “... a human being who is willing to make sacrifices and make tough choices for the greater good, probably at the expense of their own lives, and even if their hard work may not be recognized in their lifetime.” 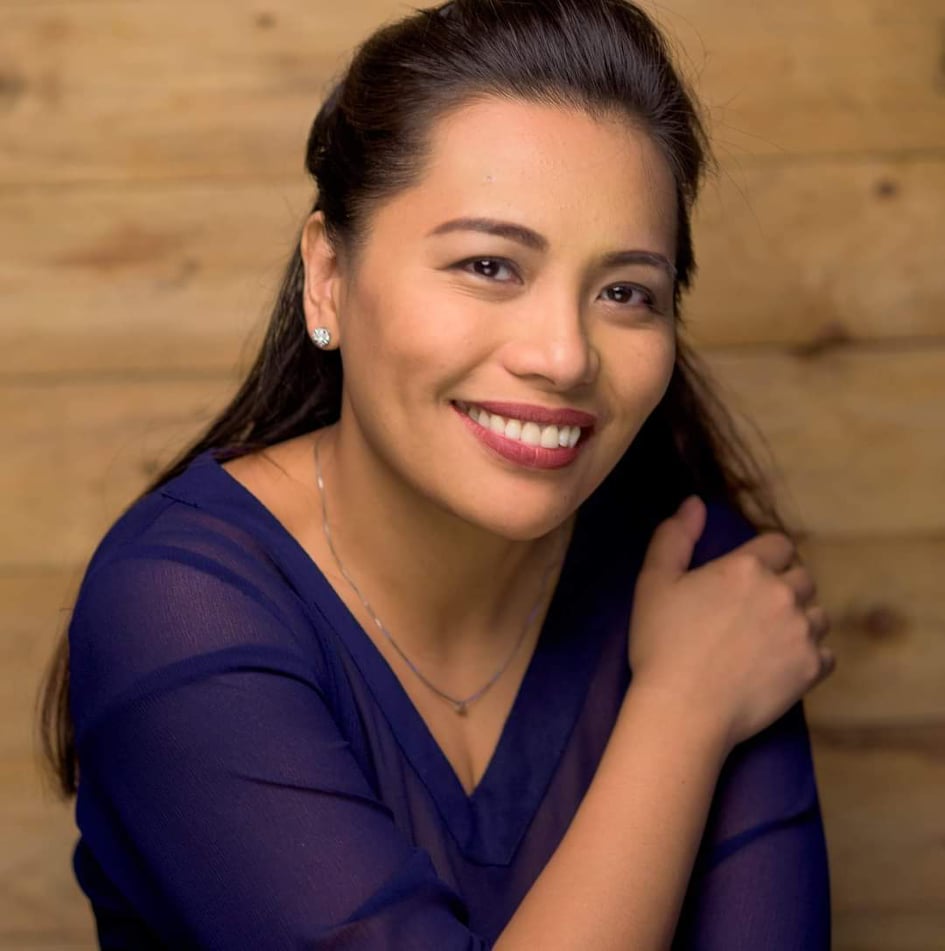 Miclat-Janssen considers José Rizal, Apolinario Mabini, and Barack Obama as her personal heroes, “Rizal and Mabini did so much for the greater good of the country. Hopefully, the younger generation will understand their writings about our country’s diseases more deeply than the past 100 years’ generation has done, and finally find a way to cure them.” On Obama, she says that the former POTUS is blessed to have his work and love for his country and humanity recognized in his lifetime, “Alive, he can continue his fight for a better world.”

Adriana Agcaoili is a veteran actor, writer, and host, who over the years has played memorable roles on the stage such as Anne Frank and Helen of Troy and has worked with legendary directors from Behn Cervantes to Tony Mabesa. F​or Agcaoili, “A hero may be an ordinary person endowed with extraordinary qualities. Defining characteristics are a sense of selflessness and oblation, a willingness to offer up his or her best, to sacrifice even, for the welfare of others.” 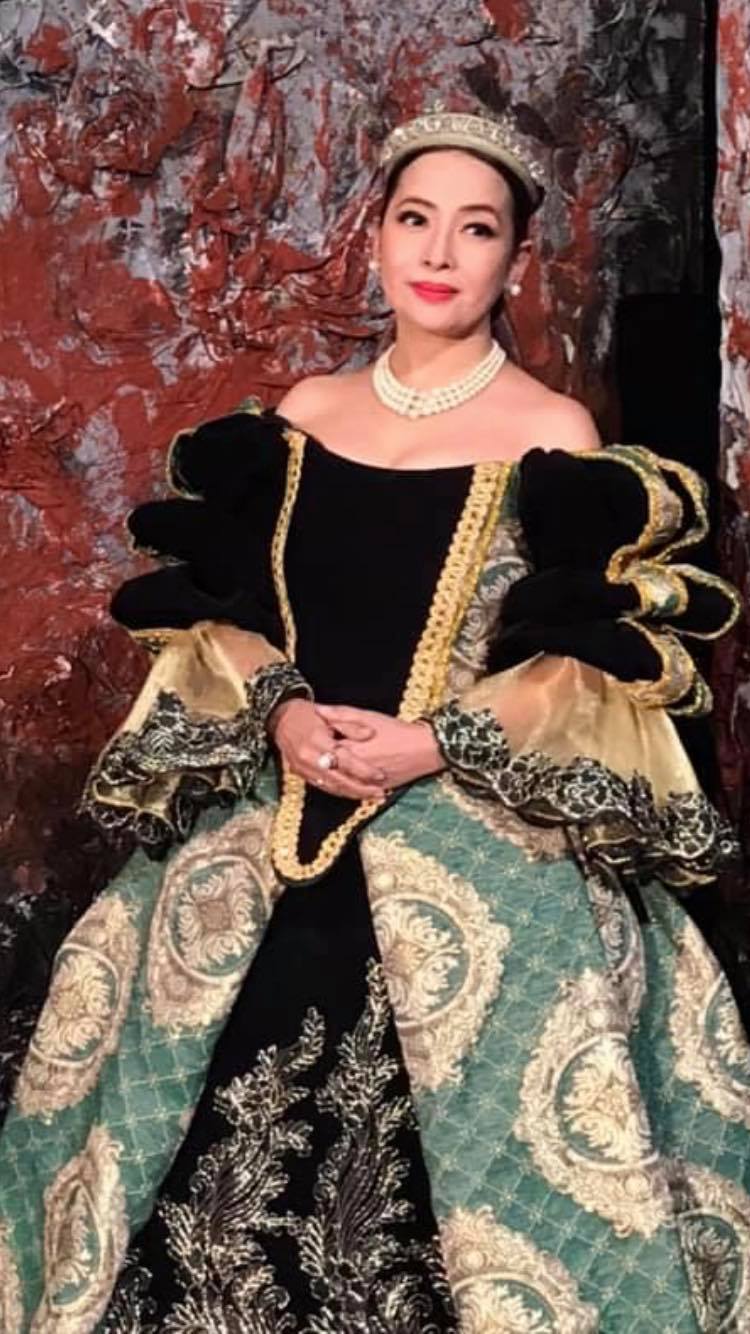 Among our country’s freedom fighters, Agcaoili’s imagination has been captured by Teresa Magbanua, whom she says, “cut a thrilling figure in my young mind as a college degree-holder who chose a suitable spouse, and an expert marksman leading troops on horseback against Spanish forces.” Likewise, her parents gave her a firsthand view of what values should be emulated. Her mother showed her how to treat everyone with a remarkable combination of kindness and grit; while her dad, a writer, war veteran, and Death Row survivor, taught her valor, empathy, and the beauty in sacrificing many things for one’s ideals and beliefs.

Ohm David is a respected stage designer known for creating spaces and environments for productions, museums, and installation art both here and abroad. David was named one of the most productive artists of the University of the Philippines in 2016 and he designed the scenic elements of the 2019 Southeast Asian Games Opening Ceremonies in the Philippines. On heroism, David shares that, “Heroes are individuals who do not want or choose to be heroes, but unknowingly, serve a higher purpose by inspiring generations through their hard work and passion.” 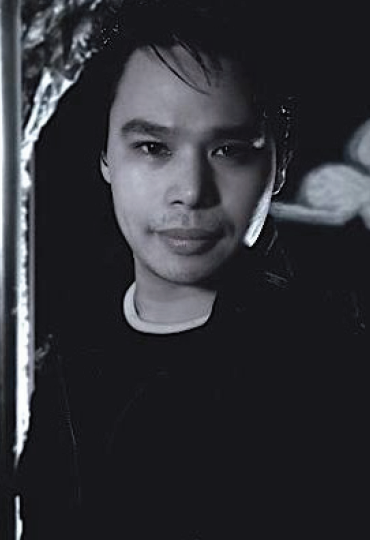 Among his personal heroes are Tony Mabesa, Anton Juan Jr., Amiel Leonardia, and Amelia Lapeña-Bonifacio, “Their passion for the performing arts not only led them to doing what they love, it has led to a revolution of sorts, in how future generations of theater practitioners look into the art. By teaching tirelessly and promoting theater as an academic institution, they created an industry of theater artists.”

Theater, TV, and film actor Teetin Villanueva recently appeared as a cast member in the online streaming of the critically acclaimed jukebox musical Rak of Aegis. 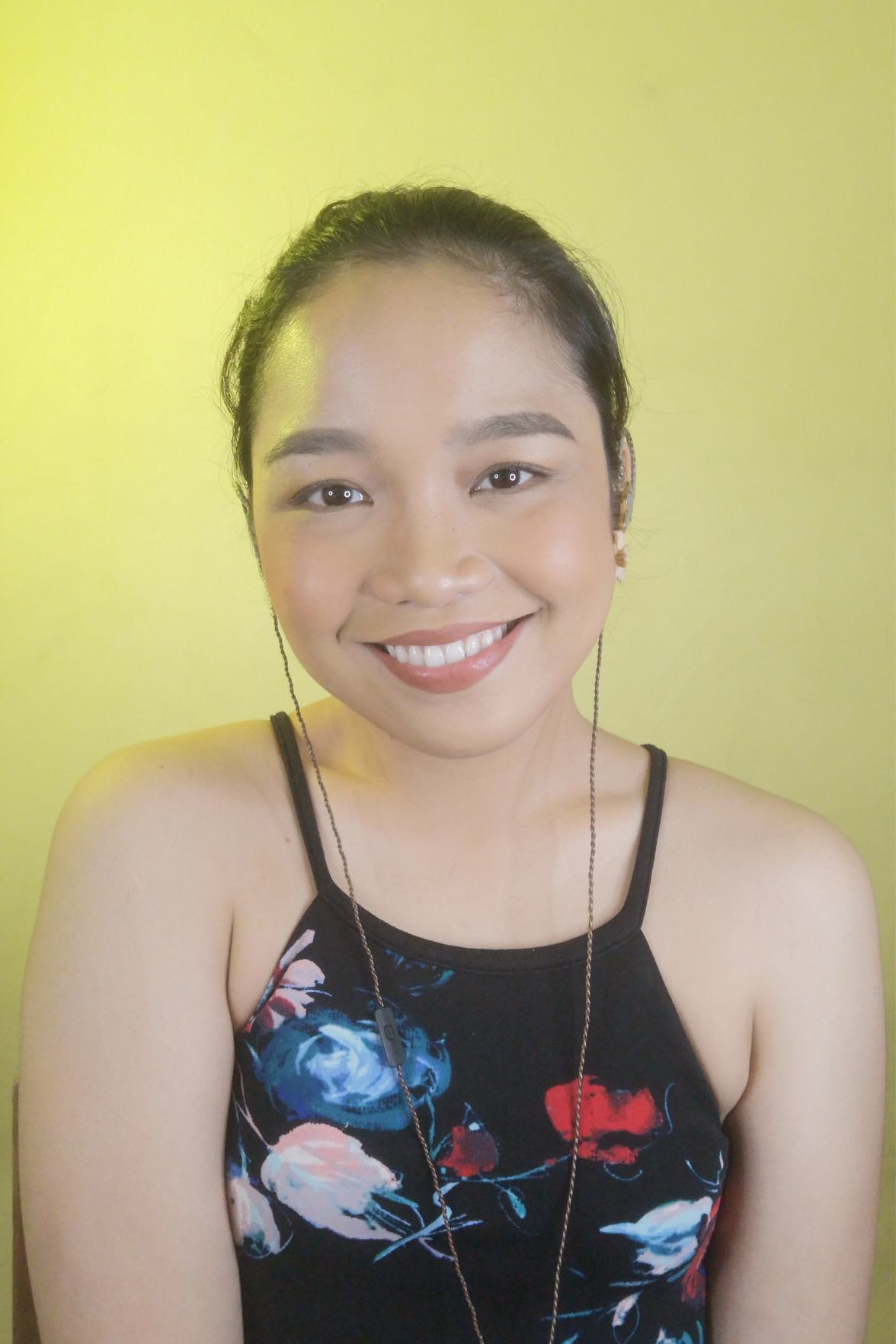 The multi-talented Villanueva, who is also a teacher, voice talent, choreographer, and host, describes a hero as, “Someone you look up to because of character, achievements, and way of living. It can be people you know from a distance, and it can also be people with whom you've shared experiences with. These people have a special place in your mind and in your heart.”

She considers her parents as her personal heroes, “They have saved me countless of times and they serve as my role models in many aspects of life. They are achievers in their fields, yet they remain humble. They are the best parents and grandparents.” Villanueva credits her parents for teaching her kindness and compassion, to never stop learning, and to value time with your loved ones. “They are the most generous and genuinely kind-hearted human beings you'll ever meet,” she adds.

Freelance theater choreographer, director, and actor, Stephen Viñas has seen his promising career grow and expand over the past years with the hugely successful Ang Huling El Bimbo the Musical as his most recent production as associate choreographer and actor. 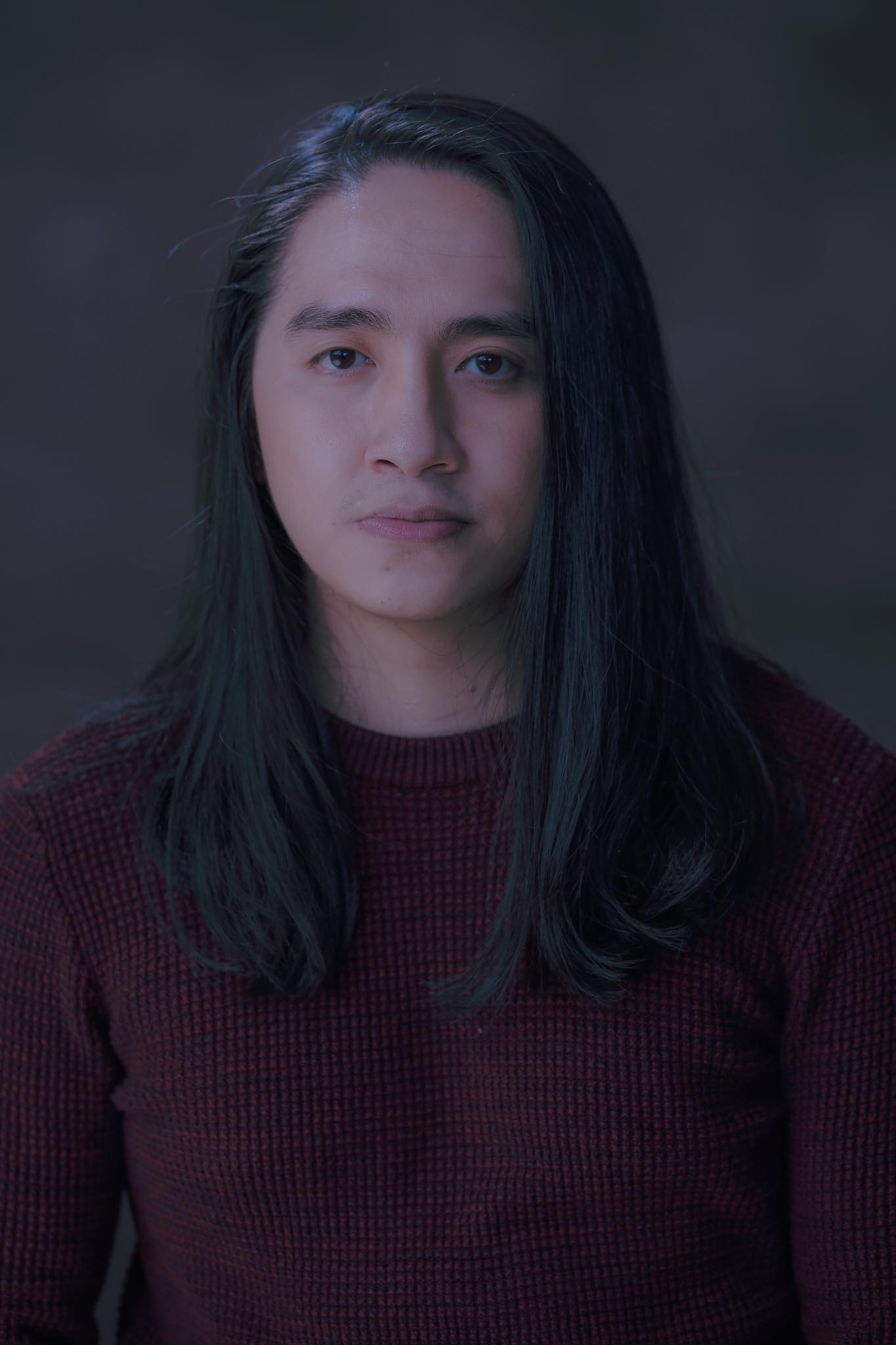 Viñas says that a hero is someone willing to put others first before themselves, “Someone who listens and gives time to those who are in need. Helping without expecting something in return. It could be a person or an event in our lives that we can reflect on.”

“My hero is my Mama,” shares Viñas. “I can see Gabriela Silang in her. She is fearless, full of hope, and understands the consequences of every action she does. She is the sole reason why I am still here, surviving and fighting. She is my Mama and Papa at the same time.”