It’s already been months since the PlayStation 5 and Xbox Series X|S officially made their debut in the gaming community. Unfortunately, both consoles remain sparse as scalpers continue to hoard and resell them at huge mark-ups.

On the other hand, PC enthusiasts are also facing similar issues from their end. Those who prefer gaming rigs over consoles also struggle to get hold of the latest graphics card like Nvidia’s new 3000 series as CPU and GPU supplies still can’t keep up with the overwhelming demand due to the lingering effects of the pandemic.

With both options continue to be in scarce supply, browsing for a gaming laptop would probably be the next course of action. Although they don’t come cheap for obvious reasons, gaming laptops are the logical choice for those who’d like to have all the bells and whistles of a high end PC in a compact chassis.

If you are considering this alternative, then you might want to check out MSI’s new line of gaming laptops. There’s a whole bunch of new products that the Taiwanese tech company recently unveiled. But in this article, we’ll put the spotlight on the GP66 Leopard.

Luckily, I was able to test out this machine prior to its official launch. And if you want to know what type of workhorse the GP66 Leopard is, then check out my full review below.

The GP66 Leopard's aesthetic features a subtle yet sleeker jet black exterior compared to other aggressive-looking gaming laptops available today. Apart from the new hinge design and black MSI dragon logo, there’s nothing more worth mentioning about the GP66’s premium chassis. And if you think about it, toning down the GP66’s design is actually a good idea since this machine is all about performance rather than style.

Speaking of design, one key change that you'd probably notice on the GP66 compared to its GP65 predecessor is that most of its ports are now located on its rear, which include a Type-C USB 3.2 Gen 2, an Ethernet port, an HDMI port capable of 4K output at 60 Hz, and of course, the charging port.

Meanwhile, there are three USB 3.2 Gen 1 ports on the sides of the GP66, which you can use to connect your mouse or external hard drive. The right side has two ports while the left portion has another one along with a 3.5 mm dual audio jack. 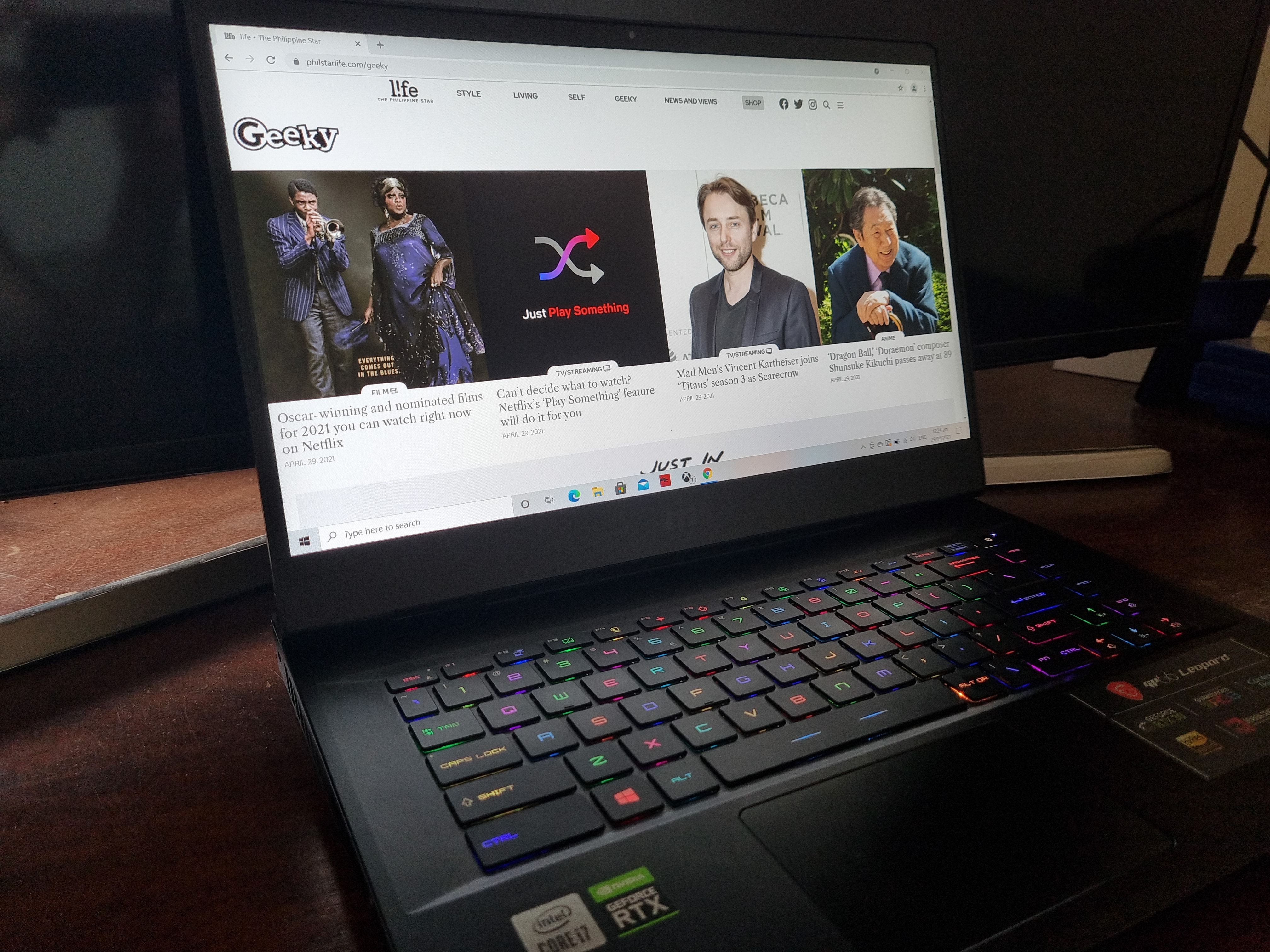 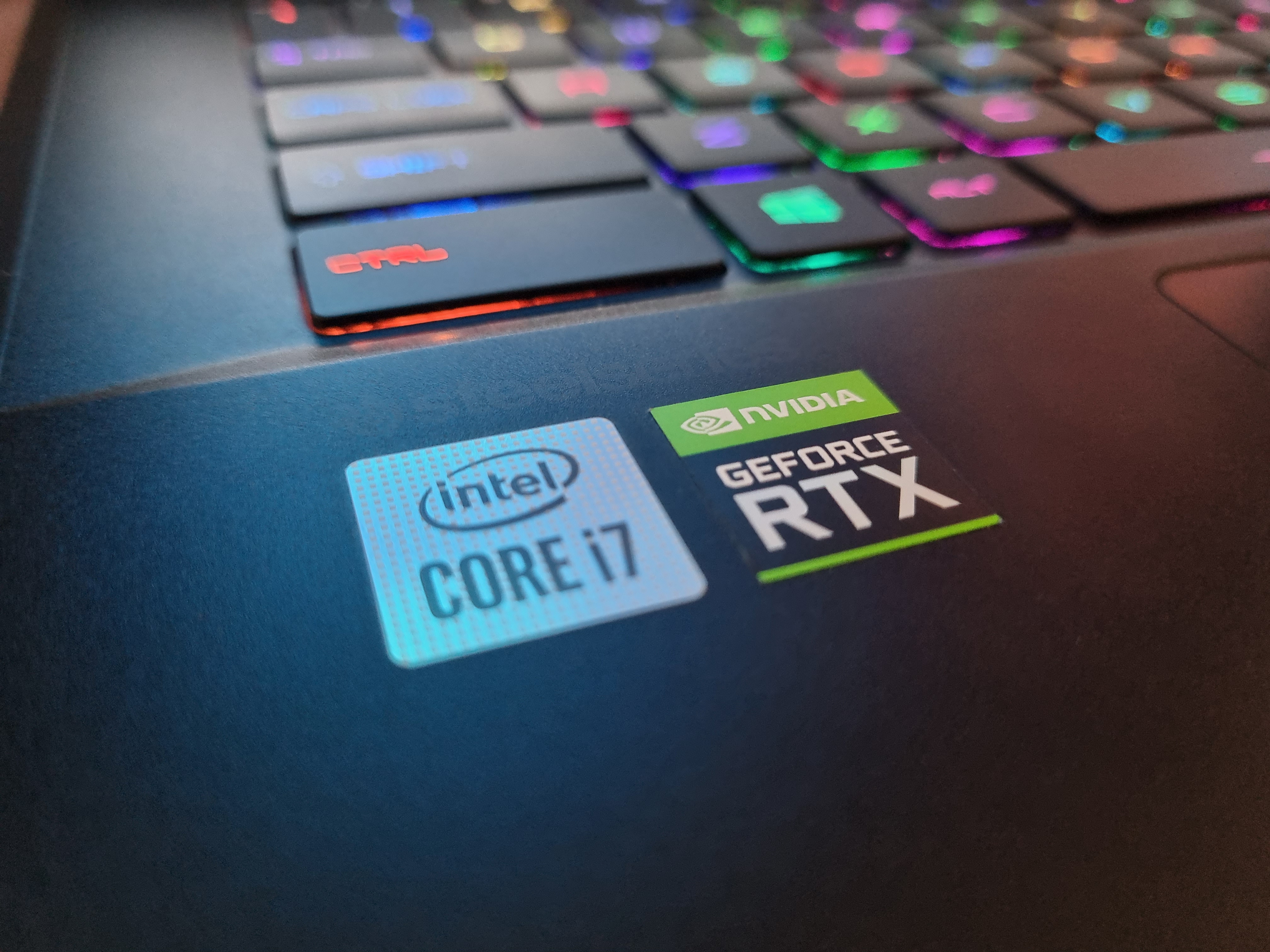 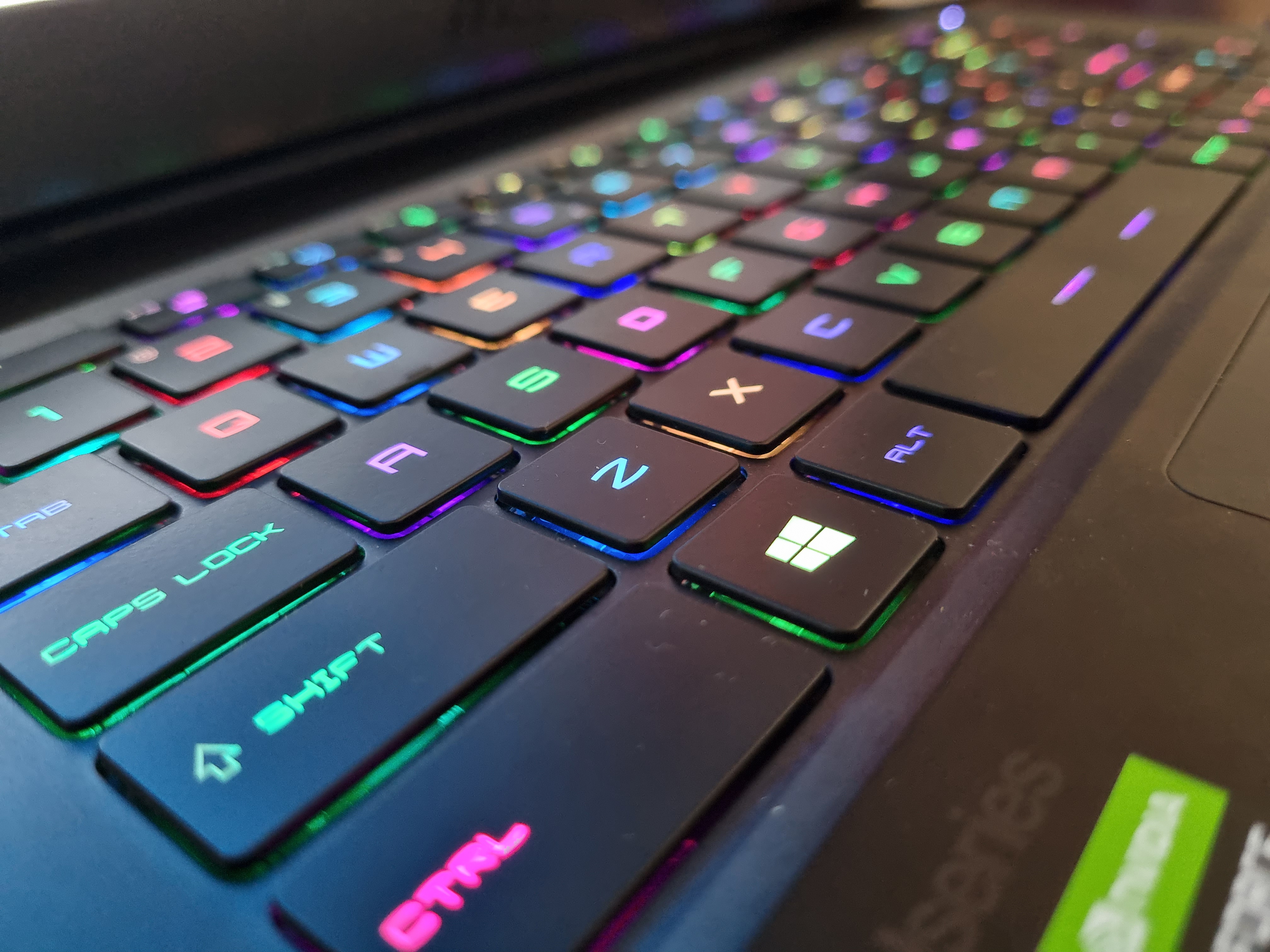 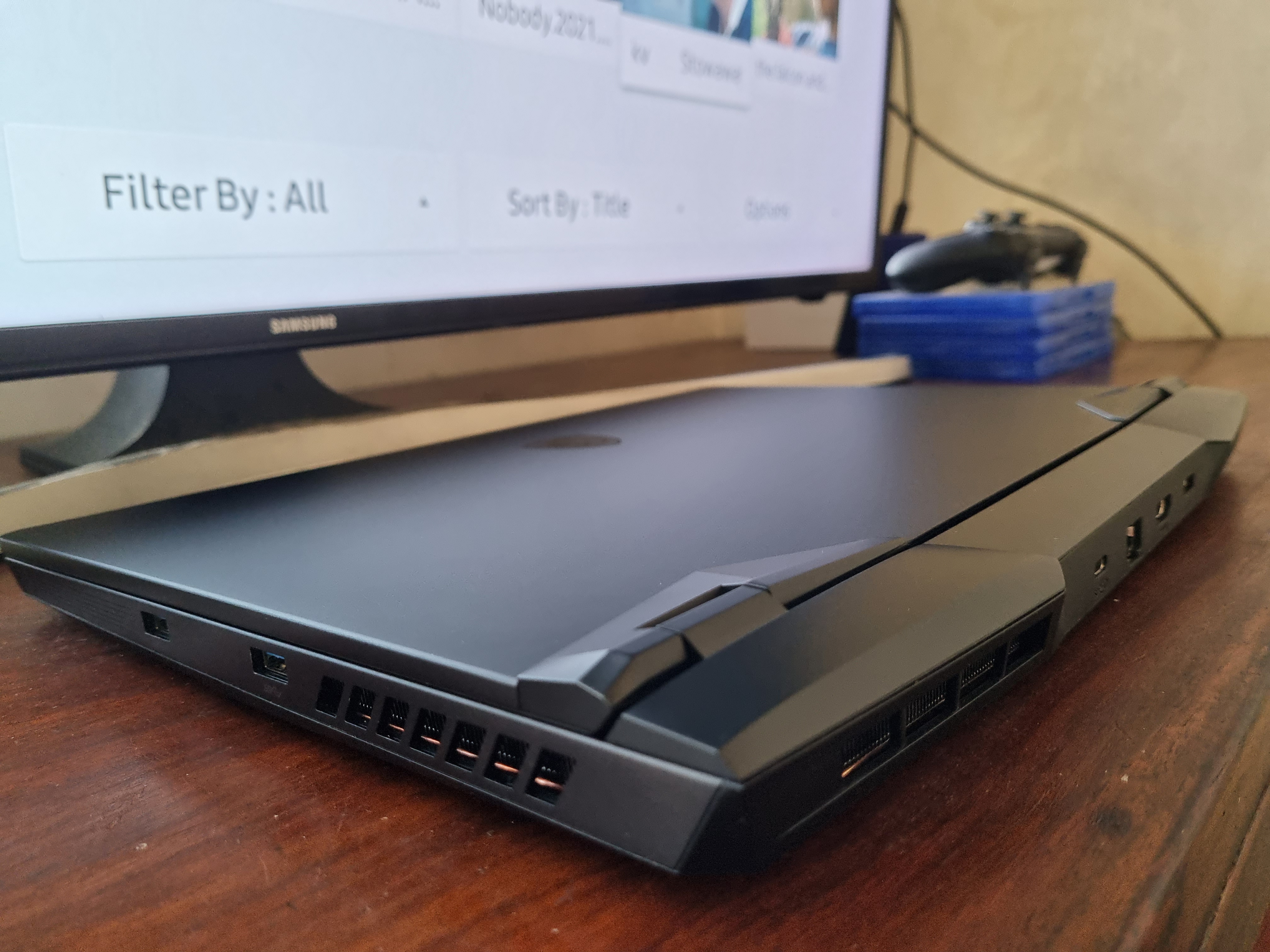 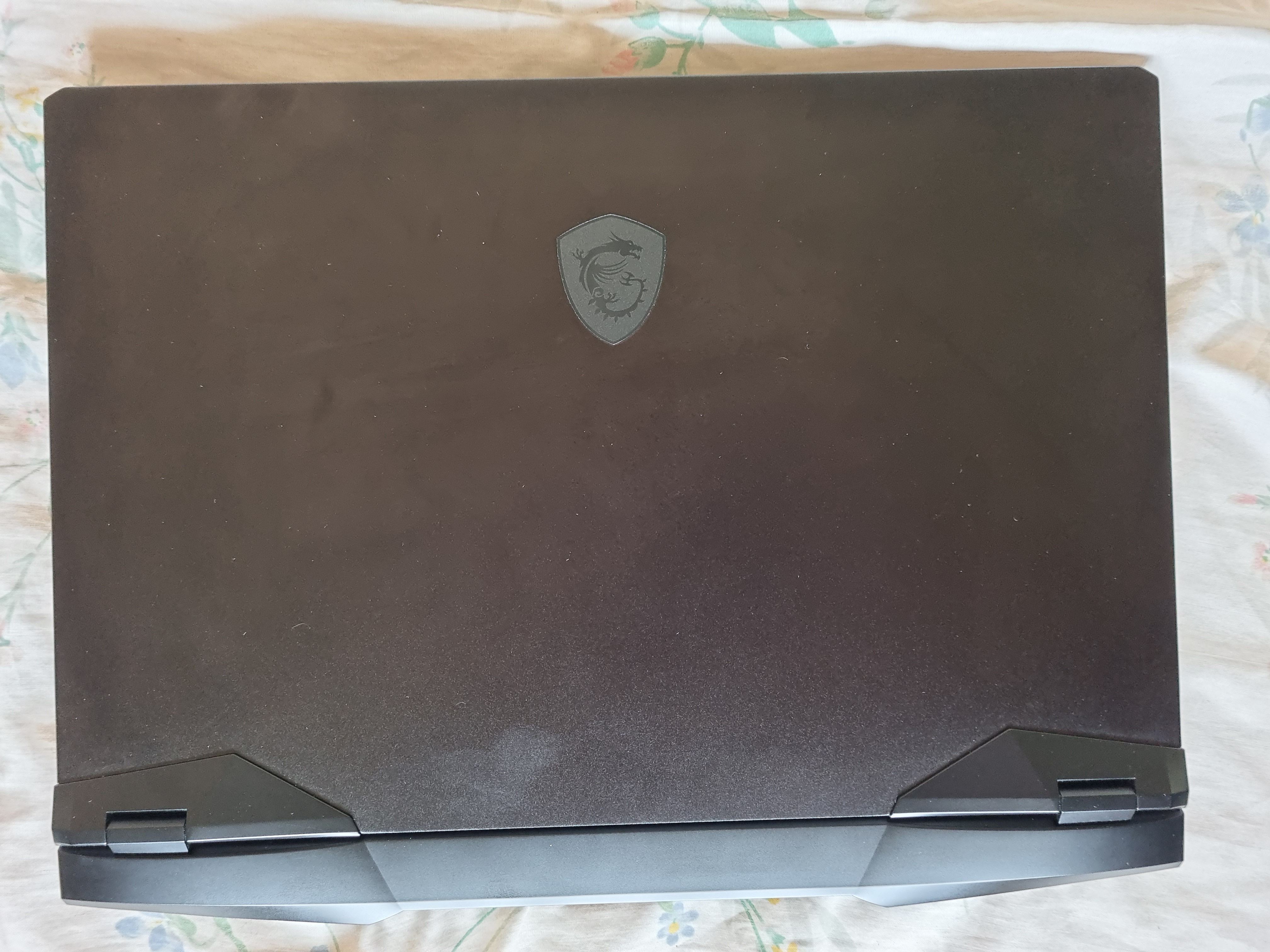 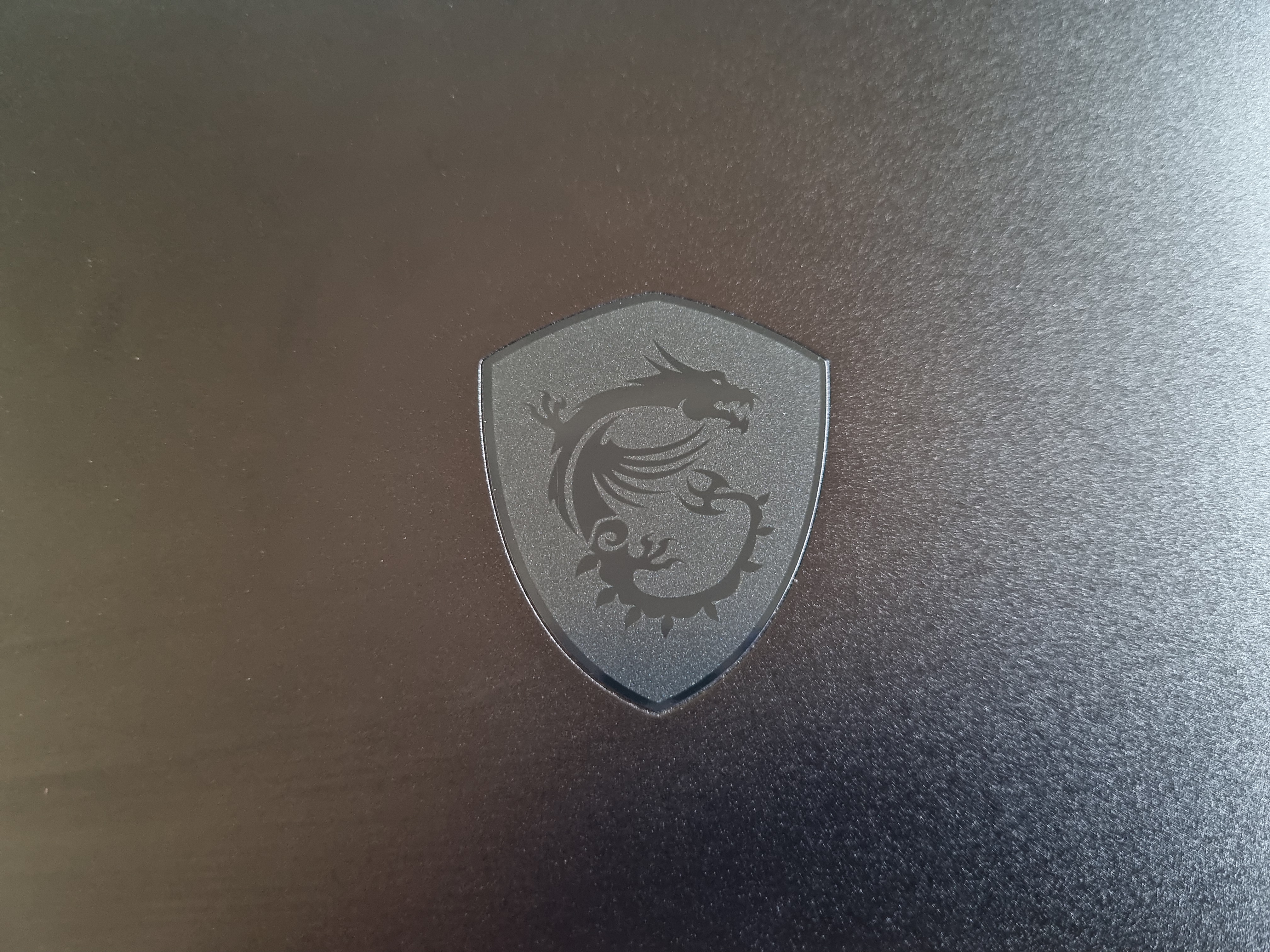 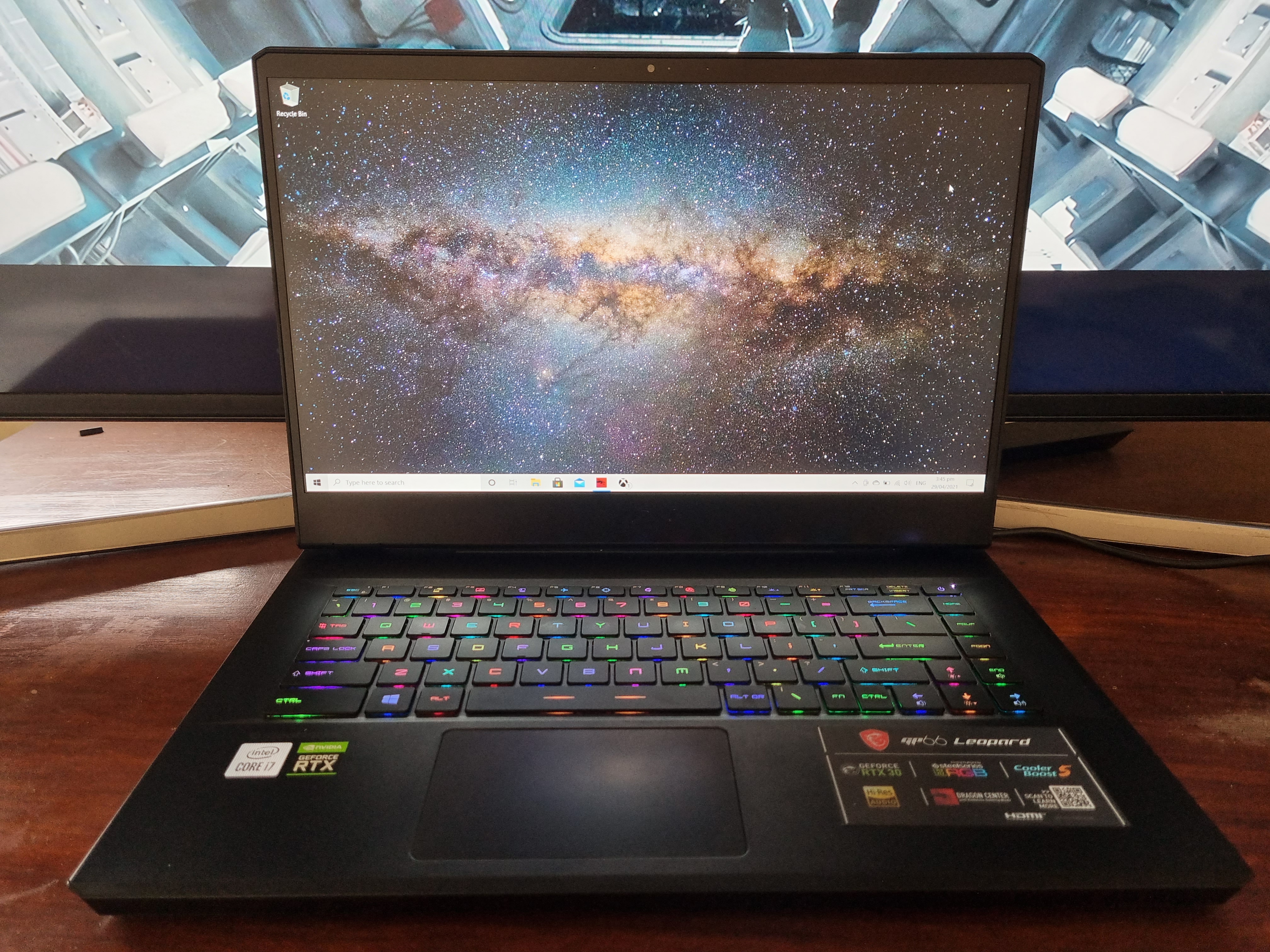 When you flip it open, you’ll see that the GP66’s 15.6-inch FHD 1920 x 1080 IPS display is surrounded with narrow side bezels. The bottom part, however, is very thick, while the top part houses a 720 HD webcam. The camera’s image quality is only average but good enough for your typical Zoom meetings.

In terms of display, it’s worth mentioning that the GP66 can only handle up to 144Hz refresh rate, a far cry compared to other MSI laptops like the GE76 Raider and GE66 Raider, which can offer faster refresh rates of up to 300Hz. But then again, the GP66’s refresh rate is quite logical for its price point.

The GP66 also has a nicely-designed keyboard layout that’s complemented with an impressive per-key RGB lighting. In my experience, I needed some time to get used to the GP66’s keyboard when typing or playing games but that’s because my fingers have been accustomed to the clickers of a three-year old laptop.

Meanwhile, the GP66’s multi-touch trackpad is pretty smooth and responsive and gets the job done. However, the trackpad’s buttons are stiff, so you’ll need to exert a tad bit of effort when using them.

Another thing worth mentioning about the keyboard is that you also have the option to customize each key to your liking or modify it altogether. But if that’s not your thing, then you can easily choose among these RGB configurations: Aqua, Aura, Chakra, Disco, Drain, Free Way, Rainbow Split.

As for dimensions, the GP66 measures 0.92 inches thick and weighs 2.38 kilograms. Like other gaming laptops, the GP66 is small enough to fit in most types of bags but could easily wear your arms down if you try to carry it around for more than a minute.

When it comes to playing games, the GP66 Leopard has proven itself as a worthy successor to the Leopard line. Most of the graphically-demanding games I tested on the GP66 Leopard over the past two weeks easily surpassed the 60 frames per second threshold.

With the help of MSI's extreme performance and gaming mode feature, playing Call of Duty: Warzone with graphics settings set to highest yielded around 125 frames per second, while Apex Legends, another fan-whirring first-person shooter, also looked fantastic at 135fps.

As for the battery department, the GP66’s four-cell, 65Whr brick would typically last around three and a half to four hours while doing normal tasks like browsing, typing, streaming videos and music. Using it for games without the charger, however, will give you around 2 hours of playing time.

Additionally, the GP66 Leopard also comes with MSI’s Cooler Boost 5 system, which includes two fans and six pipes that minimize the heat and maximize the airflow inside the chassis. This feature is quite effective and constantly cooled down the GP66’s temperature throughout my testing period. As for the fans, they were dead silent when I’m doing common tasks like browsing and typing but would roar back to life when I’m putting work on the RTX 3060.

Aside from the short battery life, the GP66 Leopard is a great desktop alternative as it has all the essentials you’ll ever need in a gaming companion. All things considered, MSI’s latest Leopard offering is an absolute powerhouse that you can rely on in any type of workload.

Yes, it may have an expensive price tag, but considering that it comes with an Nvidia 3060 graphic card and an Intel  i7-10870H processor, the GP66 Leopard is definitely a bang for your buck.