Pinay Hallyu lover Imee Lee had the surprise of her life when she caught sight of Cha Eun Woo and Hwang In Yeop, the two leading men of K-drama series True Beauty, during her visit to the show’s shooting location.

A full-fledged fangirl who is based in Korea, Imee, or “Mee” to her friends and followers, has been touring the set of various hit Korean shows since 2015. She chronicles them in her YouTube vlog dubbed "Mee in Korea."

In fact, Mee was previously featured by PhilSTAR L!fe for her trip to the set of Start-Up last November.

Among all the filming locations she has been to, Mee considers this year's tour one of her favorites because it was the first time that she saw the cast of a series when she was also in its set.

Her ultimate fangirling moment happened on Jan. 23 at the house of Suho (Cha Eun Woo) located inside a village in Seongnam City. Mee recounted her surreal experience in a chat with PhilSTAR L!fe on Feb. 2. 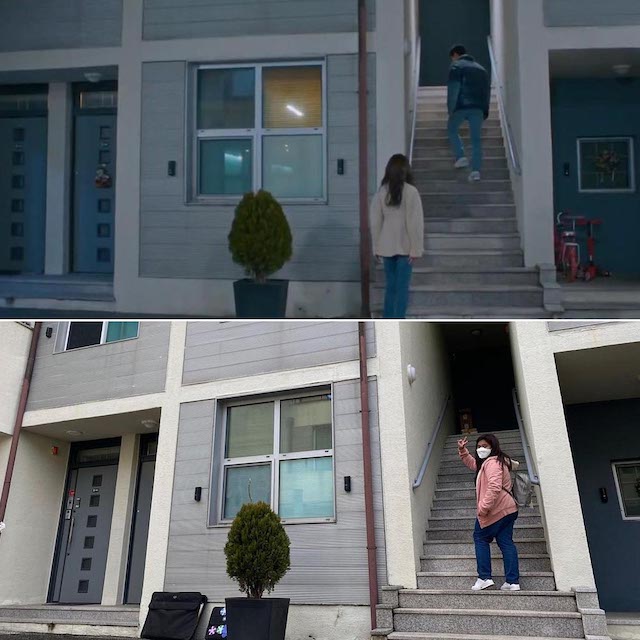 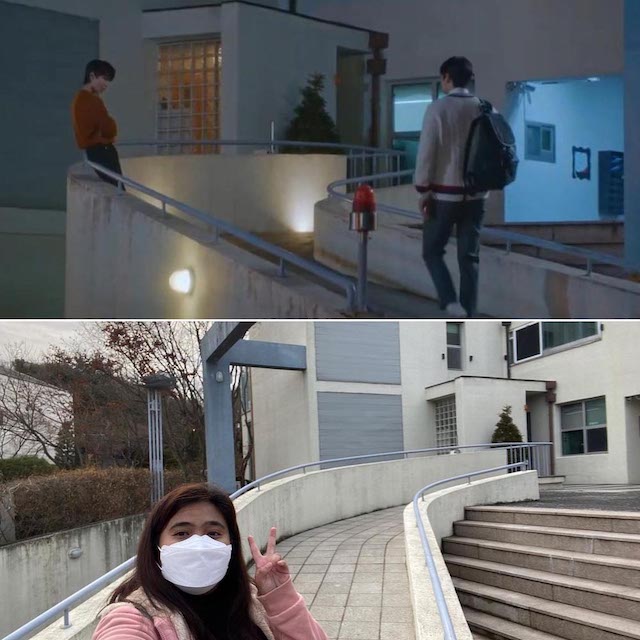 Just when Mee thought all she could do was stroll around the area, she saw Hwang In Yeop—who plays Han Seojun in the series—right across the street.

“I was really shocked that time. Literal na speechless ako noong nakita siya,” Mee continued. “Nakalapit ako sa kanya, but I was not able to take a picture with him since it's not allowed. I stayed there for a few minutes, watching him film his scene that appeared in episode 14. After that, he went inside the car.” 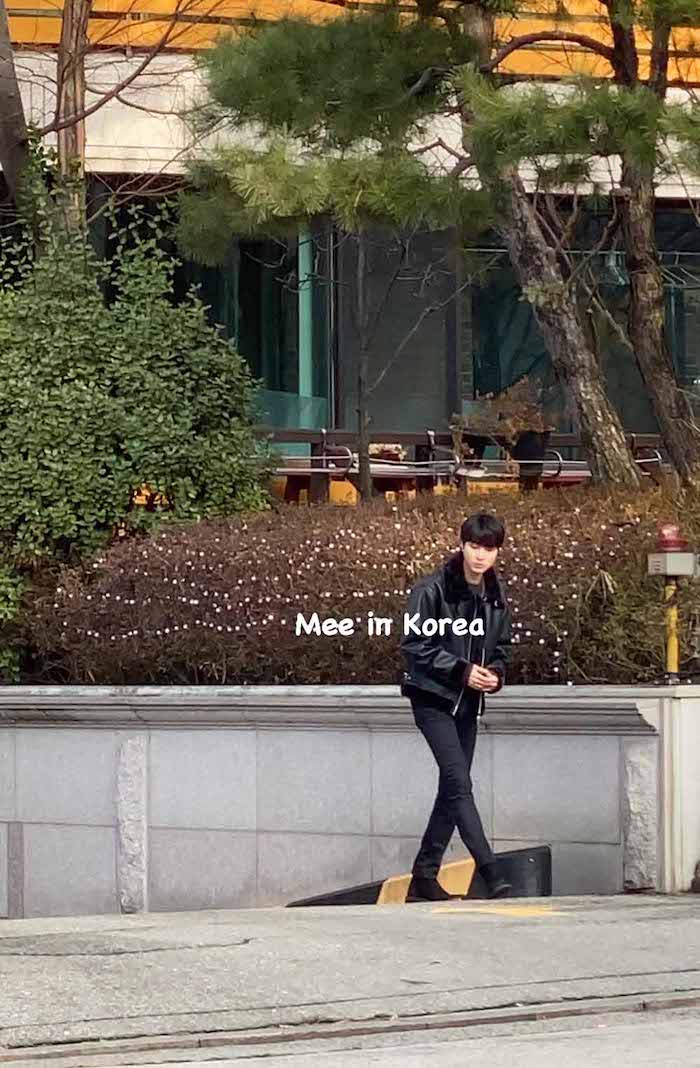 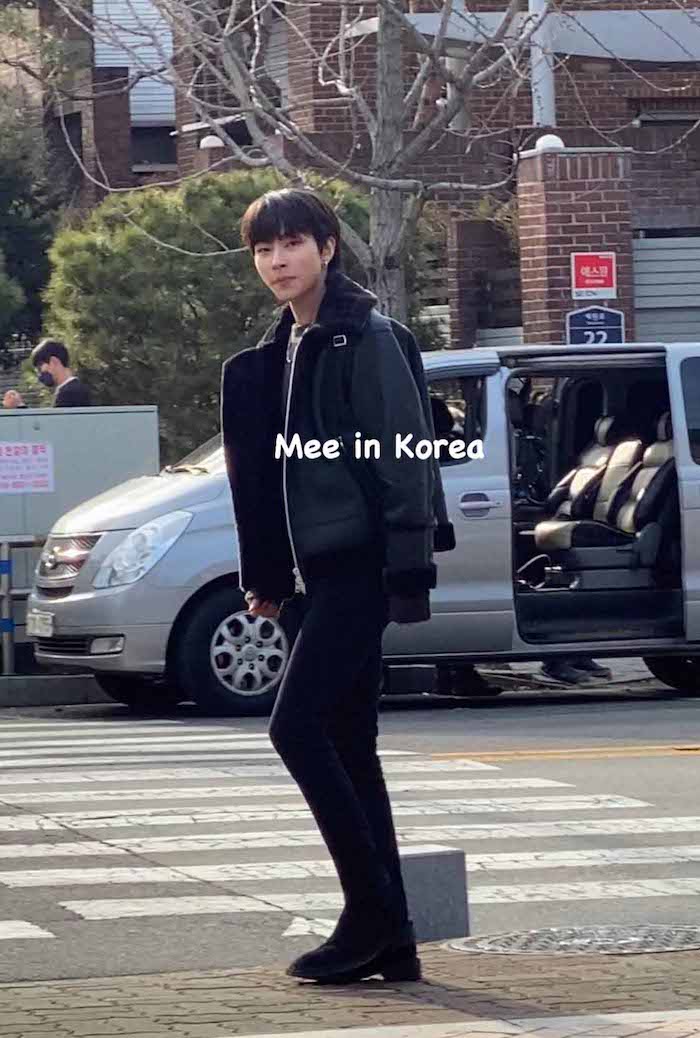 Seizing the opportunity, Mee went on to ask one of the show’s staff if Cha Eun Woo was also inside Suho’s house.

While the staff member said that the actor is not around (which the crew did for security purposes), Mee trusted her instincts and did what every fangirl would do—she waited patiently for her idol to come out of the house.

“Then after a few minutes, he arrived,” Mee gushed, adding, “They are both handsome. Nakakakilig na makita sila.” 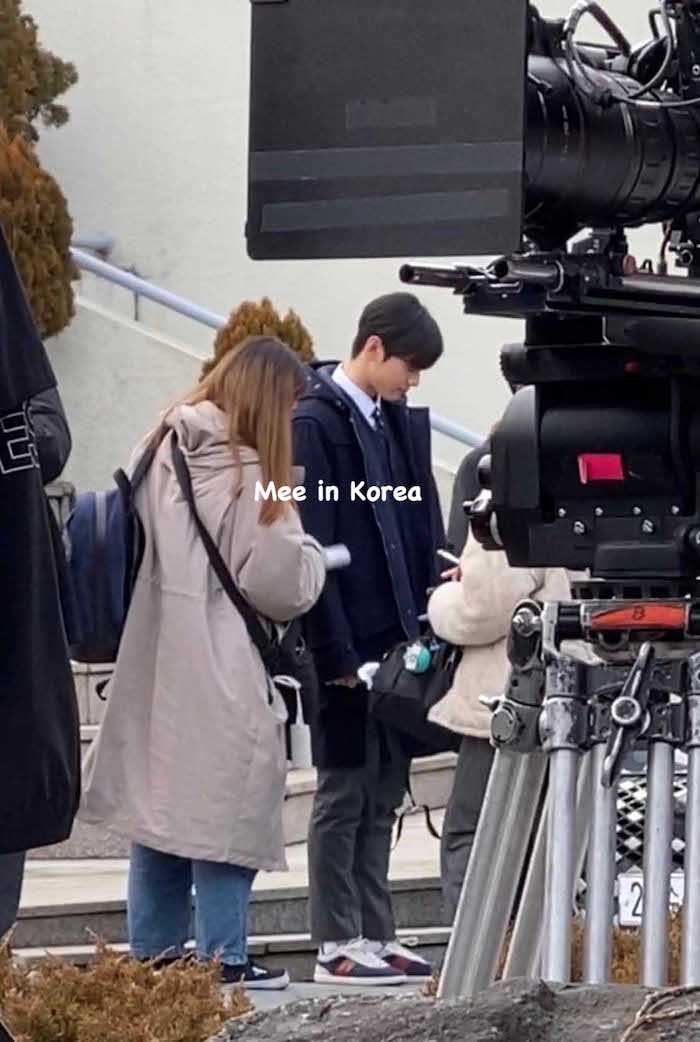 It was not the first time that Mee saw Cha Eun Woo, a member of the boy group ASTRO. “The first time I met him, noong Dec. 8, 2019. May event sila noon. Kasama niya ang iba pang members ng ASTRO," she recalled.

Earlier that day, Mee and her fellow Pinay fangirl, Yvonne, traveled to Seoul to explore the other shooting spots of True Beauty and reenact some of its iconic scenes.

Here are the places that they visited: 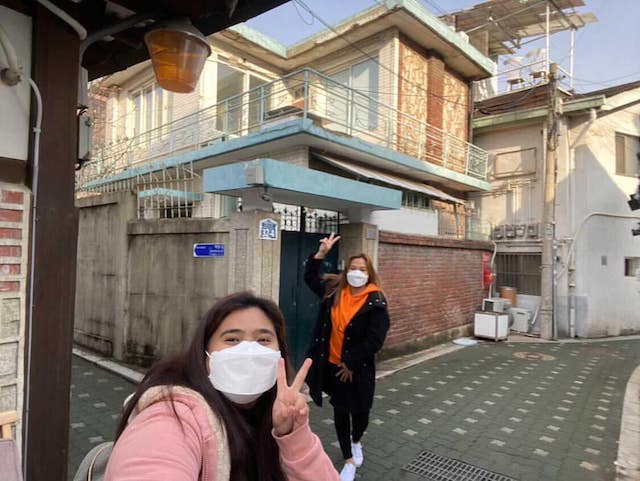 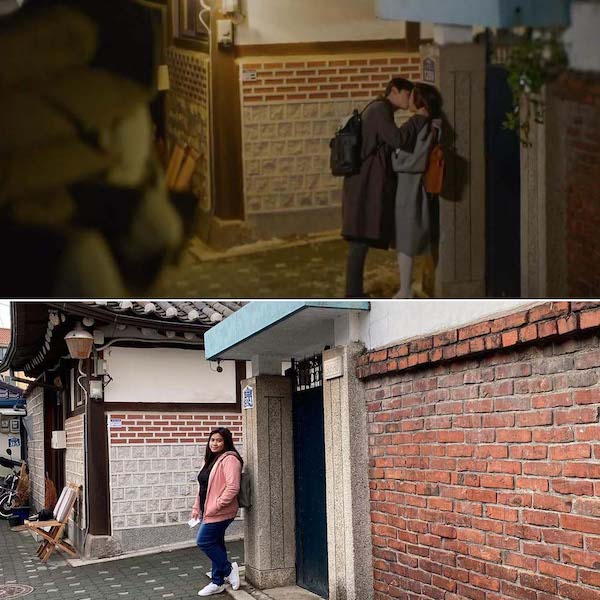 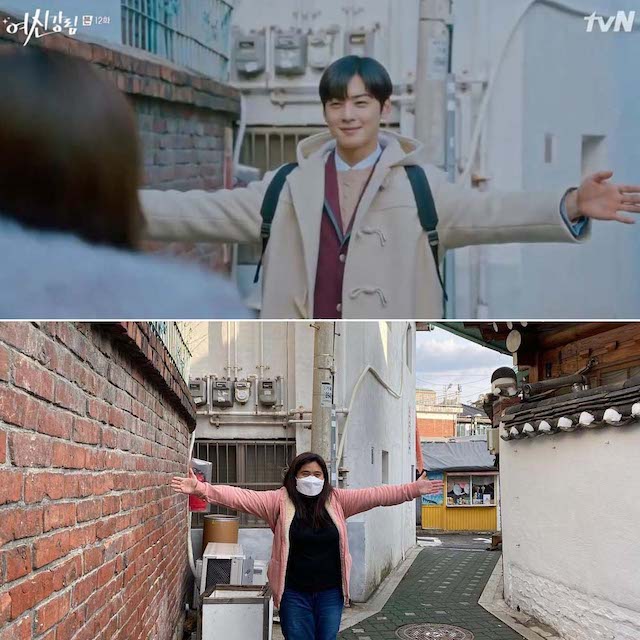 Yonsei University where Jugyeong, Suho, and Seojun are all studying 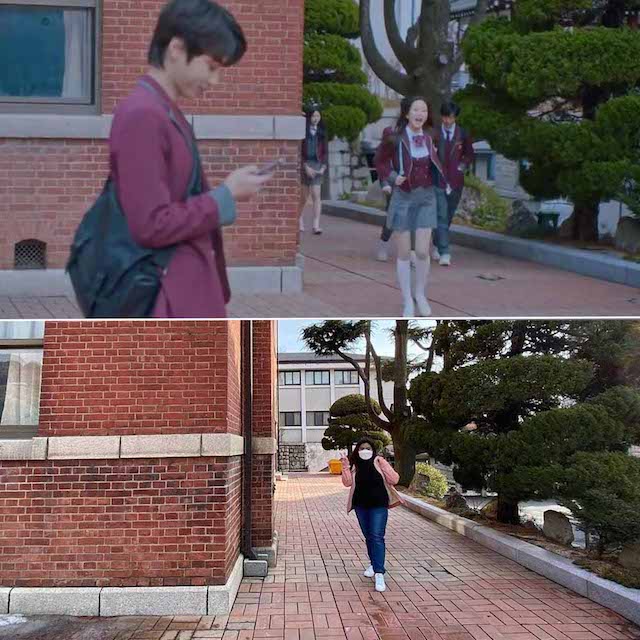 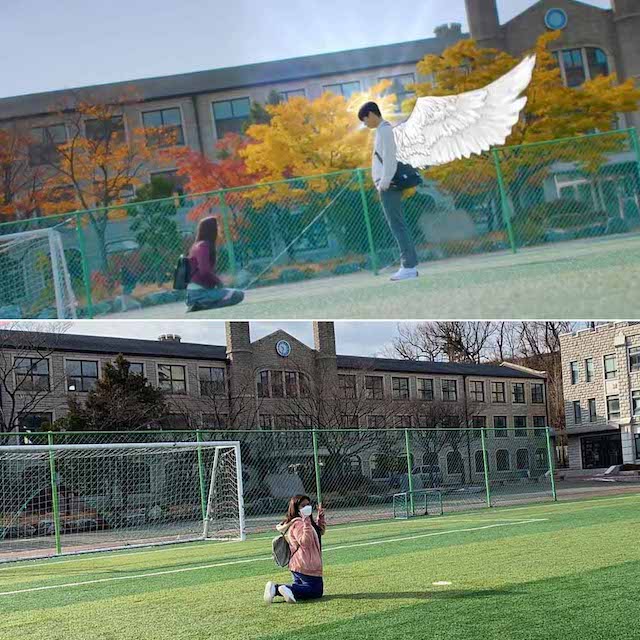 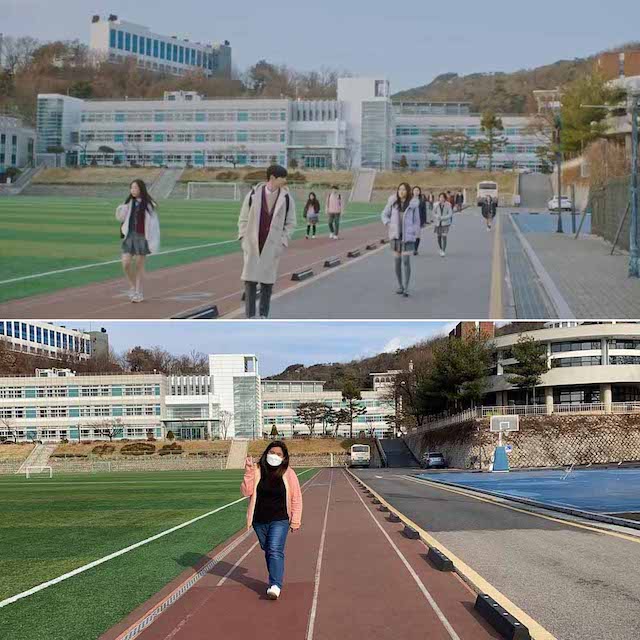 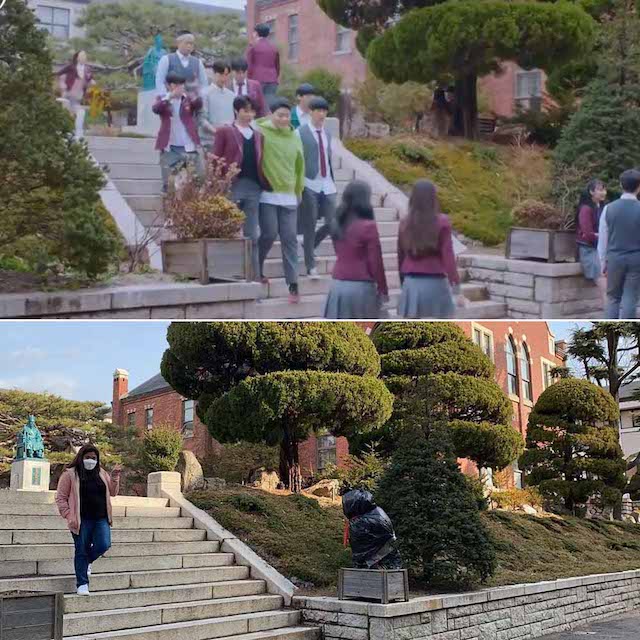 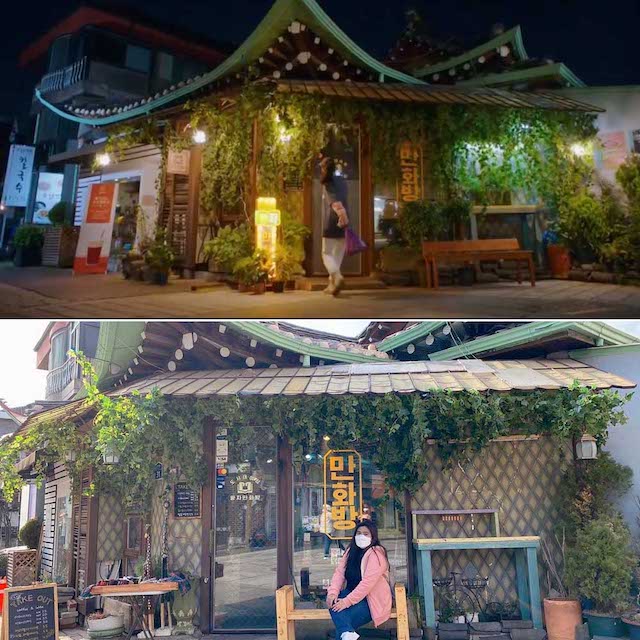 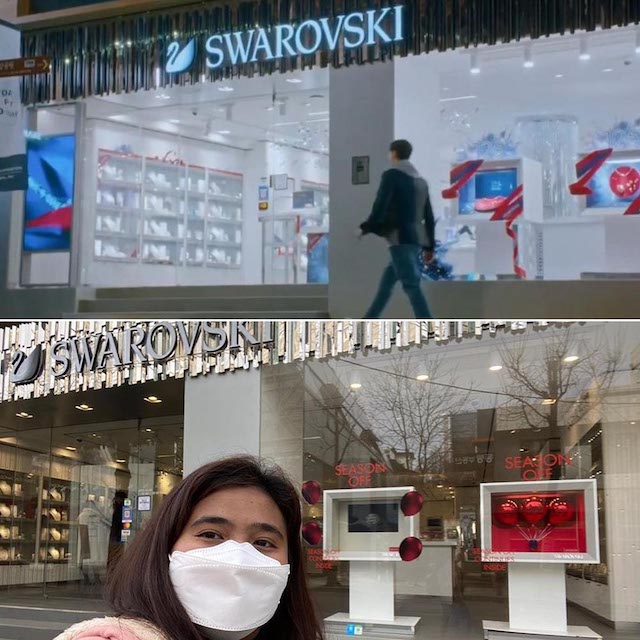 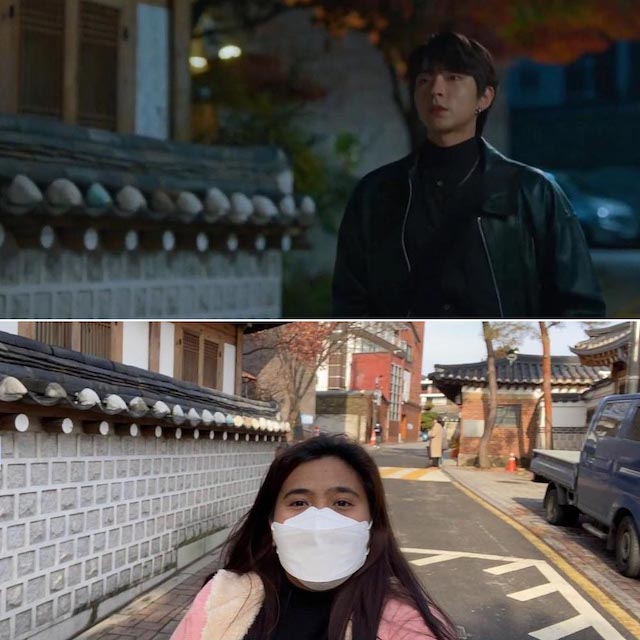 True Beauty follows the story of high school student Jugyeong, who is bullied for her looks. The teenager later transforms herself into a “pretty girl” liked by many through her exceptional makeup skills.

As she spends each day hiding her real looks, she meets snobbish heartthrob Suho. Similar to Jugeyong, Suho has his own fears and dark secrets that even cost him his friendship with his best friend Seojun. The trio soon forges an unlikely relationship as they unravel secrets and grow together throughout the series.

True Beauty began airing on Dec. 10, 2020 and releases an episode every Wednesday and Thursday on the Viu app.

Banner photos from Mee in Korea on Instagram and True Beauty on Viu.