The “Yeah, I get. Gagraduate ang anak, but the point is need pa bang picturan” meme has lit up social media.

The meme started when the now-deactivated Facebook user Merlinda Barlis commented on VP Leni Robredo’s post that showed her daughter Jillian at her baccalaureate at New York University (NYU). Since then, netizens put their own spin on the comment, with a ton of copypasta in between.

A meme is born as 'Melinda' and 'Yeah, I get it... Need pa bang picturan?' trend on social media

Here’s how celebrities and brands made their versions of the meme on the internet:

On Instagram, Saab Magalona shared a cute snap of her kids, Pancho and Vito, where she referenced the meme.

Actor and entrepreneur Richard Juan looked back on his college days at UP Diliman, sharing a series of throwback photos. “Yes I get it, graduate ng UP but the point is need pa bang picturan? Me: Yes, collage ko pa,” he wrote.

Yes I get it, graduate ng UP but the point is need pa bang picturan?

Singer-songwriter JK Labajo posted photos of himself during a motocross session with his friends. 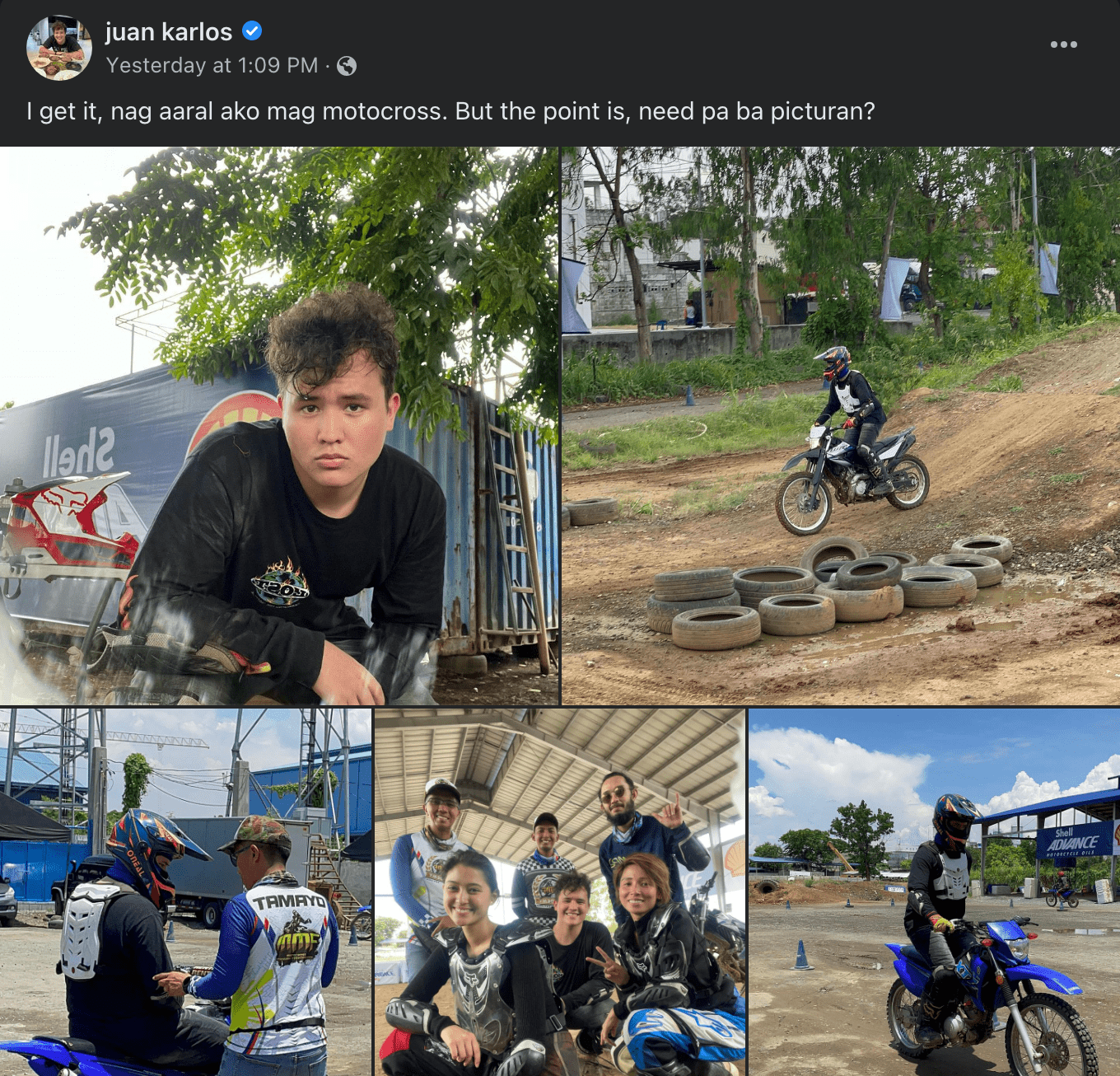 Content creator and influencer Angel Dei showed off her beach body on the ‘gram saying, “Yeah I get it, nagbeach ka, but the point is need pa bang picturan?”

Social media personality Mimiyuuuh also played around with the viral meme to endorse a skincare clinic.

VP Leni’s middle child, Tricia Robredo, posted a snap with her sisters Aika and Jillian on Instagram Stories. Putting a spin on the usual caption, she shared the meme as a sticker instead. 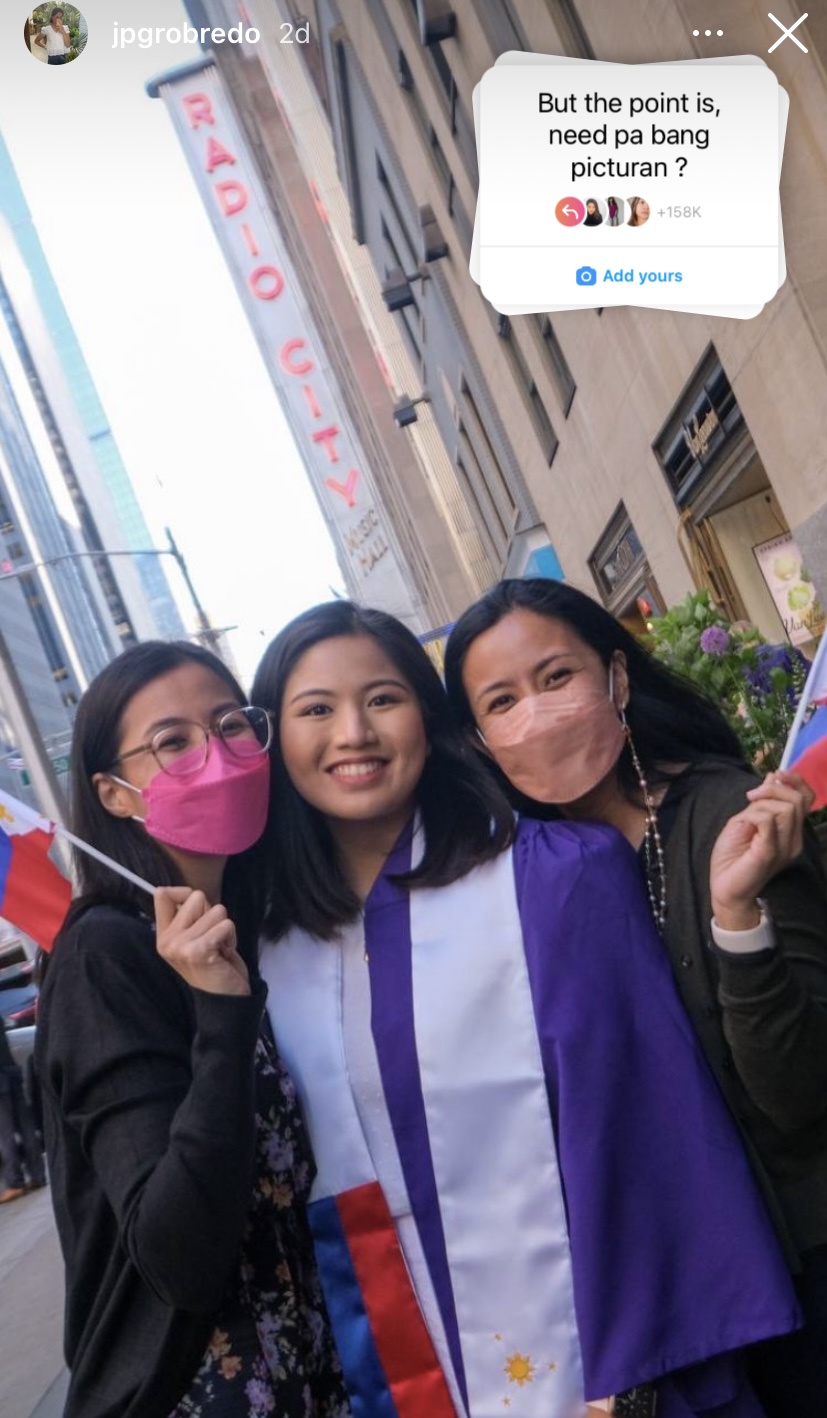 Jillian also replied to her Ate Aika and Ate Tricia’s tweets with the viral meme.

but the point is need ba itweet yan?

Even former presidential spokesperson Sal Panelo joined in the fun on social media as he congratulated the winning senators who made it to the magic 12. “Yeah, I get it. Nanalo kayong Senador, but the point is need pa bang picturan? Joke lang! Congratulations to our new Senators,” he wrote.

Panelo also shared an article from PhilSTAR L!fe in the comment section to explain where the meme came from.

Of course, brands made their own versions of the meme to attract potential customers.

Government agency Social Security System put their own spin on the meme to remind netizens that their IDs are a must for a safer SSS disbursement account enrollment module enrollment.

The Cultural Center of the Philippines joined in the fun to invite netizens to visit the newly-renovated Tanghalang Manuel Conde theater. 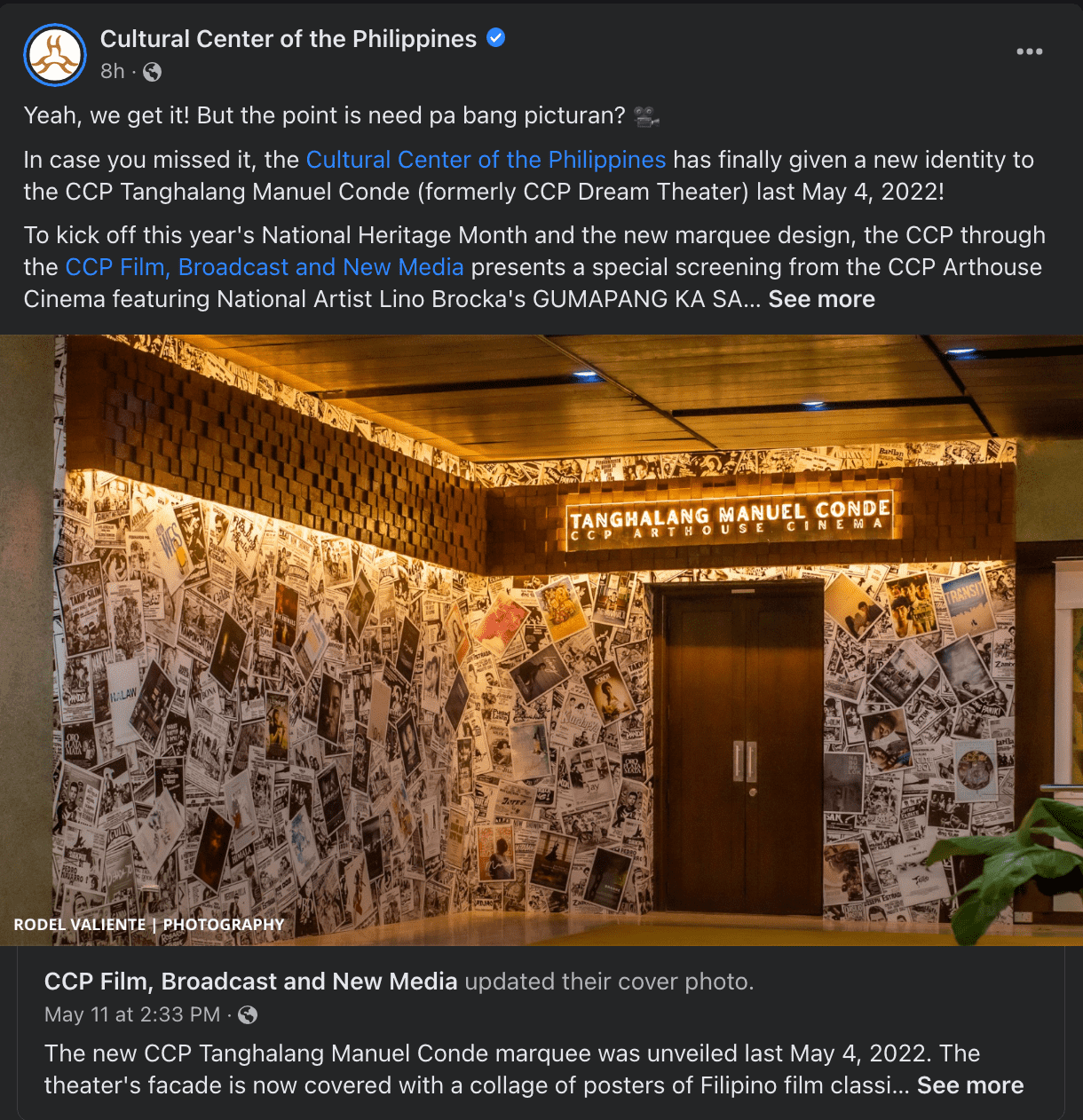 Make It Makati took to Facebook to marvel over Makati City’s skyline. “Yeah, we get it. You’ve seen this before so many times. But the point is, this iconic Makati skyline is still worthy of a photo, right,” it wrote.

Coffee, anyone? Araneta City shared a photo of the Amazon Extra drink from the coffee chain Cafe Amazon.

E-commerce platform Shopee reminded netizens that taking photos is a must for delivery drivers to ensure that a customer's parcel is delivered safely. 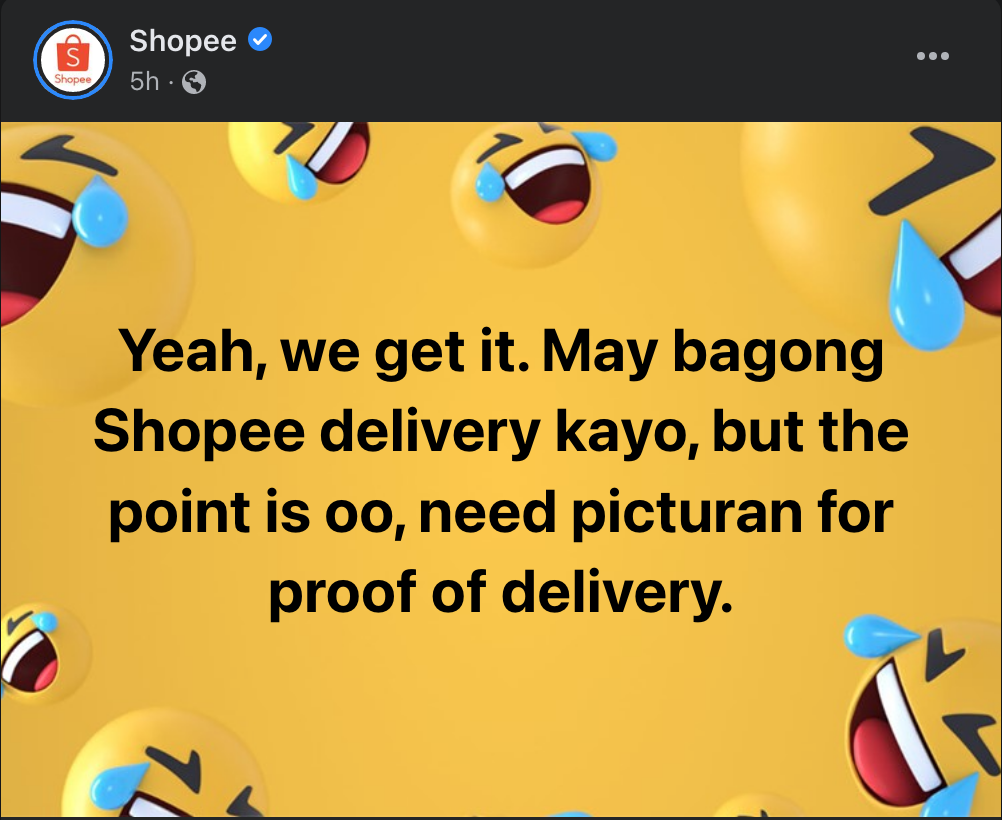