RuPaul's influence is so far-reaching, an Australian researcher named a fly species after him.

Bryan Lessard, aka "Bry the Fly Guy," from the Commonwealth of Scientific and Industrial Research Organization (CSIRO) gave a myriad of reasons why he chose to name the soldier fly after the drag icon.

“I was watching a lot of RuPaul’s Drag Race while examining the species and I know it would challenge RuPaul on the runway serving fierce looks,” he told The Guardian.

“It has a costume of shiny metallic rainbow colors, and it has legs for days. I think once (Ru) sees the fly she’ll realize it’s quite fierce and hopefully appreciate the name.” 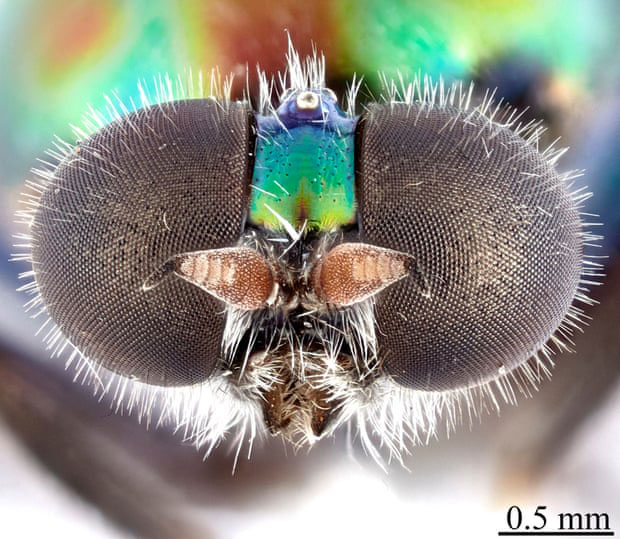 He shared that it had also been a growing practice to name insects after pop culture icons as it got people talking.

“It’s a great way of generating attention about why flies are important, to get as many people as possible talking about these species that need help, so they can be protected."

Aside from the RuPaul Fly, Lessard found 12 other soldier flies, which were affected by Australia's devastating 2019-2020 bushfires.

“We’ve probably lost thousands of species we don’t even know about in the bushfires because they haven’t been documented, when it’s so important our native species get that attention," he said.

“That’s why I want to give them fabulous names, to get people excited about them.”

And RuPaul is definitely a name people won't forget. The Emmy Award-winning TV host shared in the past that his mother gave him the distinctive name because as she put it, "Ain't no motherf*cker alive with a name like that!"

Aside from the drag legend, Beyonce also had a fly named after her in 2011.

Thumbnail and banner photo from World of Wonder, CSIRO