Although We Bare Bears ended its run with a TV movie earlier this year, it appears that Grizz, Panda and Ice Bear’s misadventures are far from over as Cartoon Network announced that a spinoff series titled We Baby Bears will debut next year.

Currently in production, the upcoming cartoon comedy series follows the story of the younger versions of Grizz, Panda and Ice Bear, who use a magical box to travel through a multitude of imaginative worlds in order to find a place that they can call home. In each episode, the trio will be transported into vibrant and colorful worlds, where they will meet “legions of familiar fairytale faces.” However, the Baby Bears will have to decide if they are going to stay or continue their journey for a permanent place that they can fit into.

Cartoon Network's upcoming series will be executive produced by We Bare Bears director Manny Hernandez along with creator Daniel Chong.

“Manny’s admiration for anime and music come to life in this fresh new expansion of a beloved franchise,” said Tom Ascheim, President, Warner Bros. Global Kids, Young Adults and Classics. “The spectacular landscapes and musical inspirations transform this new series into an unforgettable journey for all ‘We Bare Bears’ fans and beyond. And did I mention they are baby bears!”

The announcement of the spin-off series came after the release of the We Bare Bears: The Movie which served as the finale of the cartoon show.

Check out the poster of the upcoming series below: 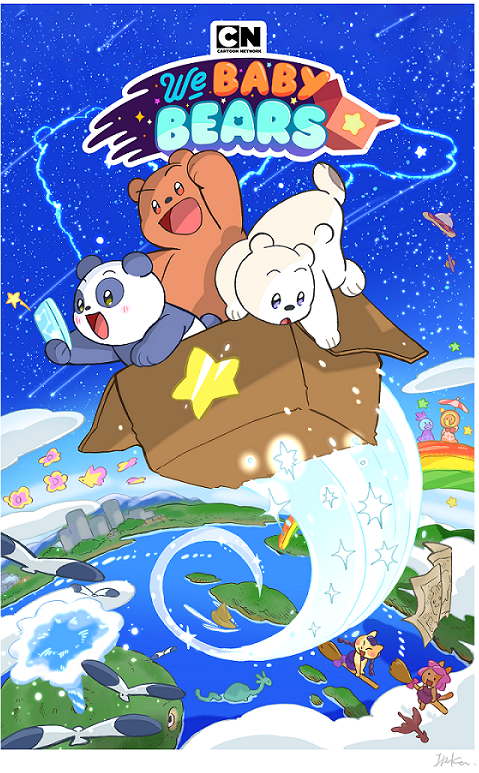 LIST: International artists coming to the Philippines in 2022 including LANY, Justin Bieber

‘Spider-Man: No Way Home,’ ‘Venom: Let There Be Carnage’ & other Sony films get AXN Asia release