Celebrities share their joy with Kris Aquino as she announced her engagement to Mel Senen Sarmiento on Instagram on Sunday, Oct. 24. 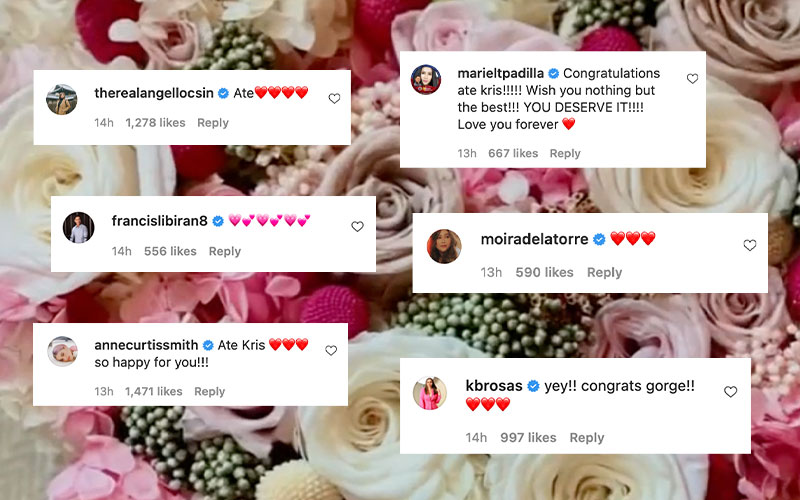 Kim Chiu, meanwhile, shared how the sweet video made her smile. "Wow!!!!! I was smiling the whole video!!!!❤️❤️❤️ so much love and happiness ate❤️❤️❤️ you deserve all the happiness in the world ate," she commented. 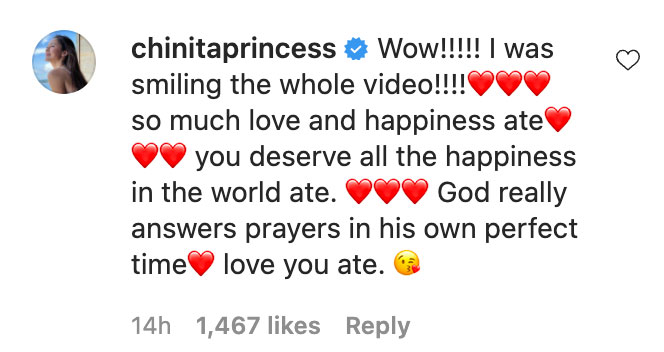 "I love you, my nanay ❤️❤️❤️," commented Miles Ocampo, who Aquino treats like her own daughter. Earlier in the year, Aquino and her son Bimby surprised the 24-year-old actress for her birthday.

The 50-year-old TV host's sidekick on her show Kris TV, Darla Sauler, shared her well wishes for the couple, saying "I'm so happy for you Krisy!"

Aquino's post about her engagement on Oct. 24 marks the first time she publicly acknowledged her relationship with former Interior and Local Government Secretary Mel Senen Sarmiento. She hinted about being in a relationship when she posted a birthday message to a special someone without mentioning who that person was.